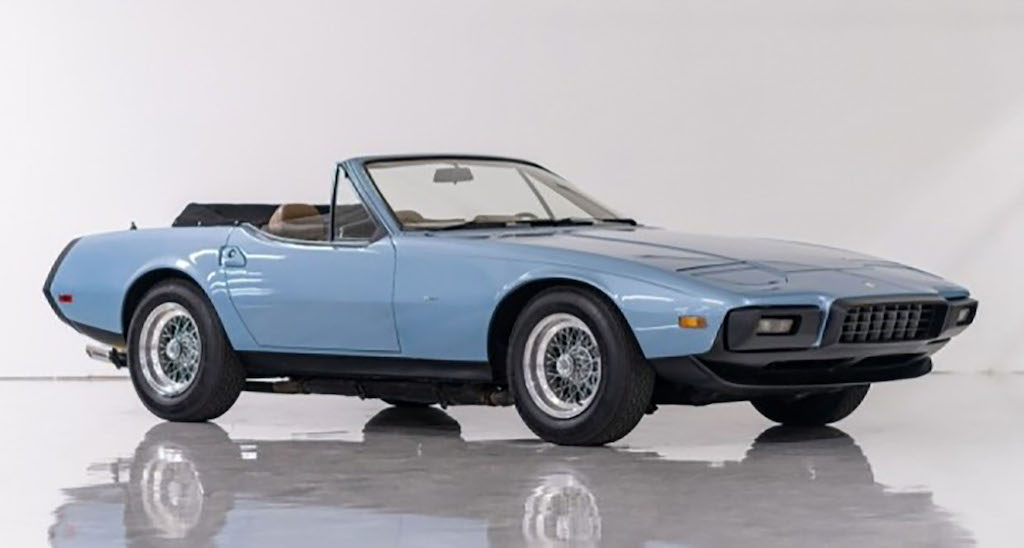 The 365 GTB/4 presented here, chassis 14897, is a remarkable example of the coachbuilt Ferrari. According to a report compiled by Ferrari historian Marcel Massini, the Daytona was completed at the Ferrari factory on January 11, 1972, as a US-specification 365 GTB/4 Berlinetta and finished in the elegant color scheme of Giallo Senape (Mustard Yellow) with black leather upholstery. It was delivered new to official North American distributor Luigi Chinetti Motors of Greenwich, Connecticut, and subsequently involved in an accident while in the possession of its first owner.

The damaged car was returned to Chinetti, who sent it to Modena, Italy, for a total rebuild and conversion into a Giovanni Michelotti-designed NART Spider. Numerous sources state that the project was being done at the behest of actor Steve McQueen, or was destined for his possession, but there is no documentation to support this. Unveiled at the 1974 Torino Motor Show, the one-off convertible design featured a targa bar, dramatic cut-down doors, and molded bumpers, exuding a character much different from a standard Daytona.

The cockpit of 14897 was redesigned to complement the striking, angular appearance of the exterior and incorporated the original Veglia Borletti gauges into the layout. As completed, the Ferrari was finished in an attractive color scheme of metallic pale blue over (orange) tinted leather upholstery.

Very few of the Daytonas were custom-bodied, and Chinetti was responsible for the vast majority of them, commissioning five highly individualized examples between 1974 and 1976, including 14897. For the 1975 NART Le Mans effort, Chinetti ordered a Daytona Competizione, chassis 15965, with Michelotti coachwork. In 1976, Chinetti ordered three Michelotti Spiders of the same design, based on chassis 14299, 15003, and 16467.