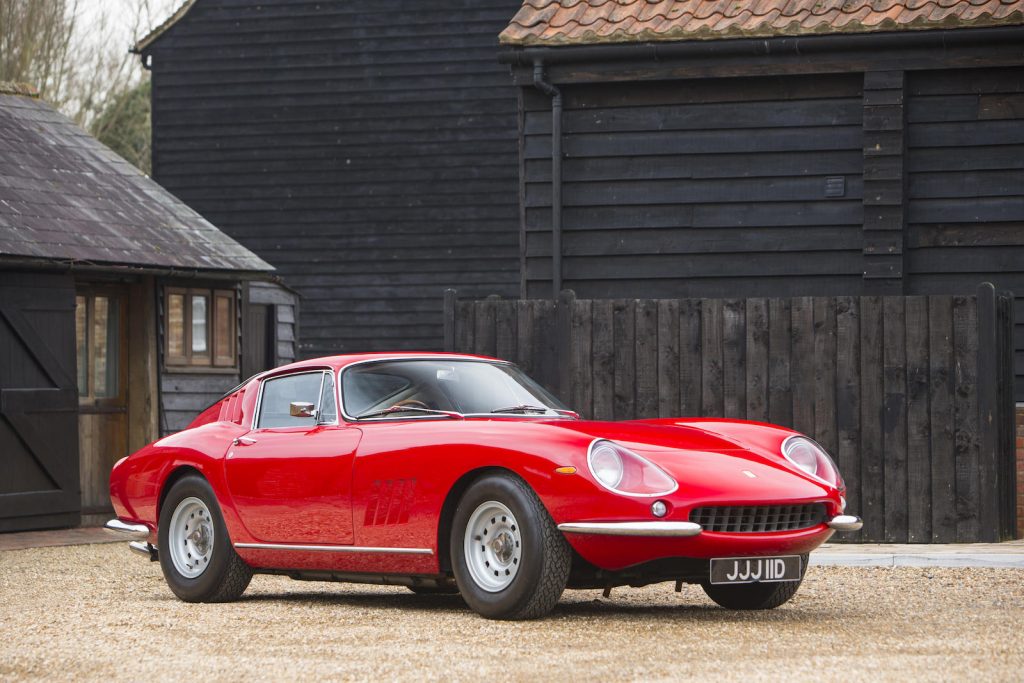 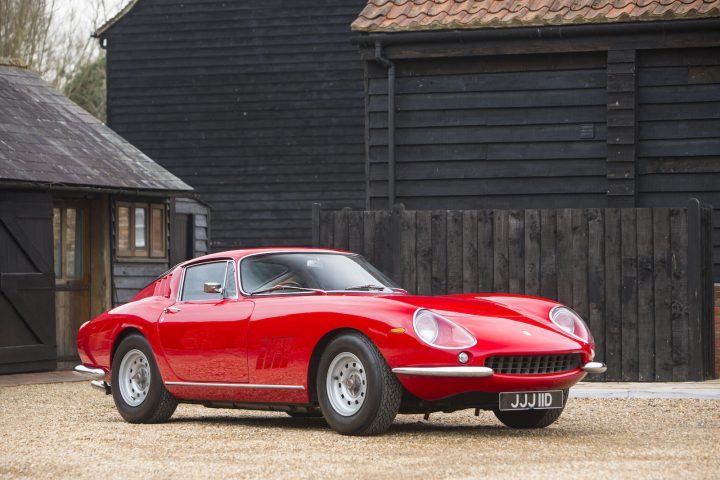 This car’s first owner was Mark Konig, gentleman racing driver and co-founder, together with Bob Curl, of the Nomad marque. Founded in 1967, Nomad built only three cars, all sports racers: two of the spyder/barchetta type and a closed coupé. The open Nomads were powered by 2.0-litre BRM V8 engines and enjoyed considerable success in international sports car and endurance races in the early 1970s, often with Konig himself sharing the driving. 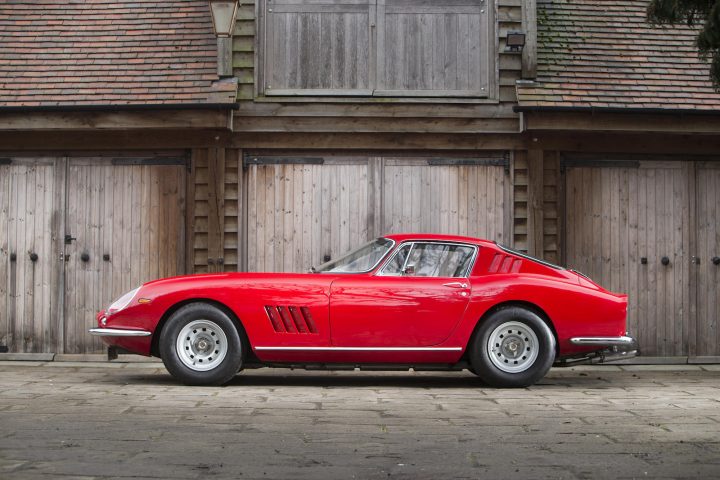 Following Mark Konig’s ownership, ‘08647’ was sold to Lord Mexborough and in 1987 was listed in the Ferrari Owners Club England Registry as once owned by B J Smallthwaite of Burton, South Wirral. In 1997 Parragon published Mark Konig’s book ‘Ferrari The Legend’, which features ‘08647’ on page 36, painted red. The Ferrari’s next known owner, from 1998, was Toby Ward. The current vendor purchased ‘08647’ from Duncan Hamilton Ltd in 2004. 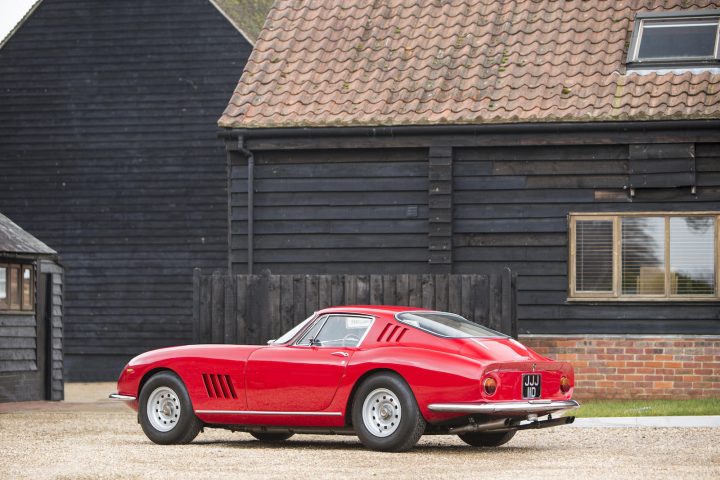 There are bills on file for a ‘last nut and bolt’ restoration carried out by Maranello Concessionaires in 1991 at a cost of £97,000, together with others for an engine rebuild by marque specialists GTO Engineering undertaken in 2009 at a cost of £37,000. Some 20,000 miles have been covered since the 1991 restoration, and only 1,300 or so since the engine rebuild. Following the rebuild, the engine was dynamometer tested and found to produce 287bhp at circa 7500rpm and 220lb/ft of torque: excellent figures for one of these units, regardless of the output claimed by Ferrari! 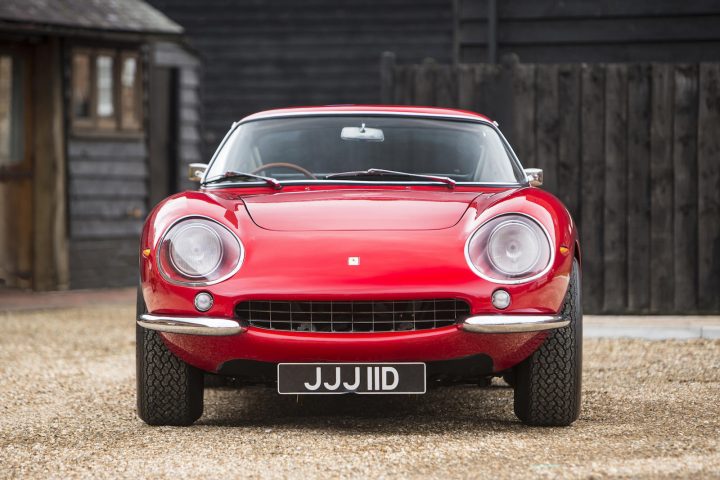 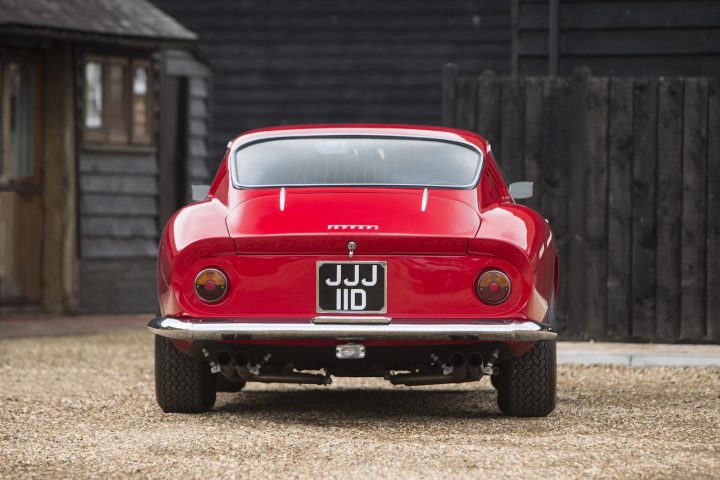 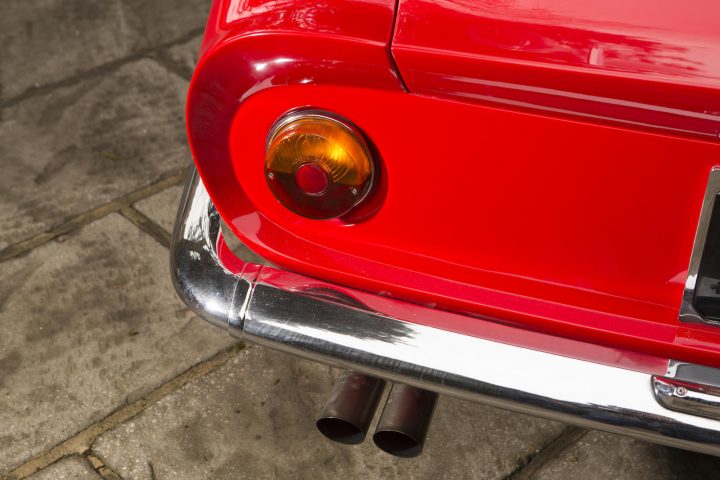 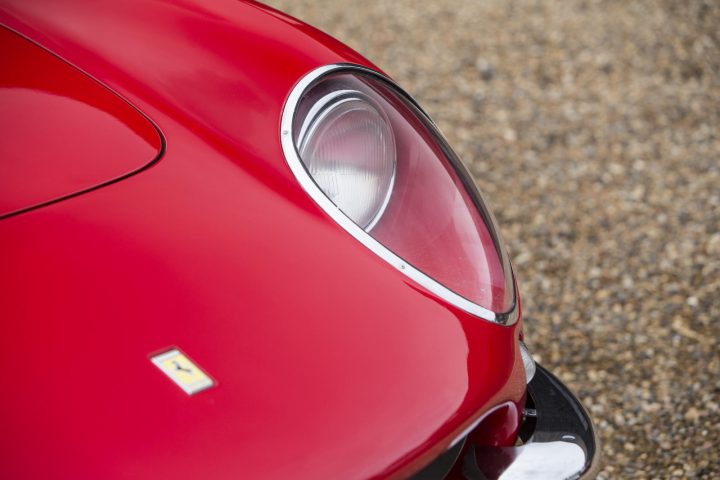 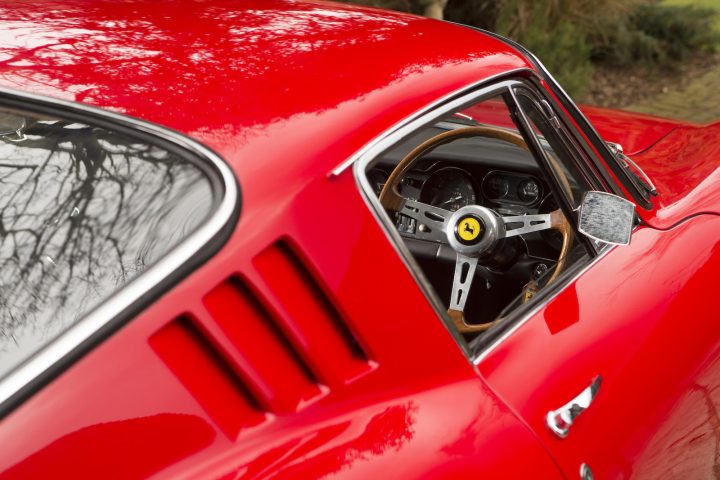 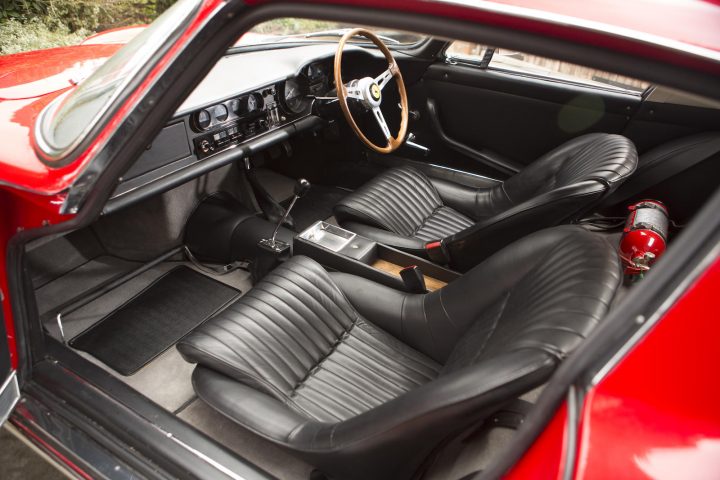 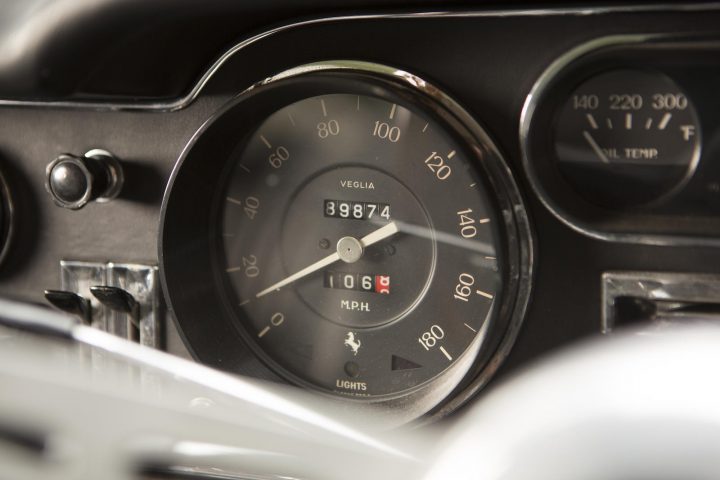 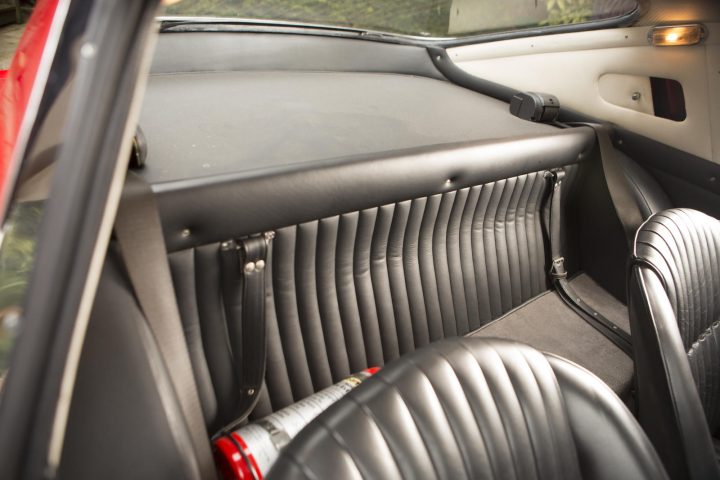 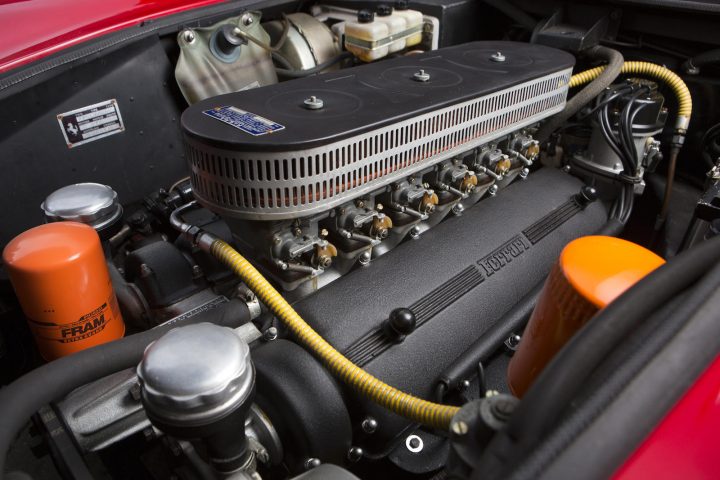 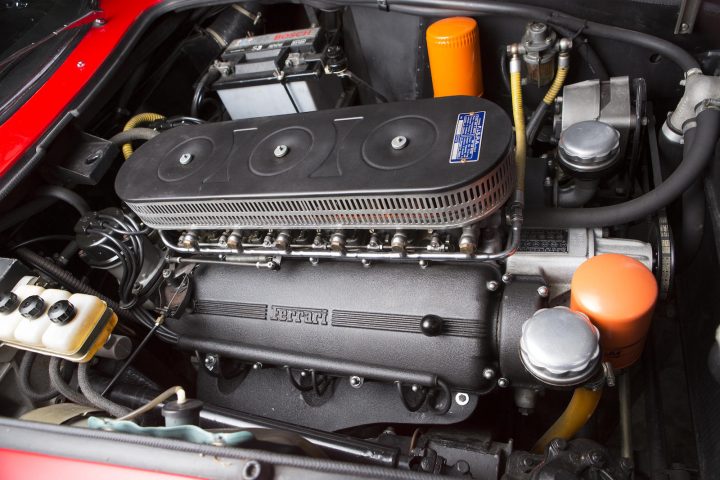 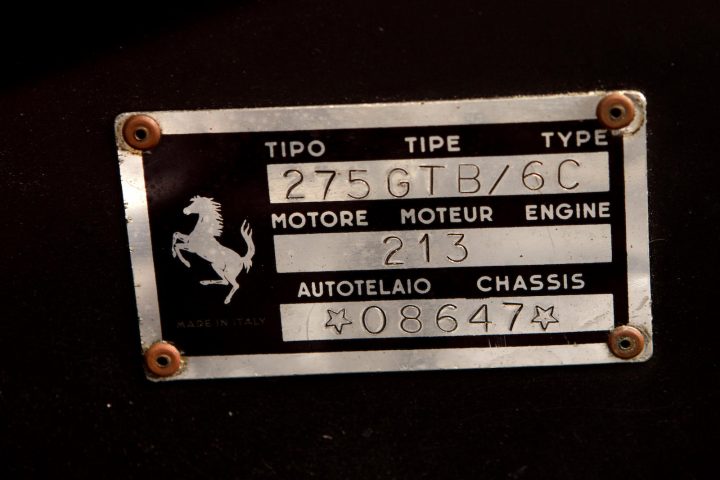 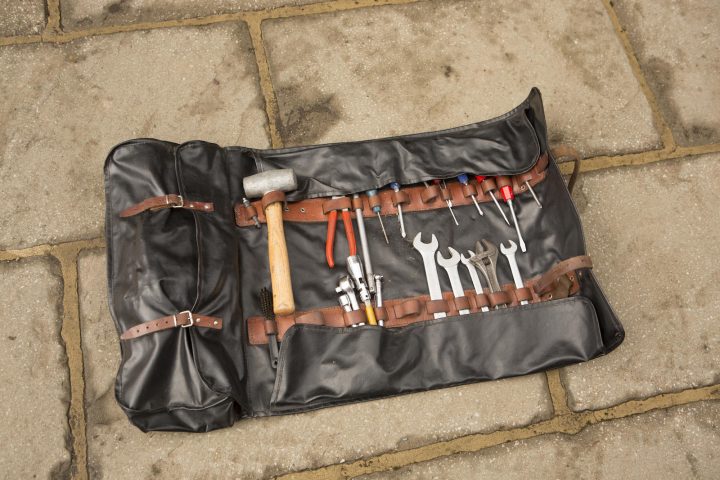