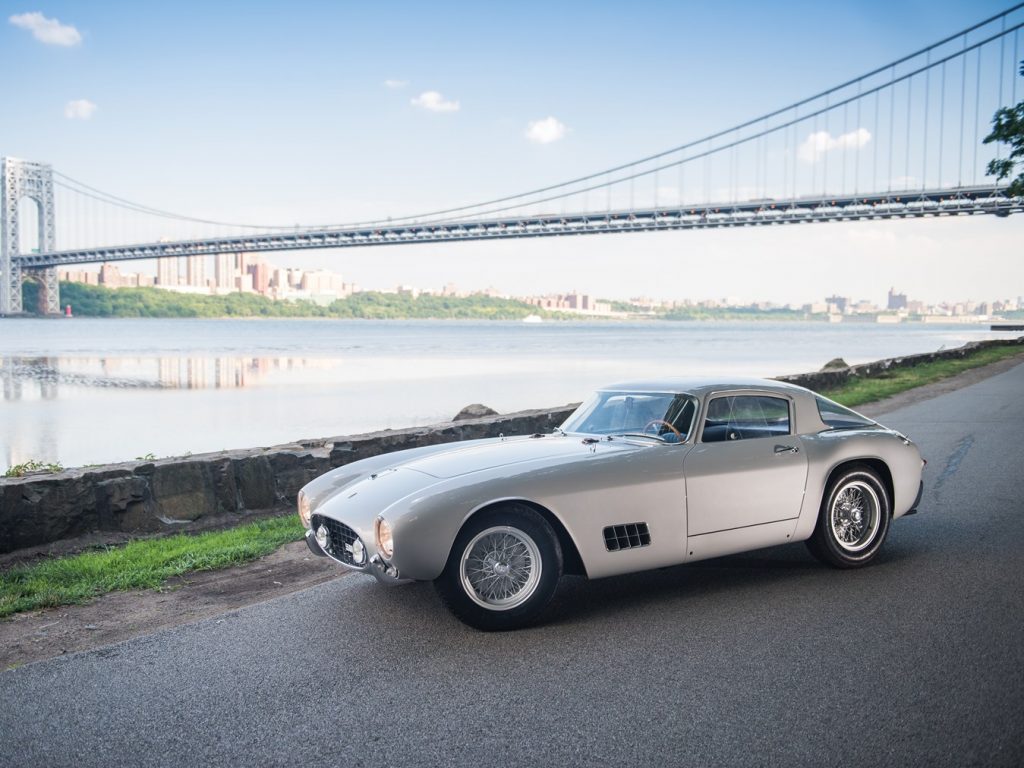 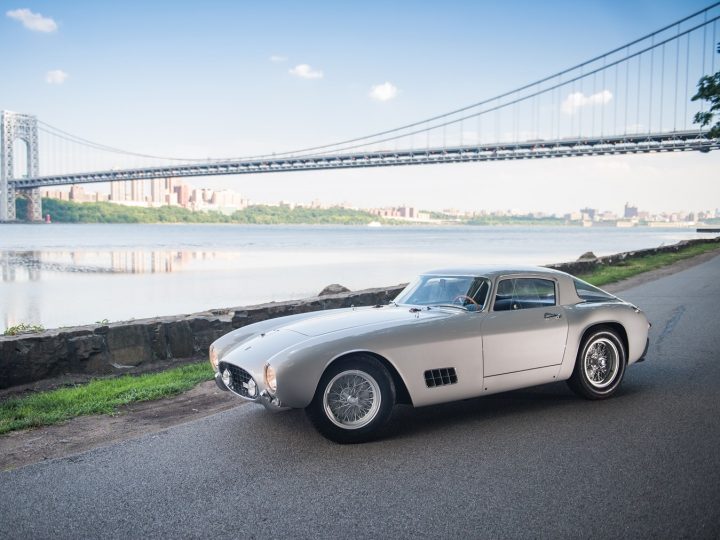 The car shown here is part of the first series of nine TdFs built, and in fact, as the second example, it was actually produced prior to the Tour de France victory that gave the model its famous nomenclature.
Chassis number 0507 GT was delivered new to Dr. Ottavio Randaccio of Milan on 23 April 1956. Only five days later, it was entered into the Mille Miglia, wearing race number 510. It would appear that by the end of 1956, the car must have suffered some race damage, as the headlights and taillights were changed to reflect the later cars of that early series. Over the course of the 1957 and 1958 seasons, Dr. Randaccio continued to drive the car at a handful of hill climb events, mostly in Italy, but in two races in Austria in 1958, as well. 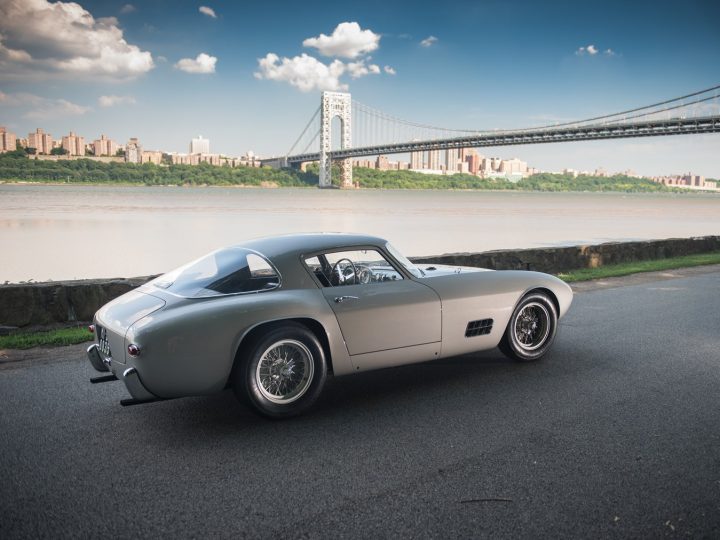 Following the 1958 season, the car was passed to Angelo Roma, also of Milan. While the car would continue its competition career in Signore Roma’s ownership, rather than drive it himself, the owner selected noted French rally driver Rene Trautmann to pilot the TdF. It was a wise decision, as Trautmann secured 1st in Class finishes in his first three events with the car during the 1959 season, an incredible feat for a three-year-old racing car!
In the early 1959 season, the car was returned to the Scaglietti coachworks as the result of a second shunt and once again Signore Roma chose to have its styling modernized, with a lowered nose, smaller grille, covered headlamps, and a rear spoiler. In this form, the car ran in what would be its final race in period, the Tour de France—the same event that gave the car its legendary nickname—but did not finish the race. 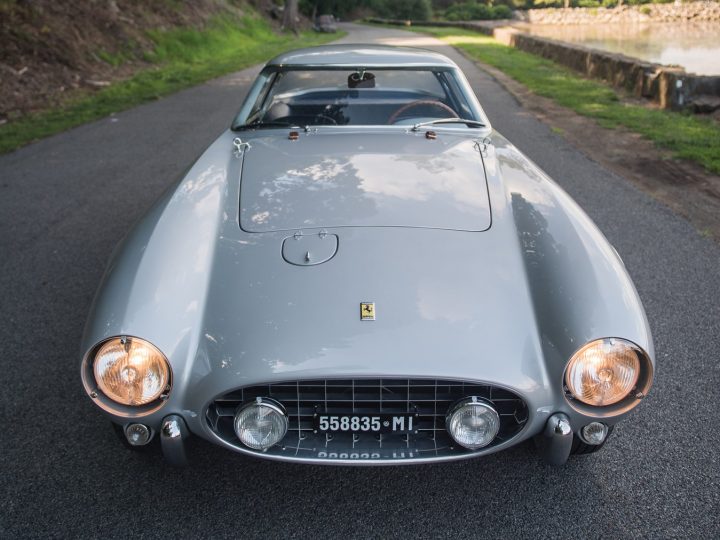 The car remained in Roma’s ownership until 1962, when it was sold to Maria Felicita Gattori of Milan. Following two years in her care, the car left her ownership and was imported to Switzerland.
By 1968, the car had passed into the ownership of the well-known Ferrari author and historian Rob de la Rive Box of Vilmergen, Switzerland, before being sold again that same year to Claus Ahlefeld of Kvaerndrup, Denmark. The mileage was noted at that time as being 52,000 kilometers (just over 32,000 miles), indicating what an impressive, albeit short, racing career it led. It would remain in Mr. Ahlefeld’s ownership for a remarkable 32 years, spending much of that time at the Egeskov Veteranmuseum, his castle and renowned private collection.
Sam and Emily Mann acquired the car from Mr. Ahlefeld in 2000, and subsequently decided that chassis number 0507 GT would be fully restored back to its original configuration, as it had appeared during its second season. Accordingly, the car was shipped to Ferrari distributor Classic Coach of Elizabeth, New Jersey, who performed much of the restoration. A short while later, the car was delivered to marque specialist David Carte of Classic & Sport Auto Refinishing in Edinburg, Virginia, known for the high-quality workmanship and attention to detail it performs on Ferraris for some of the world’s foremost collectors. Carte’s facility completed some mechanical work as well as show details. As part of the work, the nose and tail were returned to their original configurations, as raced in the 1957 Tour de France. The body was refinished in a most attractive color combination, its original silver grey with a blue leather interior. 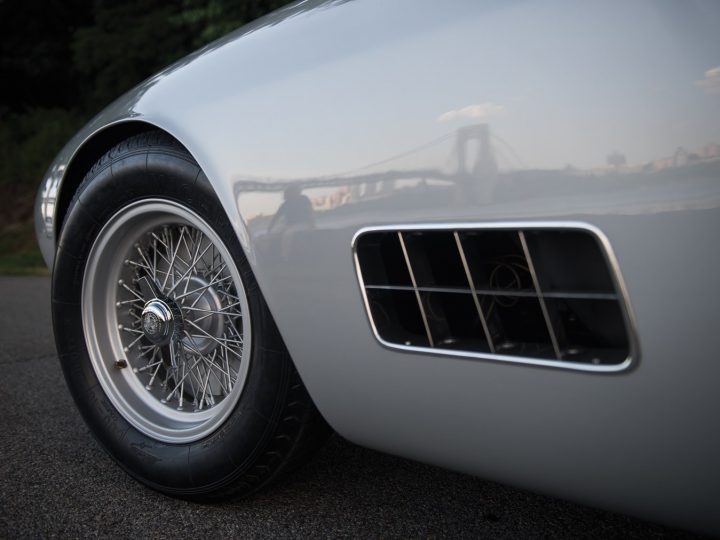 Since restoration, the car has been shown, driven, and enjoyed at a selective handful of the world’s most prestigious automotive events. It was displayed for the first time post-restoration at the Cavallino Classic in 2006, 50 years after its construction, and was awarded Platinum honors and the Gran Turismo Cup for Best of Show GT. That August, it ventured here to the Monterey Peninsula, where it was awarded 3rd in Class at the Pebble Beach Concours d’Elegance.
Yet, typical of Mr. Mann’s restorations, the car has been enjoyed for its performance as much as for its dramatic beauty. The Manns drove the car on the 2008 Colorado Grand, reporting that it performed admirably on the 1,000-mile rally; it has also performed admirably on the California Mille. 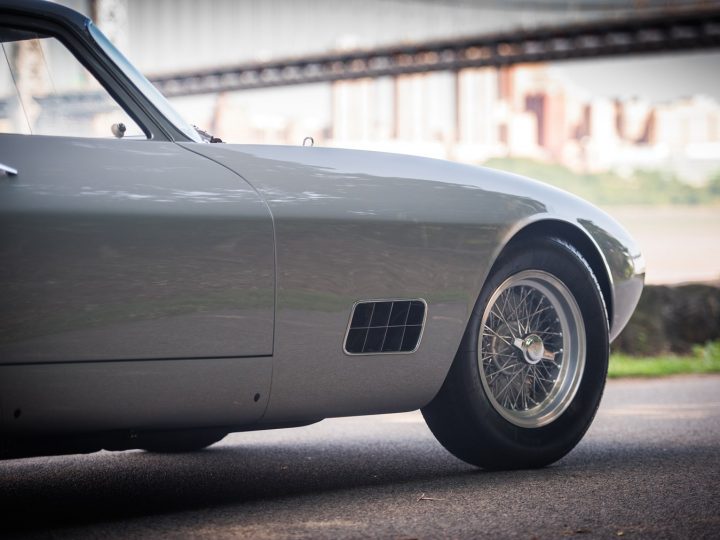 In many ways, the 250 GT Berlinetta Competizione, a.k.a. the “TdF,” is the most important of the Ferrari gran turismo berlinettas of the company’s golden era. It is the road-and-track model that paved the way for such future successes as the 250 GT SWB and the 250 GTO; in fact, it can be contended that without the “TdF,” neither of these two models would have existed in the form in which they became legendary—nor would there have been a California Spider, a car whose drivetrain owes much to the Berlinetta Competizione’s development.
Sam and Emily have enjoyed 0507 GT in their collection for many years; in Sam’s words, “In my opinion, it is one of the most elegant cars penned along lines by Pinin Farina, and while designed as a race car, it is wonderfully at home for leisurely driving or long-distance touring. Presented in highly compelling colors from a wonderful collection, 0507 GT has been enjoyed and preserved as a superb example of the breed and a must-have in any collection of Enzo-era Ferraris. It represents the proud genesis of an era.” 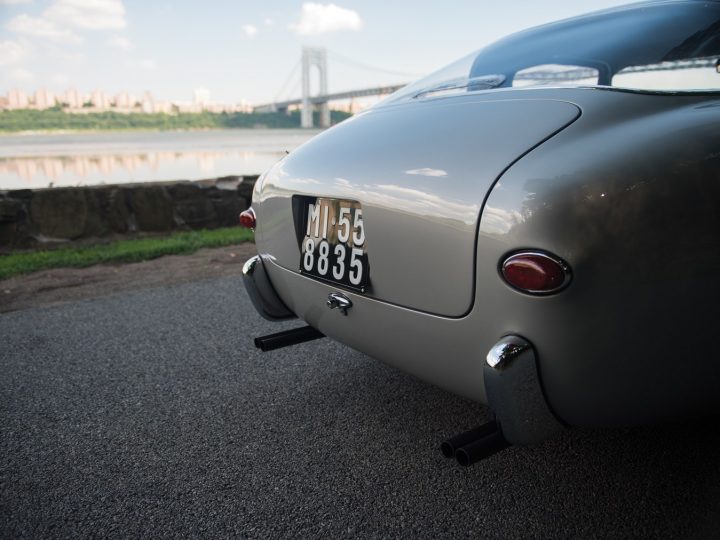 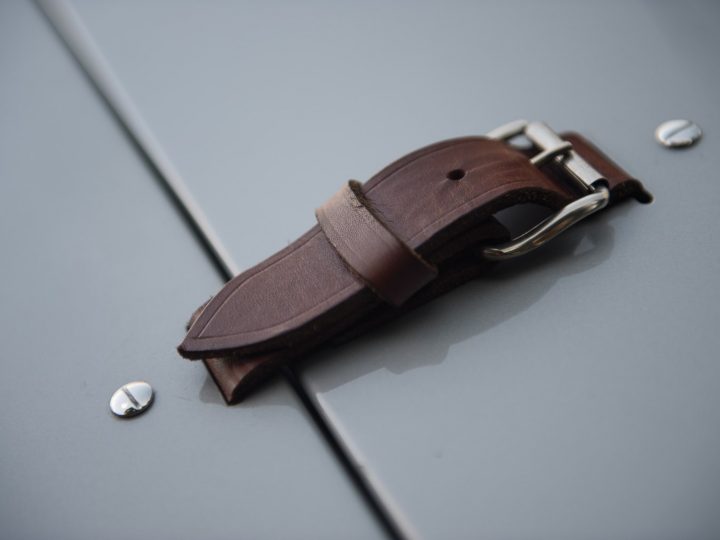 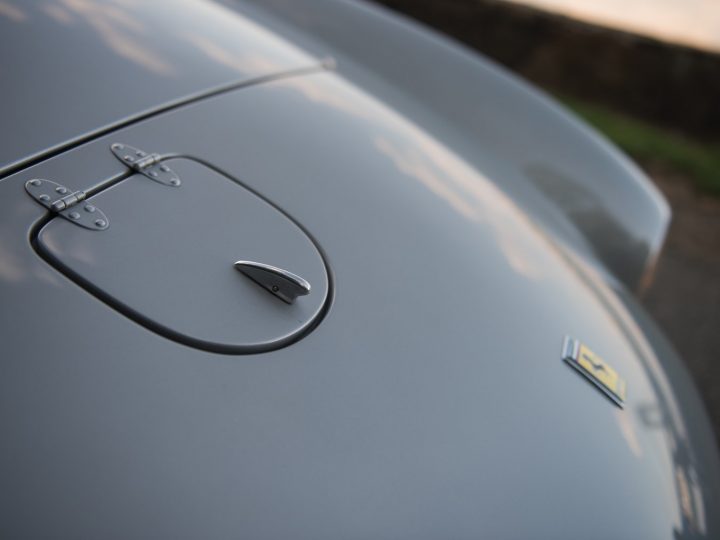 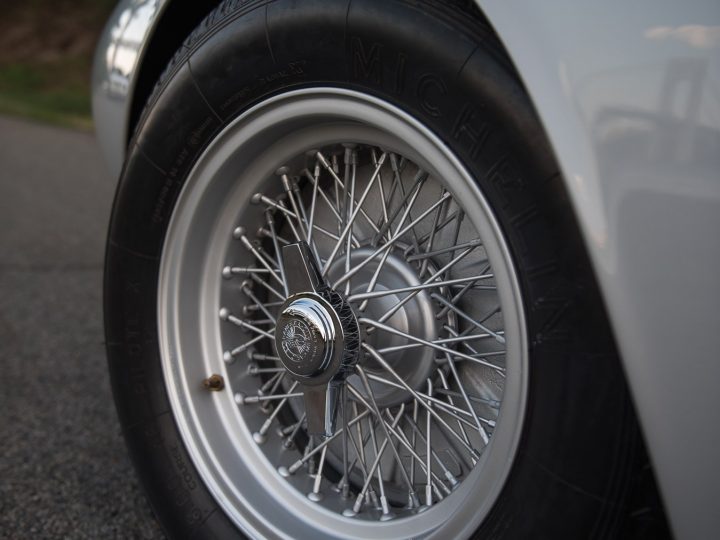 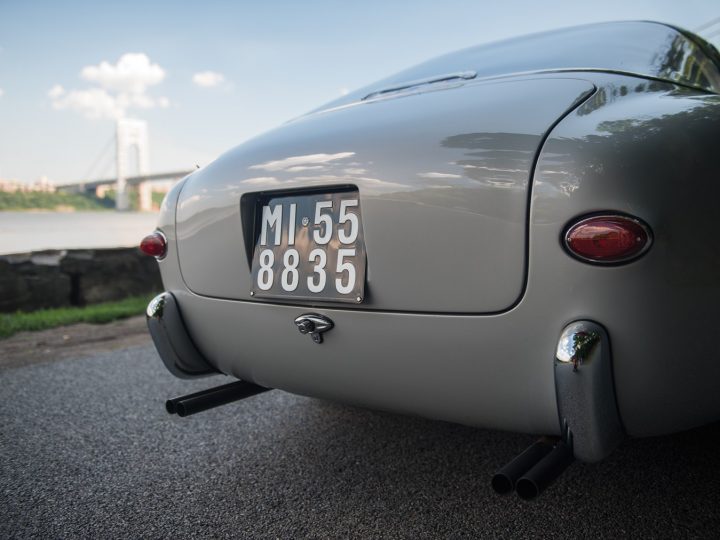 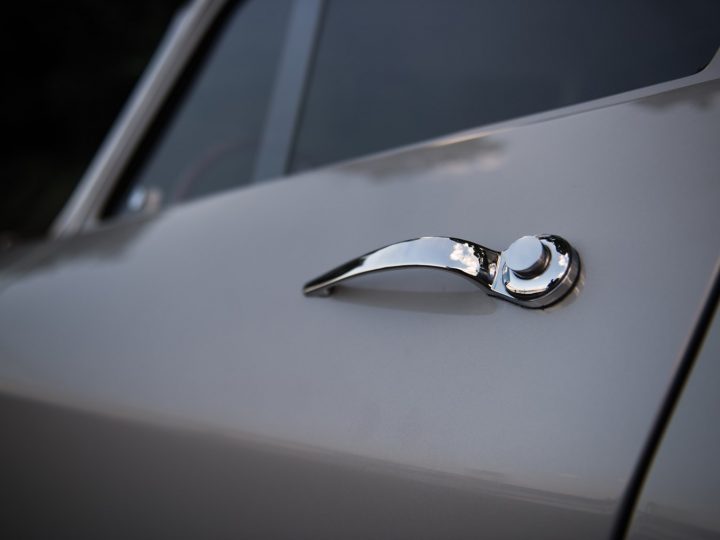 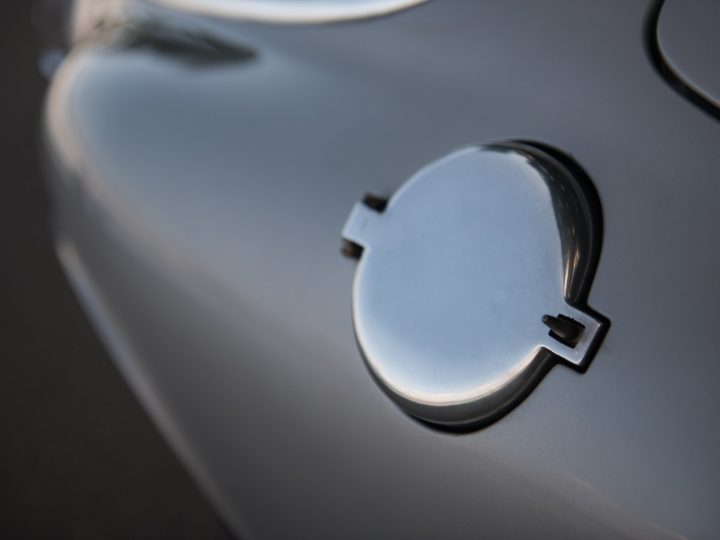 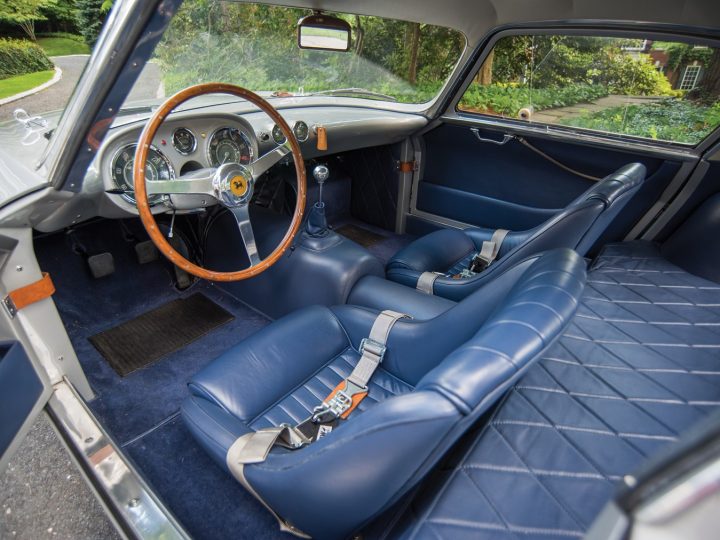 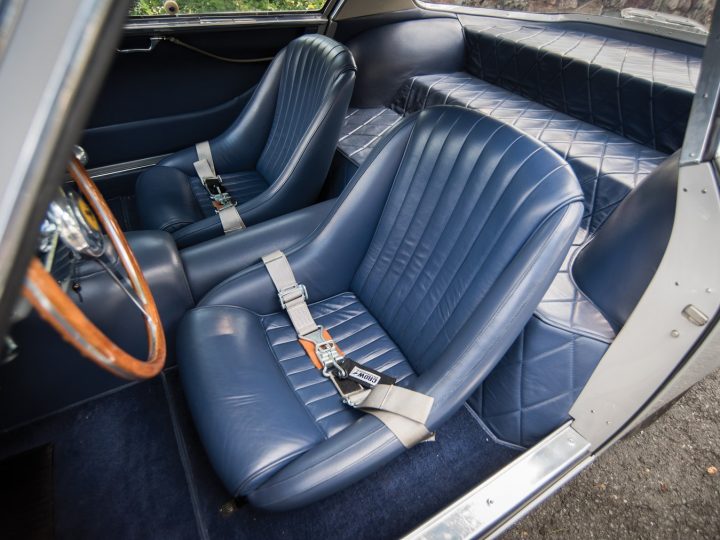 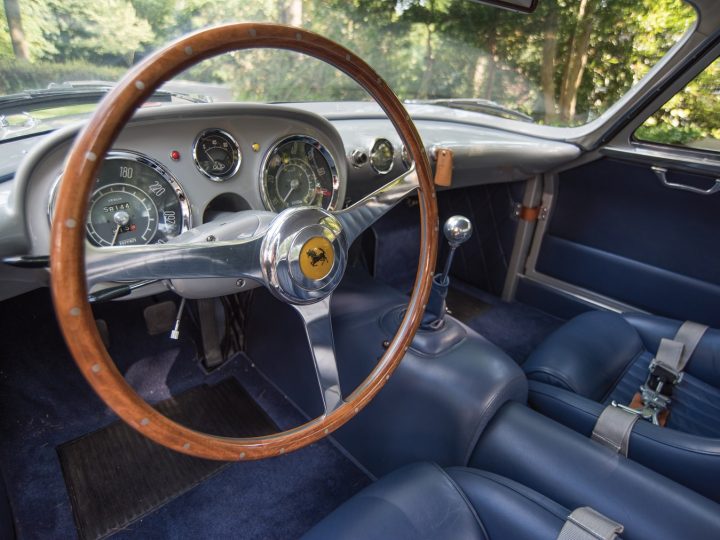 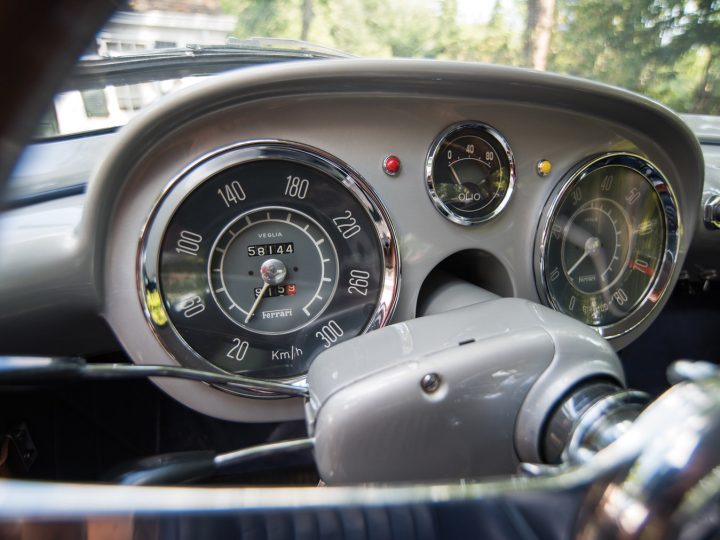 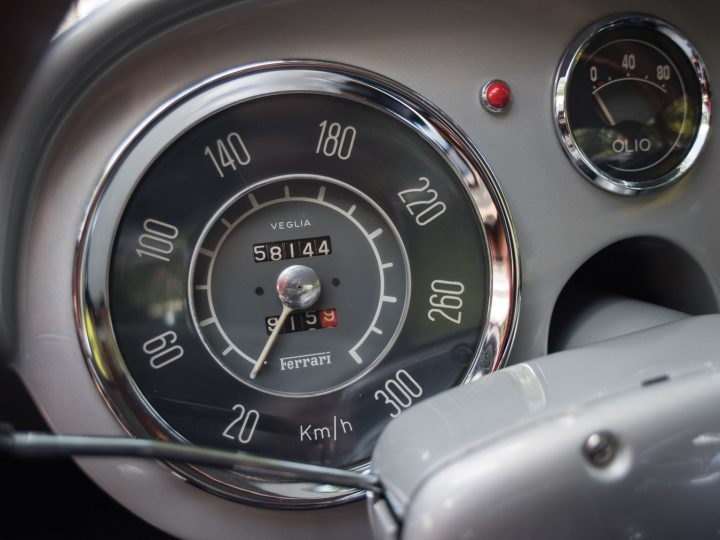 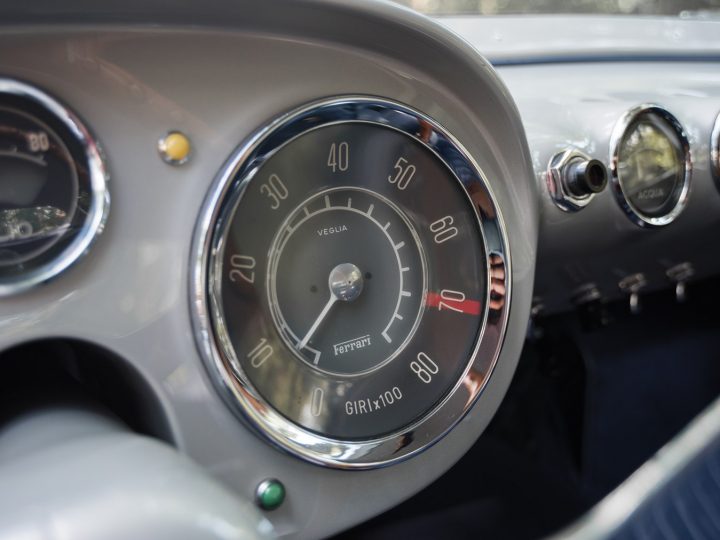 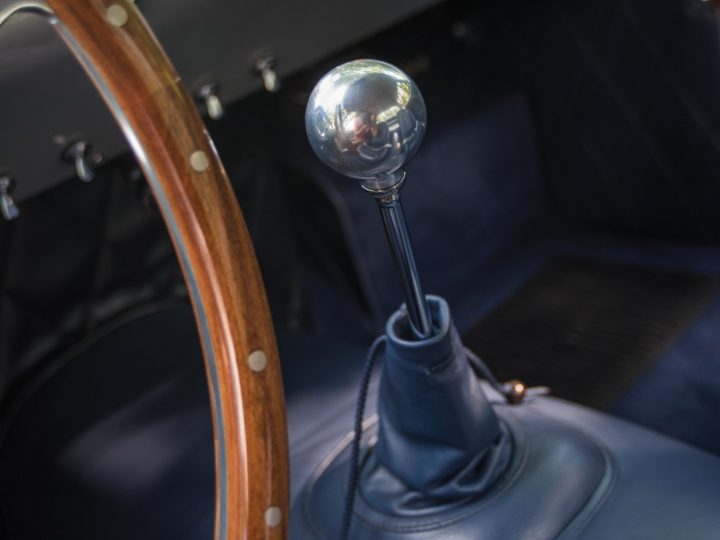 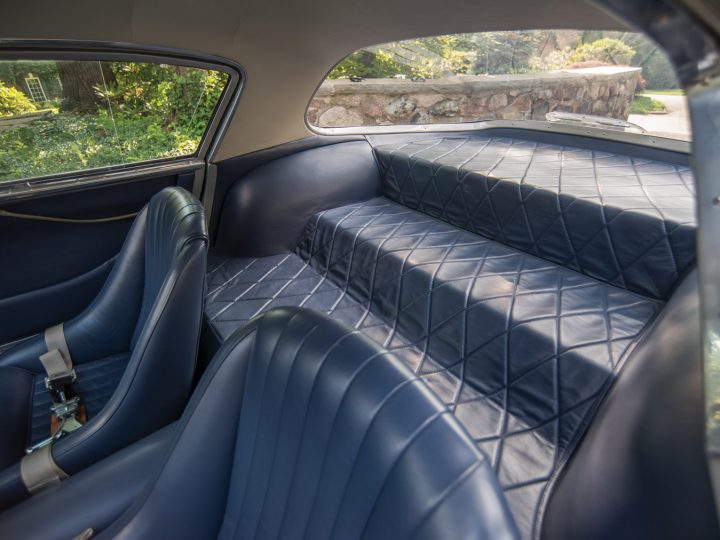 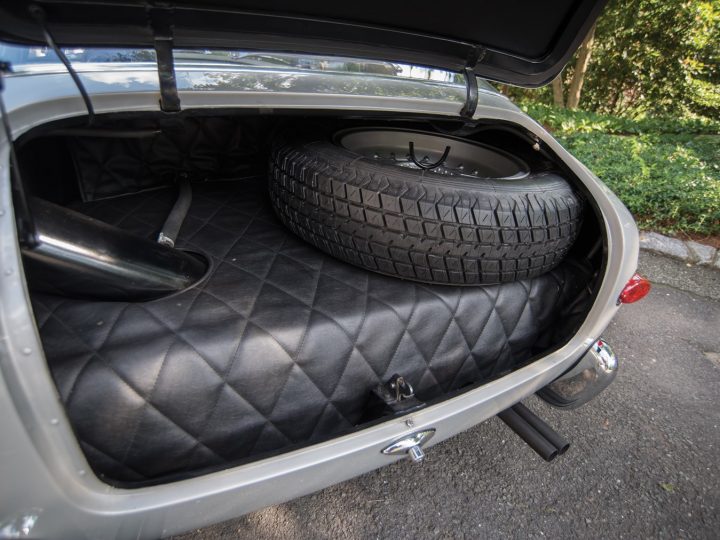 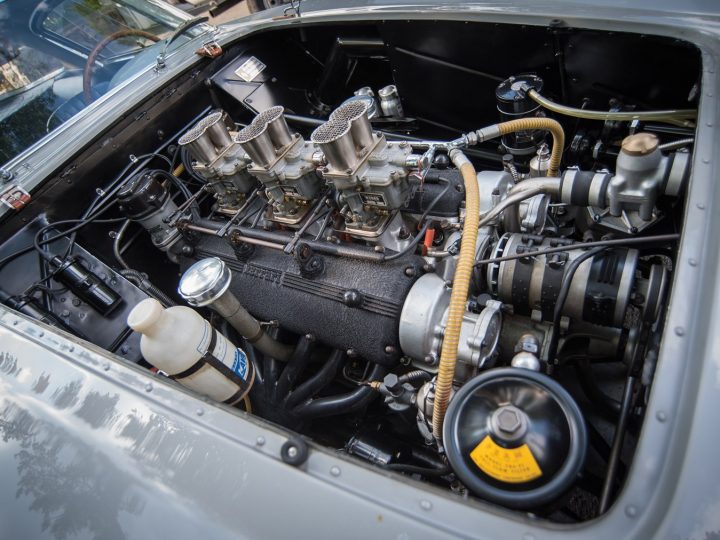 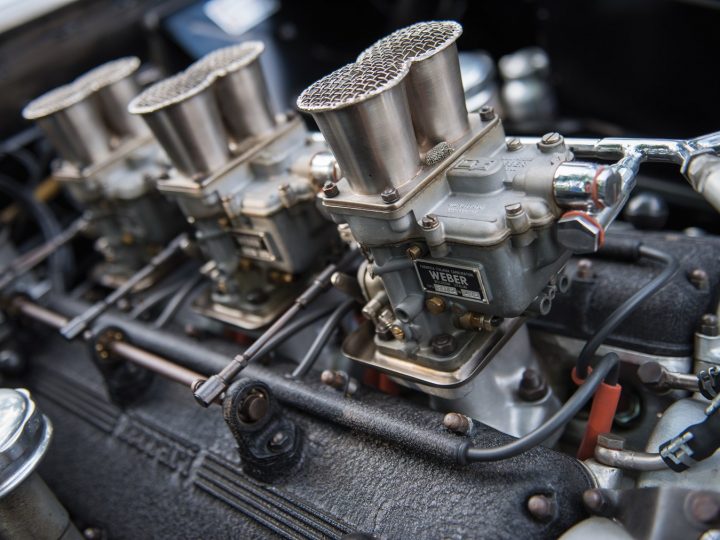 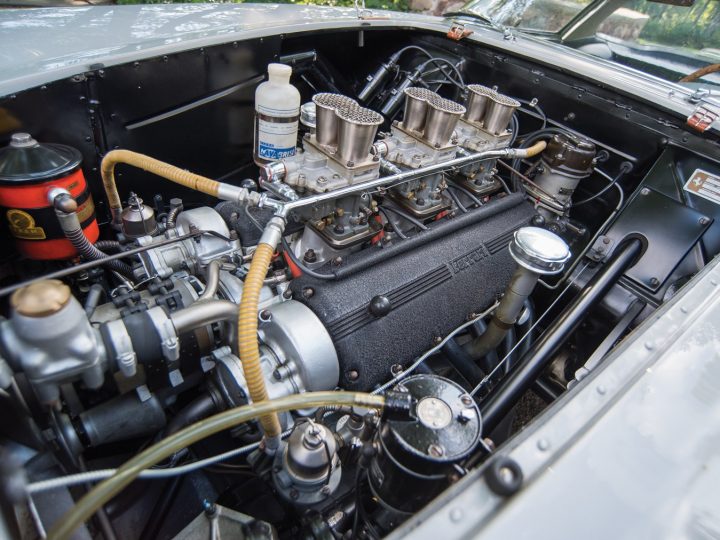 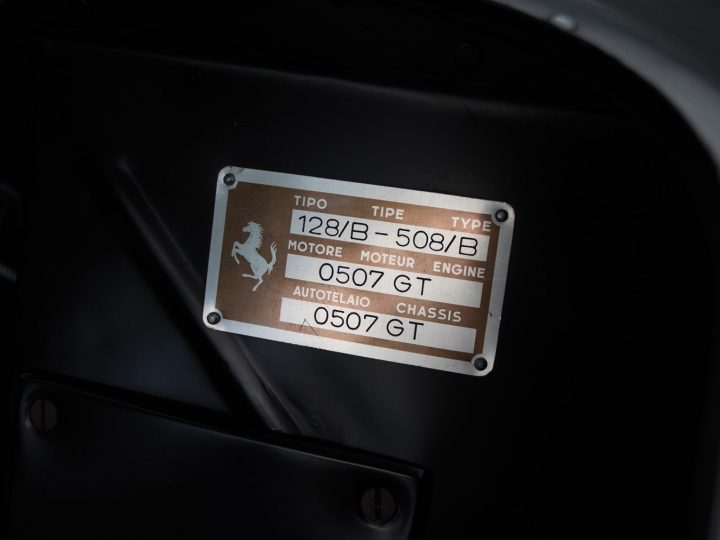