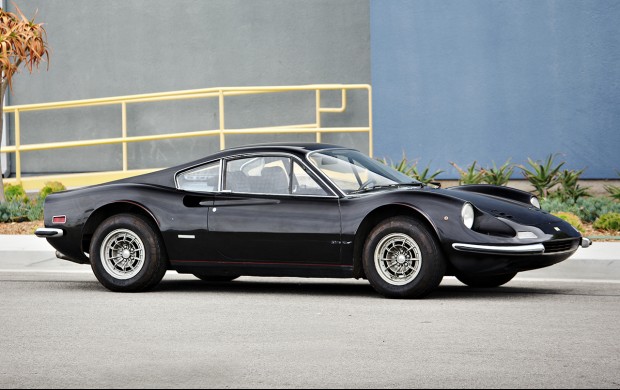 One of 1,623 third-series (Series E) coupes, and one of only 219 Dinos originally finished in Nuovo Giallo Fly (then a relatively new factory color), this 246 GT is a fascinating example, recently discovered in San Francisco following decades in static storage. 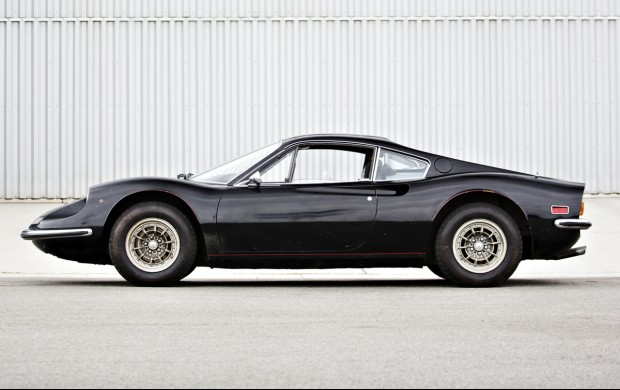 This car, chassis 06686, is believed to have been equipped from new with the rare combination of fender flares and Campagnolo alloy wheels, but with standard Dino seats rather than the optional Daytona “chairs.” Dino authority Matthias Bartz estimates that just 40 246 GTs were originally specified with this combination of features, of which a mere 15 were built for the European market. 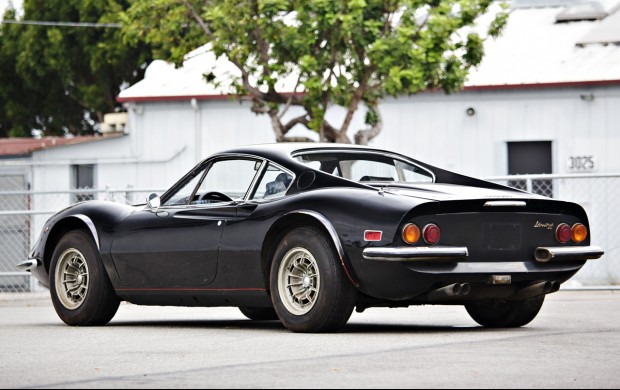 Despite being completed as a left-hand-drive example with instruments in kilometers, the European-specified Dino was sold through Maranello Concessionaires, the famed British Ferrari retailer that also ran one of the factory’s preferred privateer racing teams. The car, completed in June 1973 and trimmed with a black vinyl interior, was delivered to an unknown owner in England that fall. 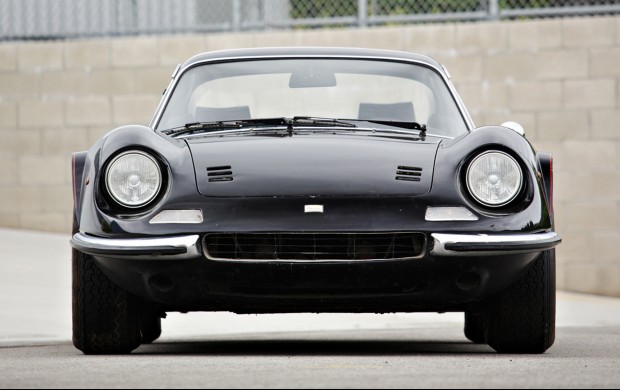 In 1975, the 246 GT was exported to California and then purchased in Venice Beach by Victor Karawanny, a US Navy pilot. In a note retained in the car’s file, the airman wrote that the Dino displayed about 56,000 km when he bought it. He registered 06686 in California on vanity license plates reading “VIX DINO,” and drove the car sporadically for three years while stationed at San Diego, during which time he was often deployed on aircraft carriers. 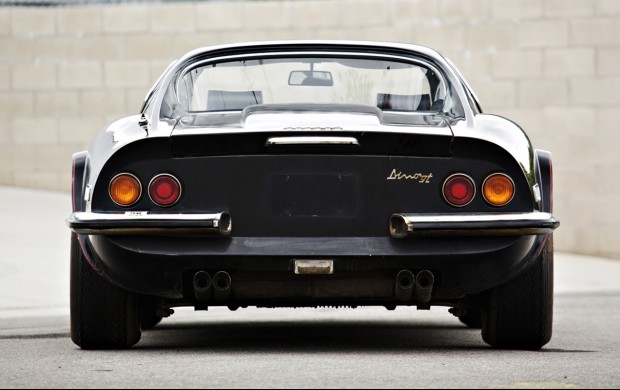 The Ferrari was stored in San Francisco during these six-month stints. After Karawanny’s discharge from the Navy in 1979, he enrolled in graduate school in Montana, where the Dino served as his primary transportation. In 1981, the pilot re-enlisted in the Navy and the Dino was garaged while he was stationed in Puerto Rico. The car was ultimately placed in static storage in San Francisco, where it remained until early 2016. 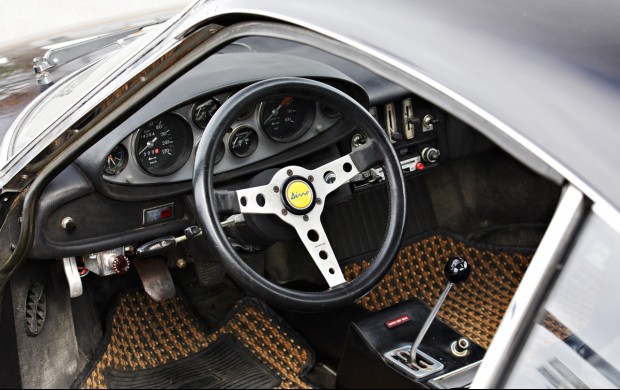 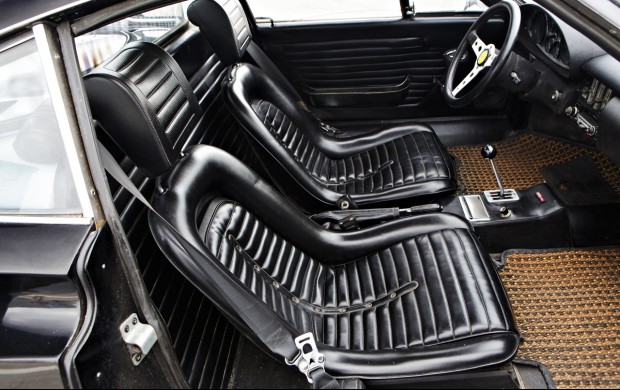 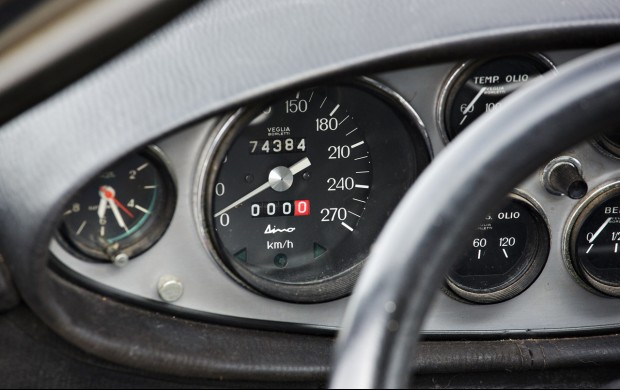 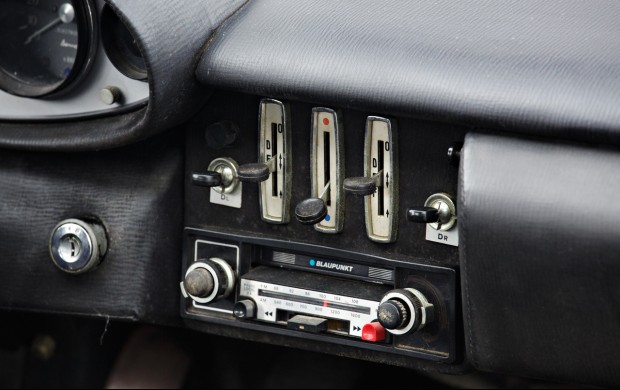 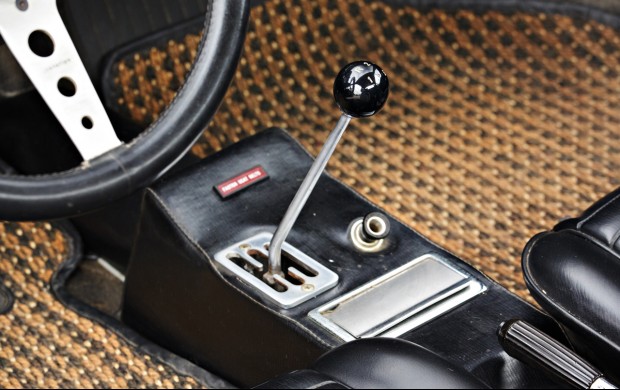 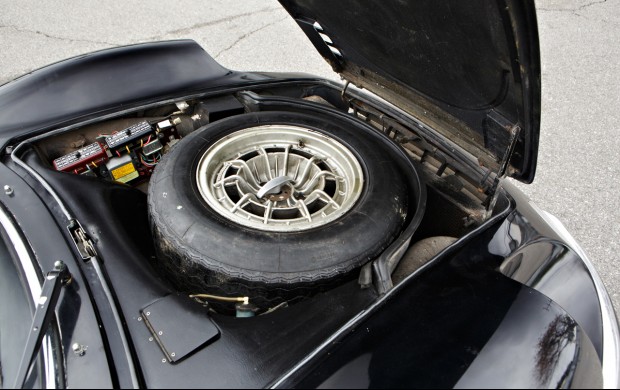 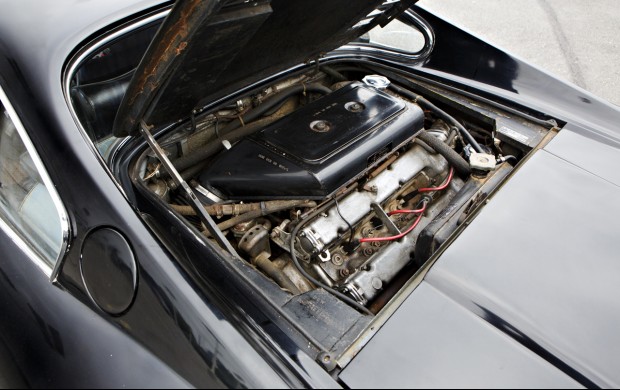 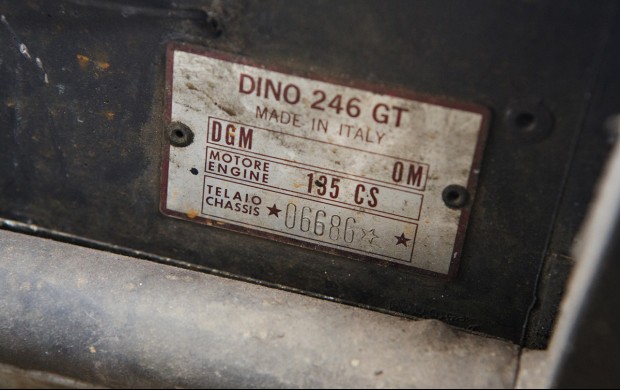