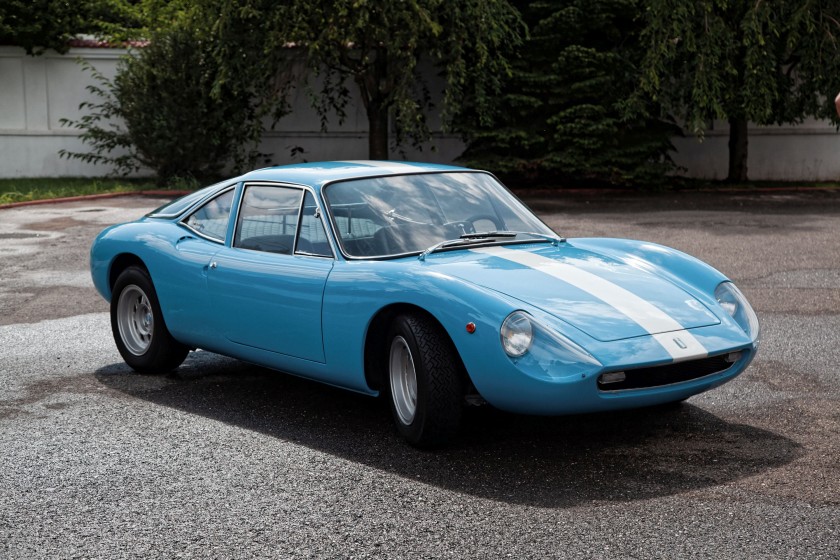 The De Tomaso Vallelunga is a particularly rare and interesting car and we are delighted to present this example, sold in 1966 to its first owner, probably in France. It was bought by the second owner in 1971, in the Haut-Rhin where it remained until the owner died. At this point it was being prepared for a re-spray and had been partially stripped. The car was offered in this condition in an Artcurial Motorcars auction in June 2015 where it was acquired by the current owner, an enthusiastic European collector at the head of an important collection.
In 2017 he set about continuing the restoration that had been started. This work has recently been completed to a very high standard. During the restoration process, when the bodywork was off, the original chassis number was found (VL1612). This number appears in the De Tomaso registry and it is believed that Vallelunga numbers starting with “VL16″ correspond to a special ” Competizione ” series. According to the registry, out of a total of 43 Vallelunga known to have survived, only 5 have this particular specification. It appears these cars were fitted with twin-cam Lotus engines instead of the Ford Kent engines used in the rest. The owner therefore decided to replace the pushrod Kent engine in the car (which will be sold with it, still with its De Tomaso cylinder head cover) and fit a Lotus twin-cam engine. Note that Artcurial Motorcars presented the sister car VLD 1611, (D for Destra or right-hand drive), in the 2018 Retromobile sale.
The restoration was carried out meticulously, and attention was paid to the combination of colours discovered when it was stripped. The results are magnificent and the sky-blue with white stripe enhances the elegance of this petite coupé designed by Giorgetto Giugiaro and inspired by the Ferrari 250 LM and the Dino 206. The compact cockpit respects the original layout with wood trim and lovely bucket seats. Below the vast glass rear bubble, the rear compartment is covered in quilted fabric and finishing details such as the drilled door handles reflect the attention paid to keeping the weight down. The car had a daring design, with a mid-engine, beam chassis and suspension inspired by Formula 3. Unfortunately however, the price was high, the same as a Lancia Flaminia Zagato at the time, which slowed demand.