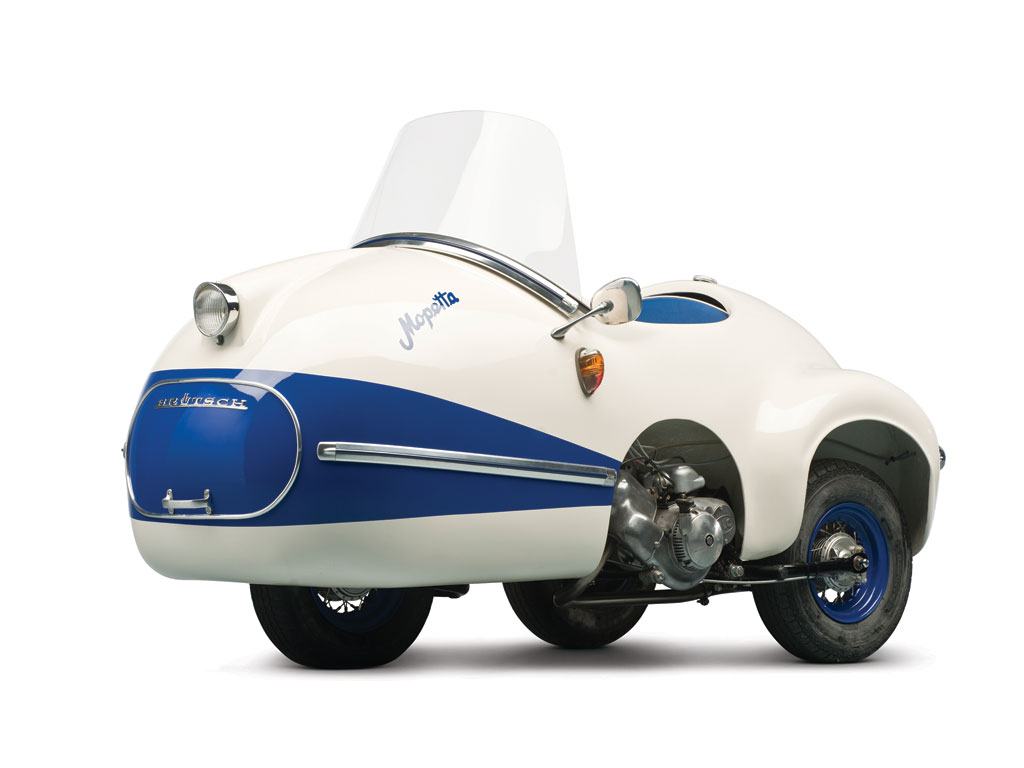 Egon Brütsch decided he would build “the world’s smallest car” for the 1956 IFMA (International Bicycle and Motorcycle Exhibition in Frankfurt, Germany).

The Prototype was apparently created overnight and the next day he leaned some wheels against it, had his Secretary sit in it and he took One Photograph of it.

While he had time to attach the wheels for the IFMA Exhibition, he did not find time to sort out the mechanicals, so the Mopetta was placed high up for display so that this was not an issue.

After much interest at the IFMA from several countries, Brütsch began to actually set about to make the Mopetta work and fitted a 50cc ILO motor with kickstarter to it.

Since the body was Fiberglas, Brütsch hit upon the idea of also marketing the vehicle as a “boat”. The fact that it was not watertight did not discourage him in the least. Publicity photos were taken apparently showing the Mopetta crossing a stream, but in reality, the water was perhaps only a few inches deep at the most.

Georg von Opel planned to build the Mopetta at the HOREX factory to sell it as the Opelit at his OPEL dealership, but he lost interest in 1958 and only 14 units were ever built.