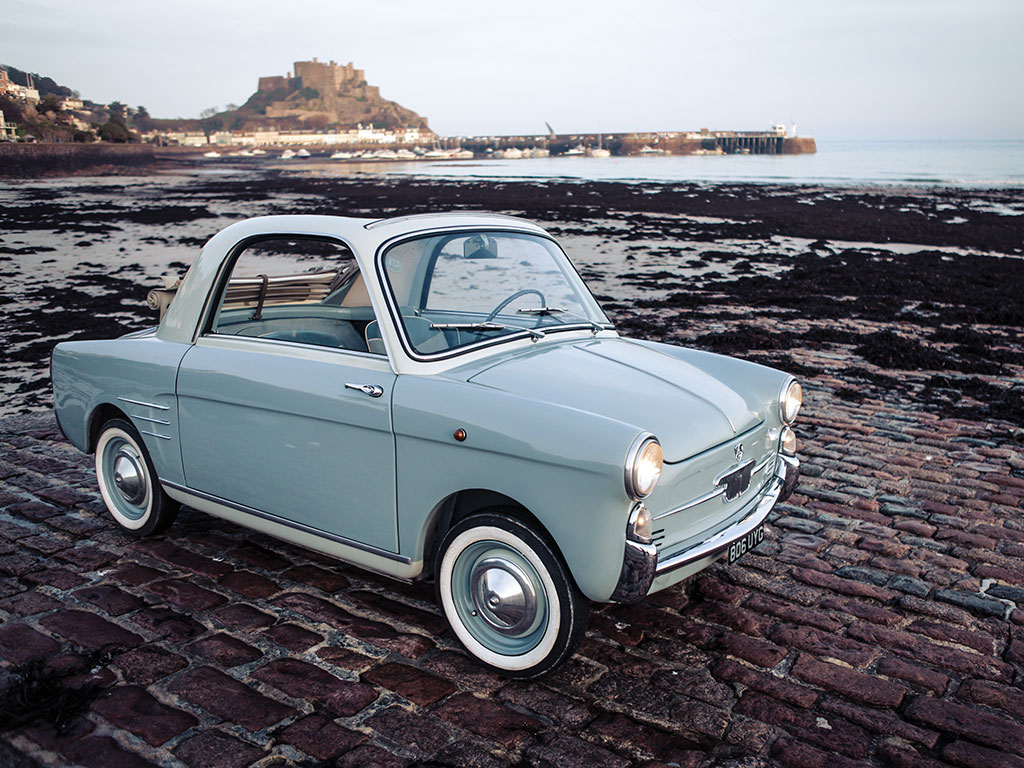 The first vehicle produced under this new venture was the Bianchina. Bursting with an abundance of sporting character, the Bianchina offered sturdy Fiat 500 mechanicals and a luxurious level of trim for the era. The understated yet captivating Bianchina was further enhanced by a series of upgrades, including a lowered suspension, which contributed to the sportier ride. The Bianchina was quite a capable performer, with a top speed of 60 mph and an estimated range of nearly 300 miles. Fuel economy reportedly approached an impressive 50 mpg. With its limited-production cachet, the Bianchina was quickly regarded by enthusiasts as “the rich man’s Fiat”.

The first body style to roll off the assembly line was the Transformabile, or semi-convertible. Ultimately, only 10,000 of these open-top examples were produced.