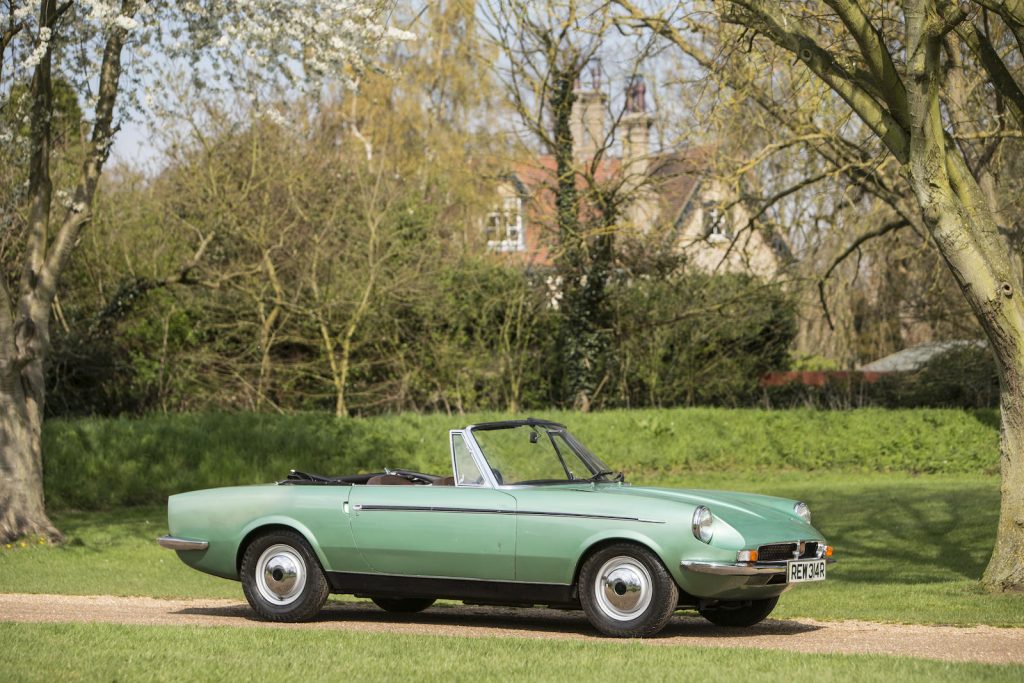 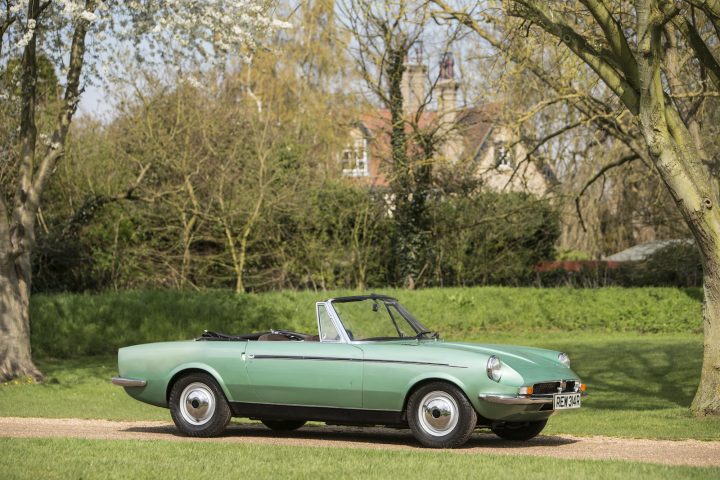 The unique car presented here is one of the many fascinating ‘might have beens’ in the history of the MG marque. Its planning began in 1964 when Abingdon’s engineers’ thoughts turned to a ‘next generation’ MGB that would have better chassis dynamics: specifically, the new car would incorporate the independent rear suspension intended for the original but abandoned as too expensive. Designer Syd Enever’s team was responsible for constructing the prototype, code named ‘EX234’, raiding the BMC parts bin for the 1,275cc A-Series engine and gearbox, Austin Champ rear axle, and Hydrolastic suspension units. Suspension was by upper and lower wishbones all round, steering was by rack and pinion, and there were disc brakes on all four wheels. 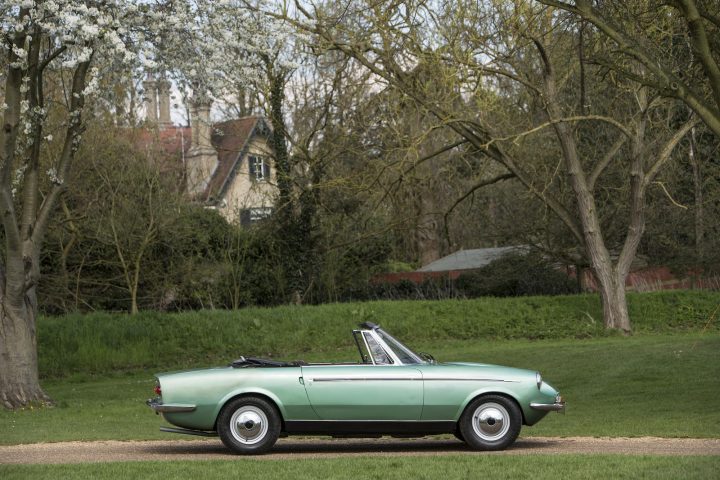 Once completed, the rolling chassis was despatched to Pininfarina in Italy for bodying, and the result contains hints of the master coachbuilder’s FIAT 124 Sport Spider and Alfa Romeo Duetto, while at the same time incorporating the sawn-off ‘Kamm’ tail that would later appear on the Alfa Romeo 1750. EX234 was intended to replace both the Midget and the MGB, and despite being more compact than the latter offered a more generously sized interior. The exterior trim on either side was different: one style being for the GT version, the other for the open roadster. 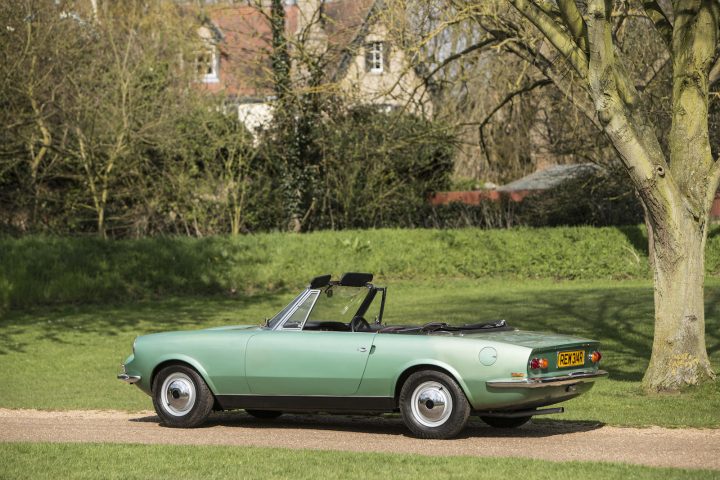 Back in the UK, EX234 was enthusiastically received by all who drove it. In his book ‘MG – The Untold Story’, David Knowles has this to say on the subject: ‘Roy Brocklehurst took the EX234 prototype to Silverstone where, according to Jim Stimson, it was driven by a few trusted experts… including John Surtees. Roy said they told him that the roadholding was as good as any car they had driven.’ 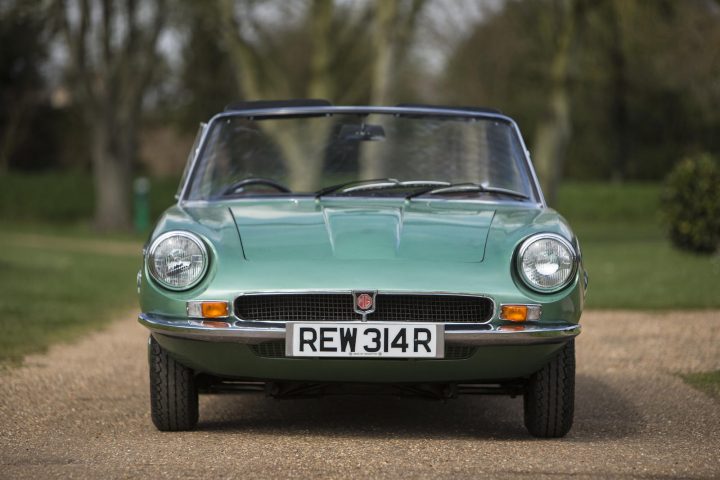 So why didn’t EX234 make it into production? At the time of its inception both the Midget and the MGB were still selling well, and it was felt by senior management that there was no pressing need for a replacement. The project was shelved. Following BMC’s merger with Leyland to form British-Leyland, the balance of power shifted within the reconstituted group in favour of Triumph, at least as far as thoughts of a new sports car were concerned, and when the time came it was the Triumph TR7 that was chosen, despite the MG marque’s greater popularity in the USA, B-L’s most important export market. 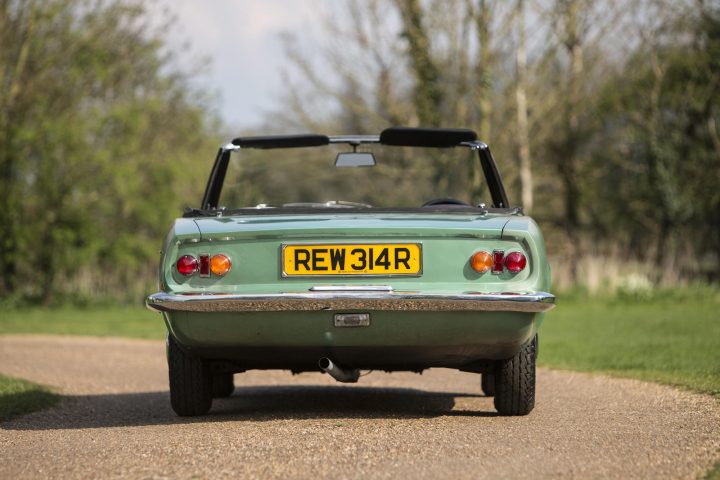 In 1977, with only 100 miles on the odometer, EX234 was acquired by the long established MG dealer Syd Beer, becoming part of his MG Museum collection in Houghton, Cambridgeshire. While there it was driven by motoring journalist John Sprinzel, who had been a works MG driver back in the 1950s. In the resulting magazine article (copy on file) he observes that the Hydrolastic suspension ‘kept the car beautifully flat and smooth through the corners, with none of the usual lurch over uneven bits of the surface. There was also no rear-end steer, and I felt that even without any development input that the handling was far superior to the current Spridget. 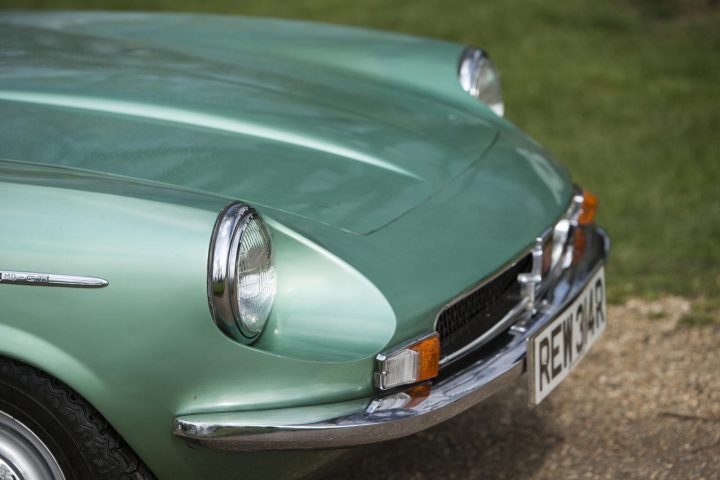 ‘The interior was vast, and for my six foot three inches of height, there was space for legs, knees, arms, and elbows. The small steering wheel was set amongst excellent instrumentation, and occupants were surrounded by interior trim far better than has been normal on Abingdon products, with comfortable seats and two compact extra back seats with better legroom than in the MGB GT. There was excellent visibility and really good braking… 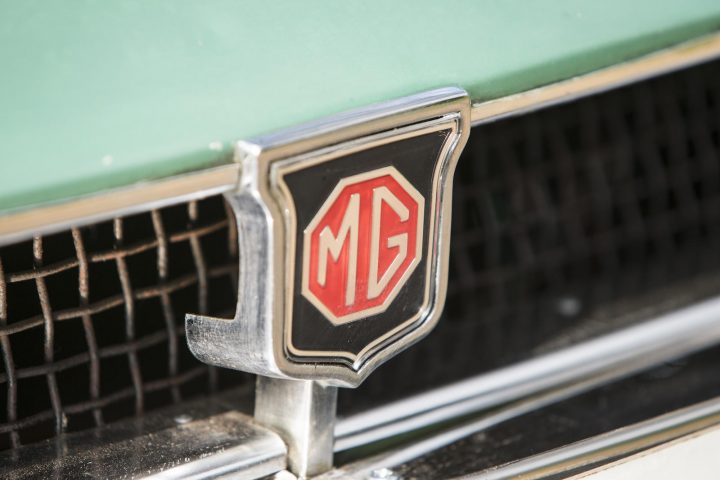 ‘All in all, I concluded my little road test by thinking this would have been a delightful successor to both the B and Midgets, with good looks, great performance, and probably the continued money-making record of many years of Abingdon sports cars.’ 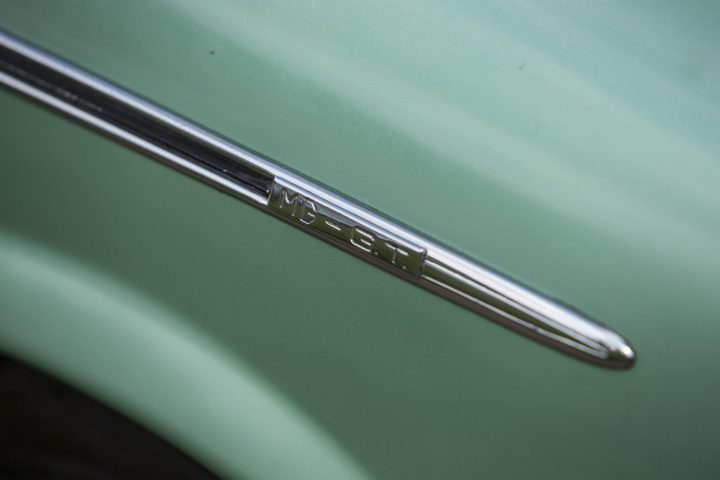 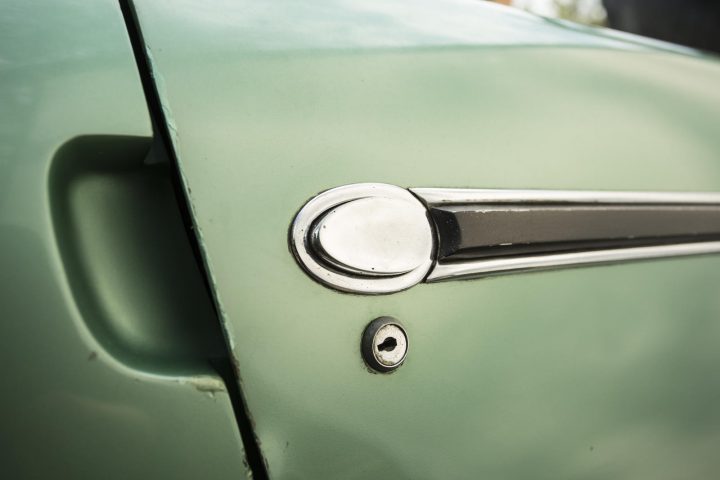 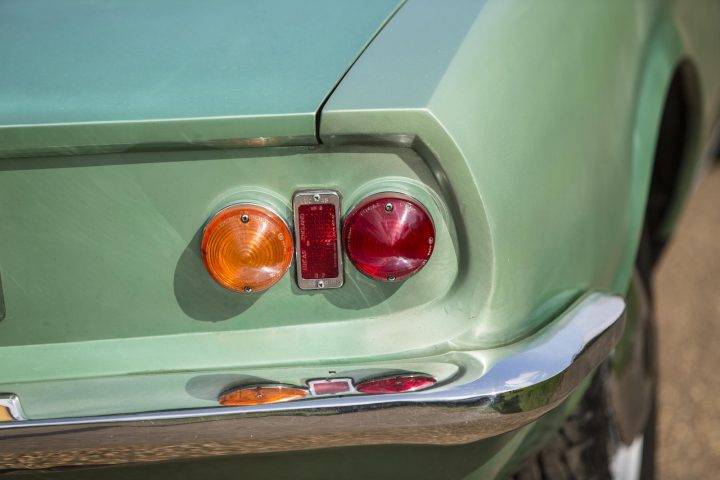 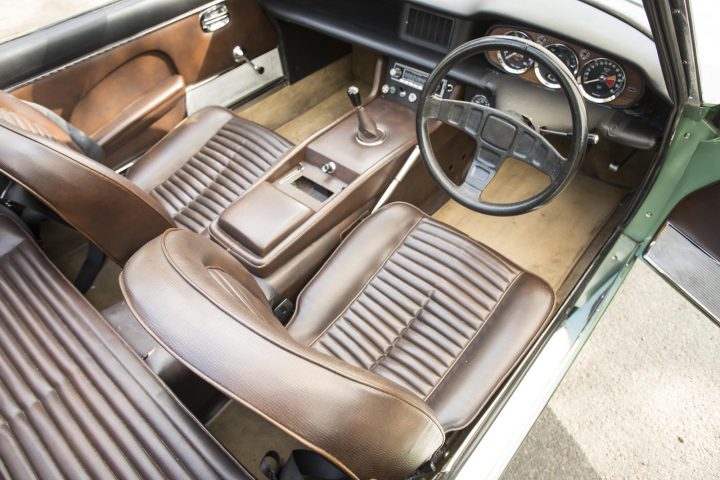 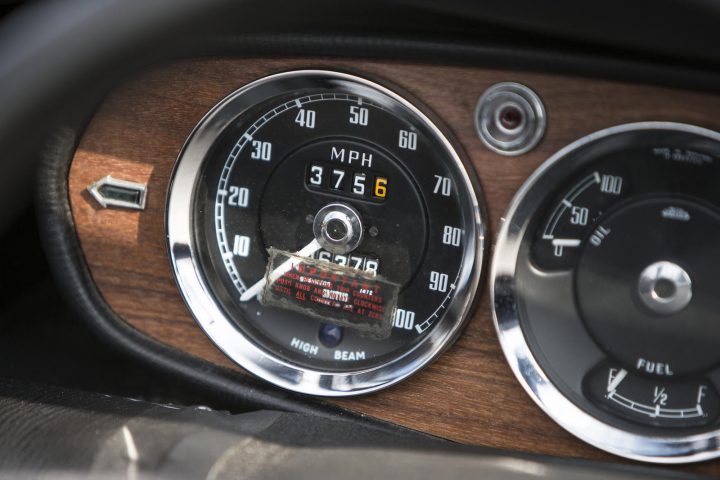 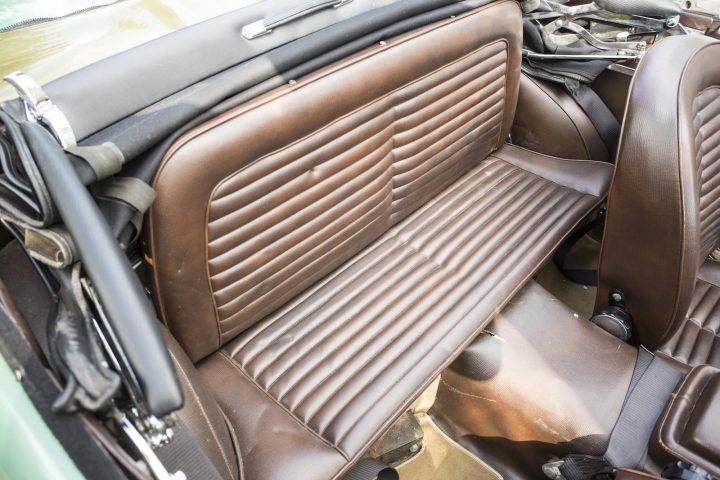 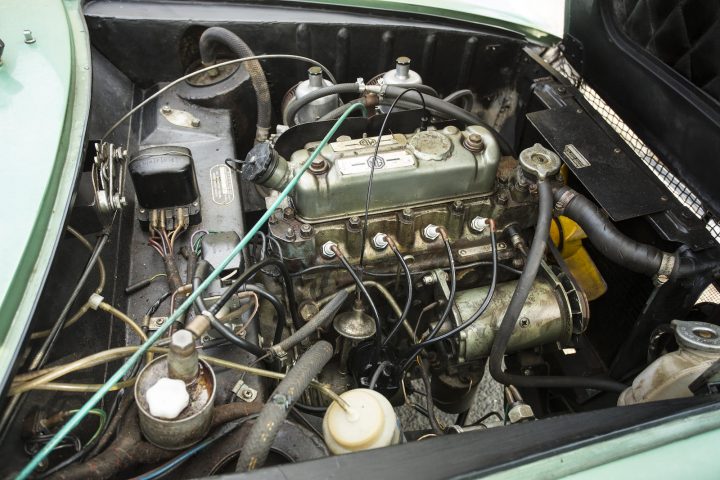 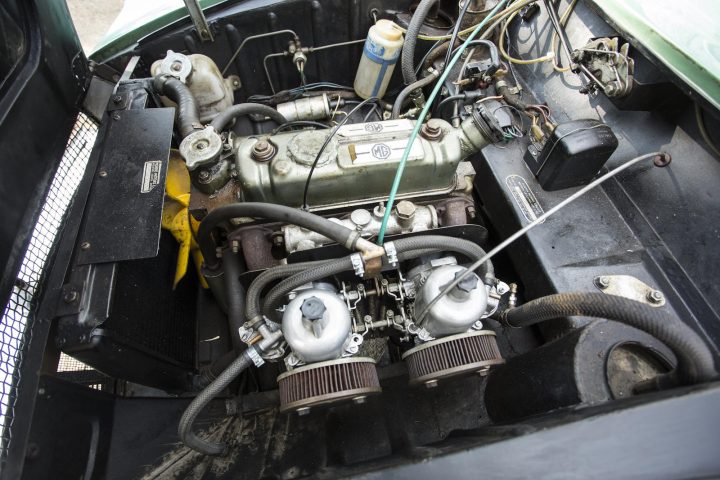 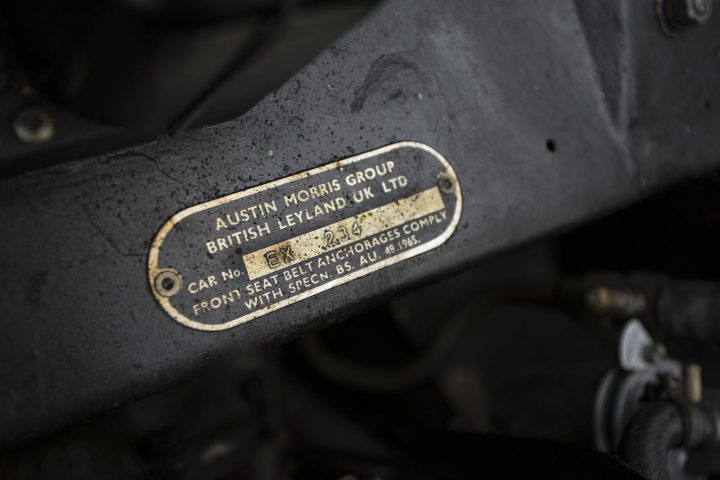