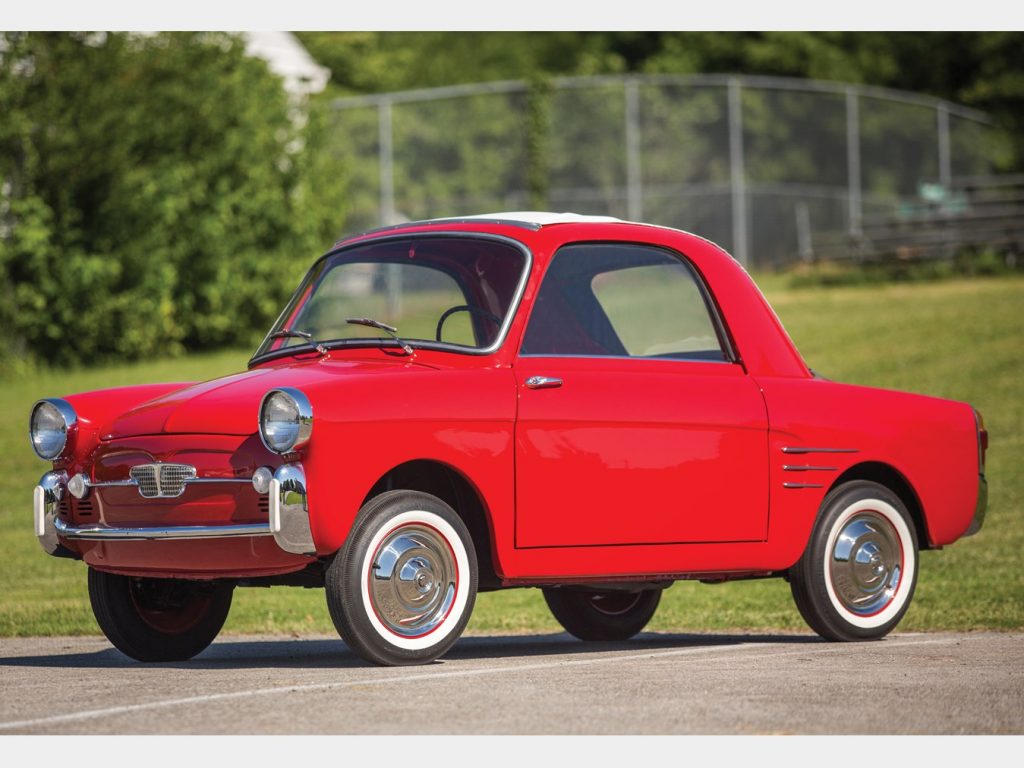 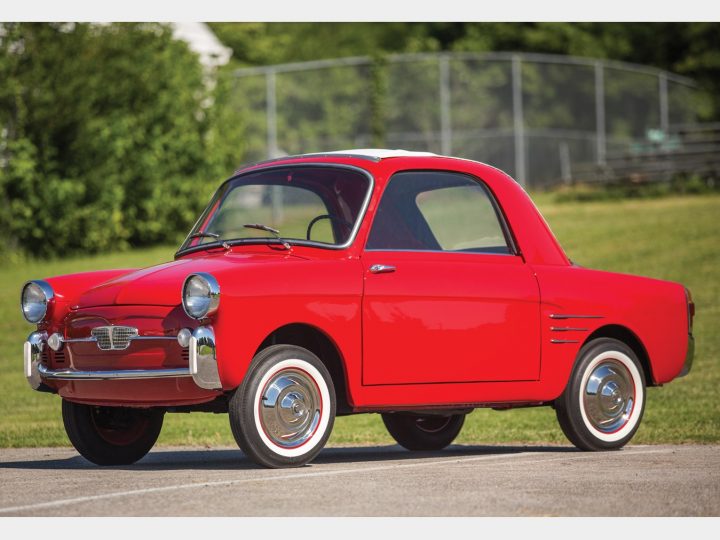 In 1955, following a business alliance with Fiat and Pirelli, the company name was changed to Autobianchi. The reorganized firm focused its operations on a series of upscale Fiat 500 variants. The first vehicle that was produced under this new venture was the Bianchina. Even though it was based on the Fiat, it offered luxury features that were not found on the standard 500. The first body style to roll off the assembly line was the transformabile, or semi-convertible, which would remain the only body style available until 1960. Ultimately, only 10,000 of these examples were produced. 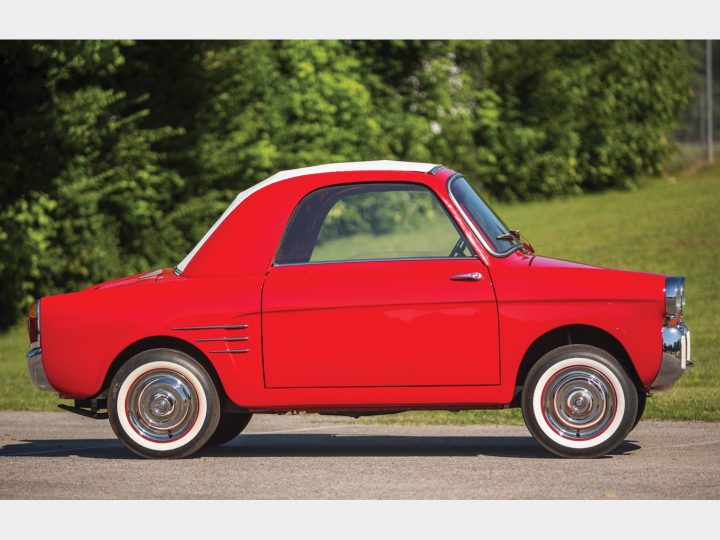 Bursting with an abundance of sporting character, the Bianchina offered sturdy Fiat 500 mechanical components with luxurious levels of trim for the era. The understated yet captivating Bianchina was further enhanced by a series of mechanical upgrades, including a lowered suspension, which contributed to a sportier ride. The Bianchina was quite a capable performer, with a top speed of 60 mph and an estimated range of nearly 300 miles. Fuel economy reportedly approached an impressive 50 miles per gallon. With its limited-production cachet, the Bianchina was quickly regarded by enthusiasts as the “rich man’s Fiat.” 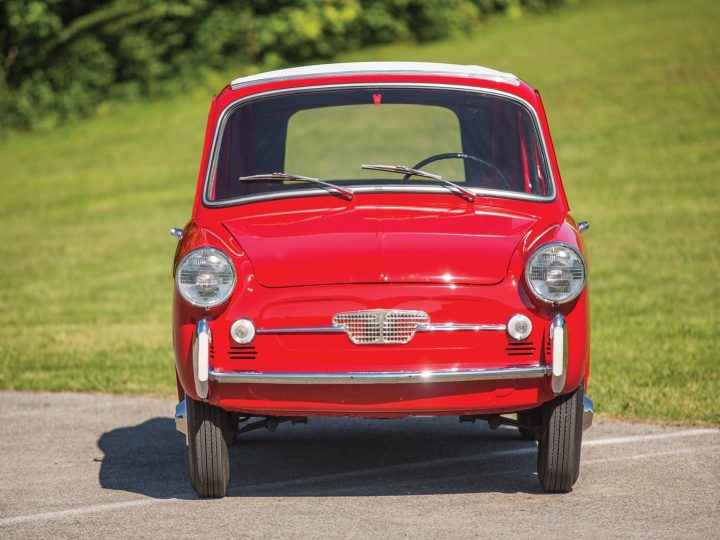 This sporting little Bianchina has been expertly restored and presents very nicely in red with a contrasting white convertible top. The minimal and tidy interior is finished in matching two-tone vinyl over black carpeting and offers surprisingly ample room for the driver and passenger, and a couple of kids in the back seat. The chrome bumpers and detail trim are in excellent condition, as is the engine bay and front trunk, which features a delightfully small spare wheel and tire. 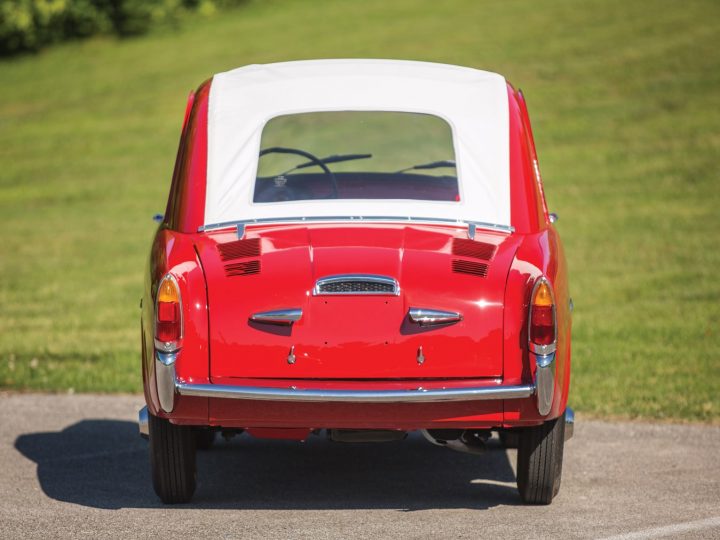 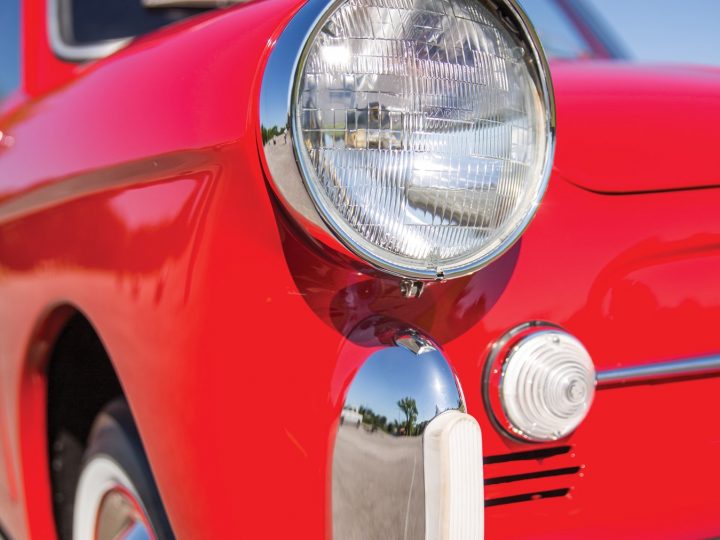 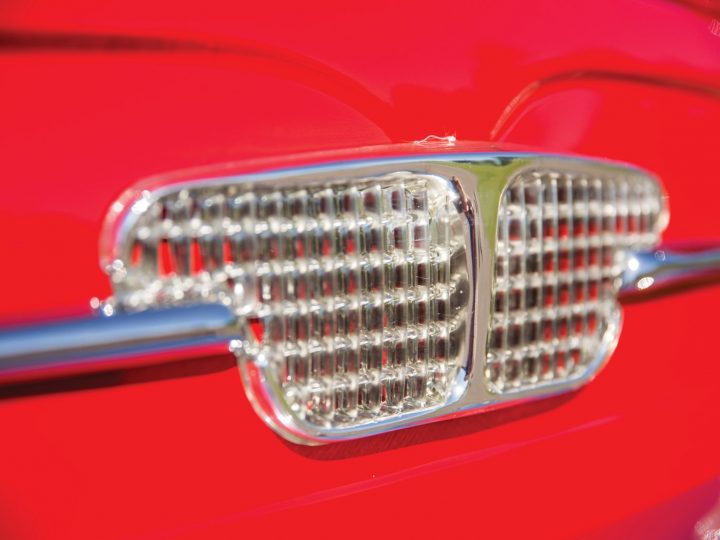 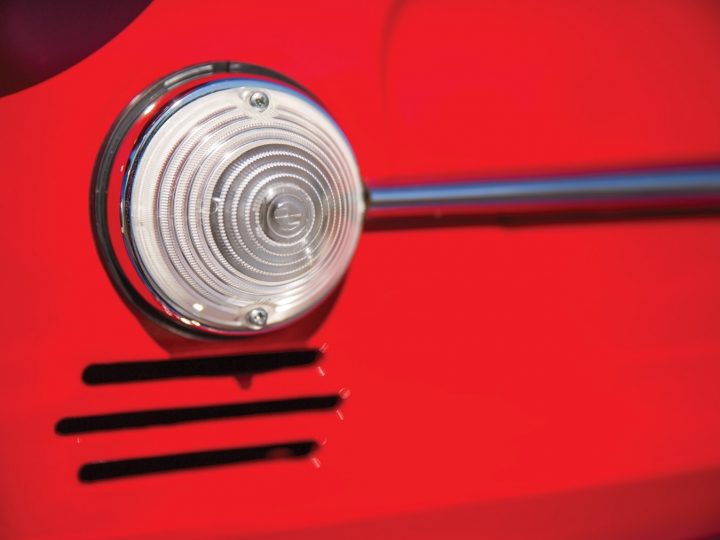 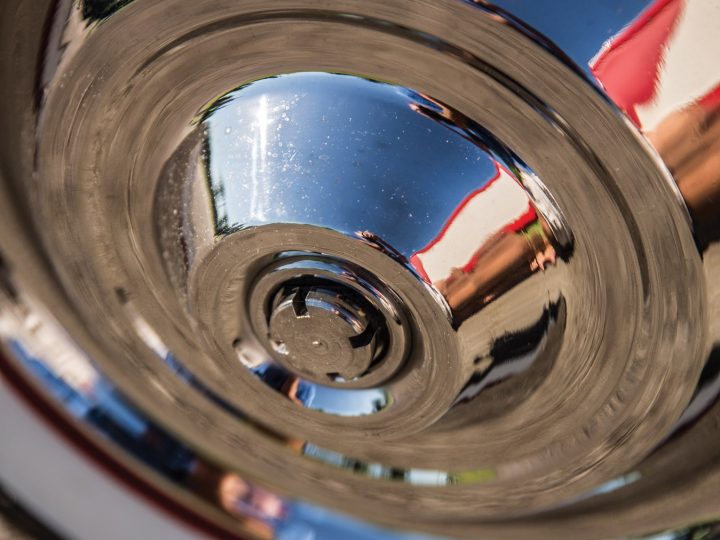 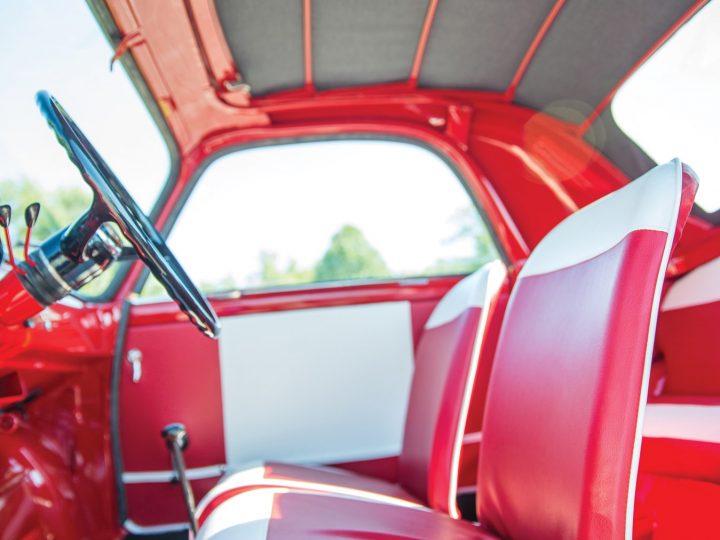 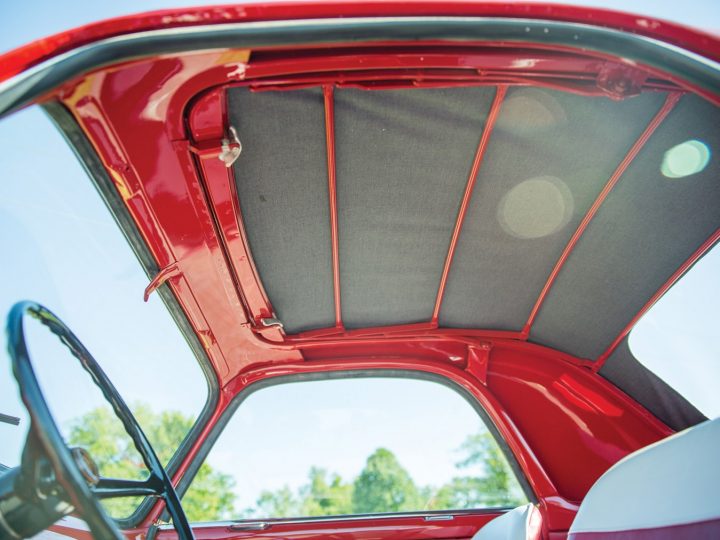 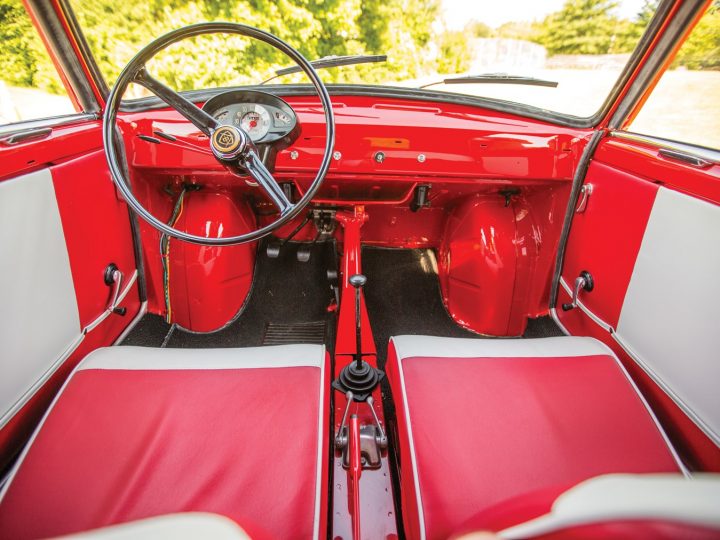 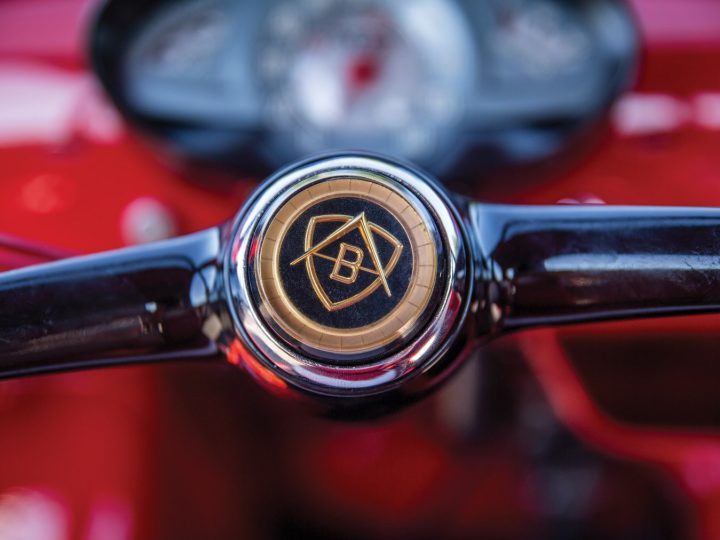 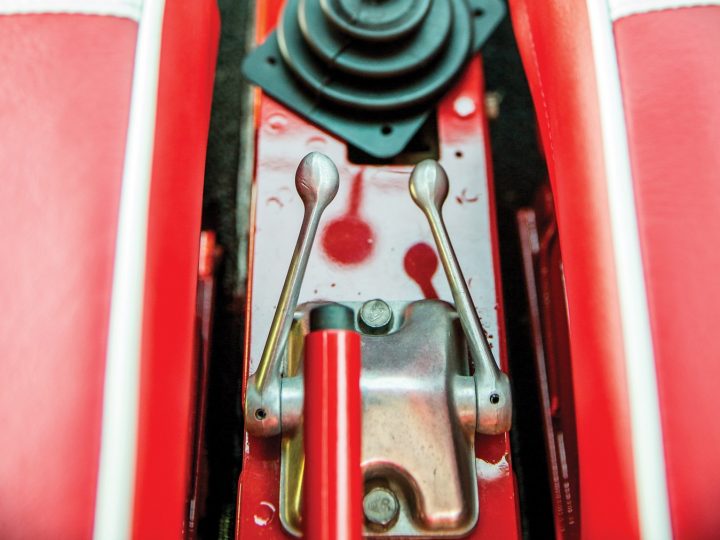 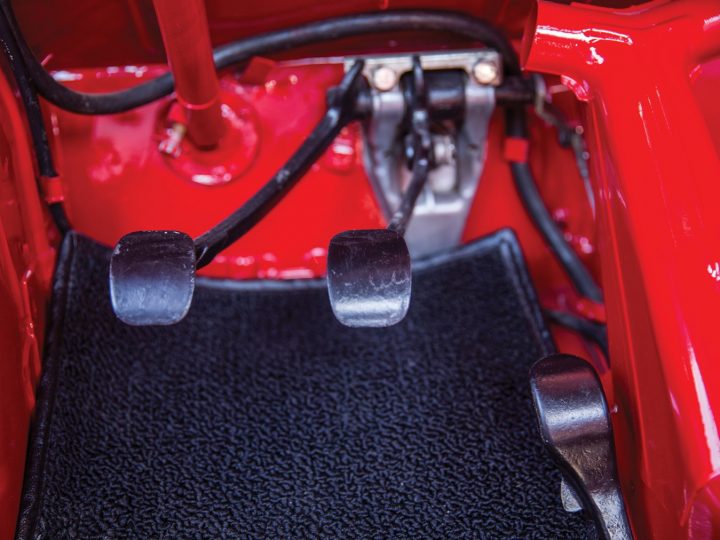 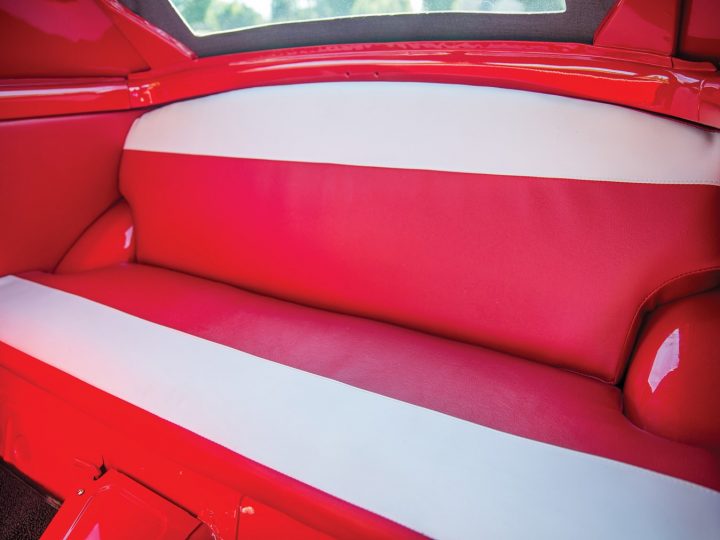 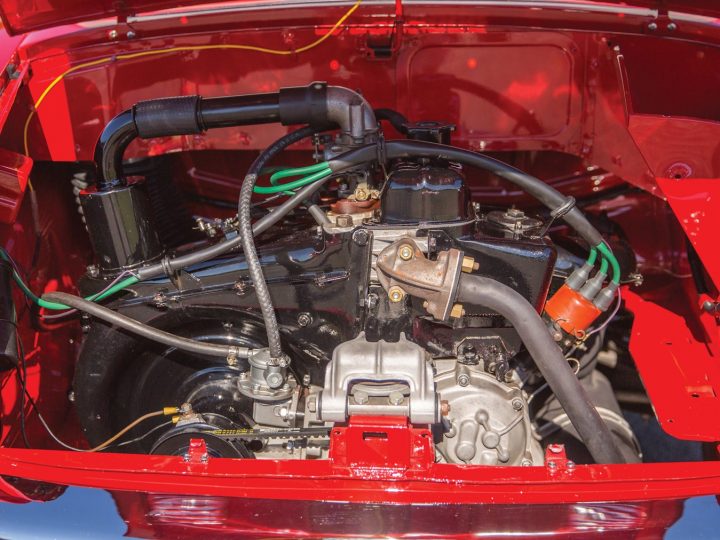