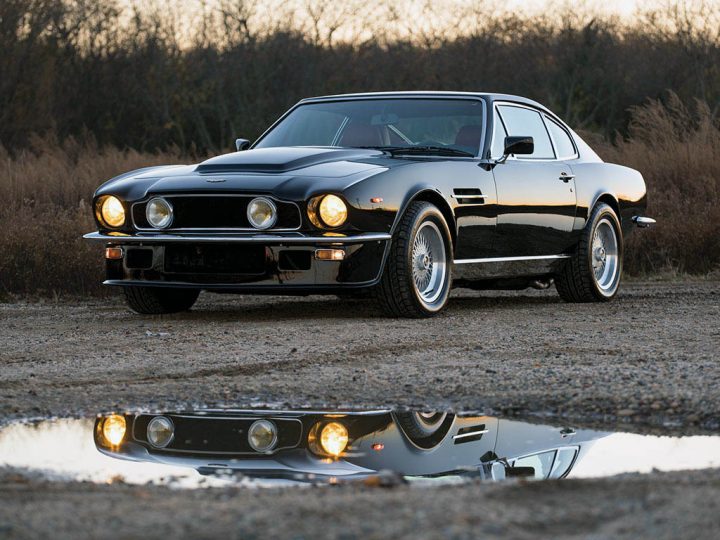 The true Vantage “supercar” version of Aston Martin’s standard-bearer V8 was never sold new in the United States due to emissions regulations; the fire-breathing “4 × 2” Weber carburetors and low-restriction exhaust were simply not compliant. So this first-generation V8 Vantage was rare then, and this now federal emissions exempt example is one of only a few existing today in the United States. 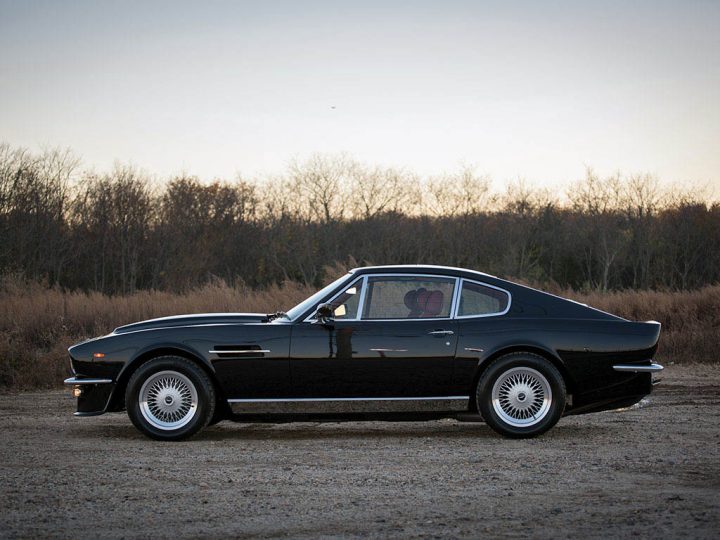 The proper, full-specification V8 Vantage was noted in the April 1978 issue of Motor Sport Magazine as being the fastest accelerating production automobile in the world, capable of rocketing from 0–60 mph in 5.4 seconds. Motor Magazine, not to be outdone, took a Series II out on 25 April 1981 and bested that time with the run in only 5.2 seconds. These figures are still impressive today, especially considering the weight of its stature as a luxurious GT, though clothed in aluminum alloy coachwork. Beginning in October 1978, these cars gained improvements to their body styling, including the trademark Vantage aerodynamic package, a leather headliner, and a burled walnut dashboard as part of the so-called Series II or “Oscar India” generation (“OI” was internal code for the new model referring to “October Introduction”). 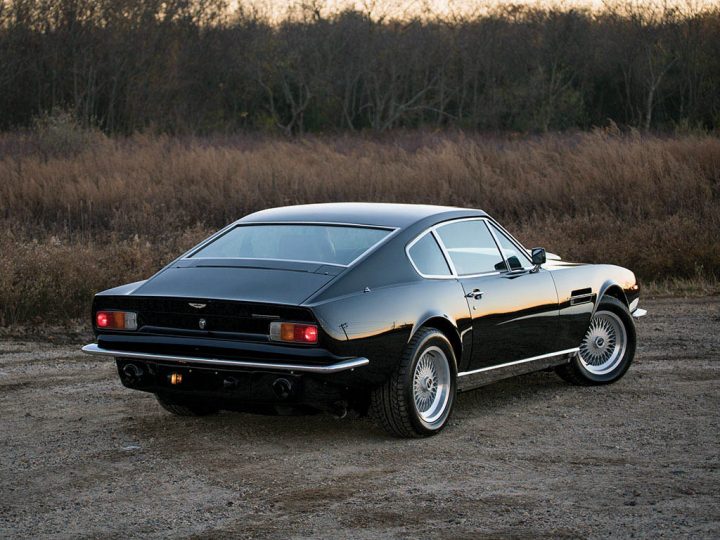 One of the 172 genuine 425-horsepower V8 Vantage models produced between 1978 and 1985, the car presented here was one of the first dozen built in 1979 and was originally delivered to a doctor in Halesowen, England. According to the current owner, it was subsequently sold in 1987 to Viscont de Farcy of France and was professionally converted from right-hand drive to left-hand drive by a well-known Aston Martin specialist there. Later it was sold to Count Audion de Dampierre, a noted Champagne manufacturer, and previous president of the French Aston Martin Owners Club, who drove it some 30,000 miles before selling it to the next French custodian in 1998. A Swiss Aston Martin enthusiast acquired the car in 2001 and added another 12,000 kilometers over the next dozen years. 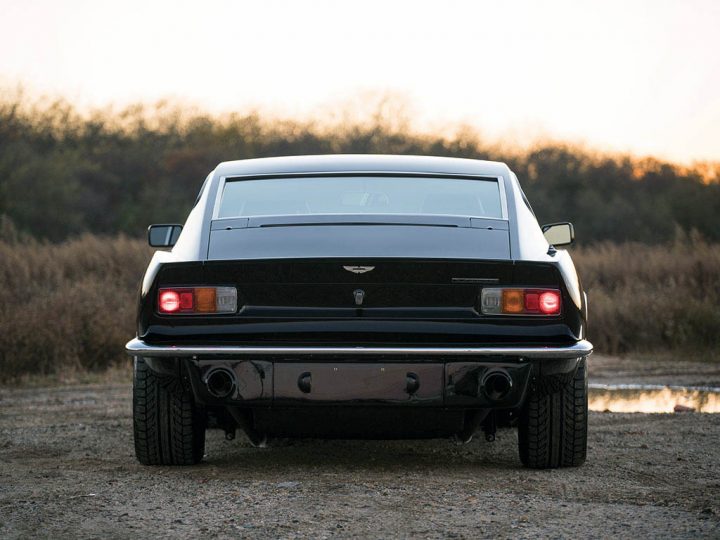 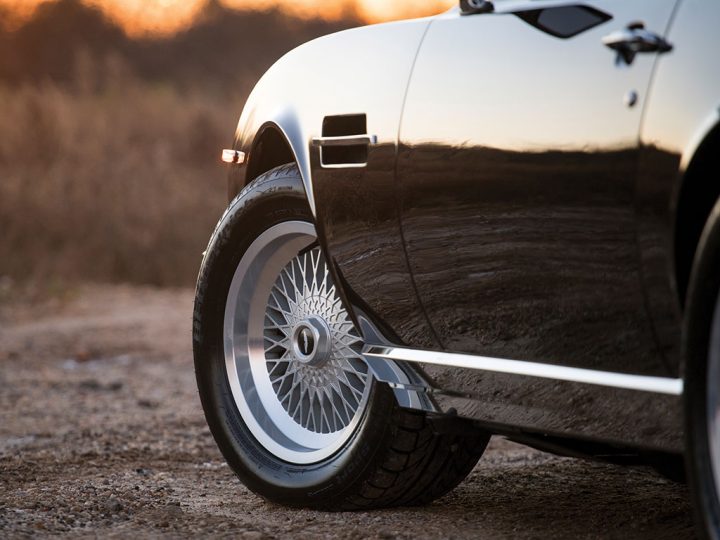 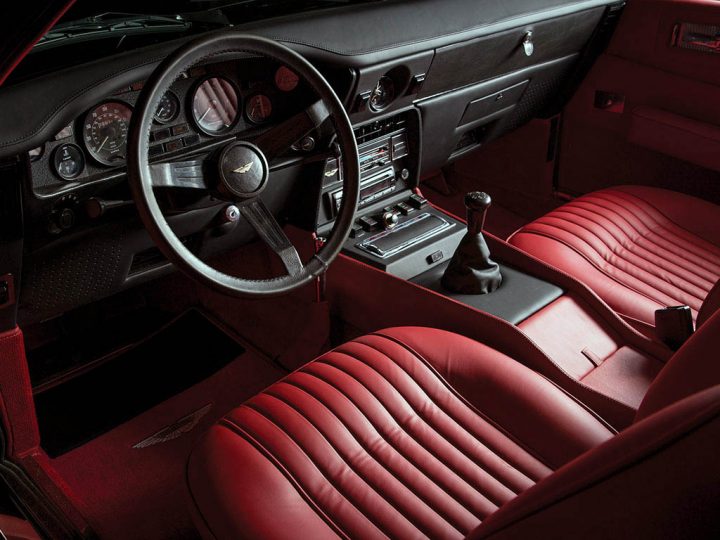 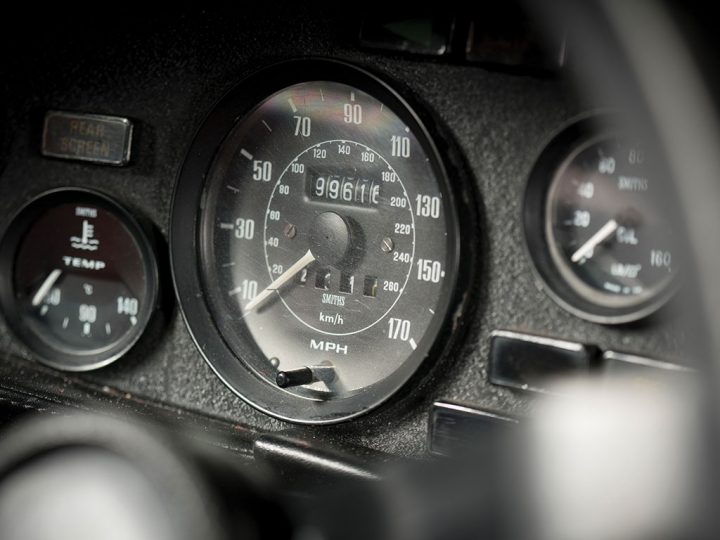 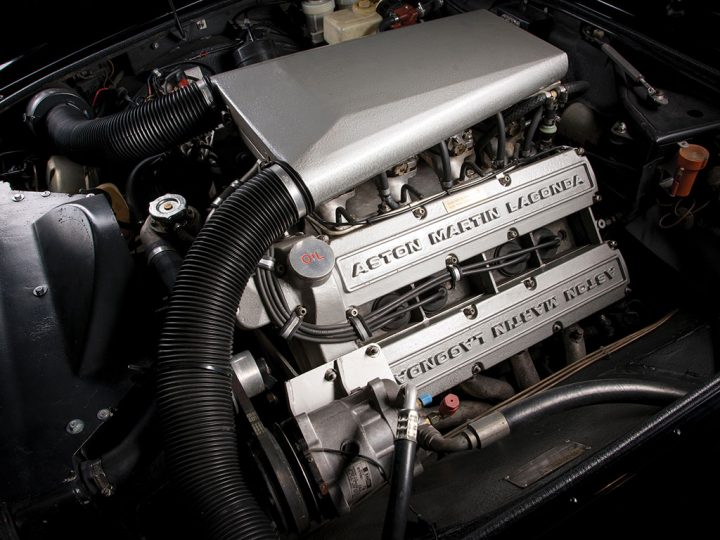 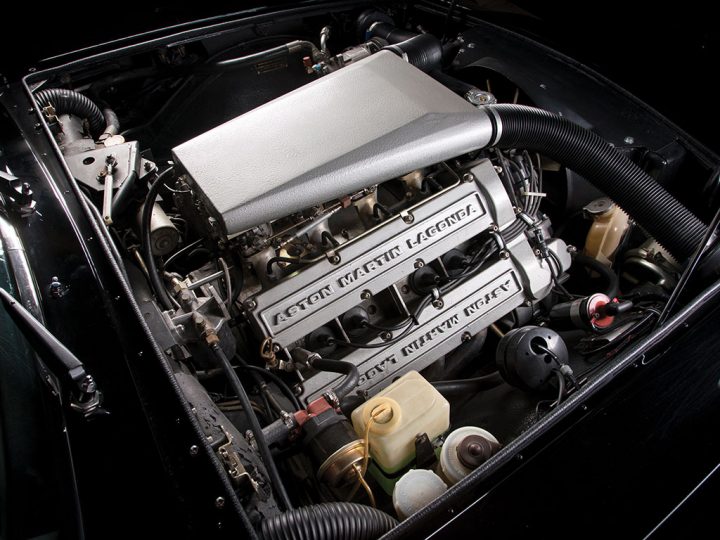