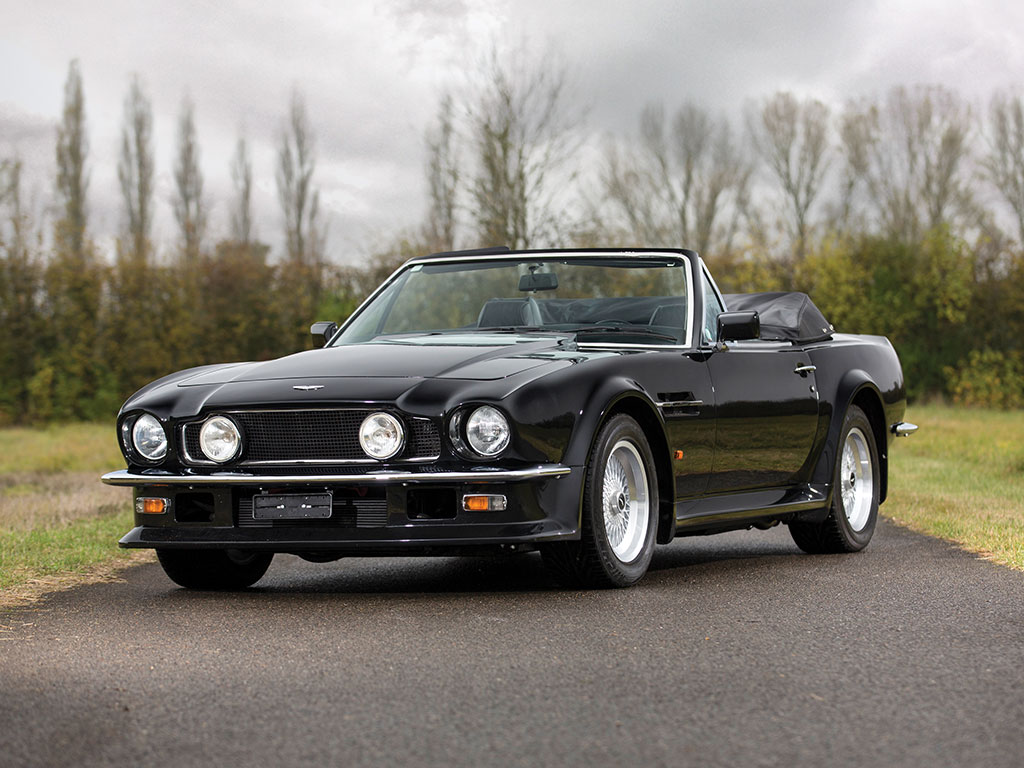 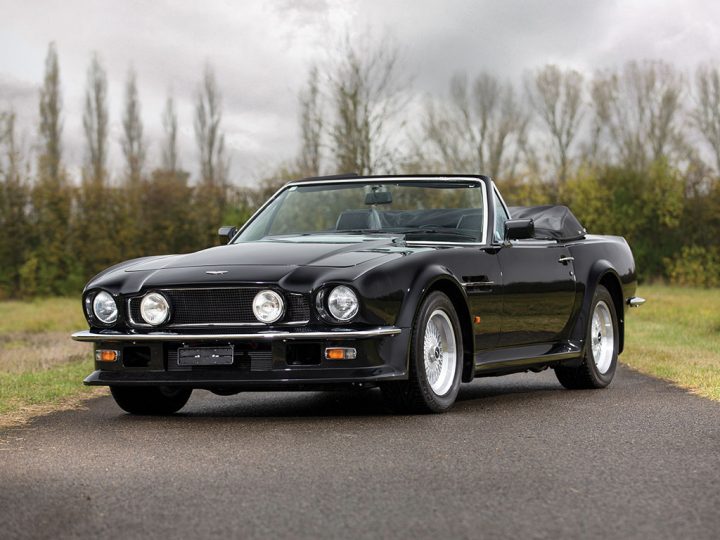 Aston Martin introduced its new V8 Volante on 21 June 1978 in order to satisfy the demand for a convertible version, primarily for the American market. Outfitted with a fully lined and power-operated top, the new model introduced the thrill of open-air motoring to the already exciting V8 platform and remained in production for 11 years while undergoing near-constant engineering and stylistic evolution. By the time production ended in October 1989, the model had gained improved aerodynamics, particularly on the new Vantage version of the V8 Volante, with flared wheel arches, a rear deck spoiler, an extended front spoiler, and fiberglass extensions that replaced the former bright metal door sill covers. This final evolution of Vantage style was only available during the last three years of production. European-specification Vantages offered the hotter engine, for which the model was legendary as a true supercar, while the standard U.S.-specification cars, for emissions reasons, retained a standard V8 drivetrain. 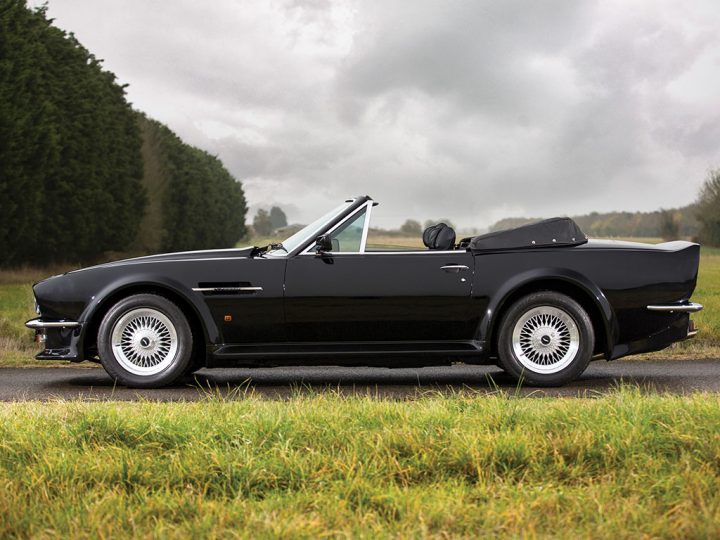 The car shown here, one of 58 U.S.-specification V8 Vantage Volantes built, was originally delivered, as it presents today, finished in Cannock Black with a Black interior and black soft top, to Bruce P. McNall, via Los Angeles dealer Gregg Motors. Its matching-numbers original engine has been upgraded to a 6.3-litre “big bore” V-8 by English marque specialists Oselli, and it has what the owner describes as “massive unfussy performance,” with 485 horsepower – more powerful and torquey than even the 6.3-litre Zagato models which offered top-of-the-range performance. Also equipped from new with the ZF five-speed transmission and other desirable final-year modifications, including cruise control, and the much appreciated European-specification bumpers, it is accompanied by books, tools, and ownership history, and it remains remarkable in every regard, with about 31,000 actual miles. 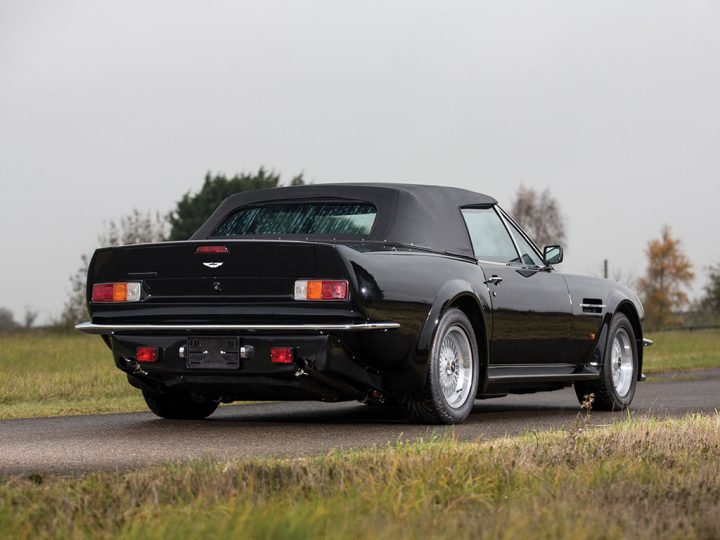 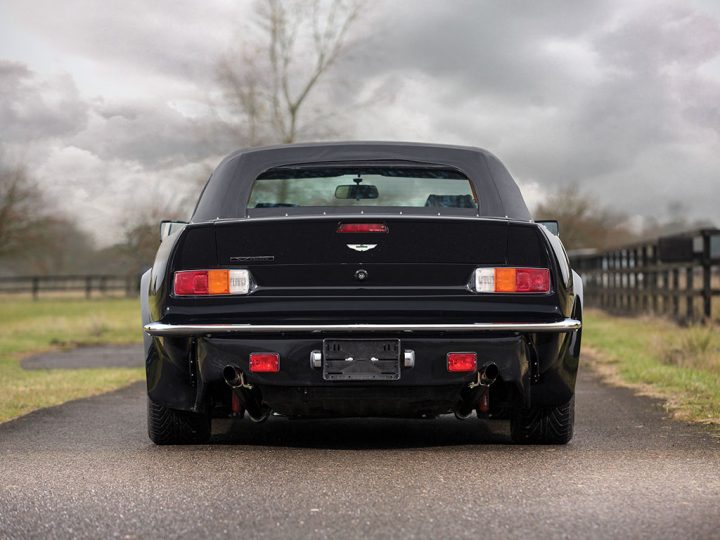 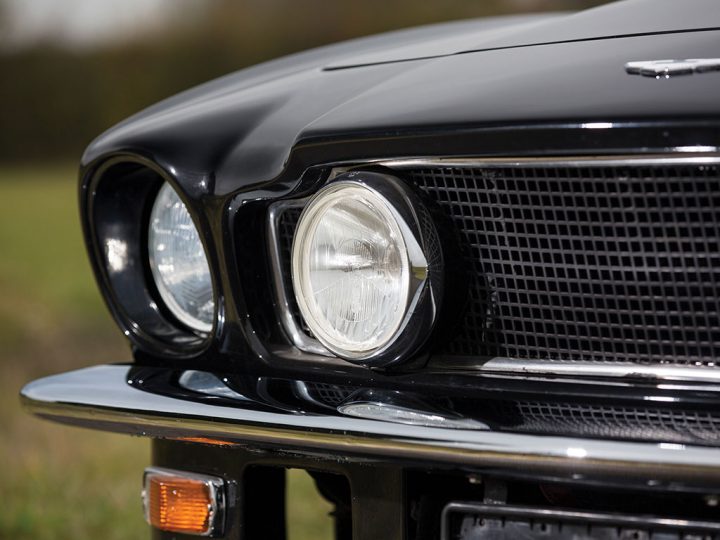 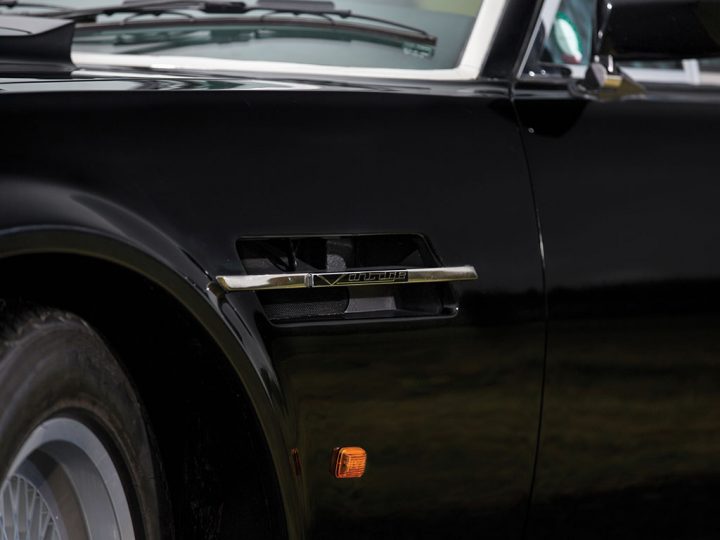 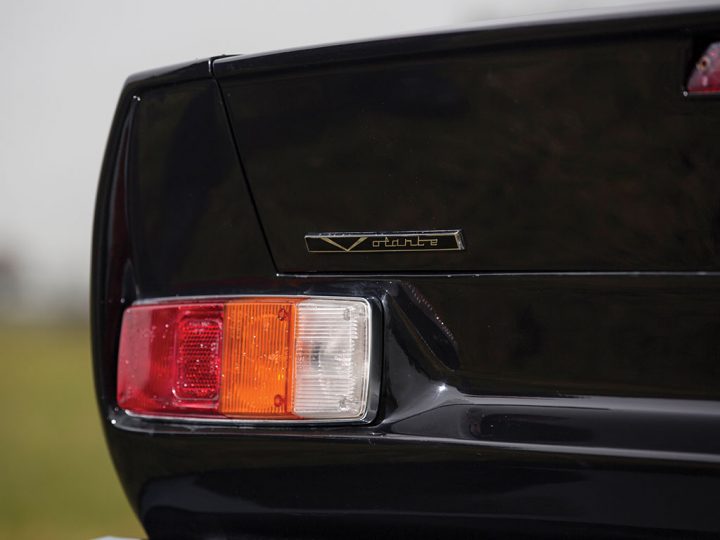 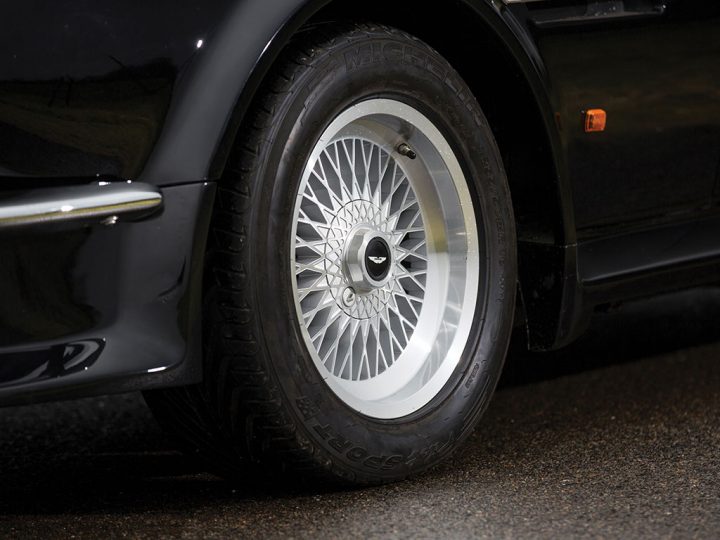 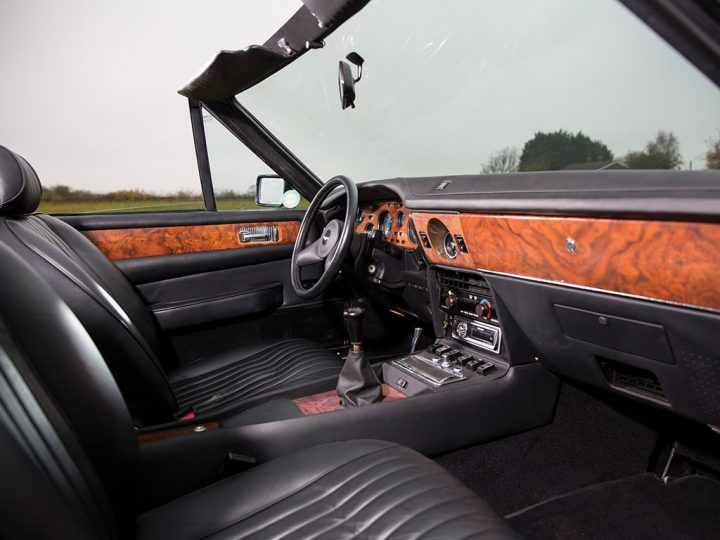 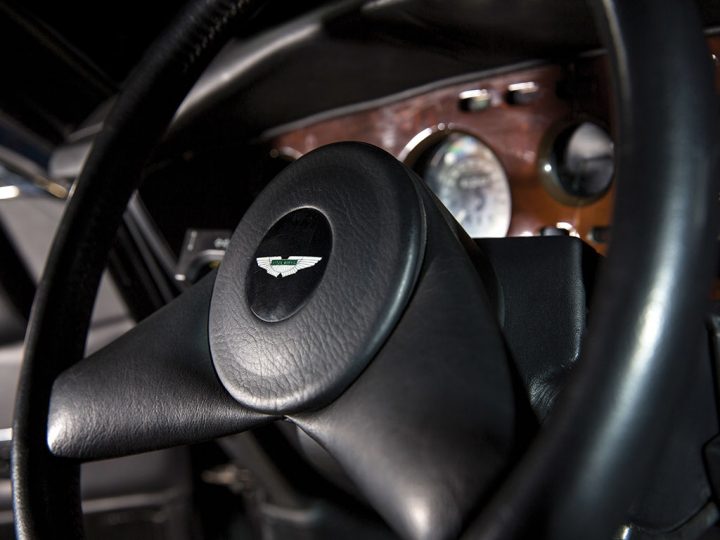 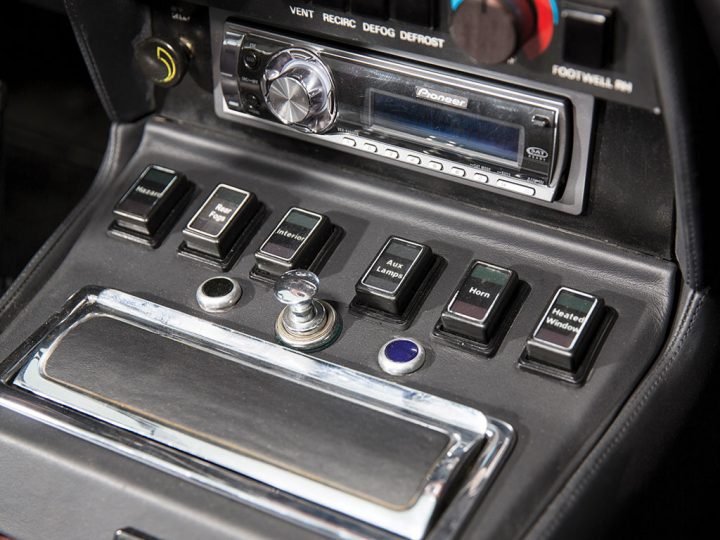 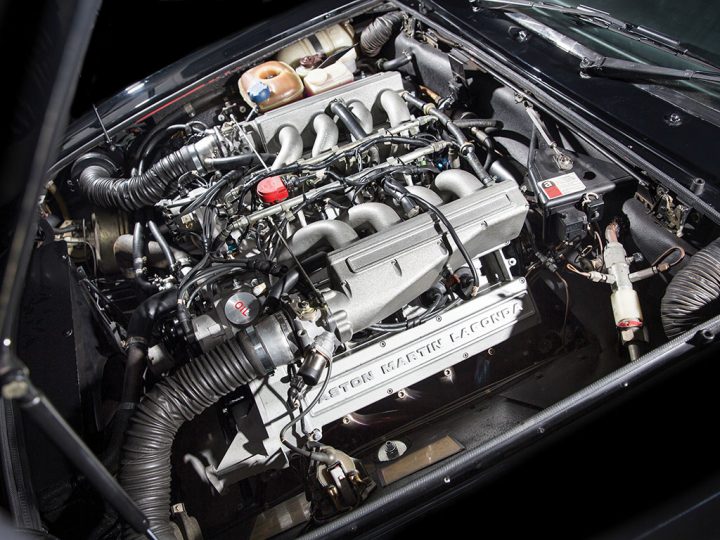 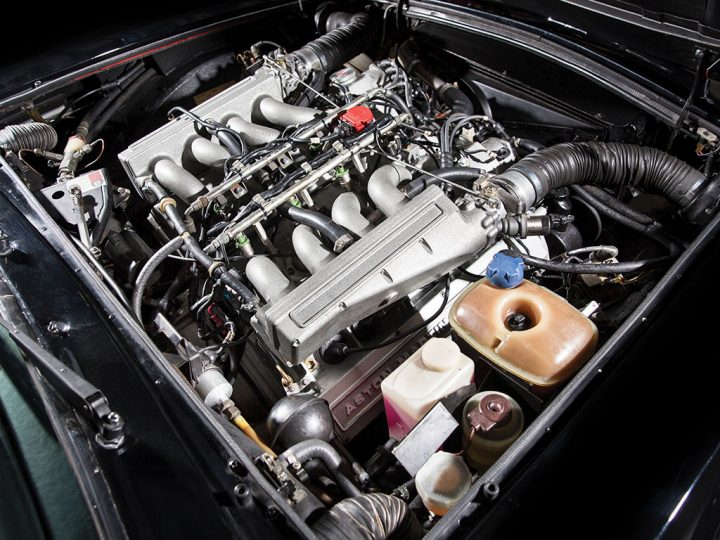