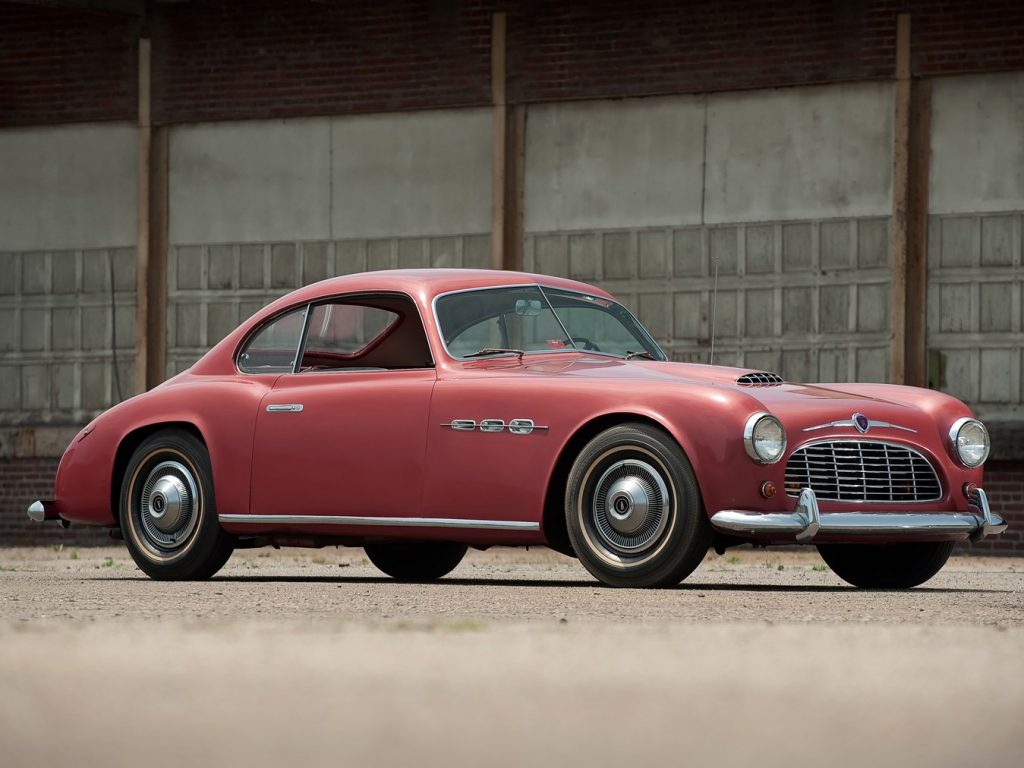 The December 1952 issue of Speed Age featured on its cover what was described as the “World’s Most Exclusive Automobile.” Readers were treated to four pages of details on the prototype of a forthcoming vehicle to be produced by Italmeccanica of Torino, Italy. The author, Richard Adams, also one of the investors in the concept, notes, “We sought to manufacture a sports car combining the chassis, suspension, and luxurious body of European cars with the ease of maintenance and simplicity of the best American models. The IT160 is designed to take its place among the best American and foreign automobiles for speed and performance, but it may also be driven into an American garage and left with the simple instructions, ‘Fix it!’”

Using a tubular chassis and simple suspension components, a modified Cadillac engine was fitted to the prototype while this example has a Ford “Flathead” V8. The aluminum body is credited to the coachbuilding firm of Stabilimenti Farina, with total vehicle weight claimed slightly in excess of 2,450 pounds. Performance with the Cadillac engine was estimated to have a top speed of 140 mph and a 0-60 mph time of 10 seconds – quite heady for 1950.

Little else is known about this unique and stylish vehicle. Painted a metallic red/copper with red vinyl and ivory cloth interior and tan headliner, the car is believed to be mostly original with upgrades as-needed. The chrome presents nicely as does the paint with few imperfections. The engine bay appears as original, and the car rides on period-correct bias-ply tires. Inside, the dash has Brevettato gauges including tachometer and speedometer. It is also equipped with an AM radio and a wire-bound two-spoke steering wheel.