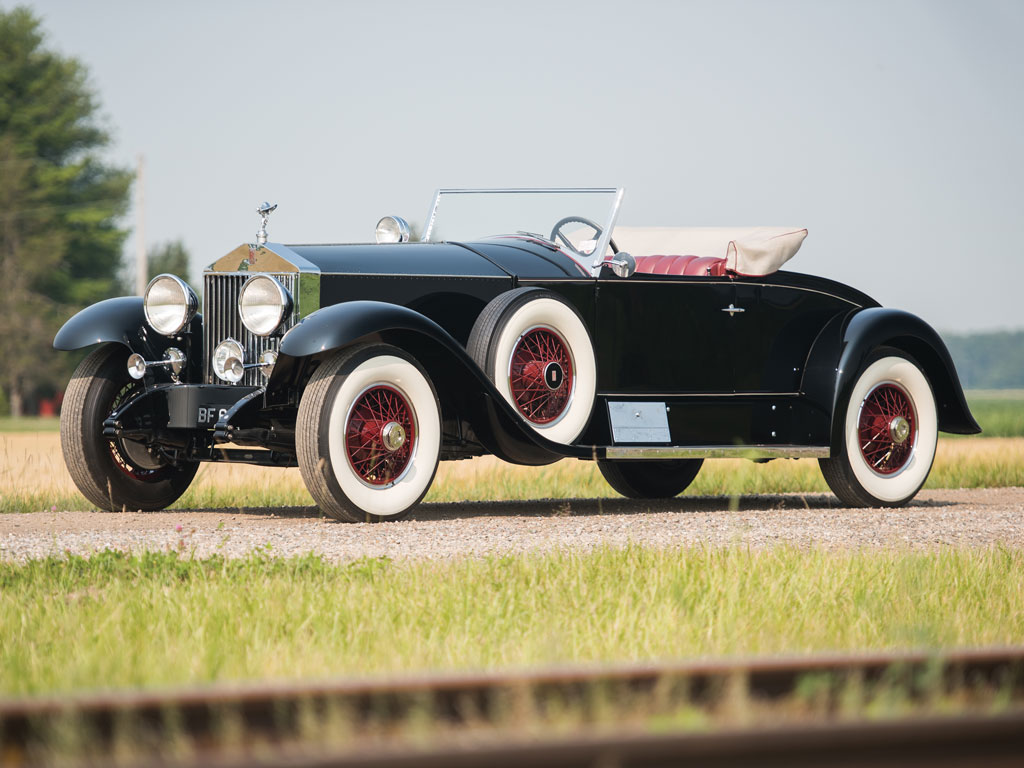 Chassis number S162PM is one of thirteen Springfield-built Rolls-Royce Phantom Is to carry the Playboy Roadster body, in this case installed in 1933 for the car’s second owner, Sonya Levien Hovey. Mrs. Hovey was a prominent Hollywood screenwriter from the 1920s through to the 1950s, receiving an Academy Award for Best Screenplay in 1955. The ownership cards for this car, held by the Rolls-Royce Foundation and copies of which are on file, record Mrs. Hovey’s home as 1001 N. Rexford Drive in Beverly Hills and her business address as Fox Studio.

The Playboy was acquired from Mrs. Hovey by Warner Brothers Studios and had its bodywork restyled with more modern skirted fenders and lowered headlights. In this form, it would appear over the passing years in several films, most prominently the classic 1955 motion picture Giant, alongside legendary actor James Dean, and the 1965 film Inside Daisy Clover, in which it was driven by Robert Redford.

When Warner Brothers dispersed most of their fleet of prop vehicles in 1970, the Phantom I was sold to Hal Blaine, himself a renowned drummer and session musician who has played drums on more top-selling records than anyone in the rock-and-roll era (including over 40 number one hits). Mr. Blaine had the car restored and, over the years, displayed in various Rolls-Royce Owners’ Club events in Southern California. It was also driven in several Santa Claus Lane parades in Hollywood, carrying such luminaries as Glen Campbell and the cast of The Partridge Family. The car was featured on the cover of Al Wilson’s hit album Show and Tell and on the cover of the book Cars: The Old Classics by Andrew Whyte, copies of which both accompany the Rolls.