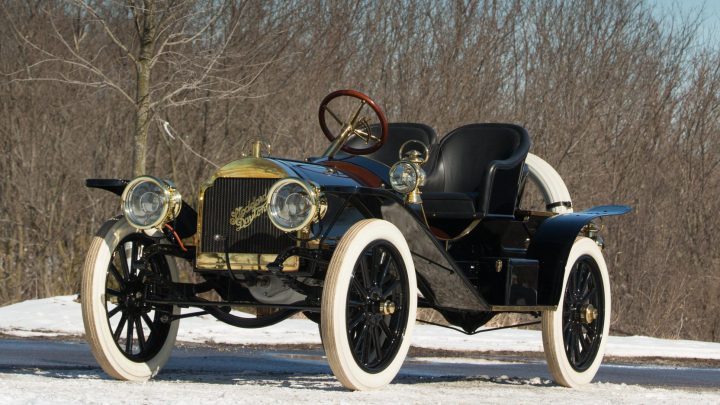 If you were in the market for a luxury automobile just after the turn of the century, you could not do any better than a Stoddard-Dayton. Built to the exacting standards of John Stoddard and his son Charles, these fabulous machines were the product of a meticulous, single-minded pursuit of perfection. Today, this 1907 Stoddard-Dayton Model K Runabout is one of only three known to exist.

The brand enjoyed significant notoriety through events unfolding at the newly constructed Indianapolis Motor Speedway and an association with Carl Fisher, the man who built and co-owned the famous racetrack. In 1909, a Stoddard-Dayton averaged 57.31 miles per hour to make history and become the first car to ever win an automobile race at the Indianapolis Motor Speedway. This win pre-dated by months the paving of the track with some 3.2 million bricks, with the race being run on a crushed-rock and tar surface. Stoddard-Dayton’s name became even more famous in 1911 when Fisher—an Indianapolis dealer for the company—personally drove a Stoddard-Dayton as the first-ever pace car used for a race, when he led the field to the start of the inaugural Indianapolis 500. 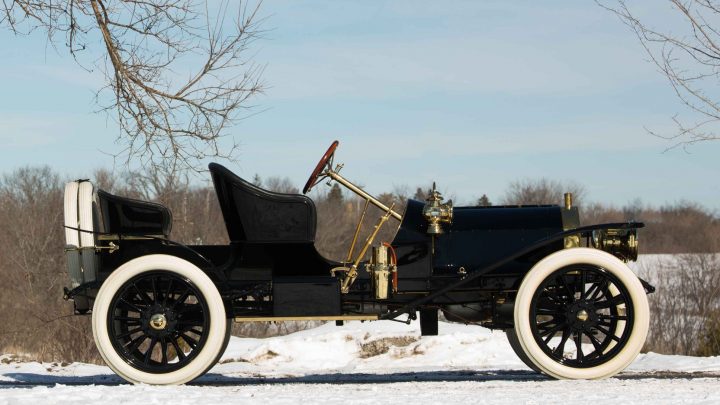 Stoddard-Dayton had its origins in Dayton, Ohio and had proven to be wildly successful in its agricultural business. In the early 1900s, John Stoddard saw the horseless carriage as the future and decided to shift his focus to automobiles. His son Charles was sent off to Europe to learn about automotive design and manufacturing from the best that the old world had to offer. 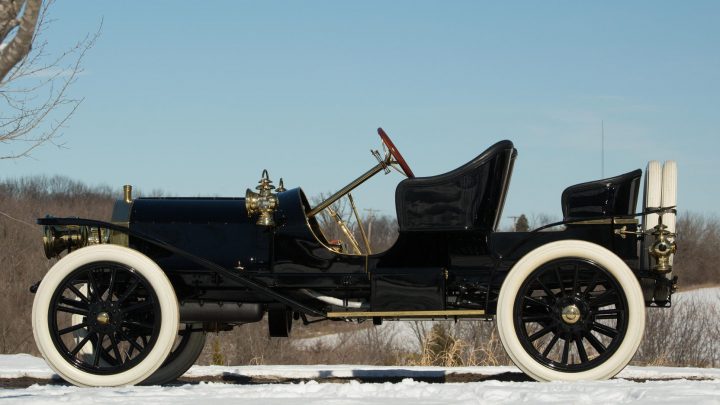 The result was stunning, leading to Stoddard-Dayton’s company slogan, “as good as it looks.” This was no mere lip service. Depending on the model, Stoddard-Dayton cars had anywhere between 15 and 30 coats of paint. Each coat of paint was painstakingly hand-sanded, and once complete, the cars were driven up to 400 miles to verify their quality. After this initial run, the engines were disassembled, cleaned and inspected. Once the engine was whole, the entire process began again with a second road test. No automotive company in the world at the time matched this process and Stoddard-Dayton soon became known for performance, innovation and durability.

This 1907 Stoddard-Dayton Model K Runabout was discovered in a barn in South Dakota and is the brilliant product of a no-expense-spared, multi-year restoration by noted Brass Era-experts David Noran and Greg Cone. In 2015, the engine and drivetrain were re-machined and disassembled to accommodate new aluminum pistons by Illinois restoration expert Mike Grunewald. Powered by a 336-cubic-inch 30-horsepower 4-cylinder T-head engine mated to a 3-speed manual transmission, the Stoddard-Dayton moves with surprising pace. It sports mirror-finish black paint, a black leather interior, running board toolboxes, brass cowl lamps, authentic solar brass headlamps, a rear-mount spare and natural latex-finish tires. Six books full of documentation on the painstaking restoration are included with the car. 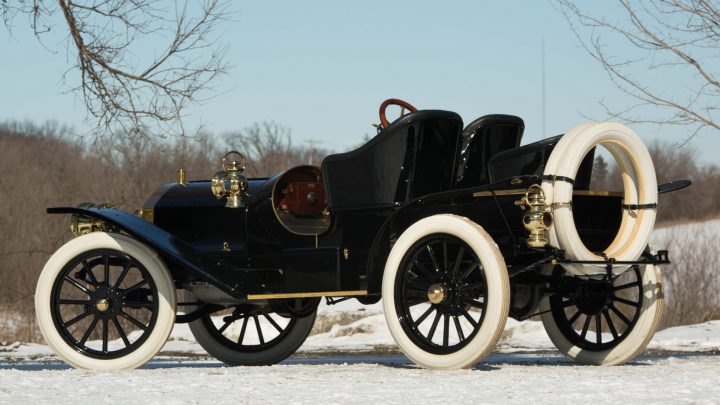 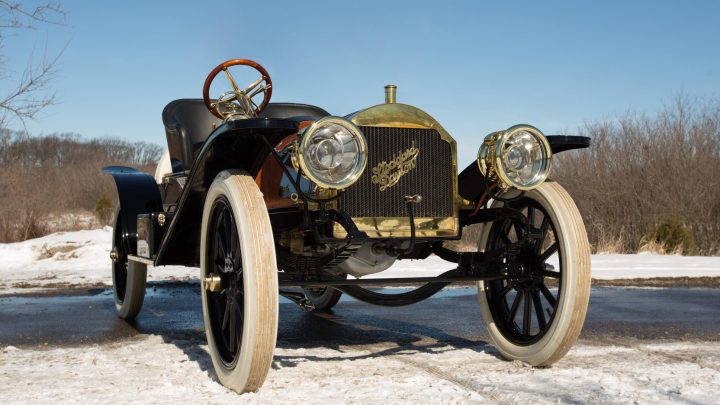 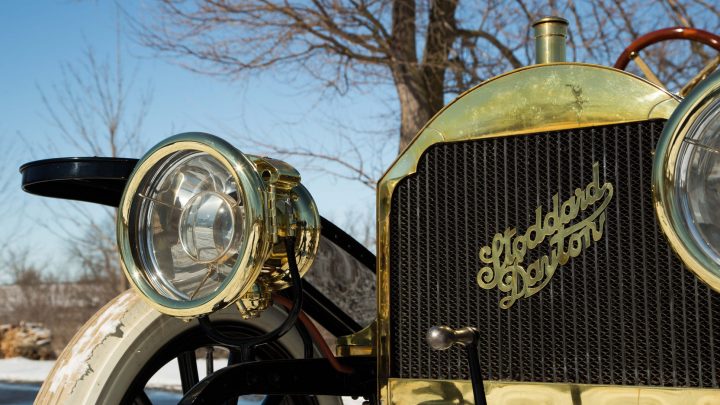 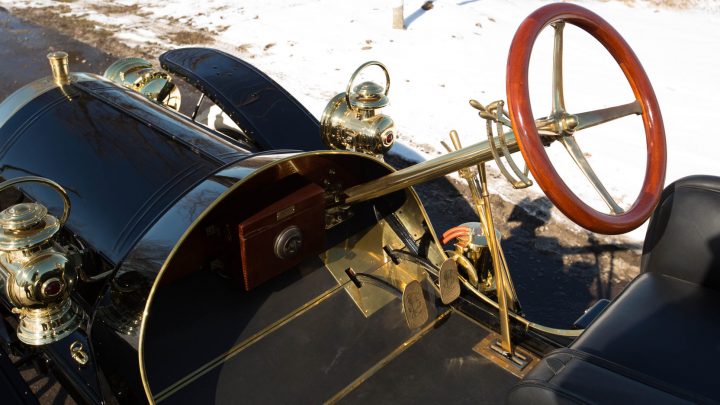 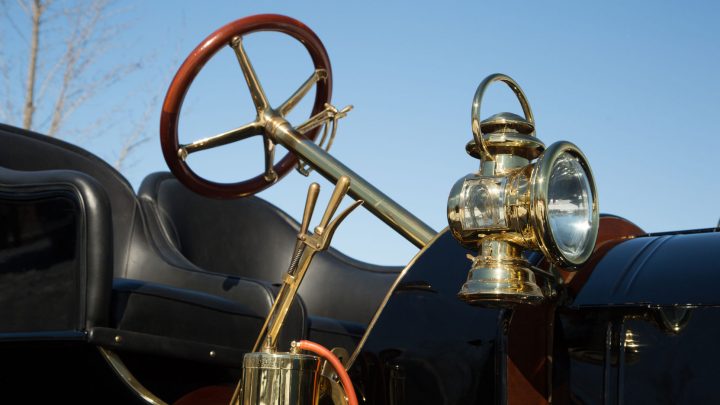 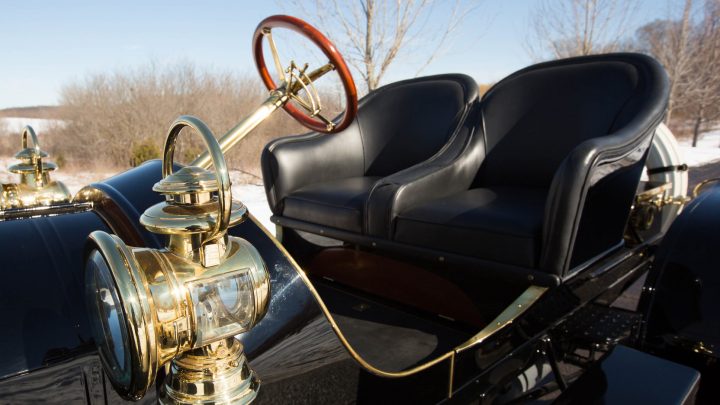 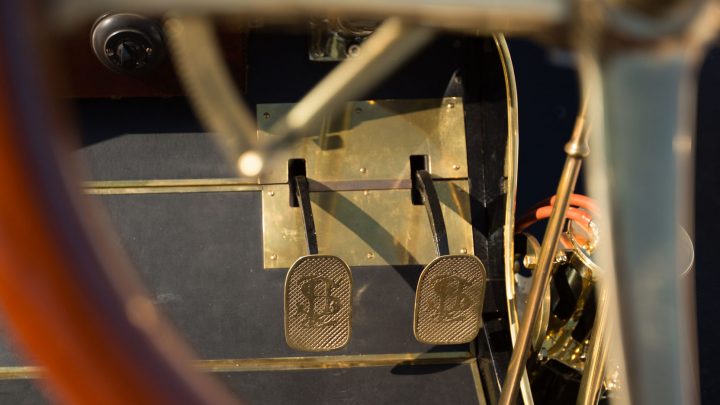 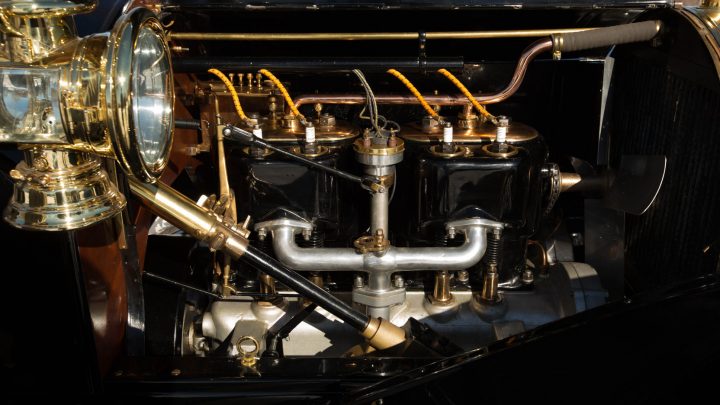 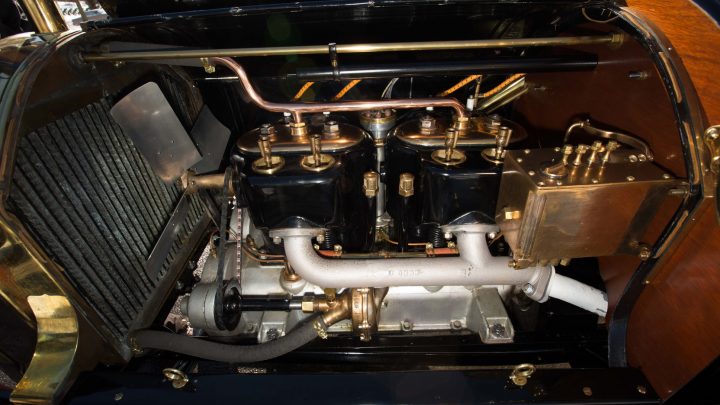