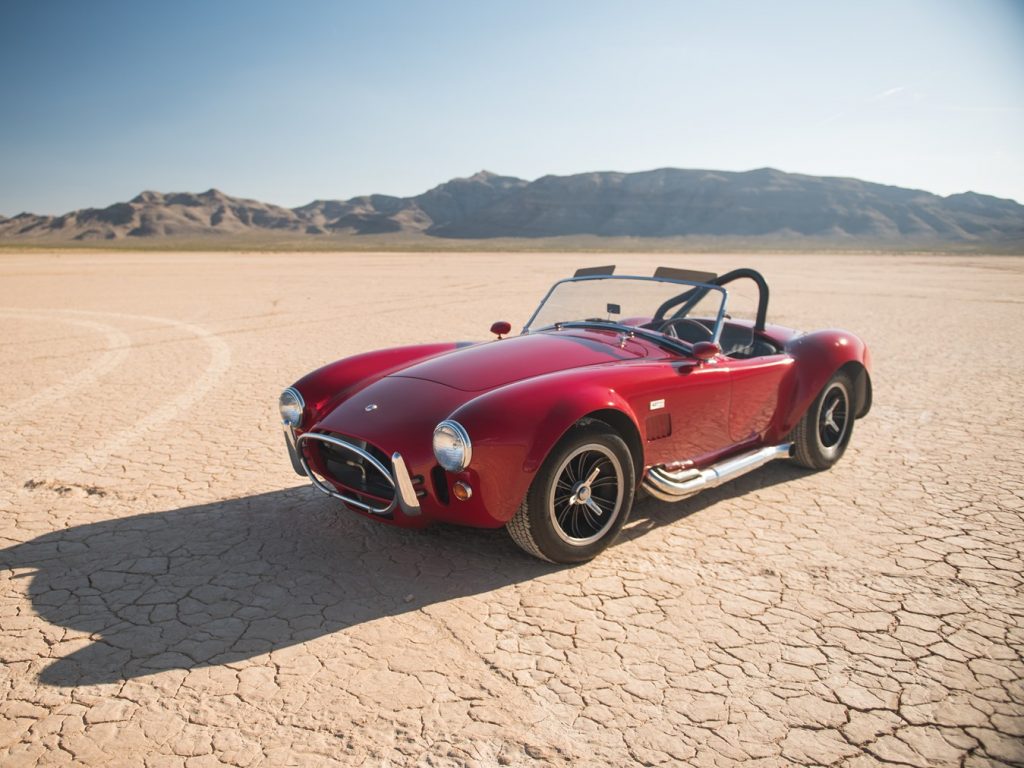 As per the Shelby American World Registry, CSX 3178 was shipped to Shelby American in Los Angeles in Grey Primer with a black interior and a 428-cubic inch V-8 in late 1965. The work order for the car was opened on 7 January, after the new year, and closed two months later before the car was billed to Horn-Williams Ford in Texas. In fact, however, the only known owner of the car is Carroll Shelby, in whose care it remained his entire life. Originally fitted with an automatic transmission, he enjoyed the car quite regularly, undoubtedly driving it with spirit and with the talent and speed one might expect from a former Le Mans 24-hour winner! 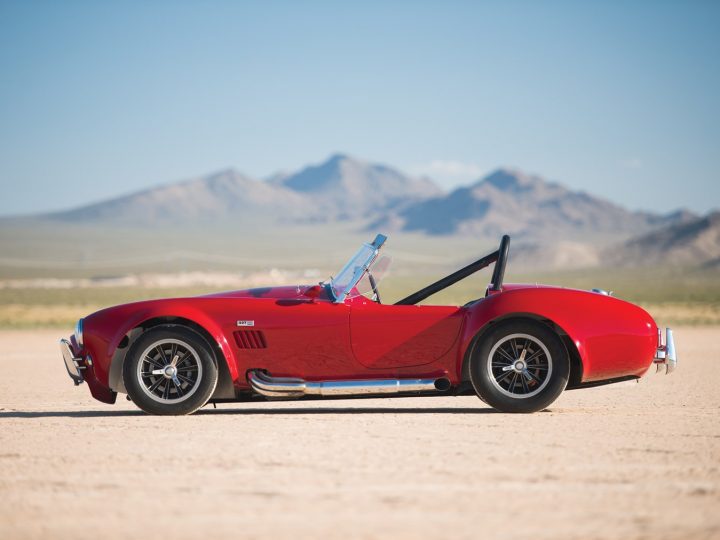 By 1972, Shelby commissioned a restoration from highly respected Cobra expert Mike McCluskey and, at that time, the car was finished in Guardsman Blue with a gold stripe around the nose. Upon Shelby’s direction, McCluskey also installed the custom rollbar, which the car still carries today. 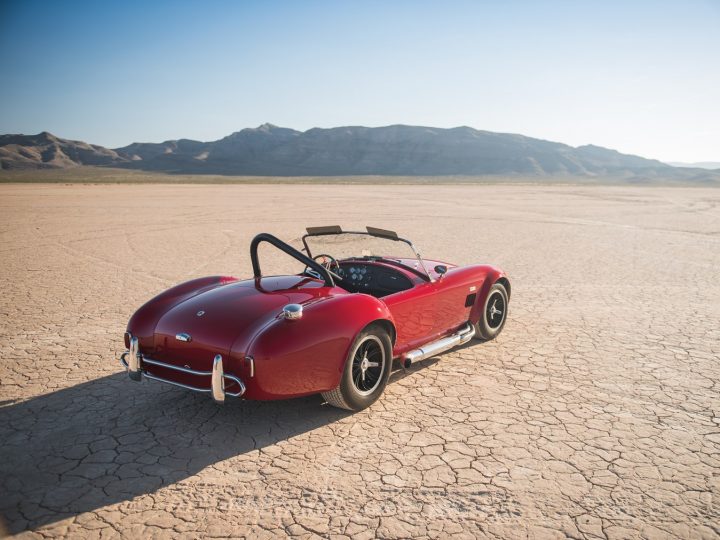 According to Gary Patterson, Vice President at Shelby, a more recent restoration was carried out in house by none other than the Shelby team in the early 2000s. Shelby Production Supervisor at the time Tom Di’Antonio, since retired, spearheaded the project, during which the car was assembled with a single four-barrel carburetor as opposed to the dual four-barrels previously on the car. The aim of the project was to retain as much of the original equipment as possible and simply freshen the car’s presentation with considerable engine work, rebuilding of the transmission, reupholstering the interior, and refinishing the car in bright red. Carroll Shelby enjoyed the rollbar, so this was left in place and the car retained those iconic Kelsey-Hayes Sunburst-style wheels. 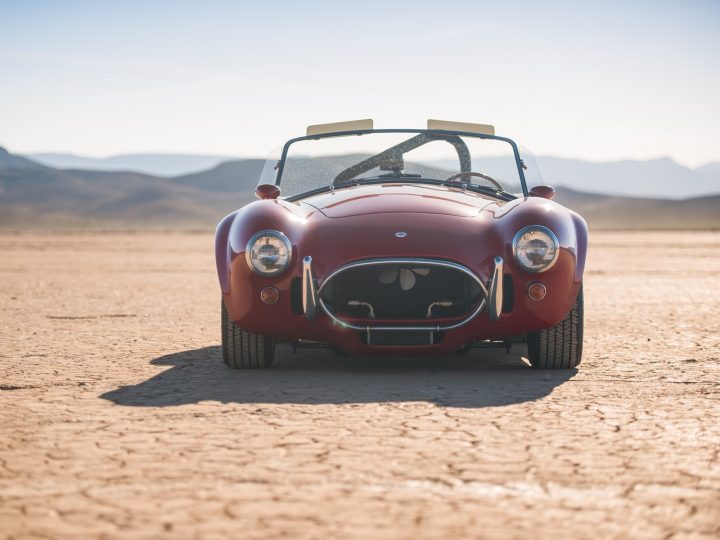 After completion of the restoration, the car was put on display at Shelby’s headquarters, primarily in Las Vegas, where it has been maintained by expert Shelby staff ever since. 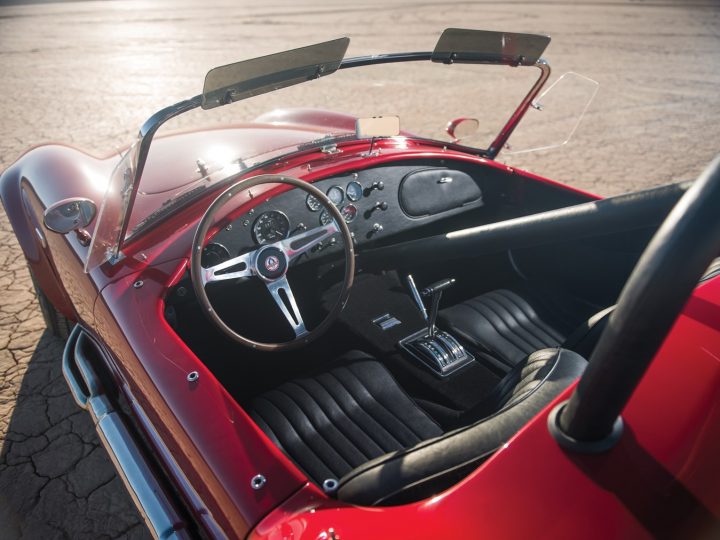 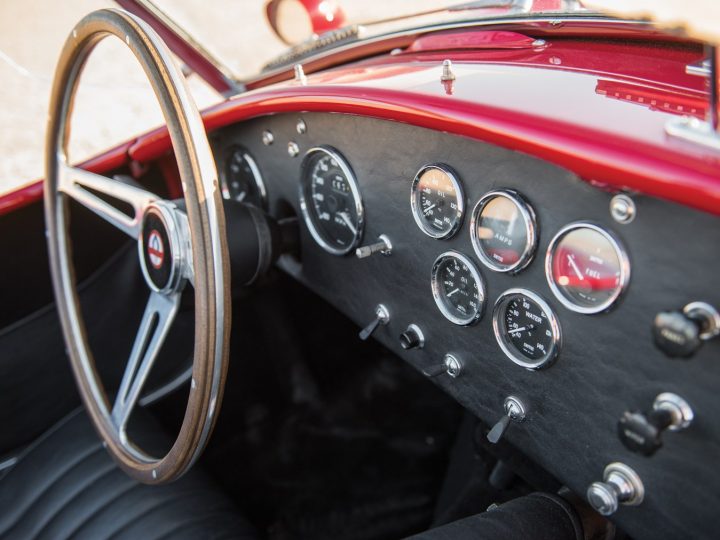 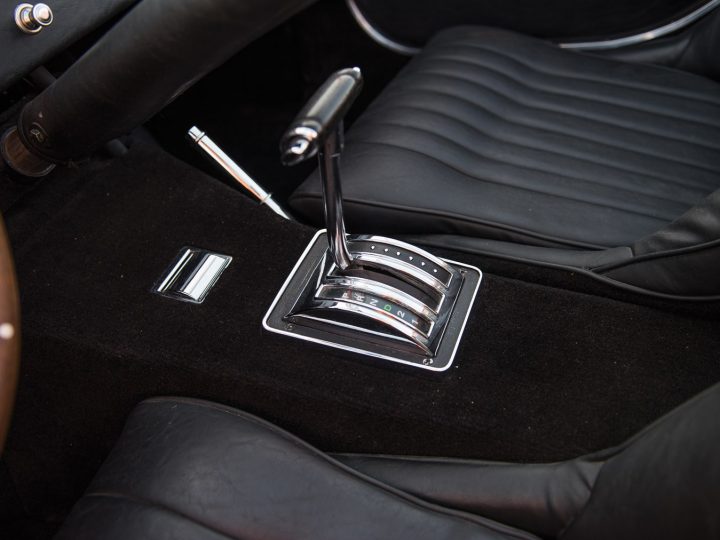