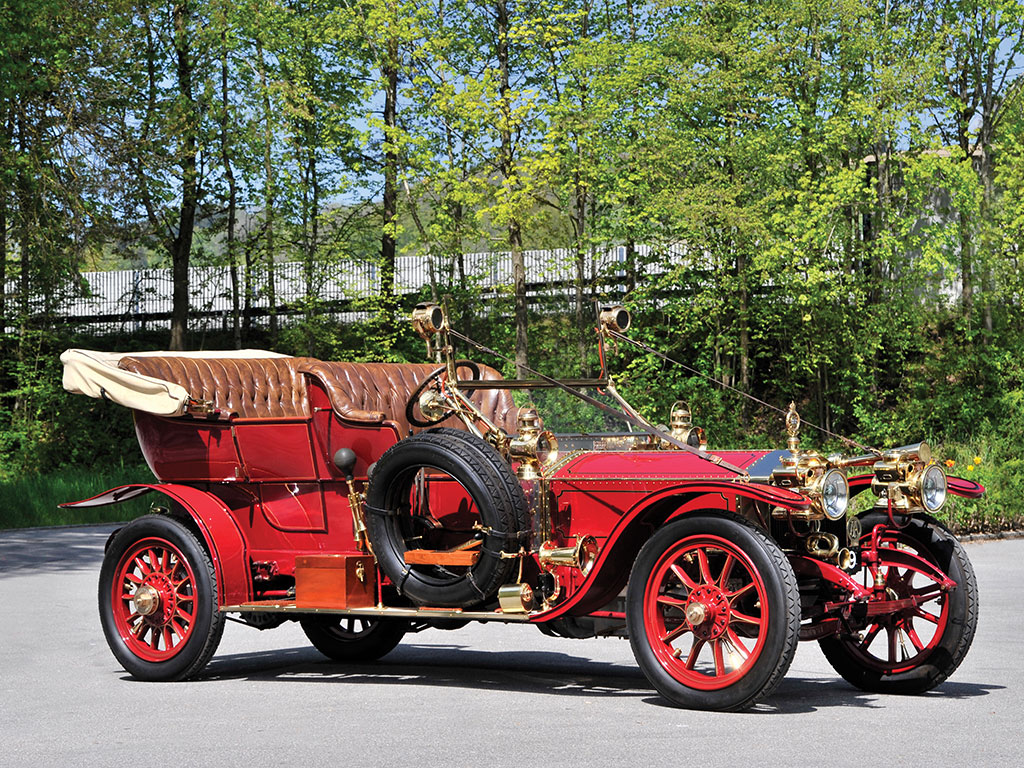 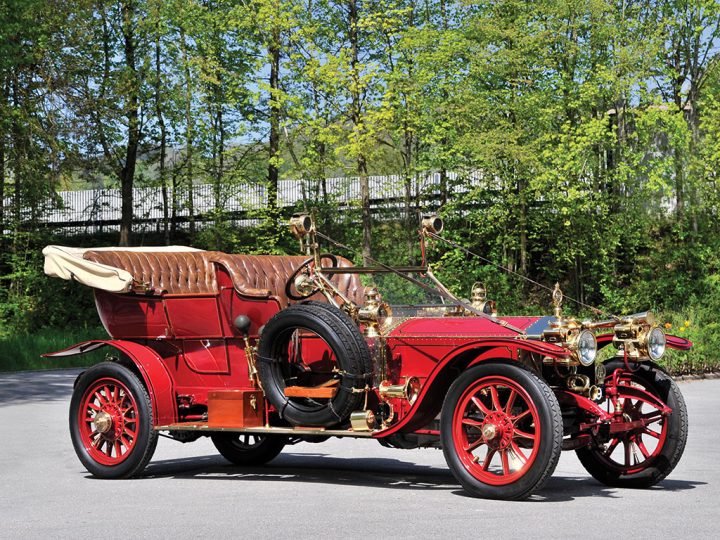 The most desirable of the Rolls-Royce 40/50 HP Silver Ghosts are the early “parallel bonnet” models, those produced between the start of production in 1907 and 1915. Named for the distinctive design of their front ends, these cars are unparalleled in their opulence, elegance, and Swiss watch-like craftsmanship. Value of these automobiles is measured by the knowledge of their history, the quality of their restorations, and most pointedly, by their age. To enthusiasts of Silver Ghosts, “the earlier the better” is frequently the rule, and true bragging rights belong to that fortunate handful of survivors built in 1907 and 1908. 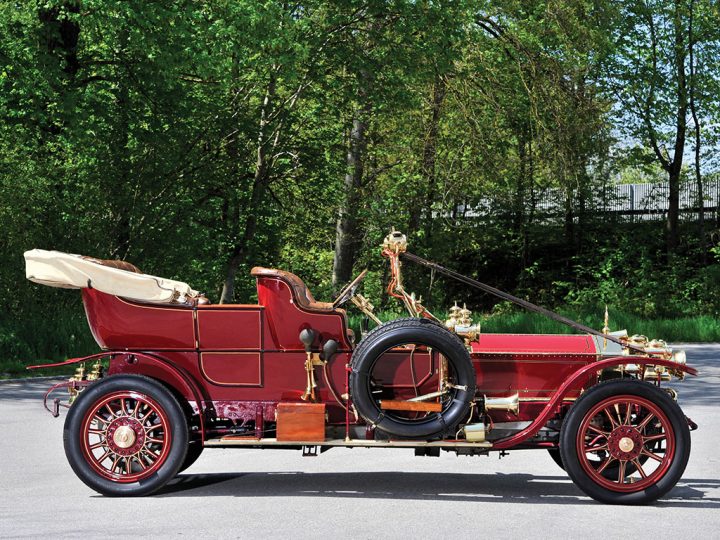 This Rolls-Royce 40/50 HP Silver Ghost, chassis number 60756, was ordered on 30 May 1908 by George Edwardes, a London theatre impresario of the period, credited with the invention of the modern stage musical. He was an enthusiastic “automobilist” and particularly enjoyed Rolls-Royce, of which he purchased several examples over the years. Factory build records indicate that the car was originally to be bodied by Barker, but it was in fact sent to H.J. Mulliner, as is seen in the finished body, depicted on page 201 of John Fasal and Bryan Goodman’s invaluable The Edwardian Silver Ghost. Mulliner’s delivered the completed car to Mr. Edwardes that fall. 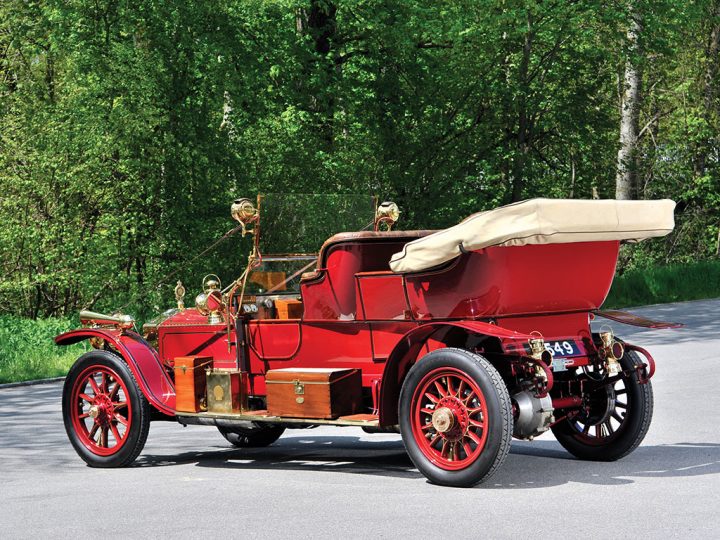 Fasal and Goodman record subsequent owners as Herbert Morris of London, in 1915, and a Mrs. Chris Caslon, also of London, in 1921. The car was registered in London as LM 4367 in 1919, as is noted in the factory records. Further history, typical of early Silver Ghosts, is not known until 1958, when the bare chassis was uncovered in a breaker’s yard near Witney by a well-known old car dealer of the period, Cecil Bendall of Hitchin, Hertsfordshire. Mr. Bendall mounted a makeshift racing body, replacing the car’s “breakdown truck” body, but otherwise left the Silver Ghost alone. The chassis was subsequently sold, still unrestored, in 1972 to W.D.S. “Bill” Lake, a well-known Rolls-Royce and Bentley collector in Sussex. In finally restoring the significant car, Mr. Lake wisely chose the services of renowned craftsman Jonathan Harley. Mr. Harley has, for some years, been the foremost Silver Ghost restorer in the world, responsible for the painstakingly authentic and award-winning restorations of cars owned by Rick Carroll, Millard Newman, and others, as well as for the restoration of the original “Silver Ghost.” 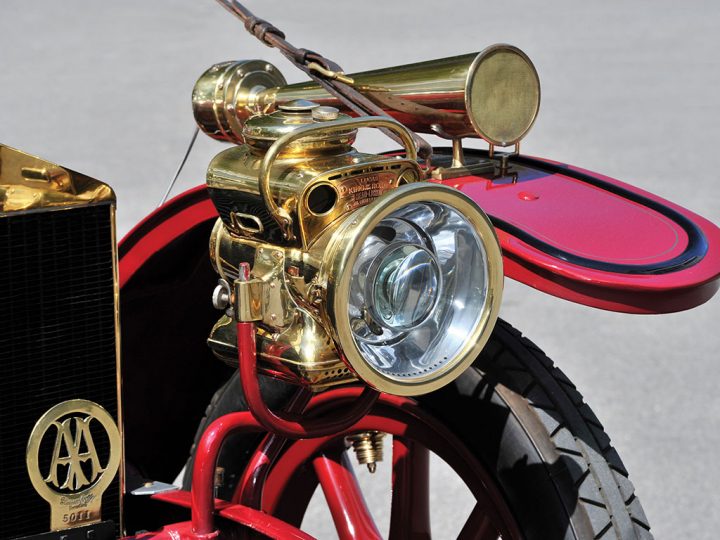 In his book, The Silver Ghost: A Supernatural Car, Mr. Harley describes the challenges of restoring the idiosyncratic early Silver Ghost chassis. Overall, the car’s mechanical parts were found to be correct and in fairly good condition, with the exception of the gearbox, which was replaced with the correct type; a new gasoline tank; and new quarter-elliptical springs. Even the original magneto was rebuilt and reunited with the car. The original steering box was found to be very heavily but quickly geared, “more suitable to a modern Grand Prix car,” and so was appropriately re-geared. Significantly, the car retains its original engine, as noted by Mr. Harley in a recent phone conversation. Mr. Harley further noted that after a period on wire wheels, the original wooden wheels to this chassis were restored and subsequently reinstalled on the car, where they remain today. Mr. Harley and Mr. Lake together drew out lines for an appropriate 1908 vintage body, which was built by the well-known craftsmen of Wilkinson in Derby. The body was finished in its present appearance, in a rich garnet, striped in gold to match the finishes of the chassis frame, and trimmed in dark brown leather. With the extensive brass trim throughout, including the radiator shell and mascot, Lucas King of the Road headlamps and sidelights, a “Double Elliott” speedometer, and folding windshield, all overseen by a sweeping top, the result was and remains truly imposing, dramatic, and stunning. 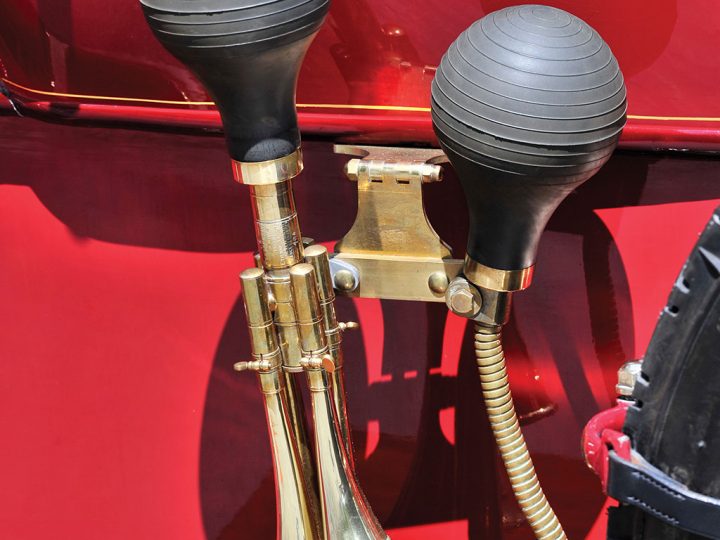 In 1984, Mr. Lake sold his Silver Ghost to James Stickley, a well-known American Rolls-Royce connoisseur and active RROC member from Iowa. In a recent conversation, Mr. Stickley recalled that Mr. Harley referred to it as “the best Ghost in the world at the time. You could steer it with your little finger.” 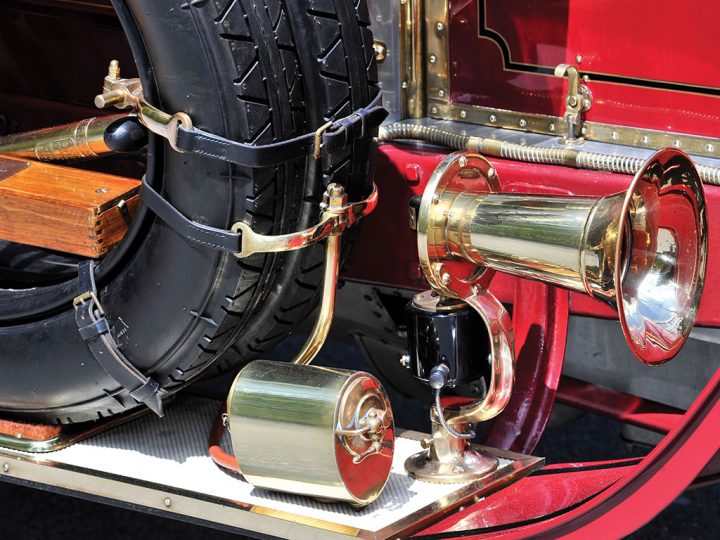 The car subsequently passed through the famed Florida collections of both Rick Carroll and Bill Lassiter before making its way to England in the hands of longtime enthusiast Charles Howard, who maintained it for two years. Sold in 1991 to Ishieto Morimoto of Japan, it was acquired in December of 1993 by the current caretaker, giving the car a long-term home in which it has now remained for a remarkable 23 years. 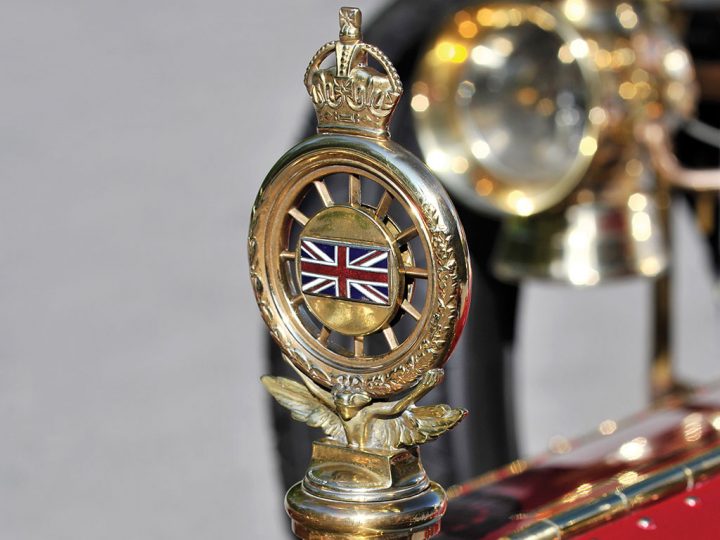 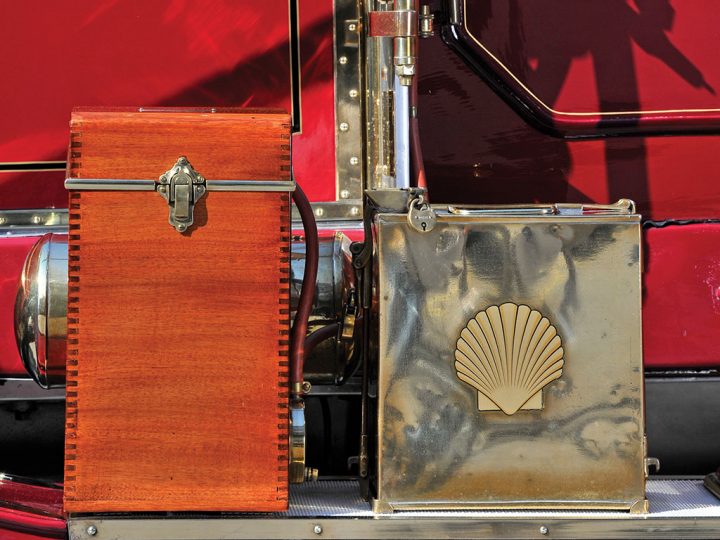 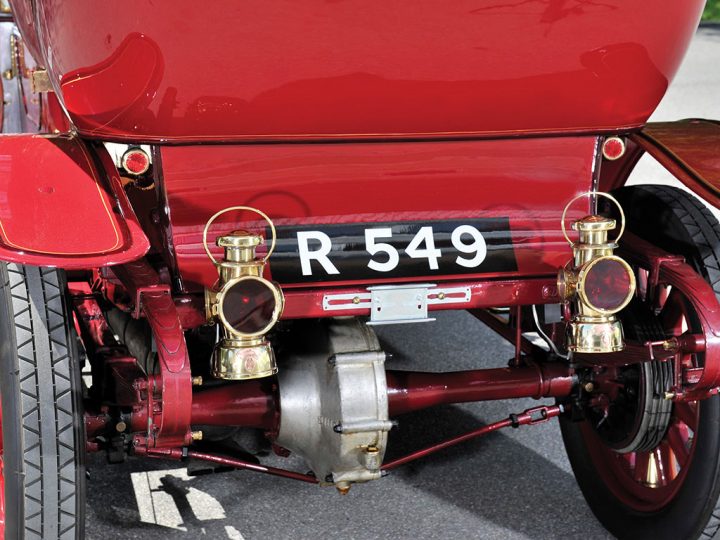 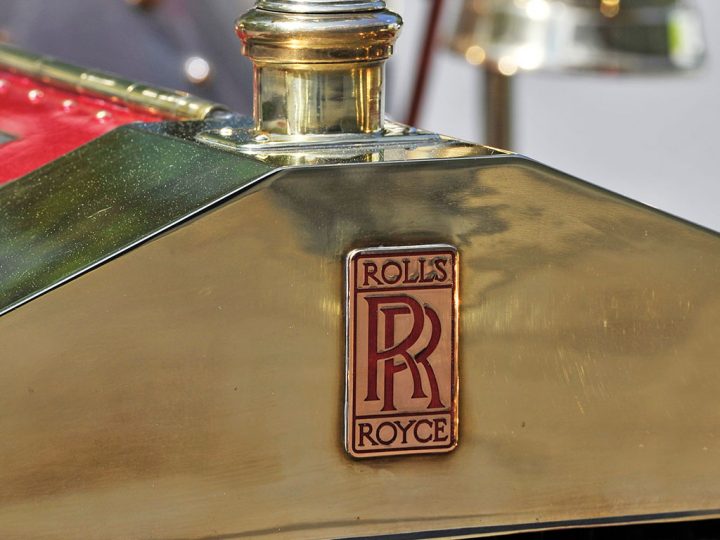 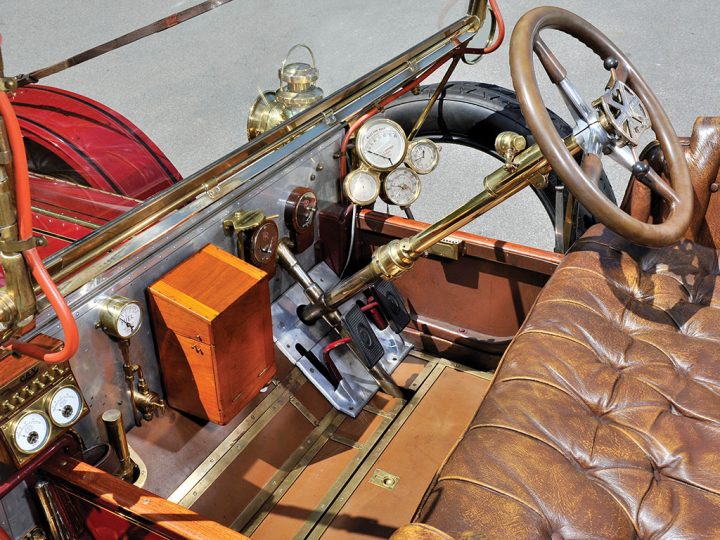 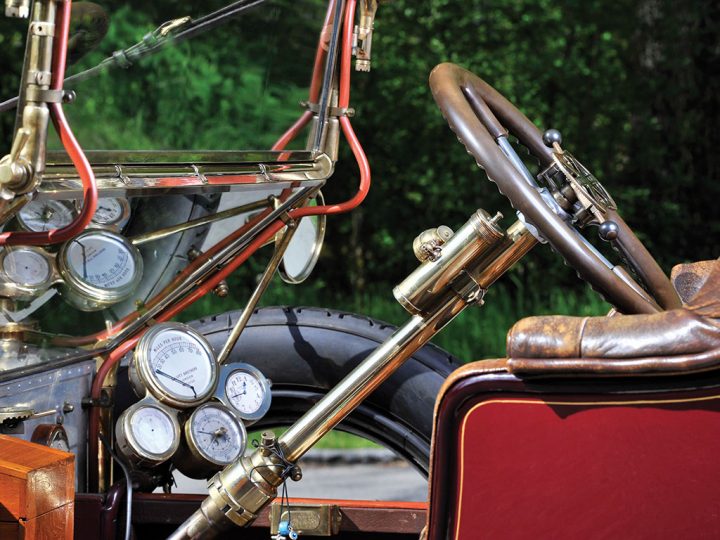 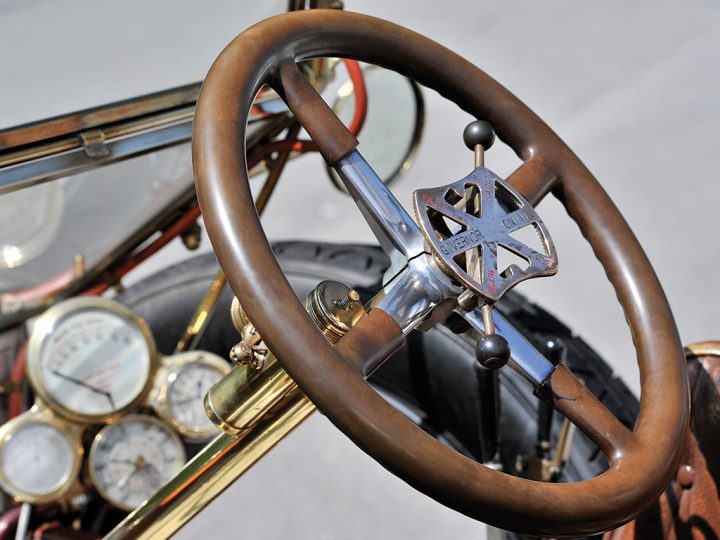 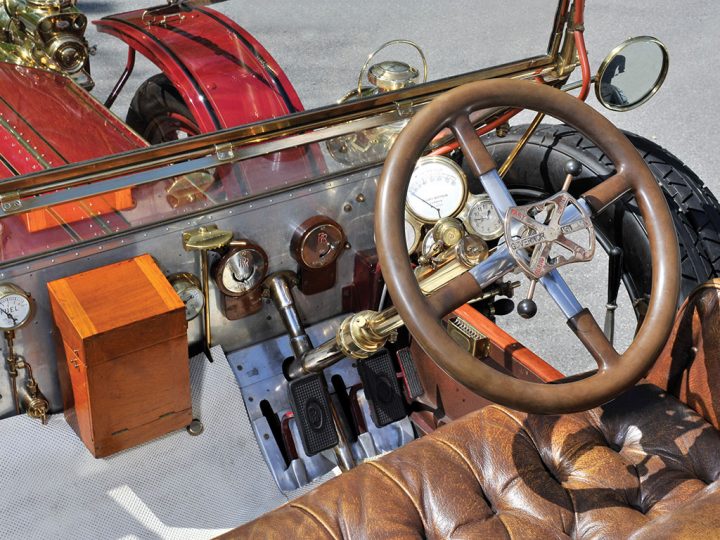 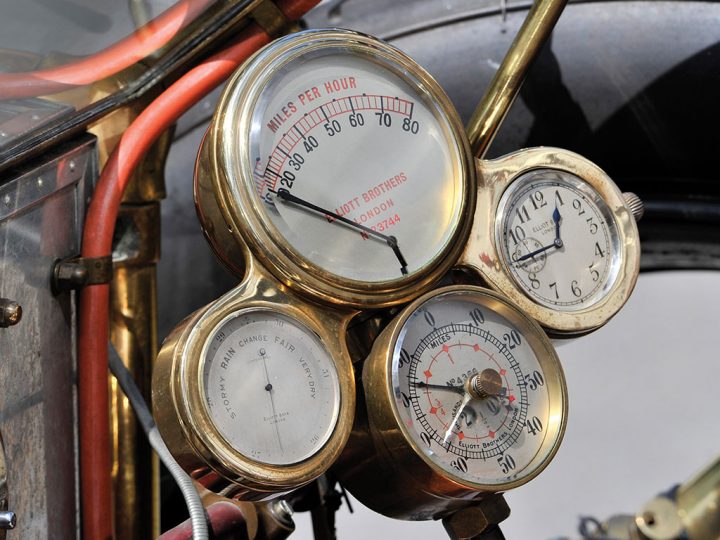 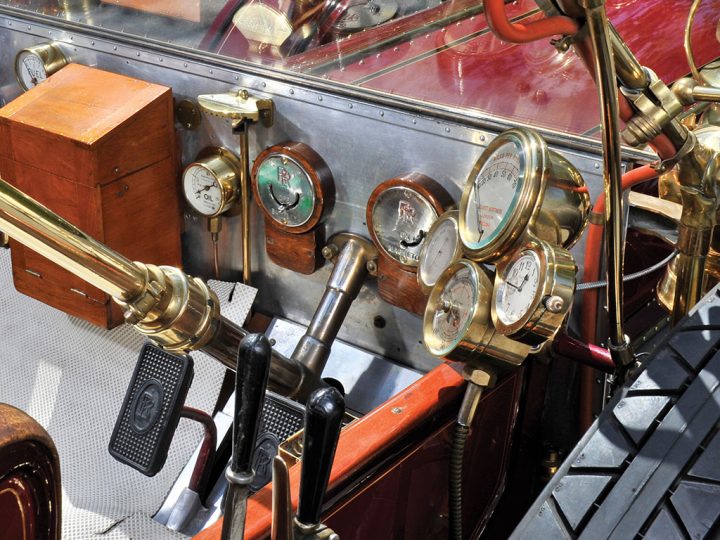 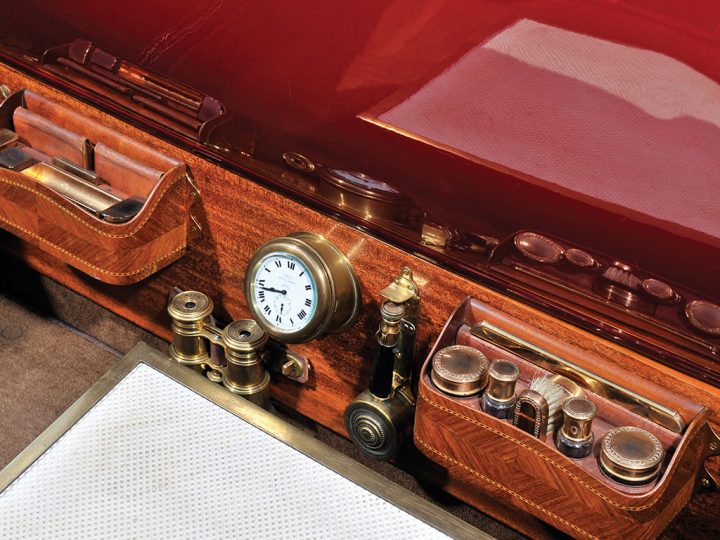 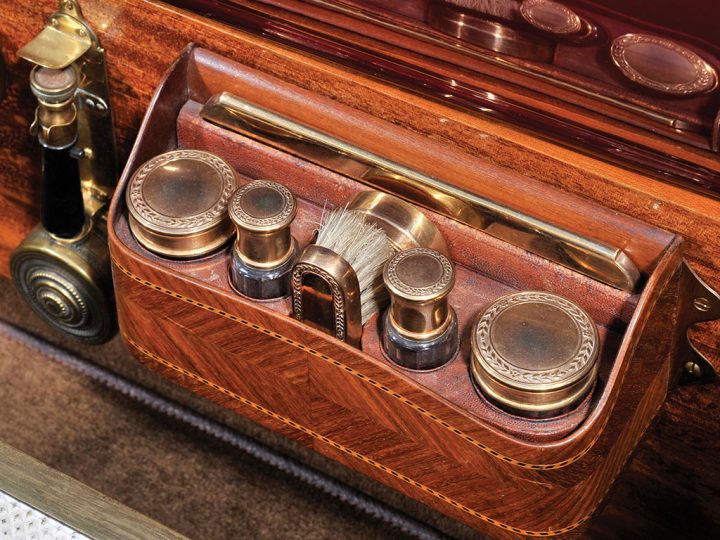 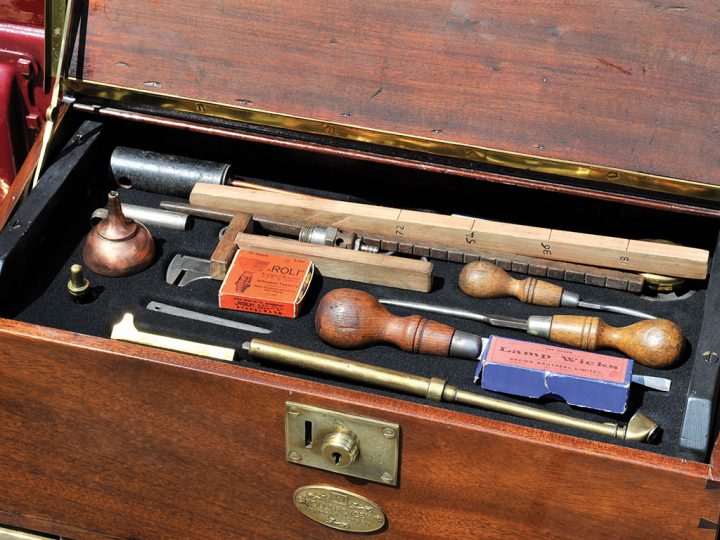 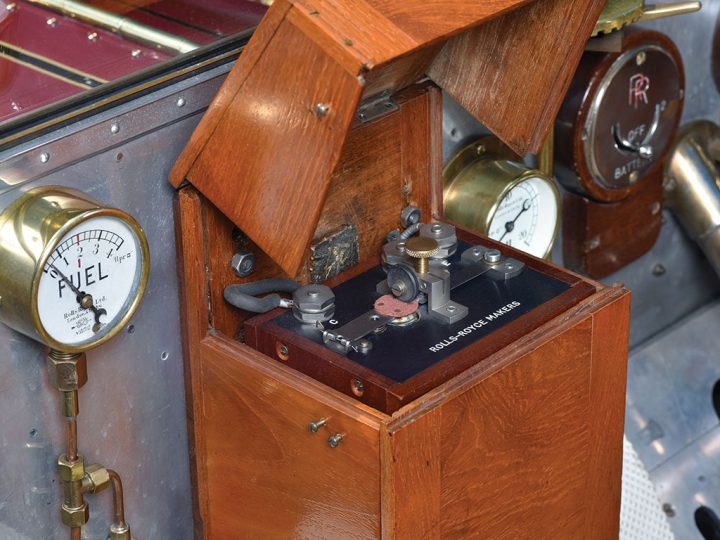 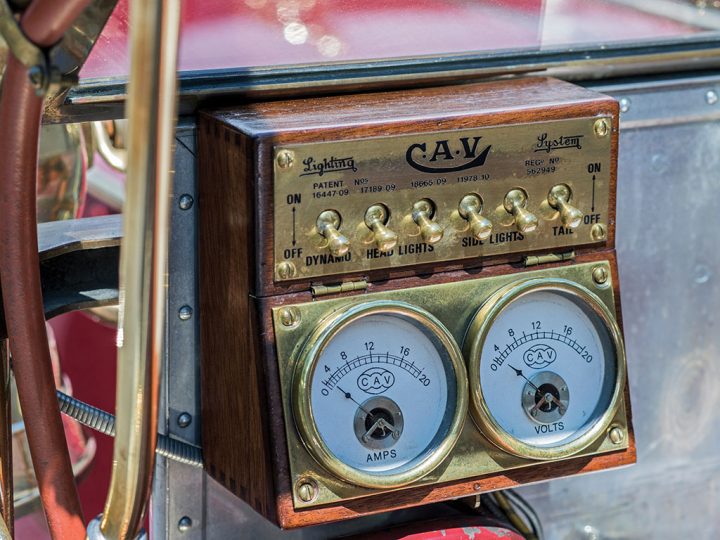 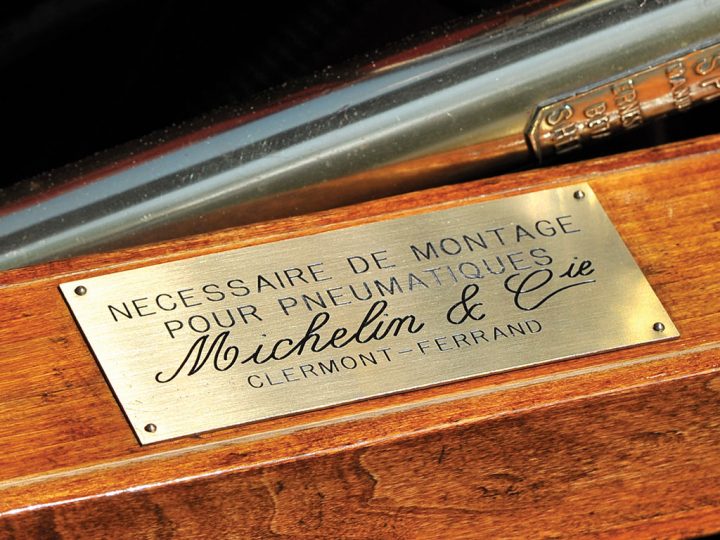 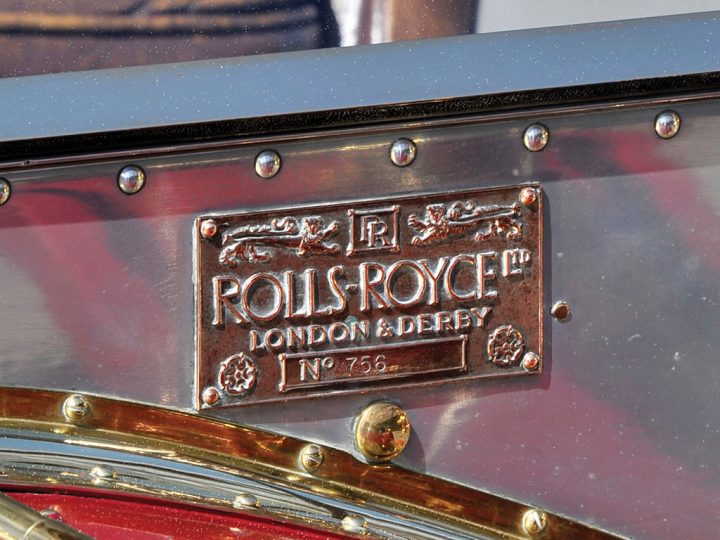 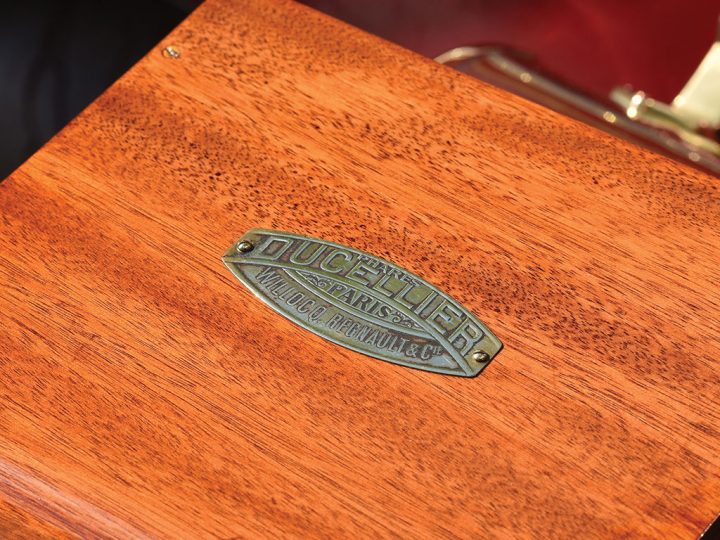 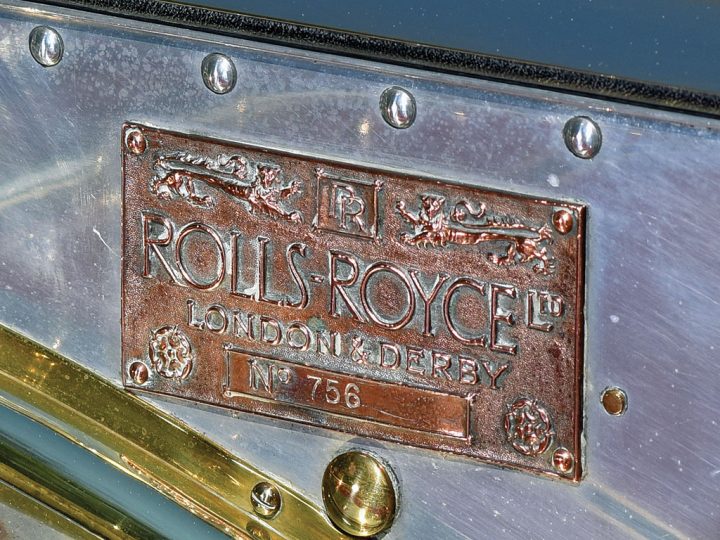 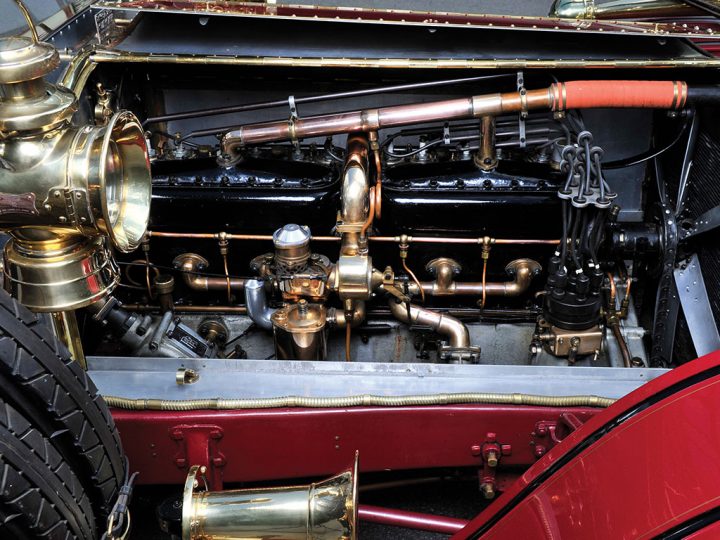 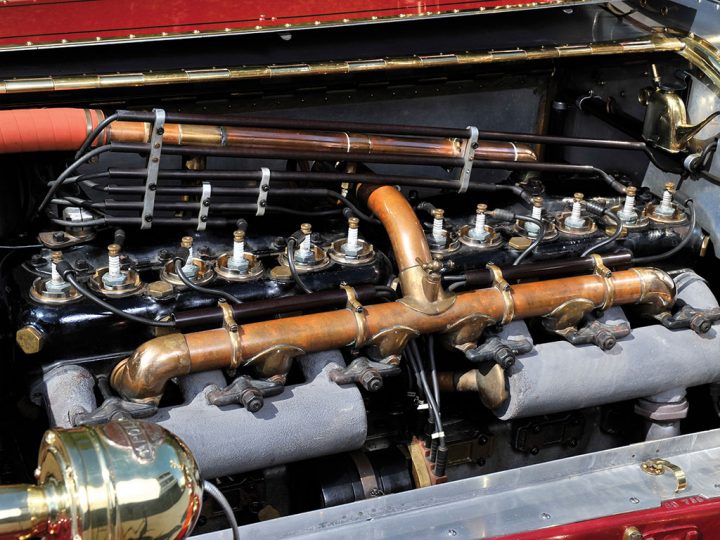