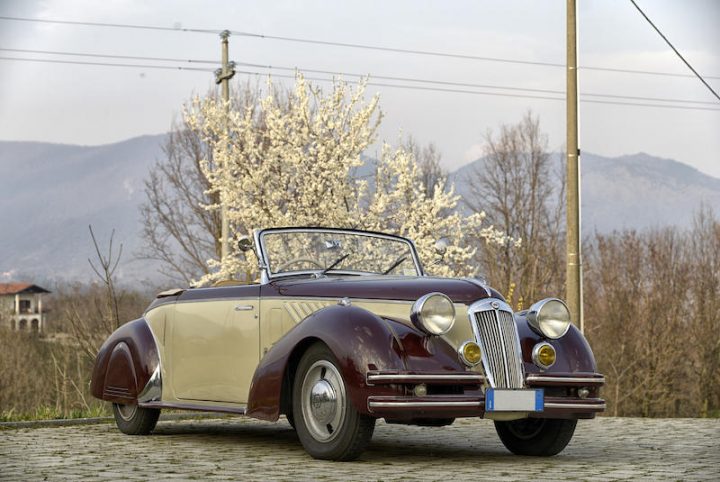 One of the most gifted automobile engineers of all time, Vincenzo Lancia did not live long enough to see his final creation enter production, although the exacting parameters he set out would shape what many consider to be the true ancestor of the modern motor car. Launched in 1937, two months after his death, the Aprilia set new standards in production car design. Vincenzo Lancia had specified that this new small saloon should weigh less than 900 kilograms, be less than 4 metres in length, seat five adults in comfort, possess independent suspension, be capable of attaining 130km/h, and consume fuel at a rate of 10 litres per 100 kilometres. Faced with these challenging demands, the design team had little option but to abandon conventional thinking.

Presaging post-war developments, the Aprilia saloon broke away from the traditional ‘three-box’ layout and incorporated Vincenzo’s specified all-independent suspension and hydraulic braking, while the unitary construction bodyshell and overhead-camshaft narrow-angle V4 engine were advances Lancia devotees had enjoyed for many years. Allowed little space to work with, Lancia’s designers concentrated on packaging the drive-train as effectively as possible; the differential, brakes, suspension and wheels being assembled separately for inclusion as a single unit. Rather than being merely a styling device, the Aprilia’s streamlined shape had been determined by wind tunnel experimentation, one of the very first instances of the science of aerodynamics being applied to a production car. This meant that despite having only 1,351cc (later 1,485cc) at its disposal the Aprilia was indeed capable of 130km/h, while the advanced running gear ensured that it stopped and handled better than anything in its class. ‘Mirror-image’ doors and pillar-less construction ensured that for ease of passenger access the Aprilia was unrivalled. 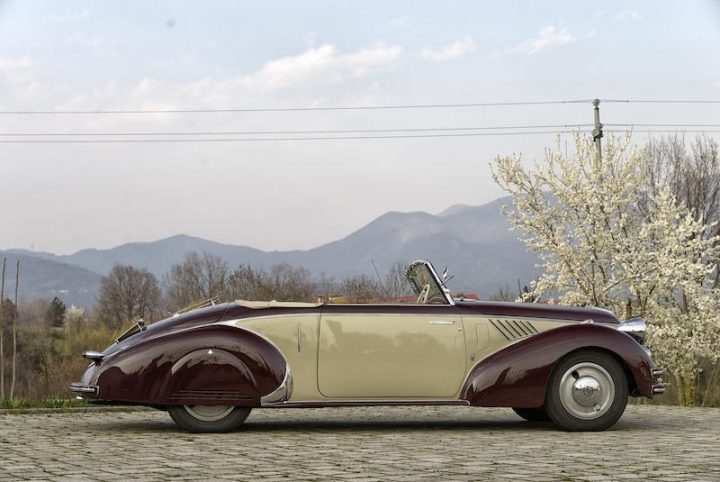 A 2nd Series model equipped with the 1½-litre engine, this Aprilia carries cabriolet coachwork by Stabilimenti Farina of Turin, the family firm where styling maestro Battista ‘Pinin’ Farina learned his craft. We are advised that the car was professionally restored between 2006 and 2012, refurbishment of the coachwork being entrusted to Mabert in Villastellone near Turin, Italy, a firm that makes prototypes for master stylist Giorgetto Giugiaro. There are no invoices available. Finished in Ivory/Bordeaux with beige leather interior, this beautiful little car is offered with an Italian libretto and Certificato di Proprieta. 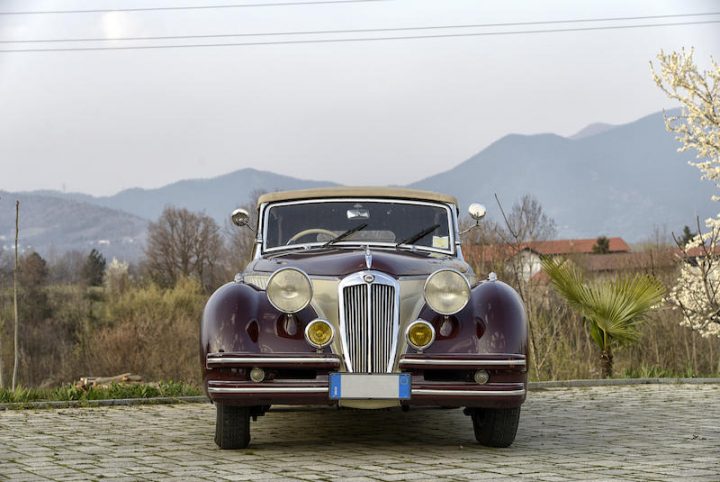 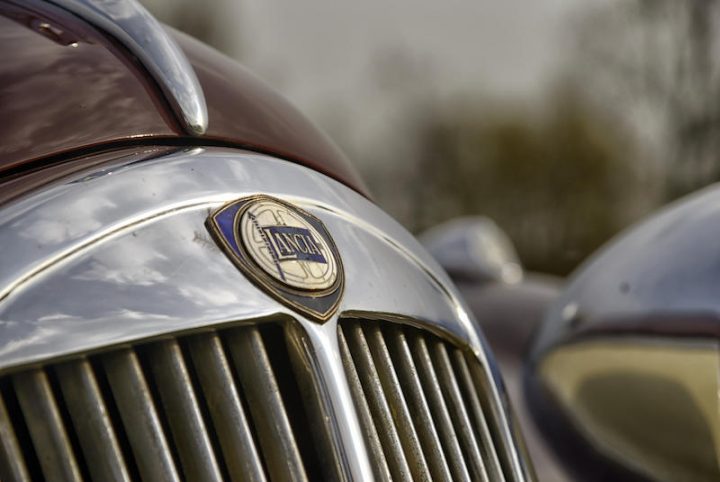 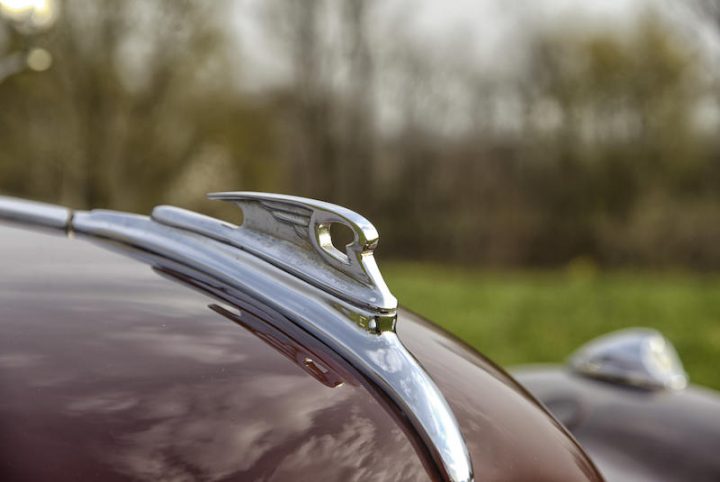 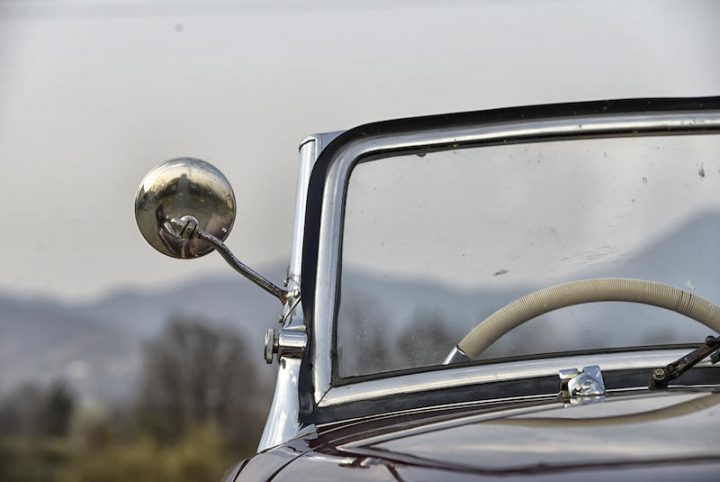 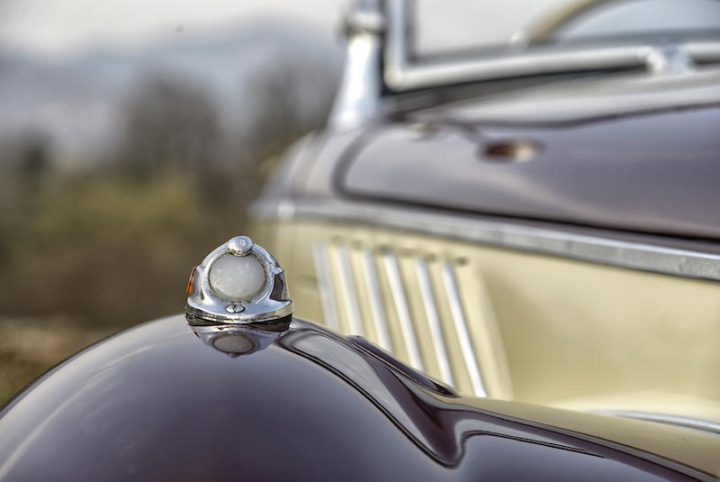 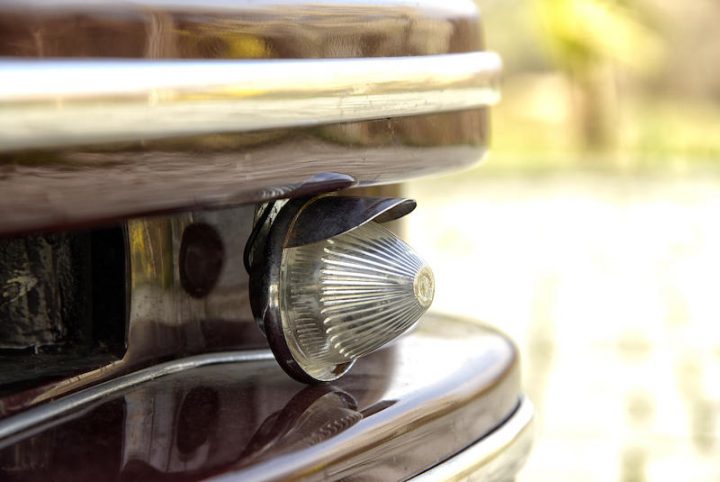 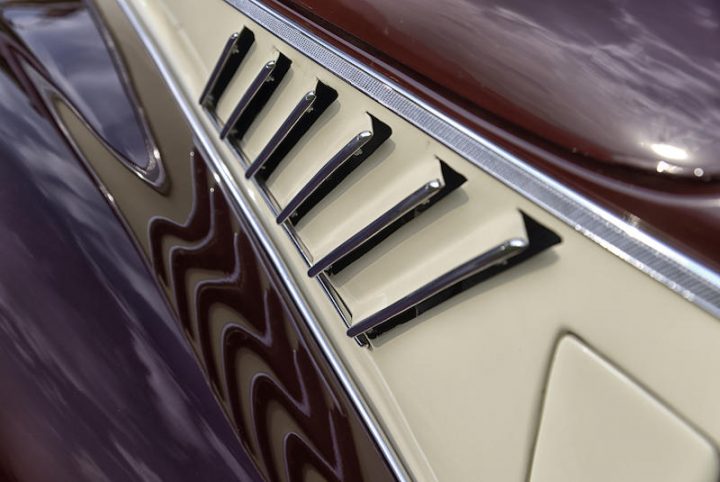 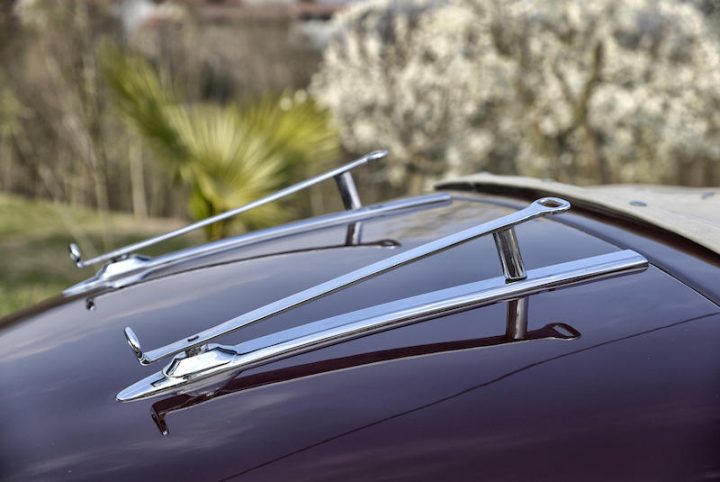 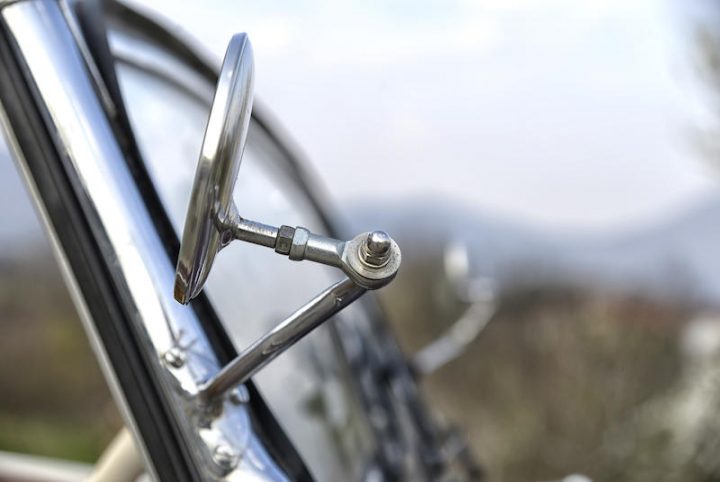 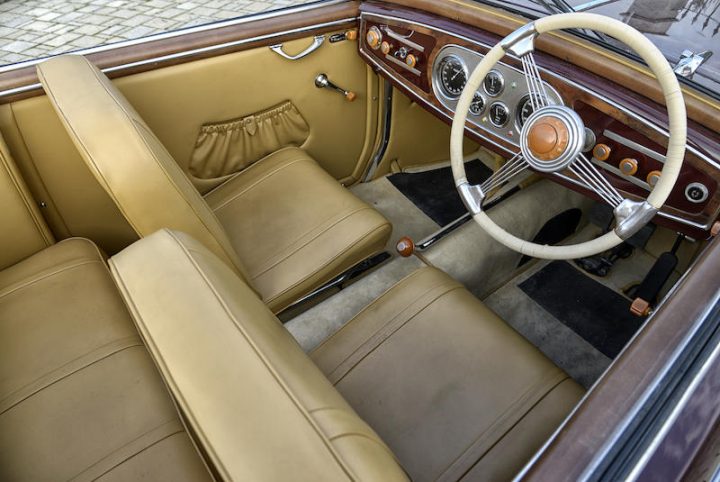 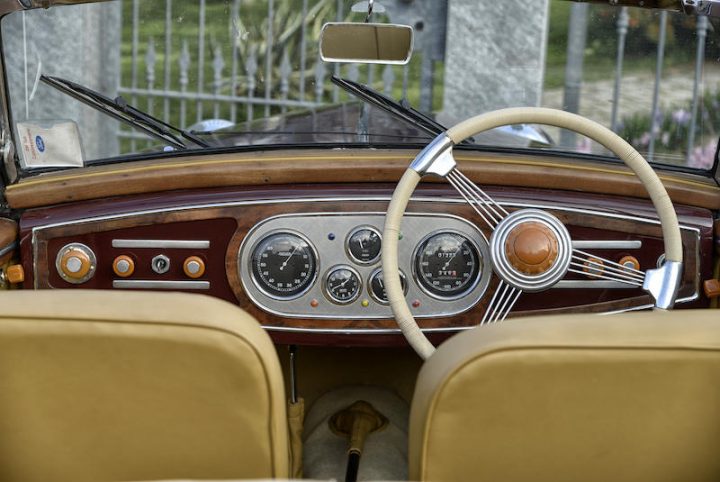 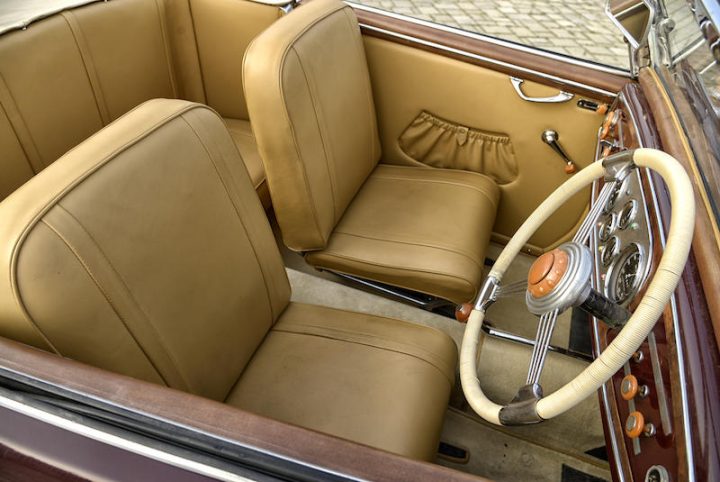 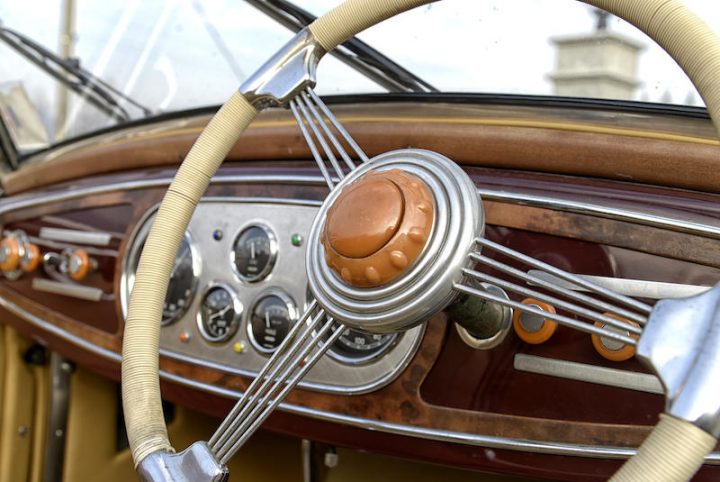 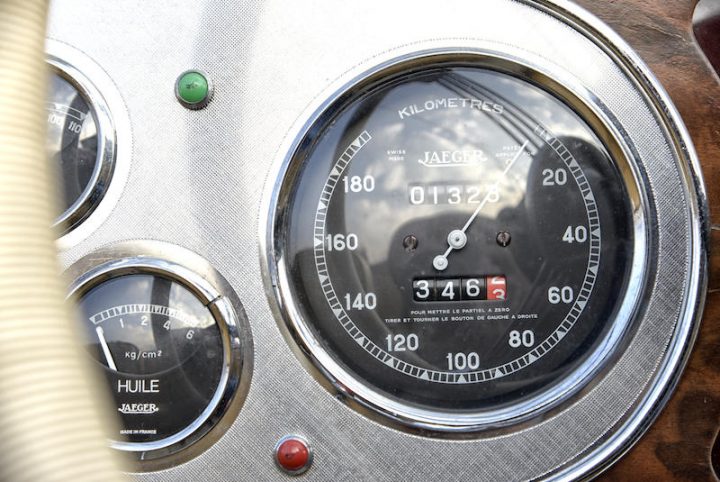 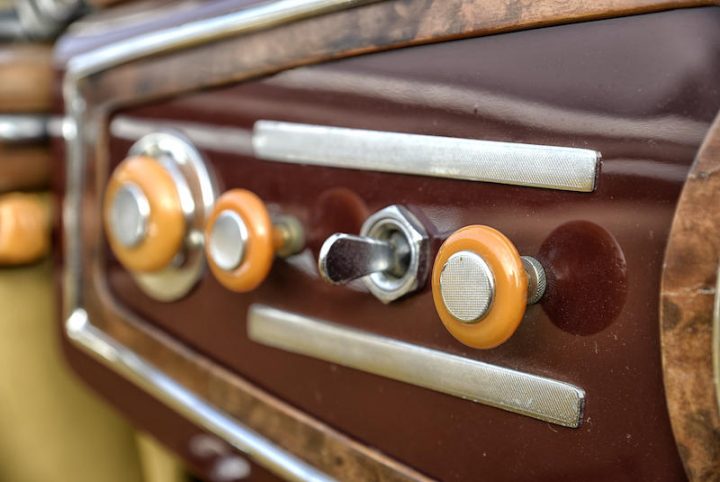 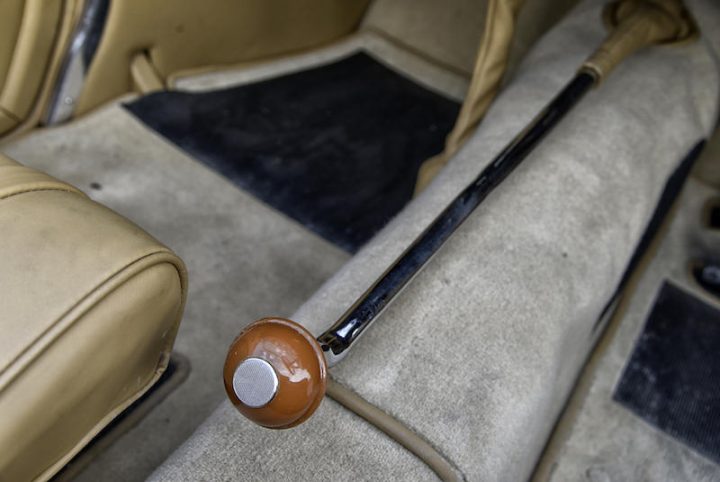 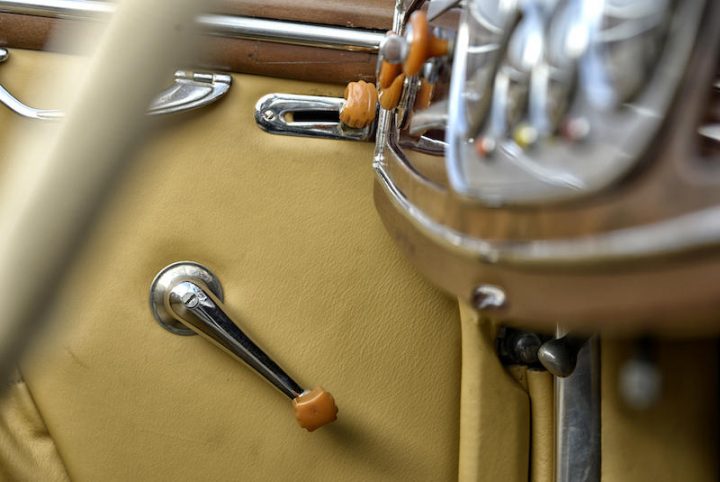 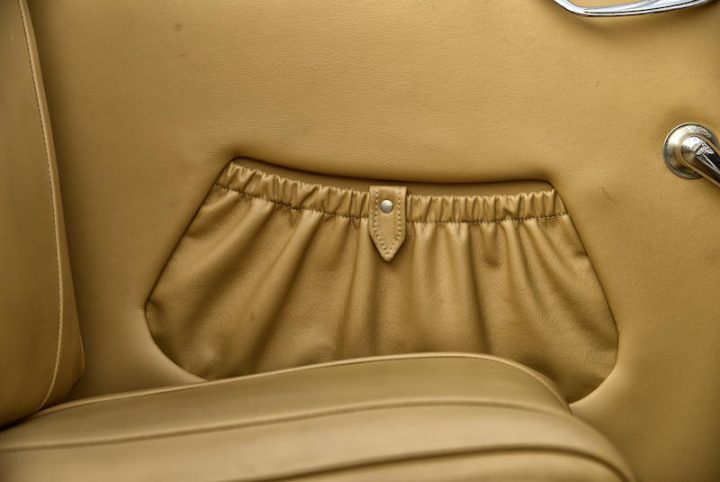 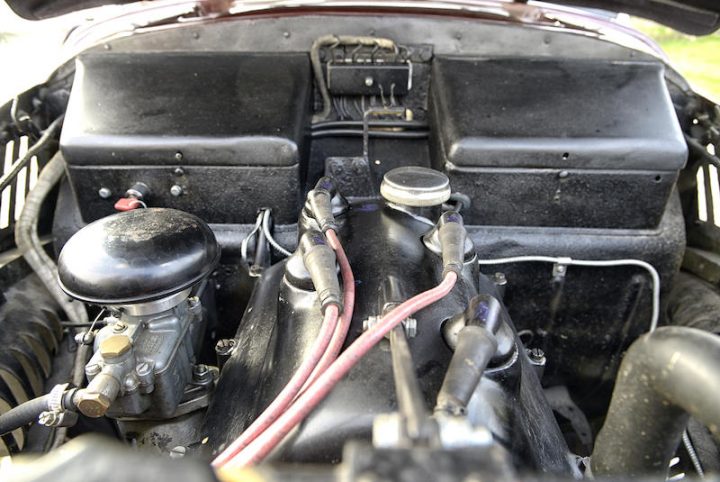 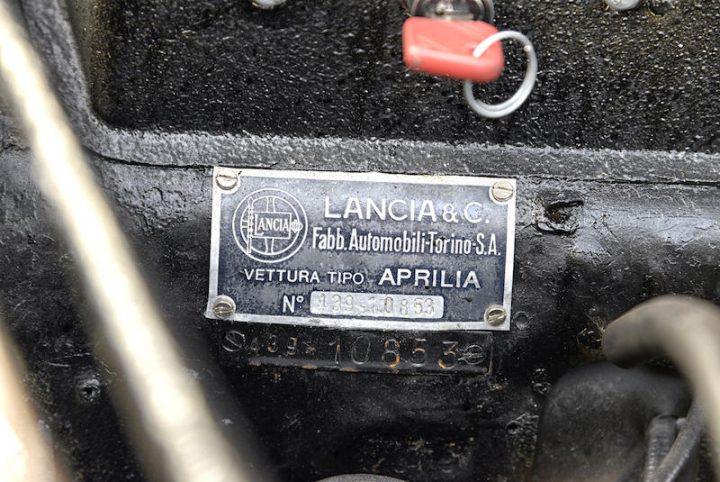