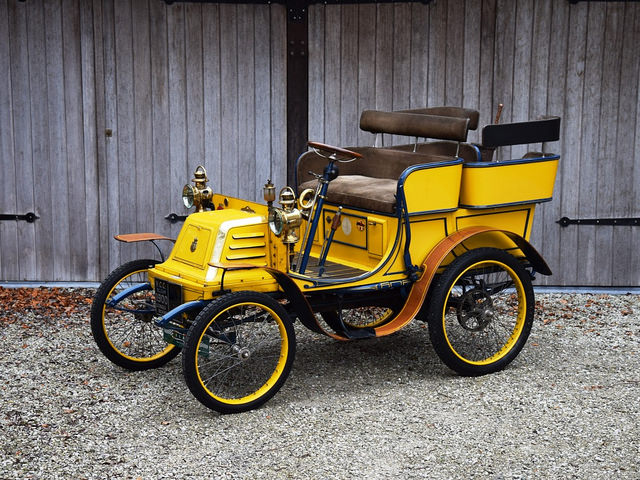 The history of the Georges Richard marque is linked with that of Brasier. Georges Richard founded the French make in 1893 in partnership with his brother, Maxime. ‘Société des Anciens Établissements Georges Richard’ was located in the Parisian suburb of Ivry-Port, though the company did not actually make any cars until 1897. Already established as manufacturers of high-quality bicycles, the Richard brothers offered a Benz-like car at first, to which was added a smaller voiturette model licensed from the Belgian manufacturer, Vivinus, just as the example we are presented. 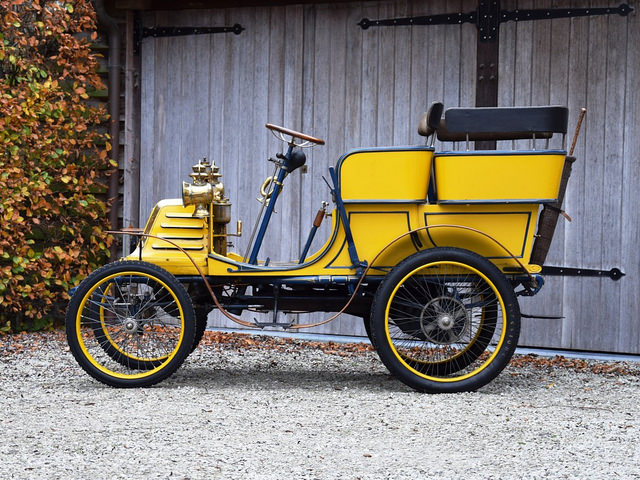 In 1901, engineer Henri Brasier left Mors to join Georges Richard, the Vivinus derived model continuing in production at first while new designs were prepared. Brasier’s new range of larger cars was constructed along Panhard lines, consisting of four chain-driven models with two and four-cylinder engines ranging in power from 10 to 40hp. Pressed steel chassis frames were the norm by 1904, while chain drive survived on only the largest models, shaft drive having been adopted on the others. The cars were renamed ‘Richard-Brasier’ for 1904 and plain ‘Brasier’ after 1905 following Georges Richard’s departure to found Unic. 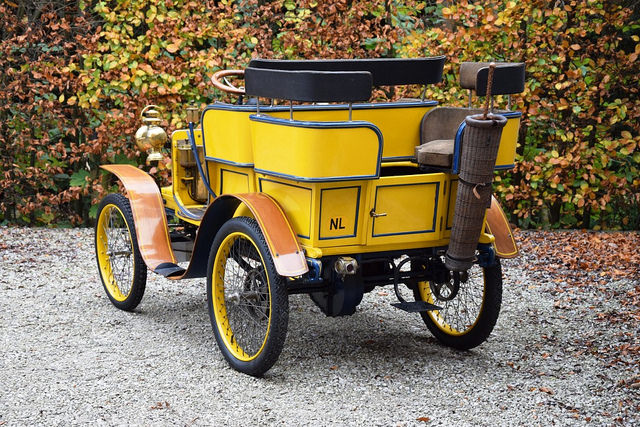 This Vivinus-type Georges Richard was sold new in Belgium and has been in the current ownership for the last 42 years. The previous owner had the car from the forties until 1972, when it was acquired by the actual owner. It is powered by a 785cc 3½ hp single-cylinder engine, which drives the rear wheels via a three-speed gearbox with belt final drive, and is capable of reaching 25mph if you are brave. This car, with chassisnr 344 is still in very correct condition and of course with the original engine. It has been restored in the seventies, and participated a couple of times in London to Brighton and other similar vintage car events. The polished wooden wings are in beautiful condition, and the car presents very well. The Georges Richard is well documented with period photographs and documents, and has a Dutch registration. Together with the car comes a beautiful period poster, as used by the factory on their stand at car exhibitions. This is a collectors item on his own, and extremely rare and expensive (if you can find one). 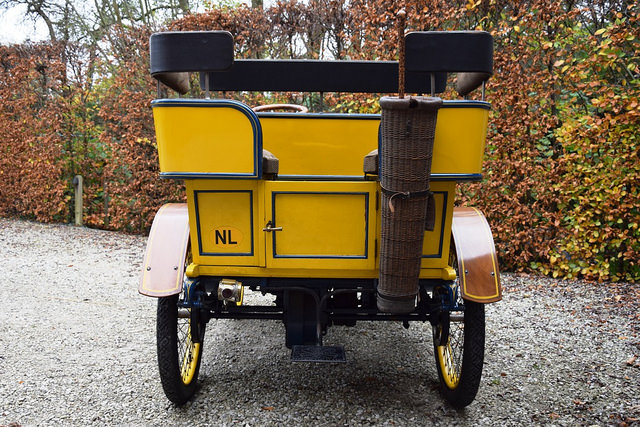 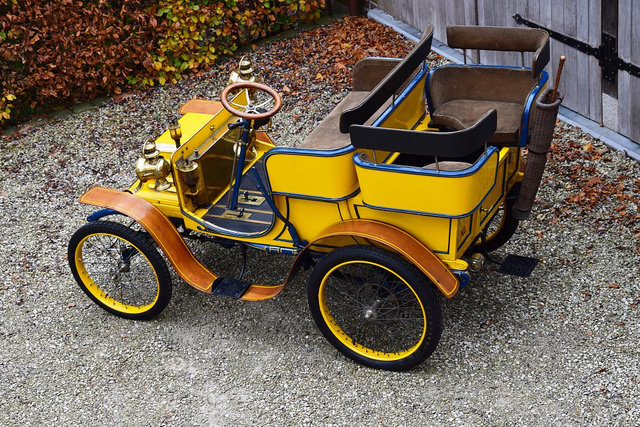 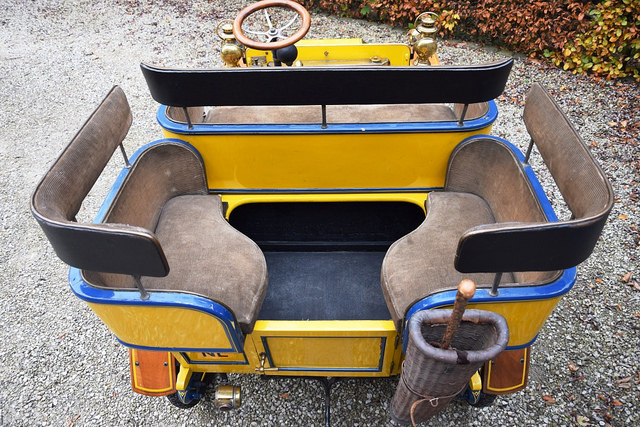 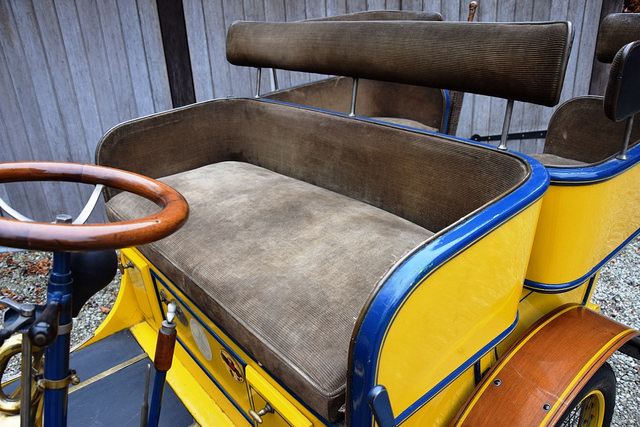 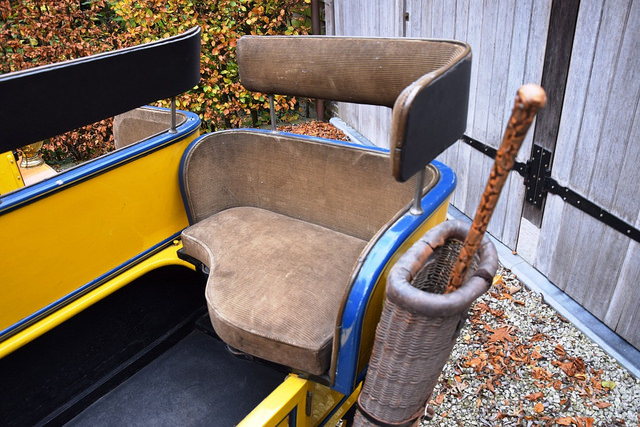 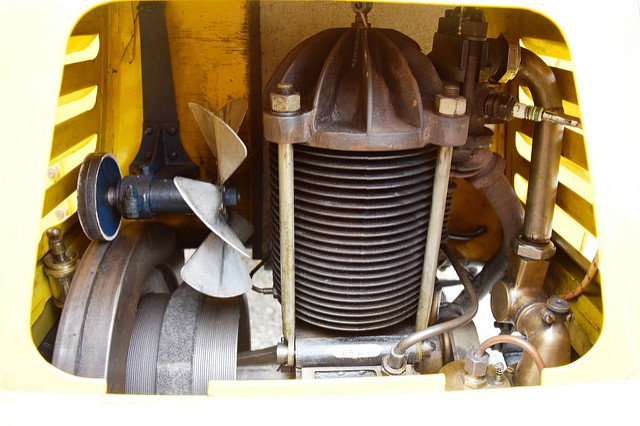