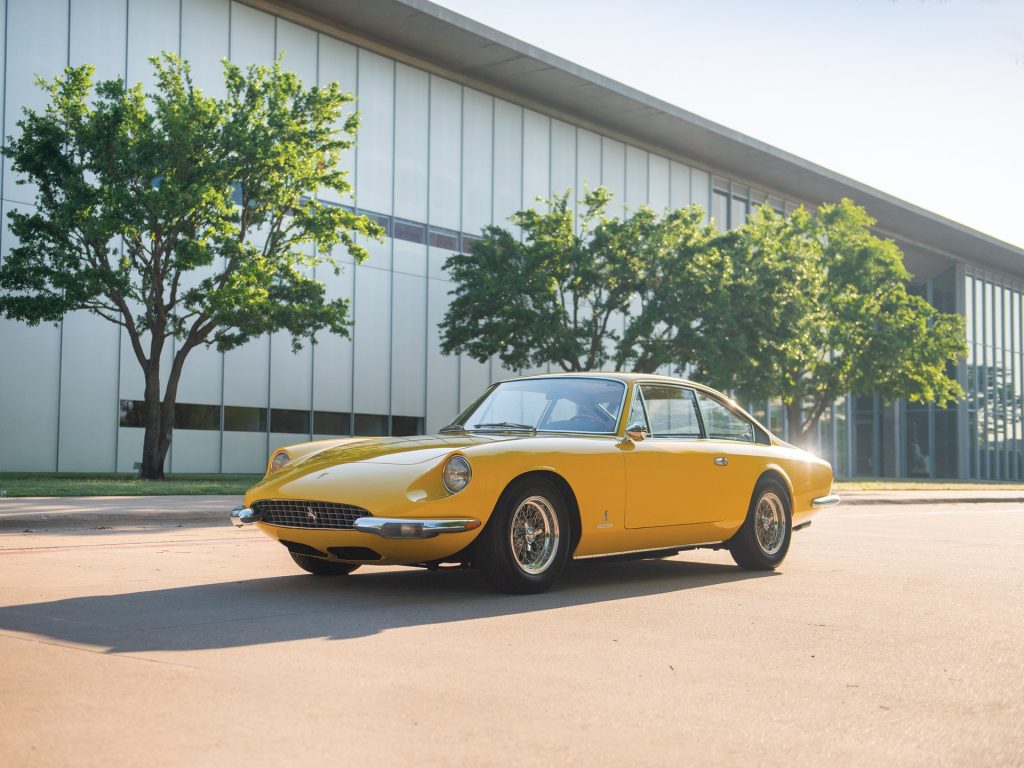 Chassis no. 11853 was originally finished in Azzuro Hyperion over black Franzi leather and then delivered from the factory to Renato Nocentini’s garage outside of Florence, Italy, in November of 1968. It was sold later that month to the first owner, a resident of Bologna. Subsequently, it was brought in for routine service and maintenance to the Ferrari factory’s Assistenza Clienti at Viale Trento in Modena. It was later exported to the U.S. in the mid-1970s and was sold from Atlanta, Georgia, to an owner in Zephyr Cove, Nevada, in 1981.