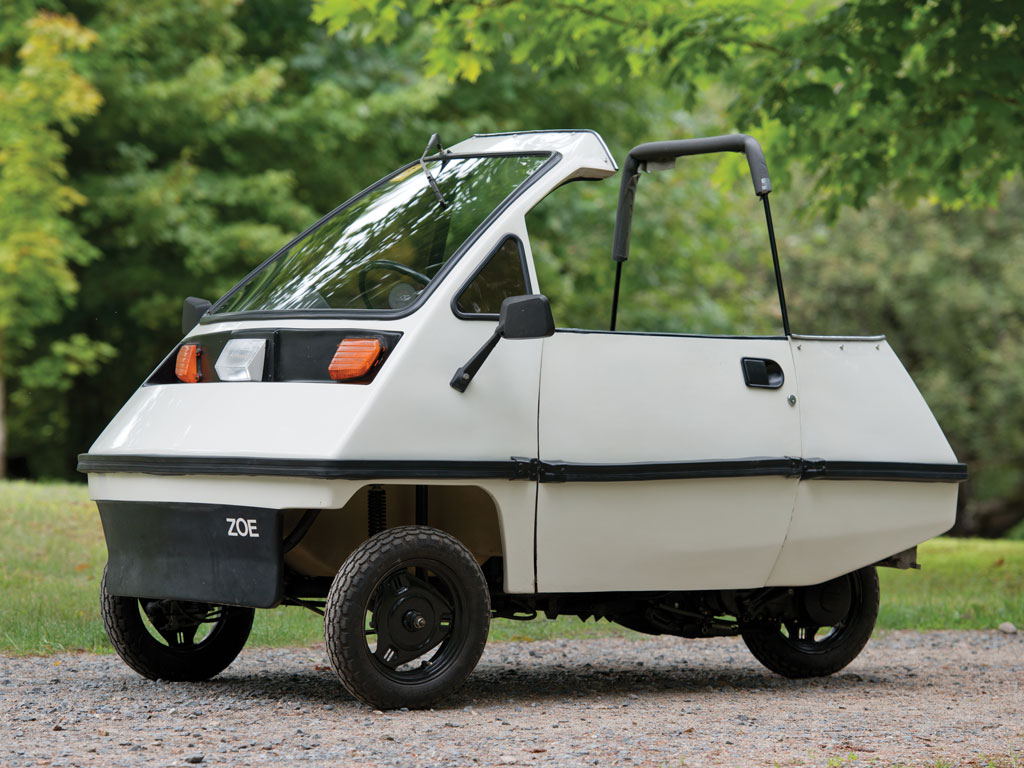 In 1983, Zoe Products, of California, acquired the distribution and naming rights to a tiny three-wheeled, single-seater person-mover from Mitsuoka Motors, of Japan, which had introduced the vehicle in its home country the following year. The little vehicle, which featured modern sharp-edged styling and was powered by a Honda moped engine, could reportedly achieve 45 mph at 112 miles to the gallon (“under normal Japanese driving conditions”), resulting in it being a possible answer to the fuel crisis of the era. Making it even more attractive to budget-conscious commuters was that it could be registered as a motorcycle for insurance purposes, which made it more affordable to own.