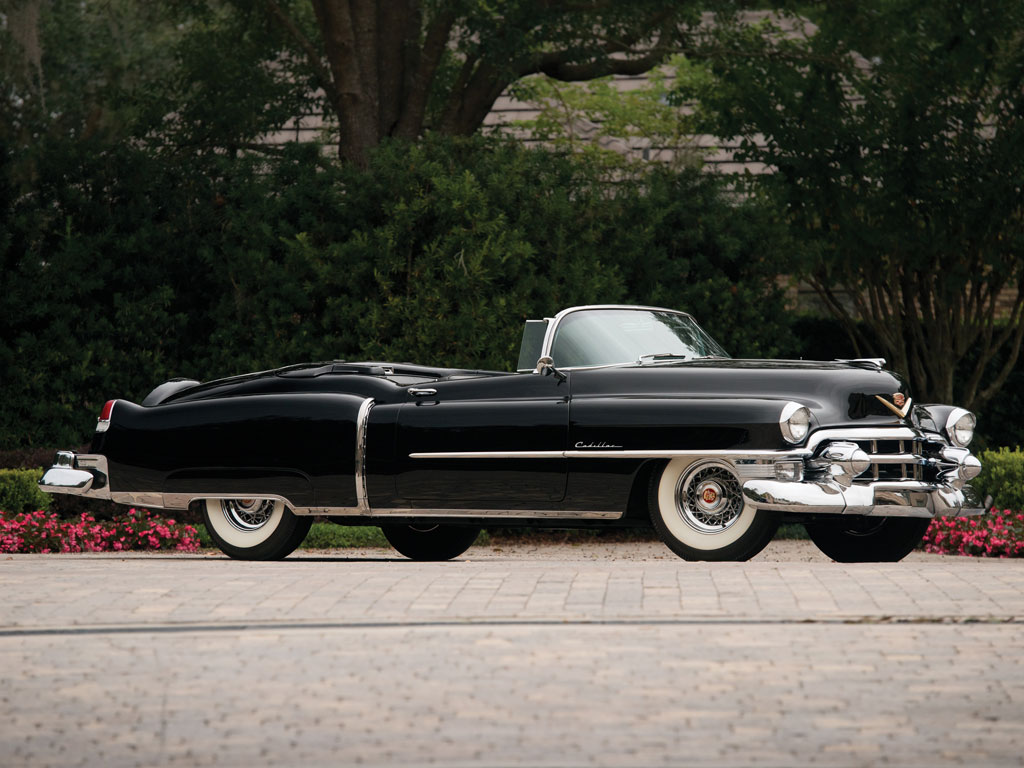 El Dorado! Over the passing decades, the name has come to refer to a legendary “City of Gold,” which has been long sought after and never acquired by all those who seek fame, fortune, and plunder. Only slightly less desirable in 1953 was Cadillac’s Eldorado, which was, at the time, the most glorious automobile that the company had ever produced. It was the first production Cadillac to carry a name that would continue to mean the finest in American luxury for generations to come.

The Eldorado, essentially a Series 62 Convertible Coupe, was one of four 1952 General Motors Motorama dream cars that were ushered, largely unchanged, into limited production the following year. However, the body was radically reshaped, incorporating a wraparound windshield, Packard Darrin-like “dips” in the doors, and an acrylic fabric convertible top that disappeared neatly behind a metal boot when lowered. This being the 1950s, comfort abounded within, with such features as power seats, windows, and steering all being standard in the leather-trimmed cockpit, as was a signal-seeking radio, an automatic heating system, and windshield washers. The package was finished with wire wheels that were shod with wide whitewall tires.

In a public relations coup for the ages, the first production Eldorado literally rolled out with the president of the United States in the backseat, as Dwight Eisenhower used it for his inaugural parade in January 1953.

Only 533 lucky souls got to experience what Ike experienced. The original Eldorado has gone down in history as the most unique and rarest of the many cars to carry the famous name, and it remains among the most desired of all post-war Cadillacs.