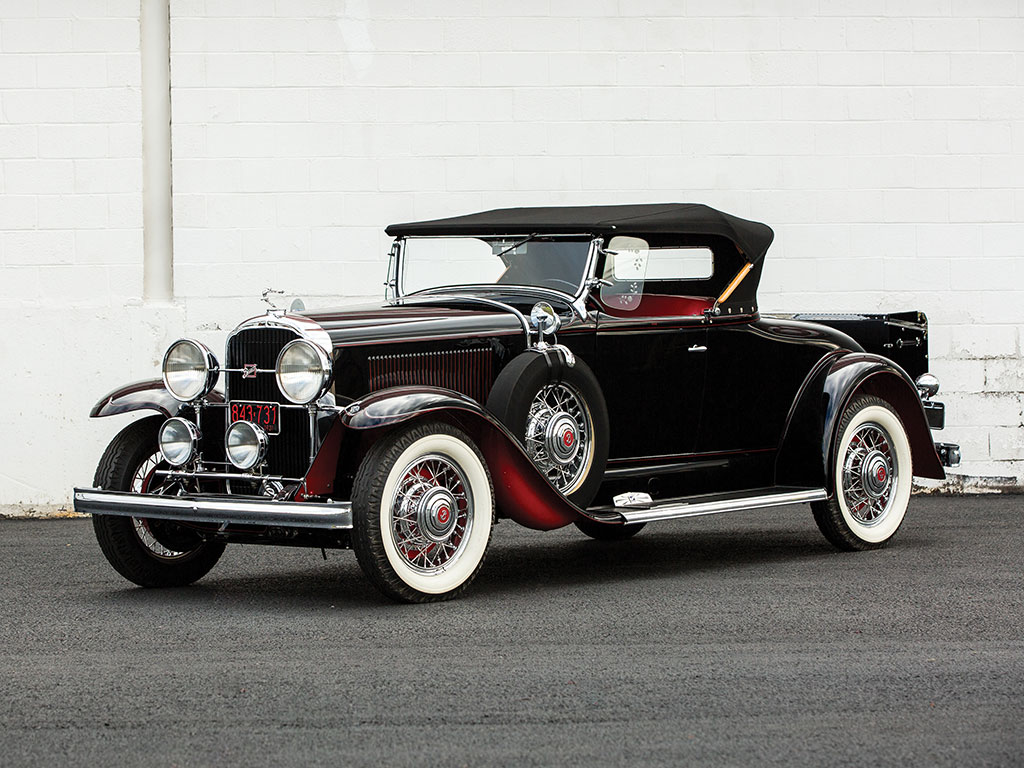 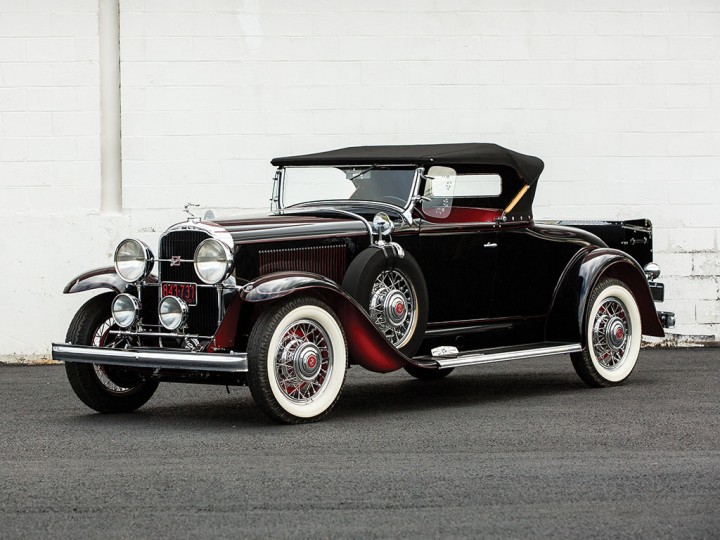 Through the first three decades of the 20th century, Buick championed the inherently superior and better-performing overhead-valve engine in popularly priced automobiles. In 1931, the company made an important engineering shift from their long-lived six-cylinder engine, as the engineers had grown to feel that the design had reached its limits in size, smoothness, and efficiency. In its place, Buick employed an all-new straight eight-cylinder engine design to power its cars, the cache of which—an entire line of eight-cylinder models!—was thought to be good for sales and the marketplace. 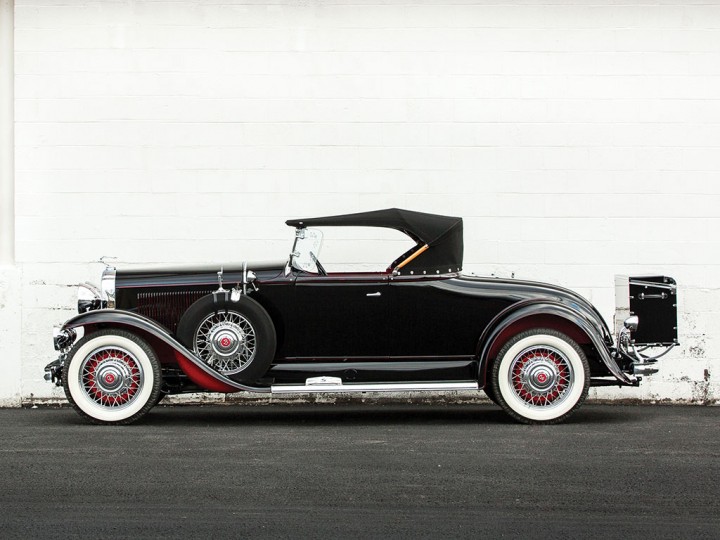 Leading the all-eight-cylinder Buick line for 1931 was the Series 90, with a 104-horsepower engine that incorporated such innovations as an oil temperature regulator to cool the engine at high speeds and warm it in cold weather, as well as thermostatically controlled radiator shutters, as found on Duesenbergs and Packards. According to historian Beverly Rae Kimes, every component of the new model was tested over hundreds of thousands of miles to ensure that it would be as durable as previous Buicks. The basic resemblance of the Series 90 to a Cadillac was no coincidence; the two shared many of the same Fisher bodies, and the introduction of the 1931 Series 90 marked the beginning of a decade-long Cadillac-Buick rivalry for high-end luxury sales. 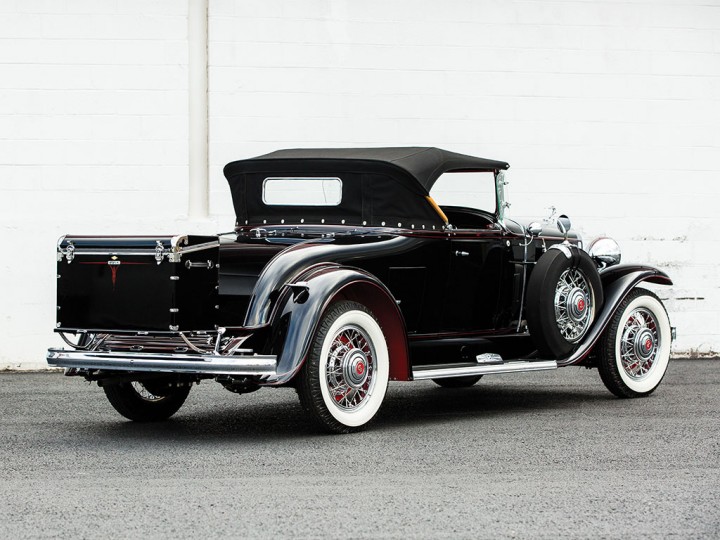 The 1931 Series 90 Sport Roadster presented here, one of the rare survivors of only 843 built, displays a quality of restoration that meets the most discriminating standards. Having been a Southern car, it was reportedly in outstanding and rust-free condition, with only 38,792 miles on the odometer, before being acquired by renowned Michigan collector Marvin Tamaroff. The car was restored for Mr. Tamaroff by the noted Harry Sherry of Warsaw, Ontario, a renowned craftsman known for his superior attention to detail. The body was refinished in black with a red underbody and leather interior with matching carpeting; similarly, the trunk at the rear was done in black leather, and lined in red, like the fitted luggage contained within.

Very well equipped, the Sport Roadster is outfitted with dual driving lights and cowl lights, frosted wind wings, dual side-mounted spares with covers and mirrors, and the accessory side curtains, which can be installed should it be caught in the rain. 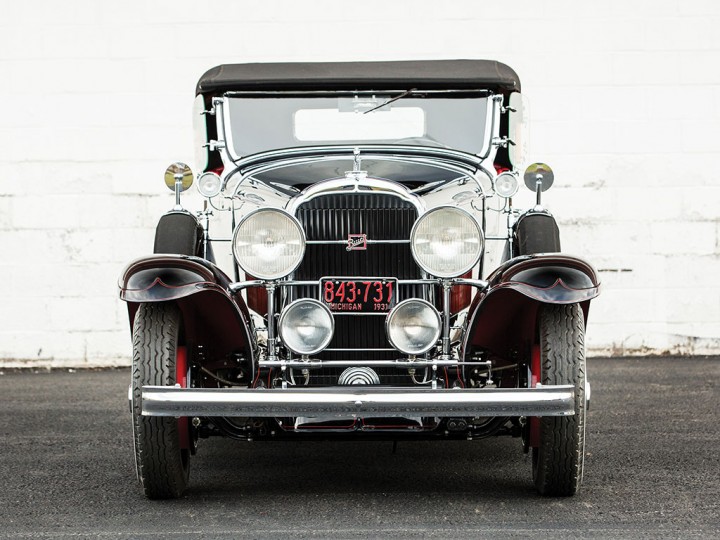 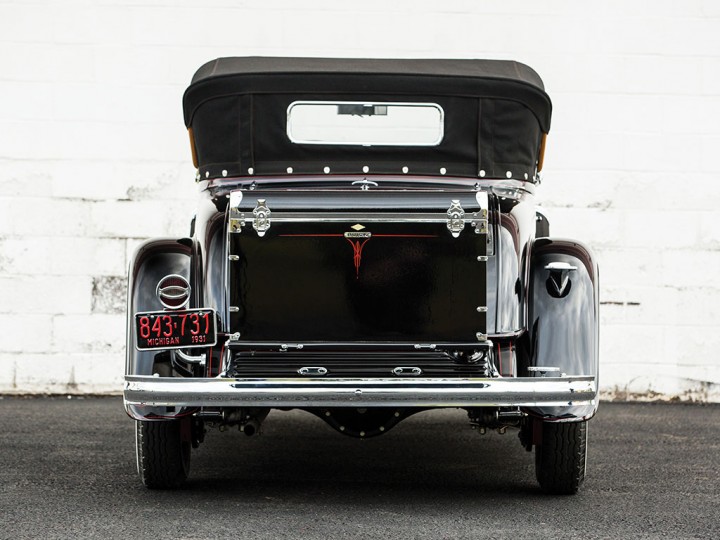 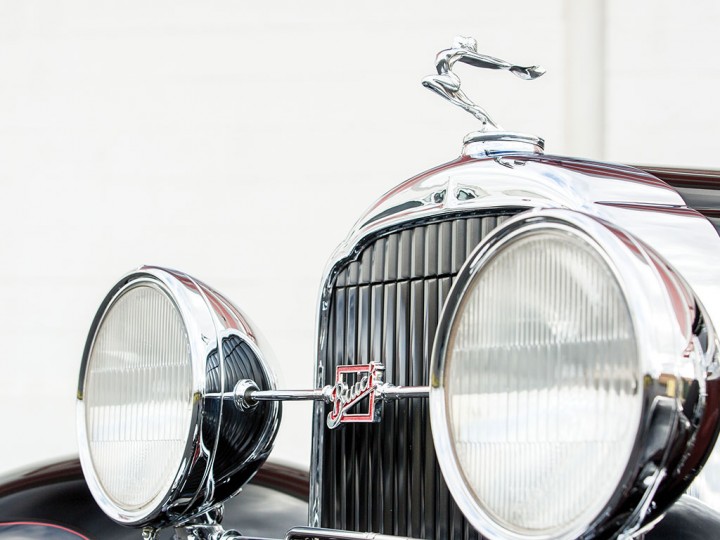 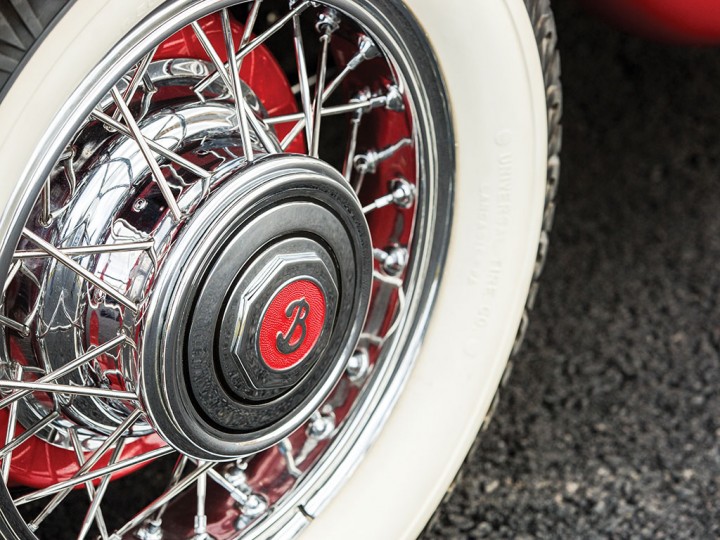 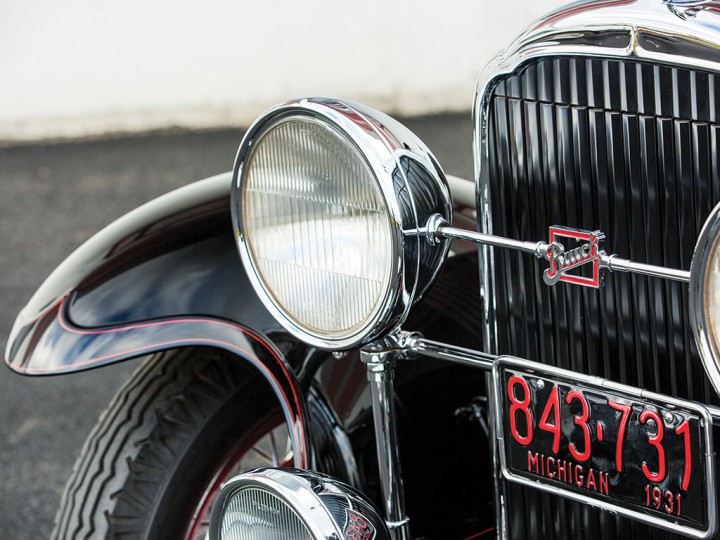 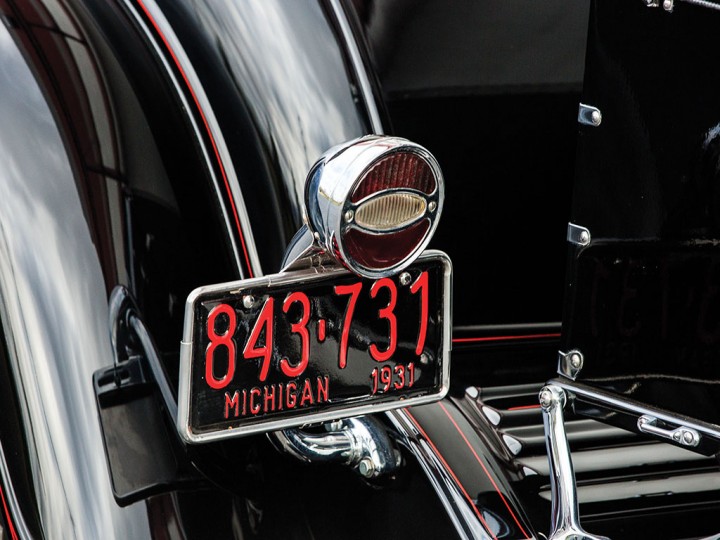 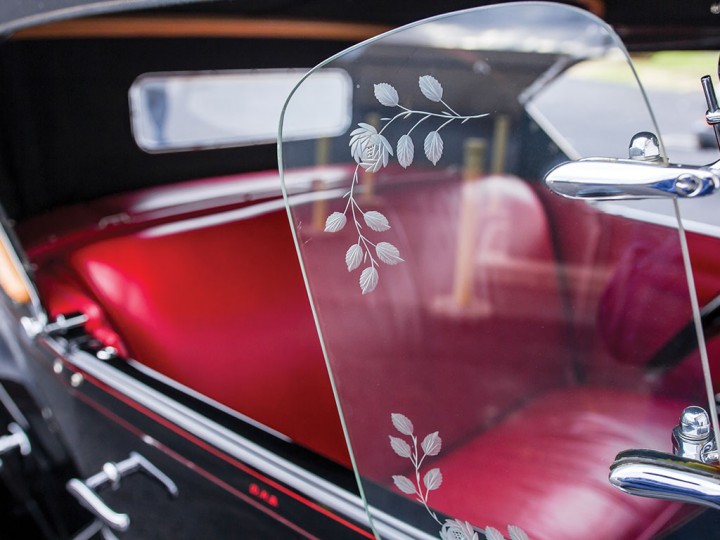 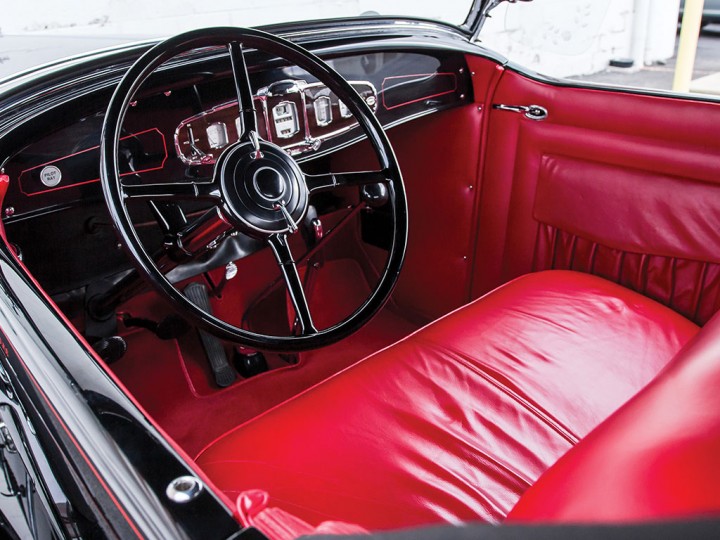 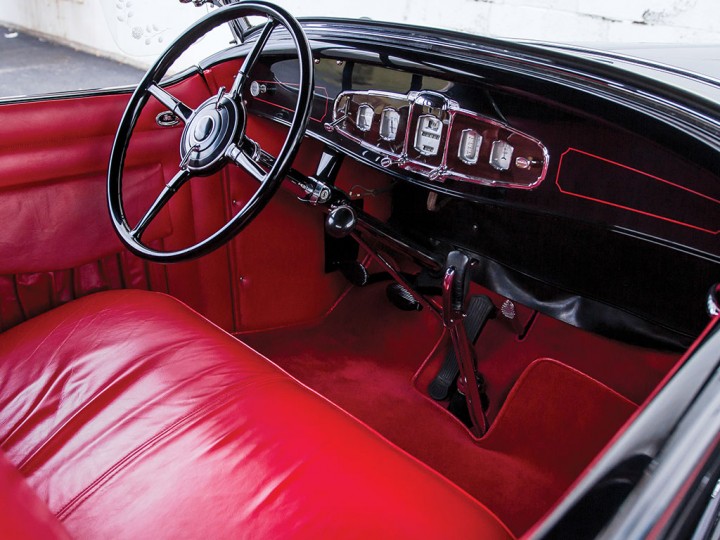 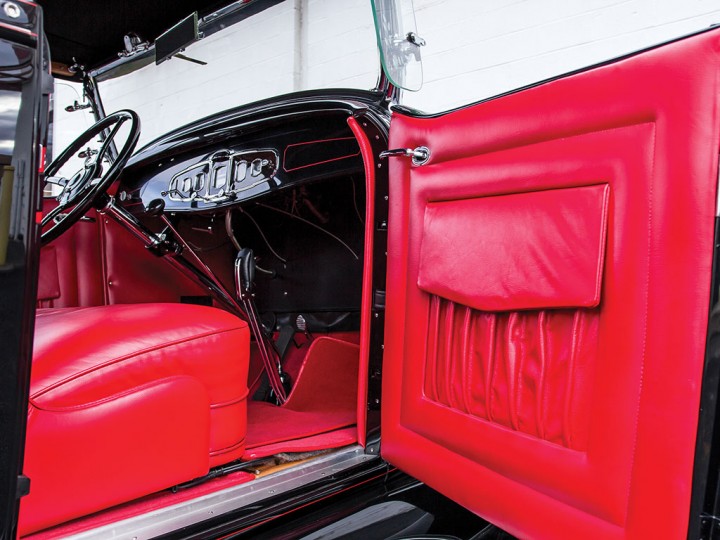 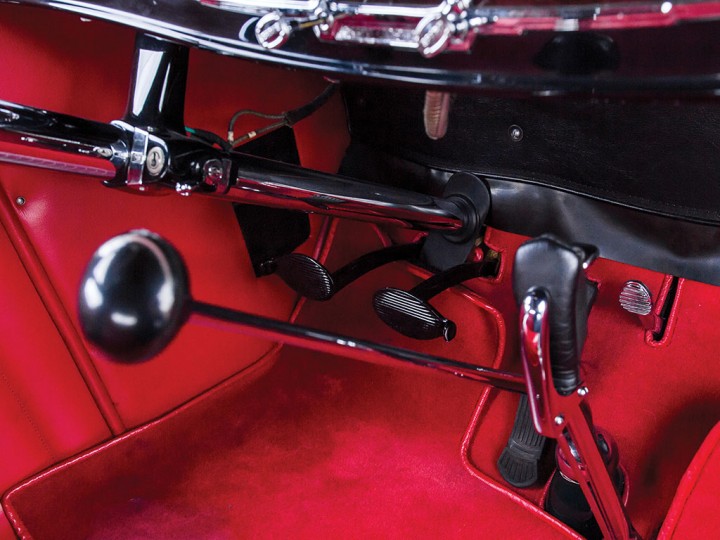 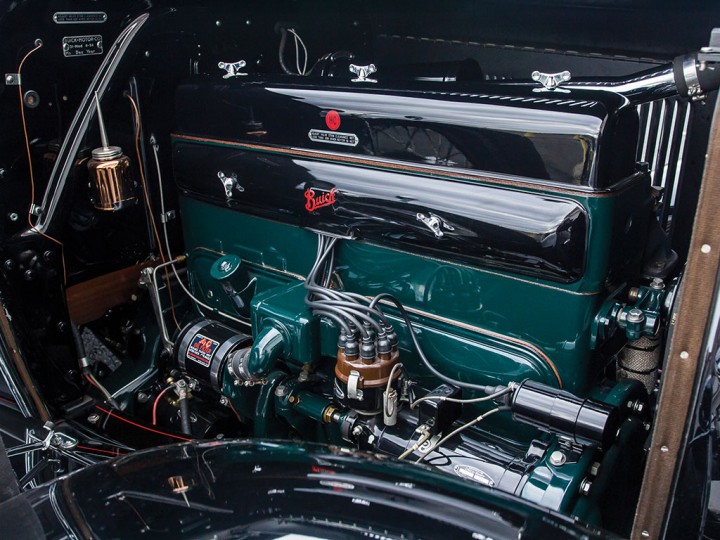