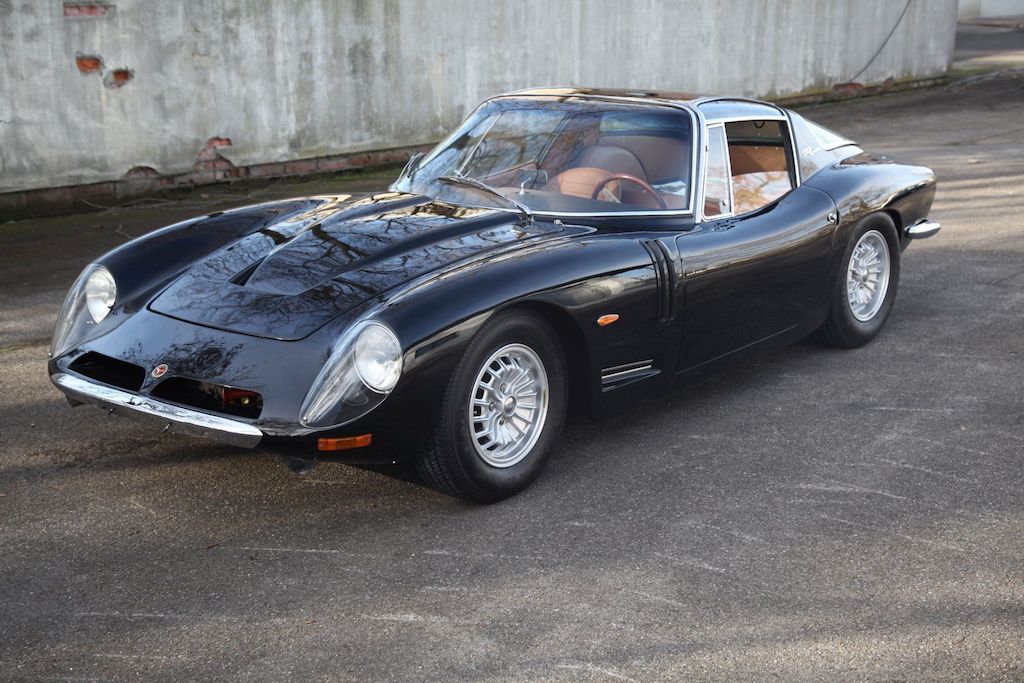 In 1966 the renowned engineer/car producer Giotto Bizzarrini was approached by a wealthy client of his who came up with the idea to build a smaller and cheaper car for the Italian sports car market. To do so, the client applies for the generous state grants that were given at the time to support business enterprises in southern Italy. Bizzarrini liked the idea and gave the job of designing the car to his in house stylist Pietro Vanni. Bizzarrini built the frame himself and made a deal with GM to equip the car with the 1900cc Opel GT engine mated to a ZF gearbox producing 110hp. The Europa was finally unveiled at the 1967 Turin Auto Show and became an immediate hit. The orders piled in but Bizzarrini already had big supply problems with the Strada models he was producing and he couldn’t find a reliable body supplier for the new Europa. Supply problems, along with financial troubles and unreliable partners, led Bizzarrini into bankruptcy in 1968 even though the order books were full. Only twelve Europa GT 1900s having been produced. After the factory was closed about 20 cars were assembled using parts but these ones were not assembled by the Bizzarrini factory.

The car on offer, chassis B 508 appears in a picture taken when it was in the little assembly line of seven cars when production began. Finished in a dark blue metallic paint with a cognac coloured interior the car was displayed on the Bizzarrini stand at the Paris Motor show 1969.
After the show it was delivered to Bizzarrini’s Belgian agent, Louis Gohy, on September15th 1969. Apparently unable to sell the car it was later registered on his wife’s name on May 11th 1973. It was eventually sold it on to a Mr Filipczy in Dortmund, Germany in 1977. By this time this Europa had changed colour to black with a red interior and the engine had been swapped for a larger 2,4 litre Opel engine producing 200hp. The original engine has been retained however and comes with the car. The car had then a few more German owners, including its current one who carried out a full restoration including returning the interior to its original cognac colour. Today the car is astonishingly beautiful.