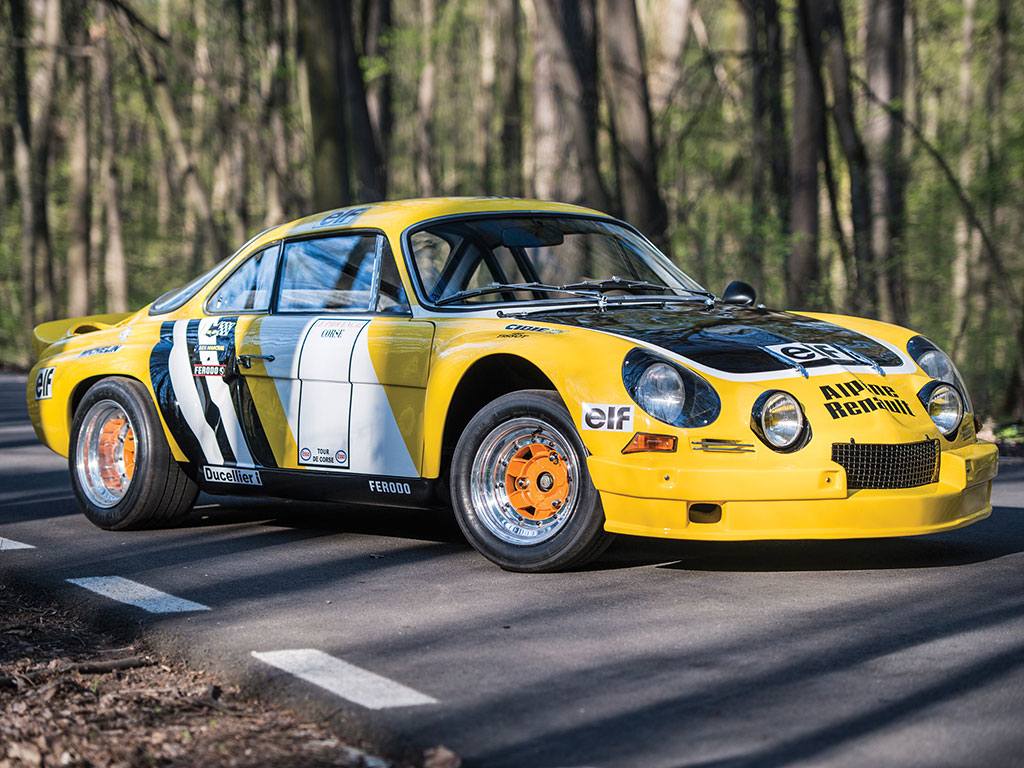 The Alpine-Renault presented here, chassis 3336, was produced at the end of 1965 at the Alpine workshop in Dieppe, France. It was originally delivered as an 1100 VB, version 100, with a Gordini 1,100 cc engine. The car was originally finished in silver grey with body number 583 and featured a larger oil sump, Weber carburettors (as opposed to the standard Solex), and a gearbox ratio of 9:35.

Chassis number 3336 was sold on 14 December 1965 to an unknown commercial business in the small town of Orange, located just north of Avignon, and was first registered on 5 February 1966. The car next appeared on 3 March 1981 in Carcassonne, near Tolouse, where it was registered on license plates 8445 MK 11 to a Michel Lemaire. Sometime thereafter, the car travelled to the United States, where it was painted blue and upgraded with a Group 4-specification body with larger wings.