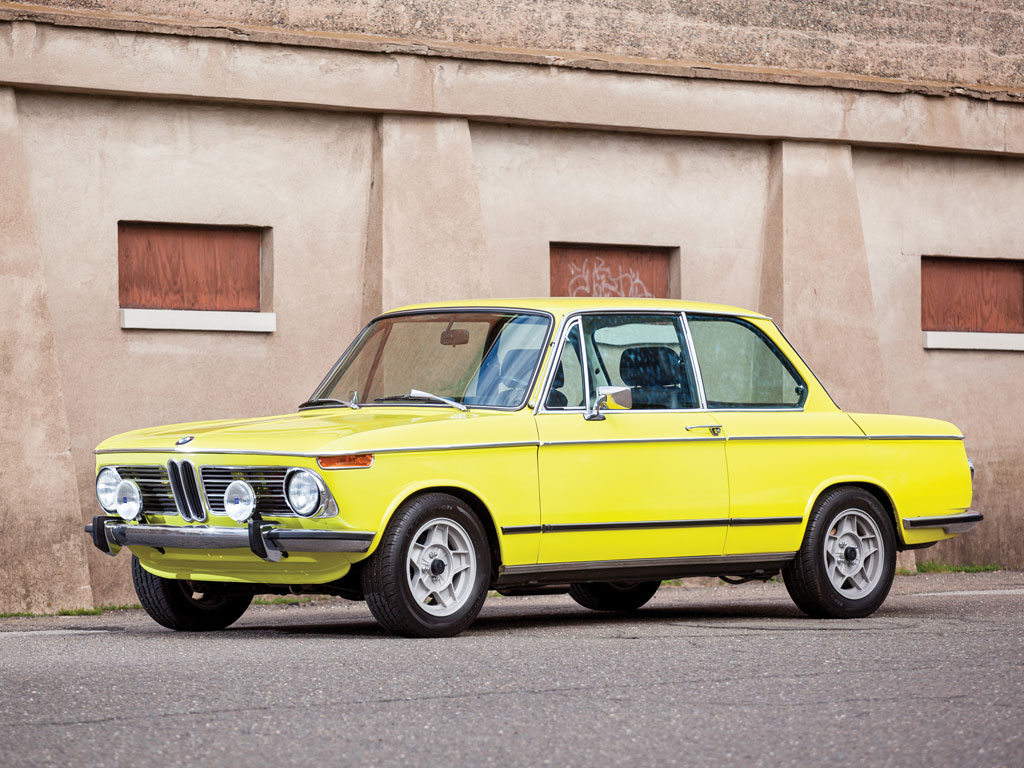 Without question, the 2002 is considered the definitive small sports sedan. While the diminutive Isetta is thought to have saved BMW, the 2002 is regarded as the vehicle that defined the company. The 2002 has its roots in the “New Class” of medium-range family sedans first offered as the 1500 series in 1962–1964. Utterly conventional, the “three-box” sedan would become the first of a long line of BMWs to use a sturdy, imminently tunable, four-cylinder overhead-cam engine. The engine, as installed, was canted over 30 degrees to the right side of the engine bay, allowing space for multi-choke carburetion and, eventually, fuel injection on the tii models.