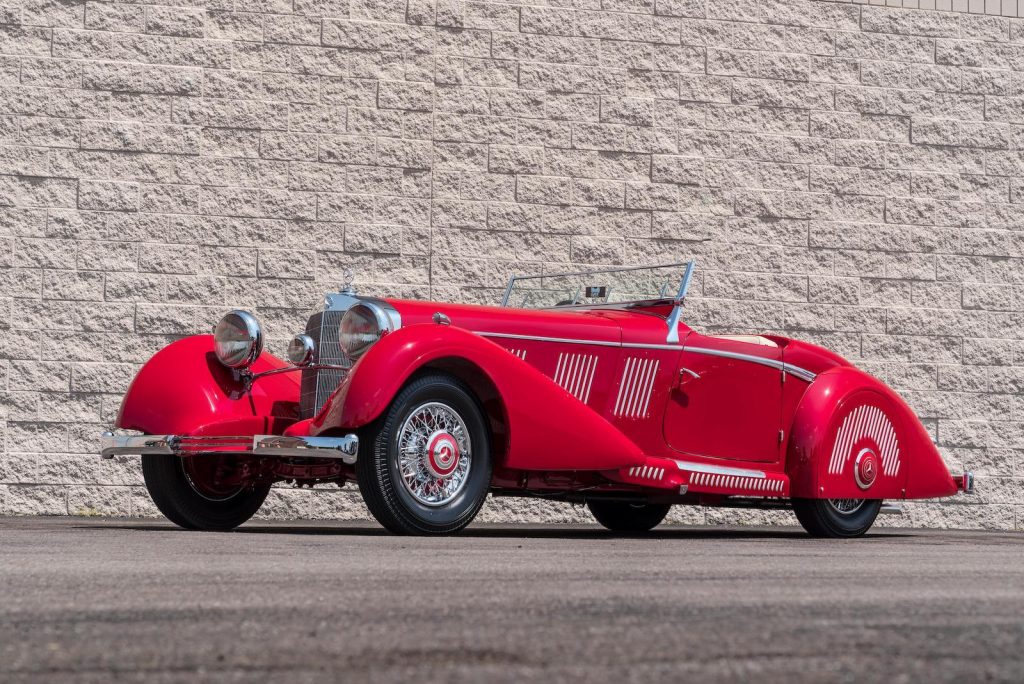 Testament to the quality of the brand over other automobiles in the 1930s era, even as the decade progressed the unapproachable supercharged Mercedes-Benz remained extremely popular with their well-established British clientele. Numerous examples were delivered to the UK including this car.

Sources differ on the original order instructions for this car. A copy of the Mercedes build sheet shows order to Paris initially, and then transferal to British Mercedes-Benz Ltd. in London on March 3, 1937. While unquestionably it was eventually sent new to the U.K. One thought is that it was commissioned by noted UK agent of European makes, Charles Follett of Mayfair, for a French Racing driver. Another, more romantic view is that the car was one of a pair of cars, a Mercedes-Benz and a Lagonda, that were ordered by a youthful Eastern Prince. The tale goes that the Lagonda was finished first and so the Prince chose that car, leaving the Mercedes in the UK, or perhaps more credibly the Prince commissioned the cars through Follett, tying these two views together. Historian Jonathan Sierakowski who has assisted Bonhams with the research of the car believes that it is used to carry a Follett supply badge on its glovebox, from visual evidence and that perhaps, just perhaps, that the ‘French racing driver’ might have been Goffredo ‘Freddy’ Zehender, who was retained by Mercedes-Benz UK as their technical advisor and demonstration driver.