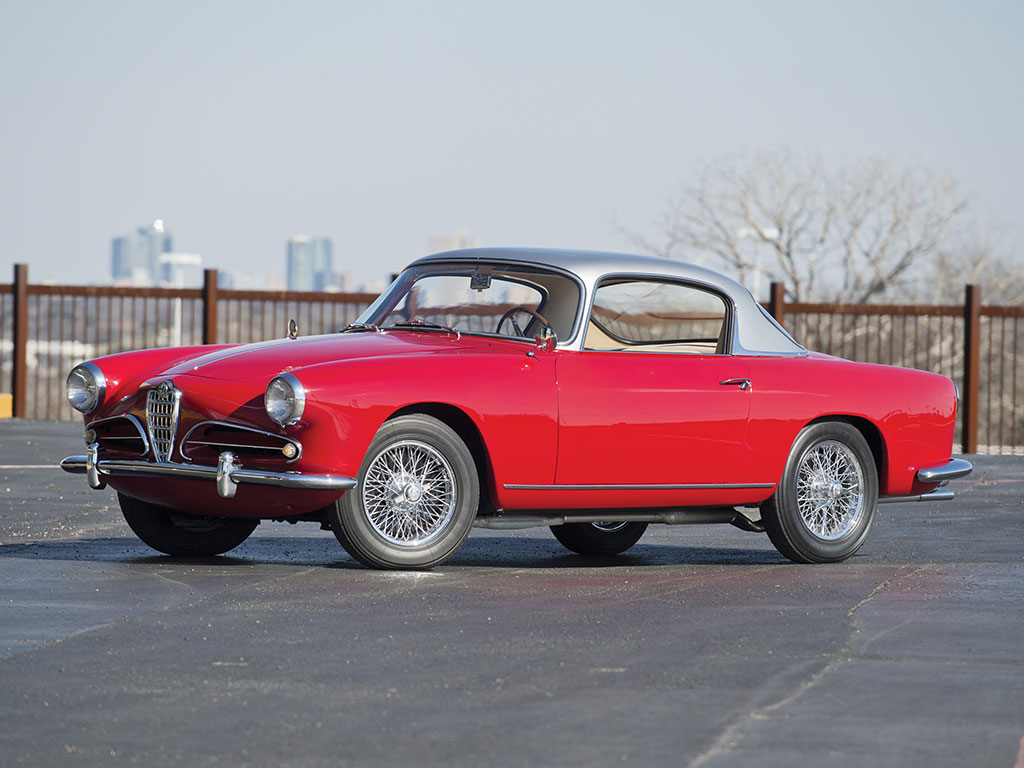 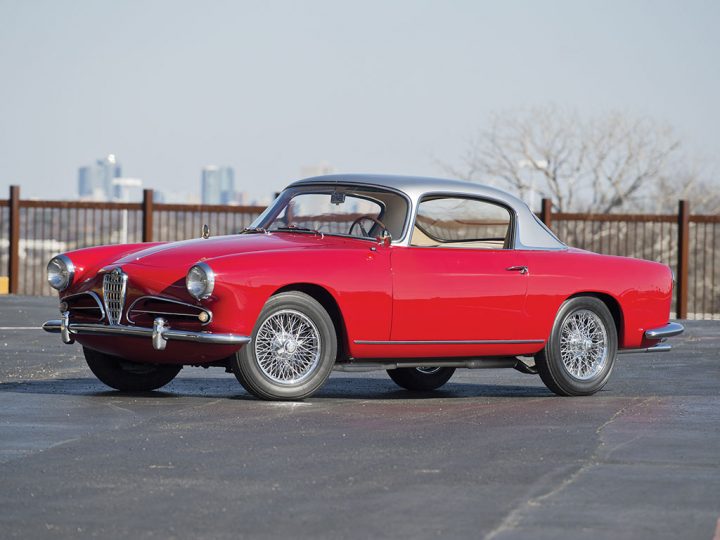 The 1900 was Alfa Romeo’s first all-new post-war model and featured a number of highly innovative features, including a unitary chassis and a twin-cam inline four-cylinder engine with hemispherical combustion chambers and aluminum-alloy cylinder head. Most examples were built as sedans, but a handful of special-bodied Sprint and Super Sprint coupes were built featuring stylish bodies by Bertone, Castagna, Touring, Vignale, and Zagato. The five-window coupe by Touring was among the most attractive of these, of which 949 examples were built between 1951 and 1954, using this coachbuilder’s famous Superleggera construction. Most were fitted to Super specification chassis, but a handful were fitted to cars of the most desirable Super Sprint specification, with twin downdraft Solex carburetors and a five-speed gearbox. 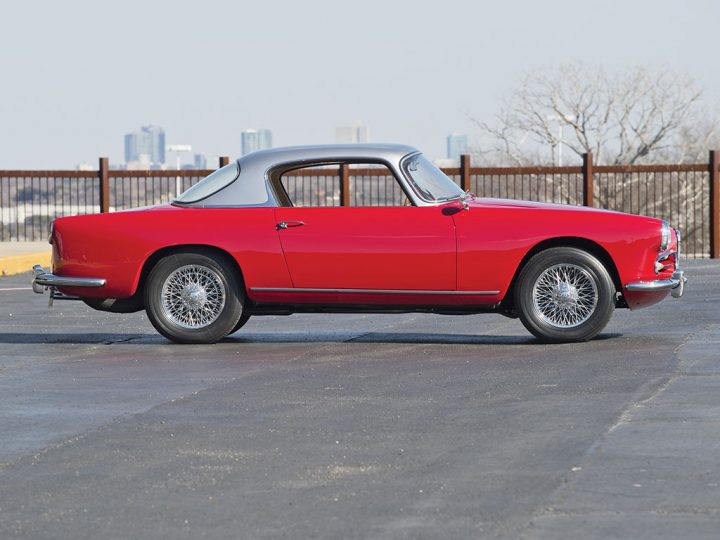 The Touring-bodied 1900C SS presented here is confirmed by Alfa Romeo’s Automobilismo Storico Centro Documentazione as being a matching-numbers car, completed on July 27, 1957, and sold new on December 18th to Hoffman Motor Car Company of New York. As a late-production example, one of 854 examples built, it features the desirable SS equipment including Borrani wire wheels, five-speed floor-shifted manual transmission, and twin carburetors. It was originally finished in red. 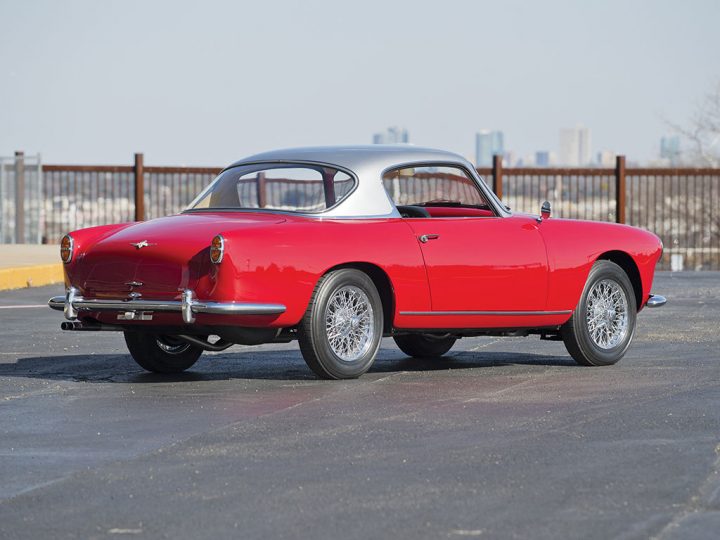 In more recent years, the car has seen a comprehensive restoration in 2013, which included paint, chrome, engine, transmission, clutch, brakes, and engine ancillaries such as the starter and generator. Various consumables, such as brake hydraulic components, brake shoes, hoses, and belts, were also replaced. Included is a binder of invoices showing the attentive care the car received during its restoration. Today, the Alfa presents beautifully and also runs and drives equally well. 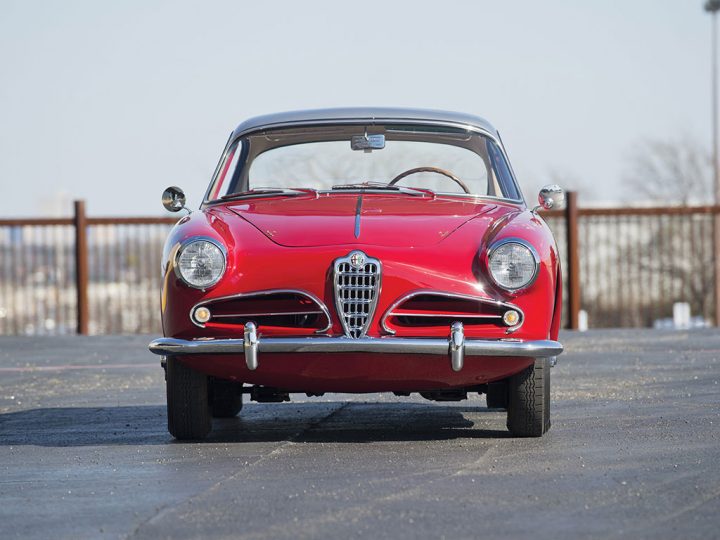 The interior was equally well done, with high quality upholstery and carpet. The carpet is nearly unmarked, and the leather has the slightest mellowing, which is extremely attractive. The dashboard is excellent, including the instruments, which have been nicely restored. The bright trim throughout the interior is very nice, including the polished kick panels and door jambs. The car is fitted with the desirable Nardi steering wheel and vintage Autovox radio. 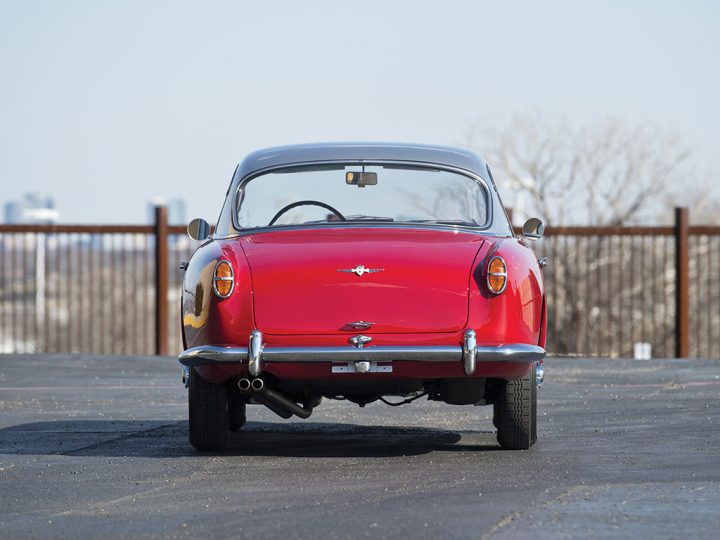 The engine compartment was beautifully restored and has a highly polished valve cover and refinished intake plenum. The engine itself, along with the intake system, ancillaries, and inner fenders, are all excellent as well; the engine block is matching to the car. The trunk was also restored with a new rubber mat and restored spare with new matching tire. 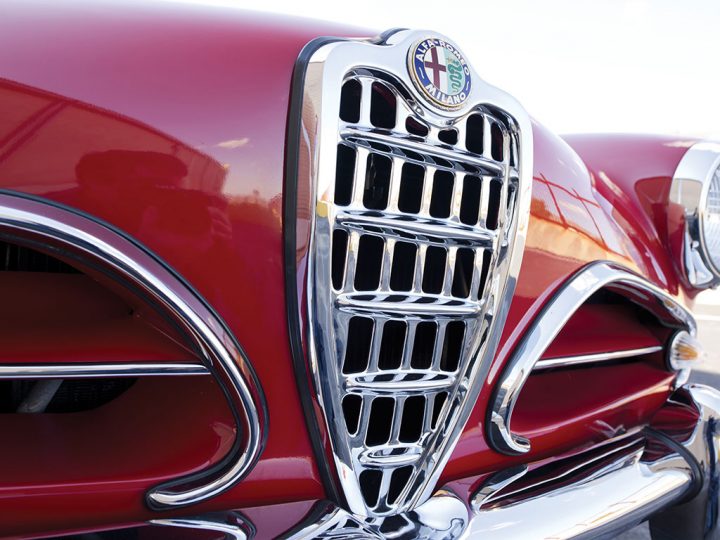 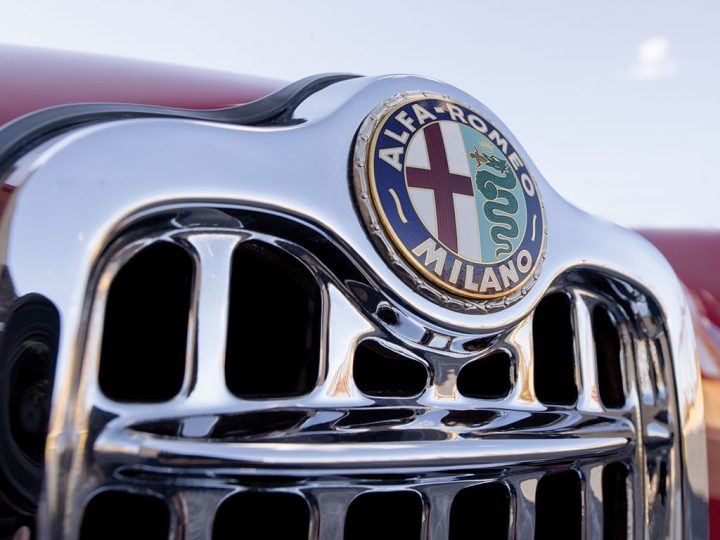 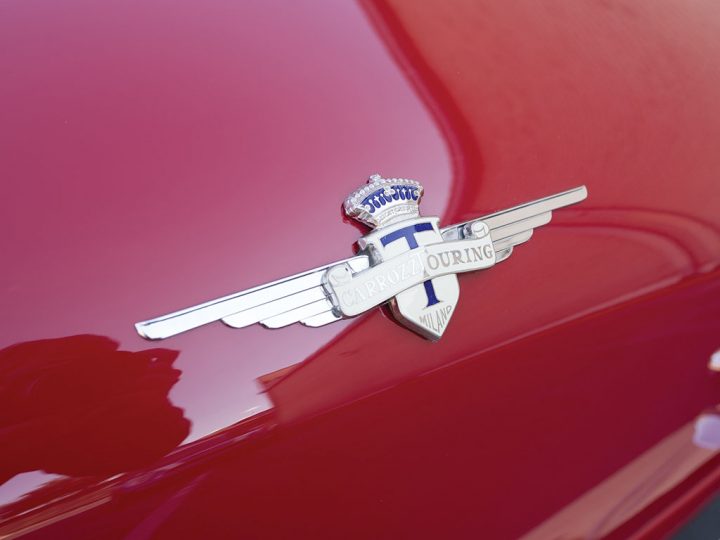 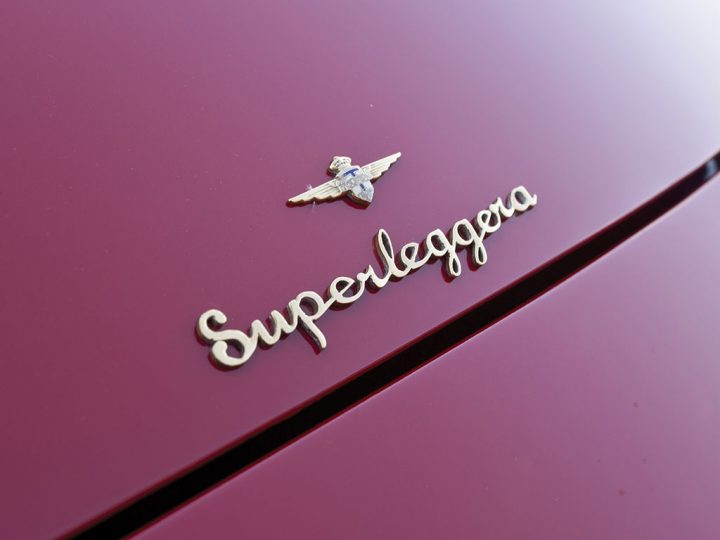 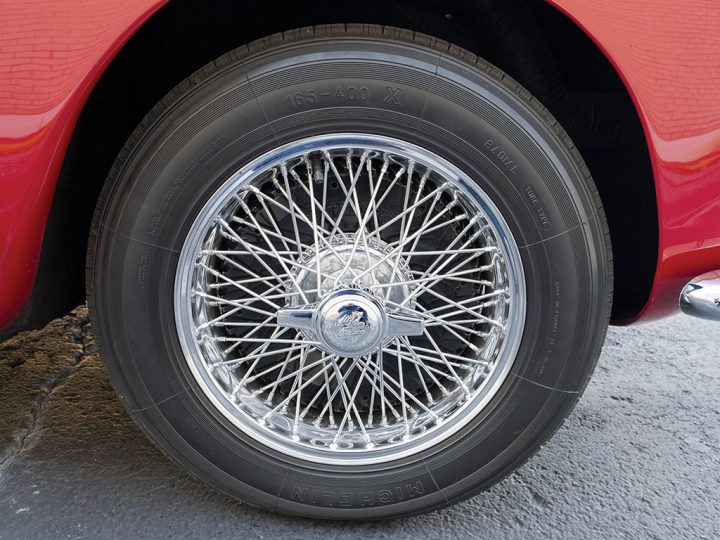 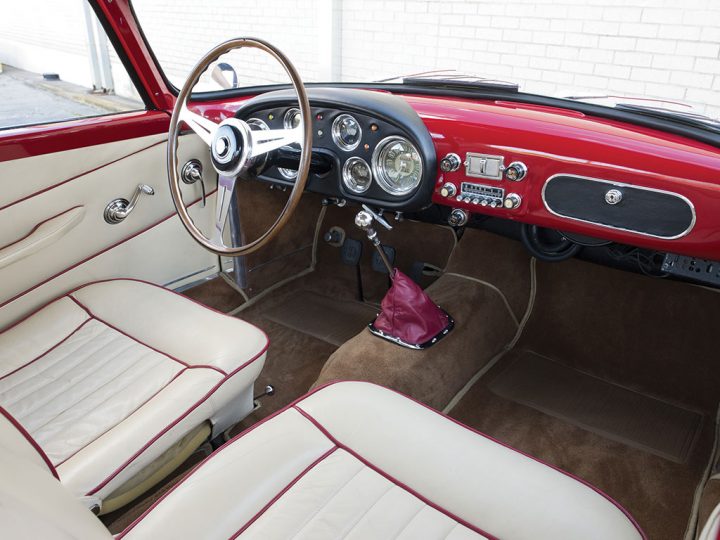 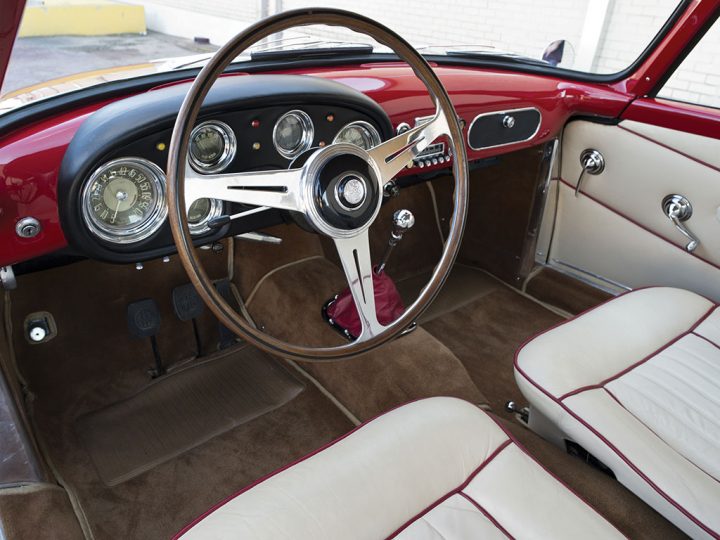 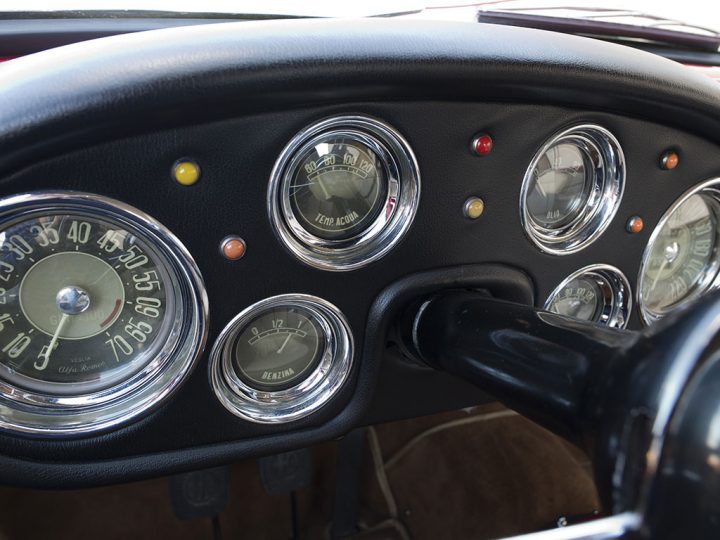 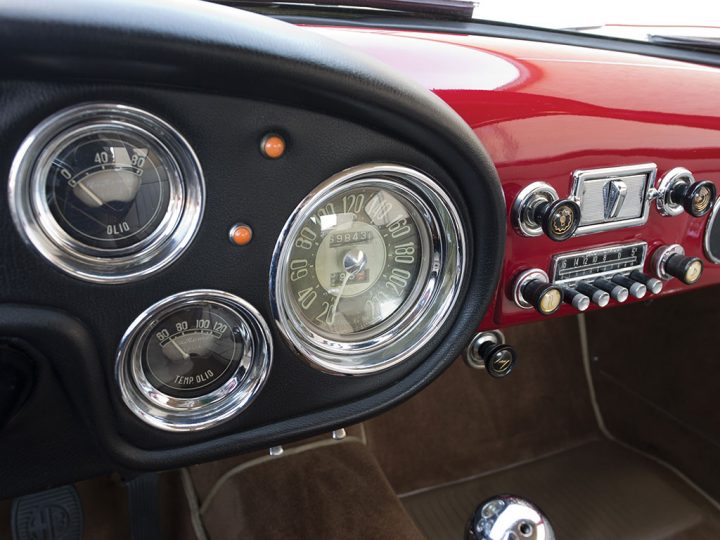 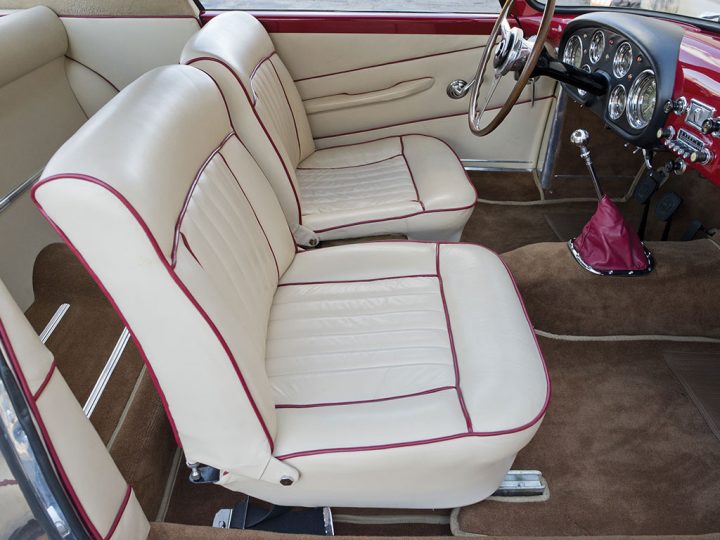 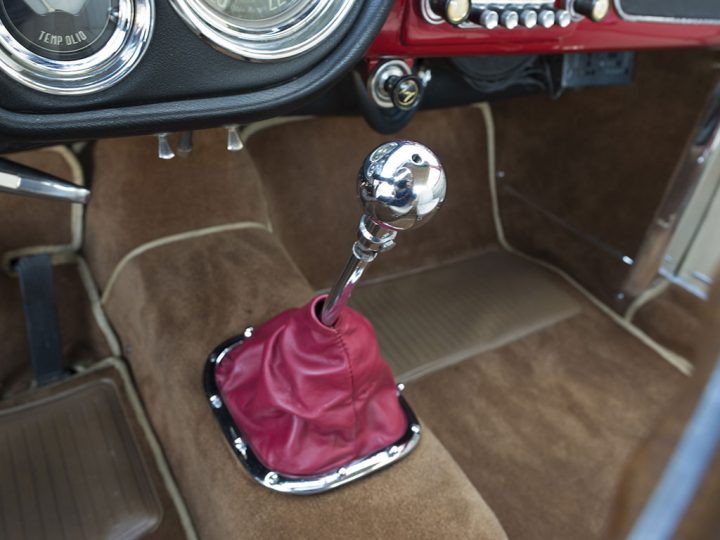 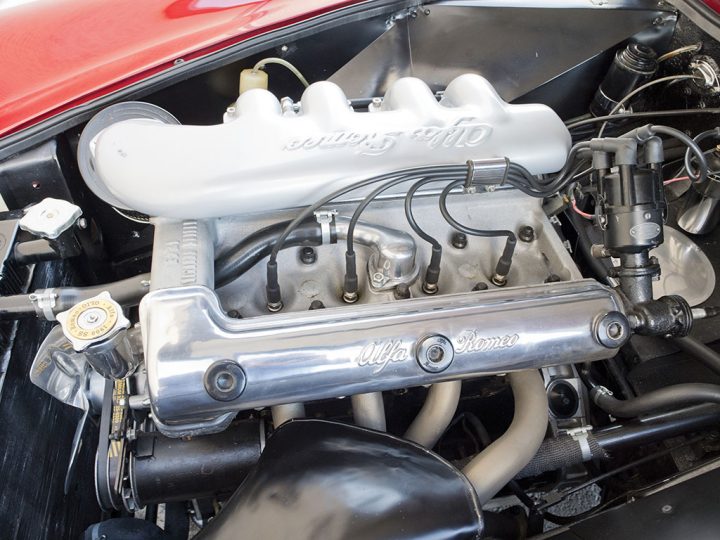 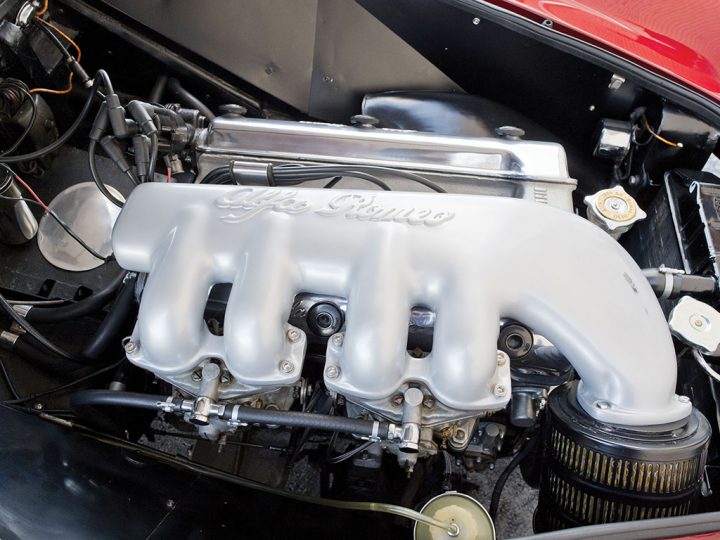 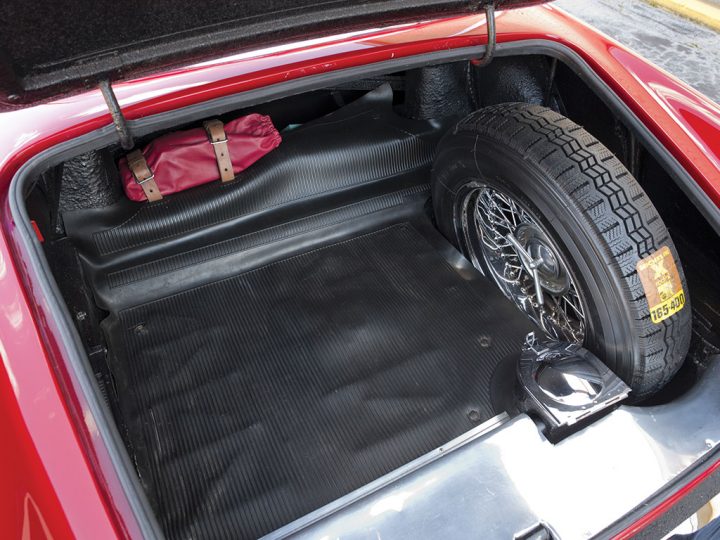 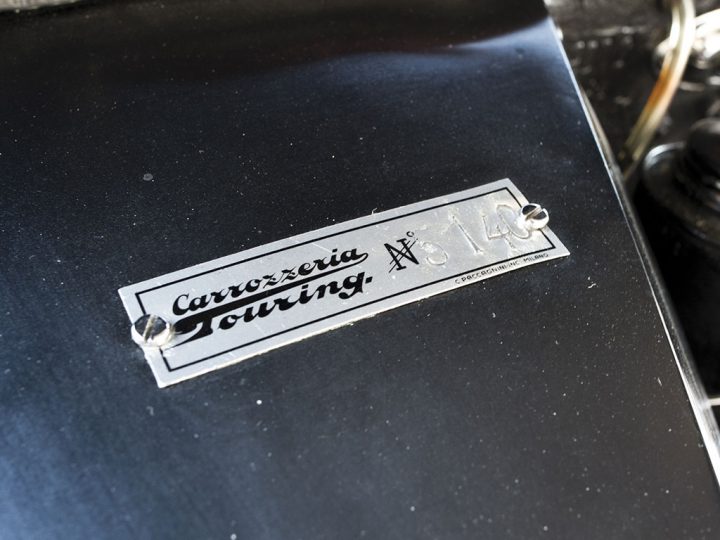