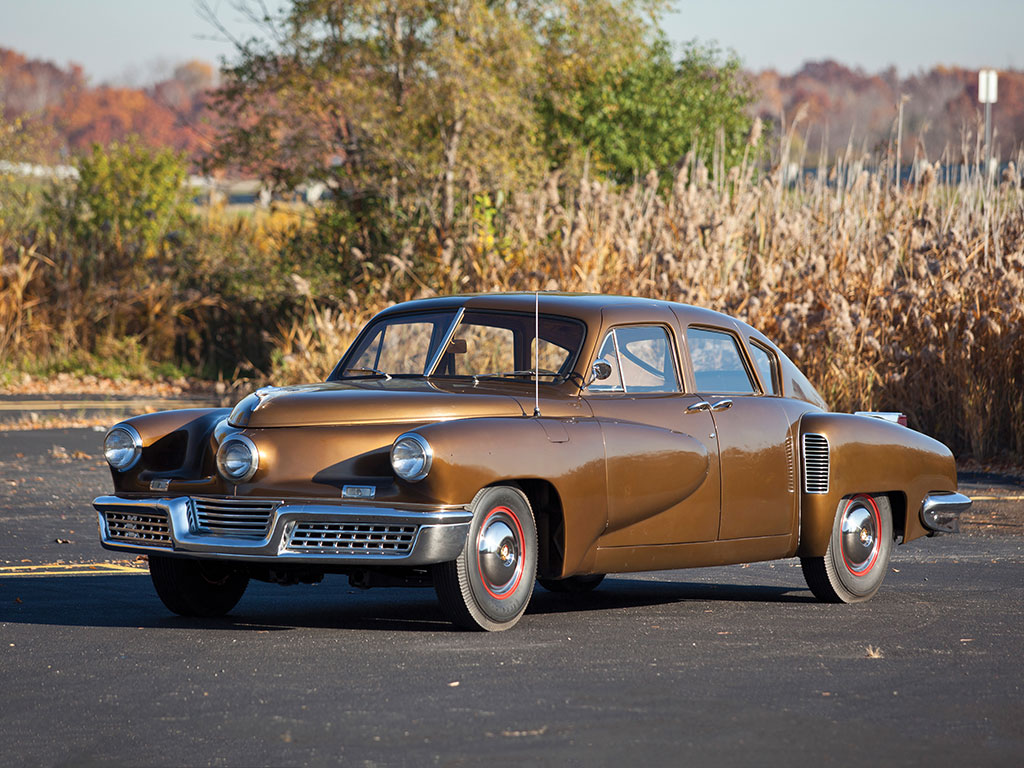 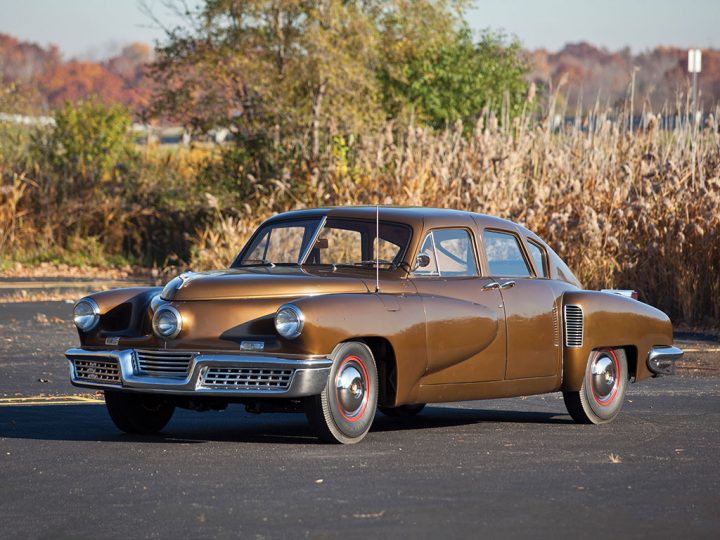 Tucker number 1044 was, as its name suggests, the 44th production car built and was one of nine originally finished in Green (a.k.a. Andante Green) with a green wool broadcloth interior. It remained in the factory inventory until 1950, when, at the famed auction of the Tucker Corporation’s assets, it and the famous “Tin Goose” prototype were sold to a Mr. Rifken, proprietor of S&S Auto Parts in Schaumburg, Illinois. 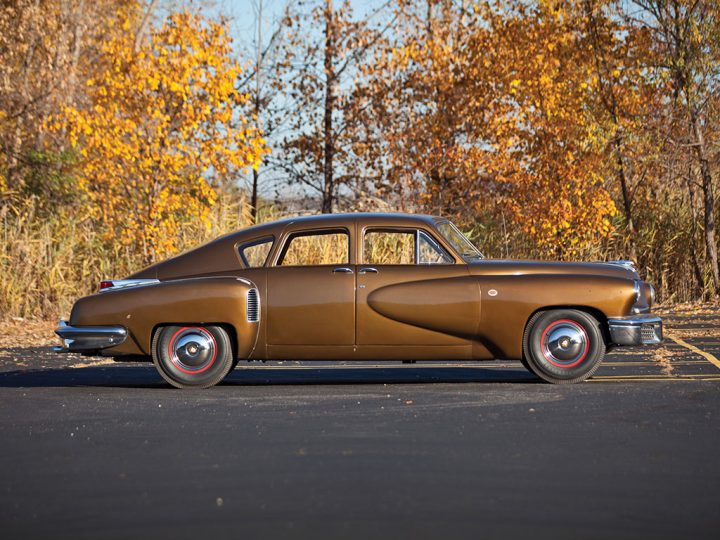 The car was repainted bright red and brought to the 1951 International Motor Show in Washington, D.C., where it was featured in the pictorial program as “The Modern Jewel . . . a new Tucker with less than 3,000 miles.” Allen L. Rocco, a mechanic from Port Chester, New York, was so eager to finally see a Tucker “in the metal” that he drove 300 miles to the show. Apparently the car made an impression, as thereafter, he bought it, only to advertise it for sale in the 19 October 1952 edition of The New York Times. “Very fast and economical,” he assured. 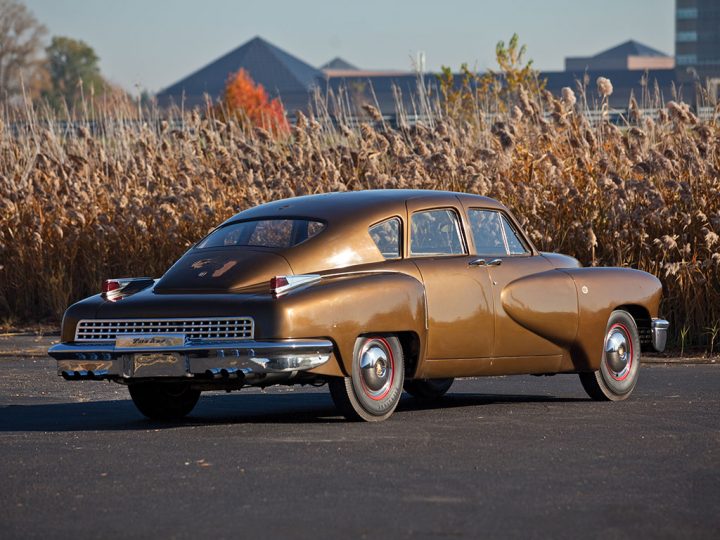 The car failed to sell, however, and remained in Mr. Rocco’s ownership for the rest of his life. Following his passing in the early 1960s, it passed to his widow, who sold it later that decade to David Tunick, a renowned antique automobile collector from Connecticut.

In July of 1973, Mr. Tunick passed the car to Lester A. Sheaffer, a legendary Tucker enthusiast in Harrisburg, Pennsylvania, who owned and enjoyed numerous examples over the years. Mr. Sheaffer began a restoration of the car, installing a new Tucker engine, number 335-74, and Cord transmission, as was done for most all restored Tuckers, and refinishing it in a dark brown. The car was subsequently displayed in Antique Automobile Club of America judging in 1980 and 1981, winning its Senior First Prize; in 1981 it was even pictured on the plaque given to Hershey attendants! 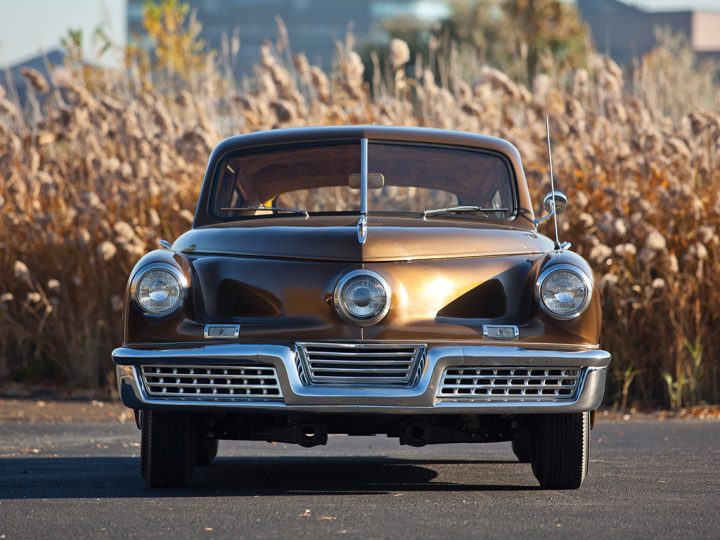 In 1982, Mr. Sheaffer sold his beloved Tucker to Millard “Skip” Groh, owner of a marina in Freeport, Ohio. The car was brought to Freeport, where reportedly it was driven only three times and about 15 miles. Mr. Groh then laid wood planks down on the gravel floor of a metal building on his property, drove the Tucker onto them, and closed the door. That was that. While the location of the car was quietly known to Tucker authorities and historians, it remained “off the radar” to the public. Attempts by the few people with knowledge of its whereabouts to acquire the car were all refused, and it remained hidden away for the next 34 years. 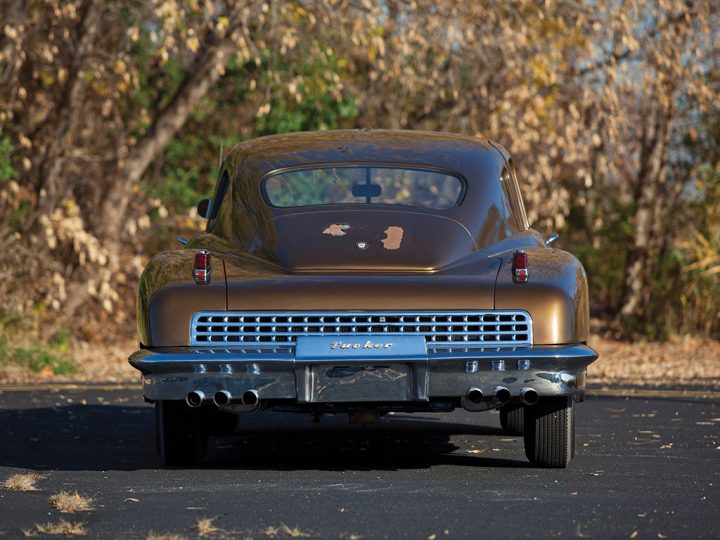 Only recently was the consignor, a longtime Tucker enthusiast, expert, restorer, and archivist, able to finally acquire Tucker 1044, bringing it into daylight for the first time since Ronald Reagan was in the White House.

The car was found to be quite well-preserved, with only 7,900 actual miles. The owner removed incorrect metal trim that had been added over the years and fitted proper Tucker wheels, while also servicing the fuel and ignition systems, the brakes, and all of the fluids, and rebuilding the water pump and fan. Afterwards, the car ran and drove as it was intended to do—and as it does today. In fact, the owner notes that “the drivetrain is nothing short of wonderful.” The lights, turn indicators, and horn all work properly, as do the speedometer, oil pressure gauge, and voltmeter. The water temperature gauge works, but it should be rebuilt. The body has begun to shed its 1972 paint but remains rust-free and remarkably clean, while the interior, replaced at the same time, is still in very good condition and does not require replacement. 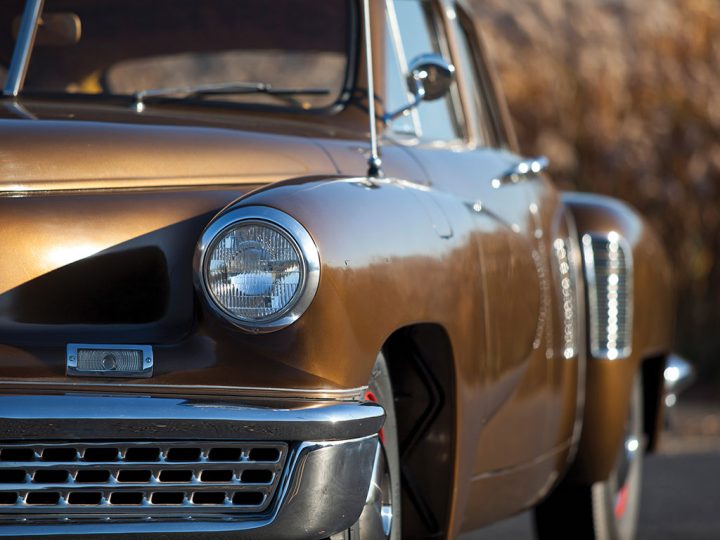 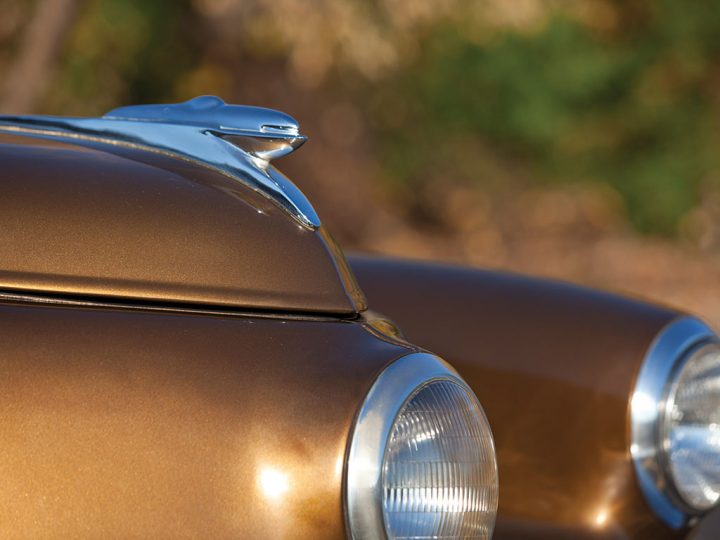 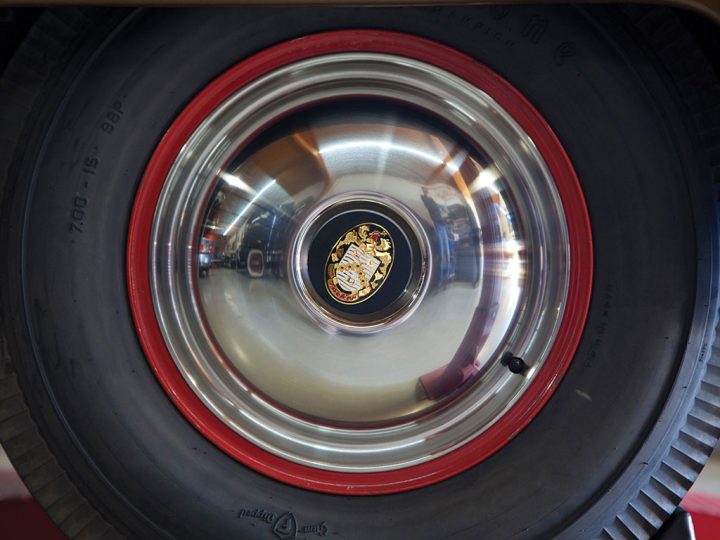 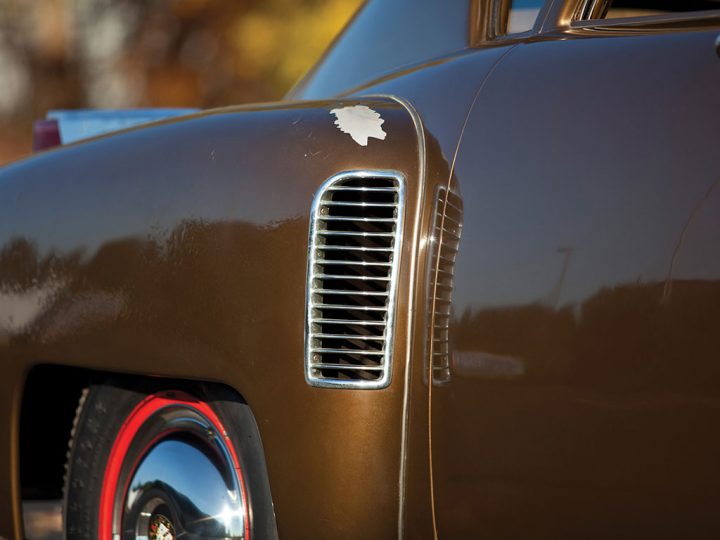 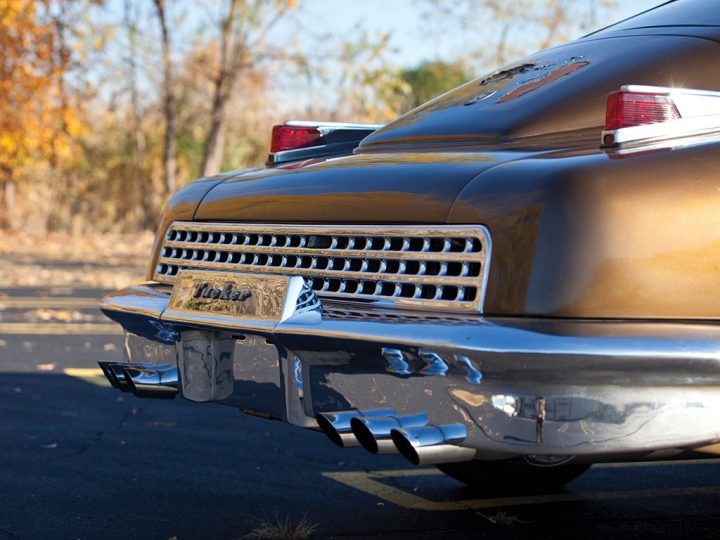 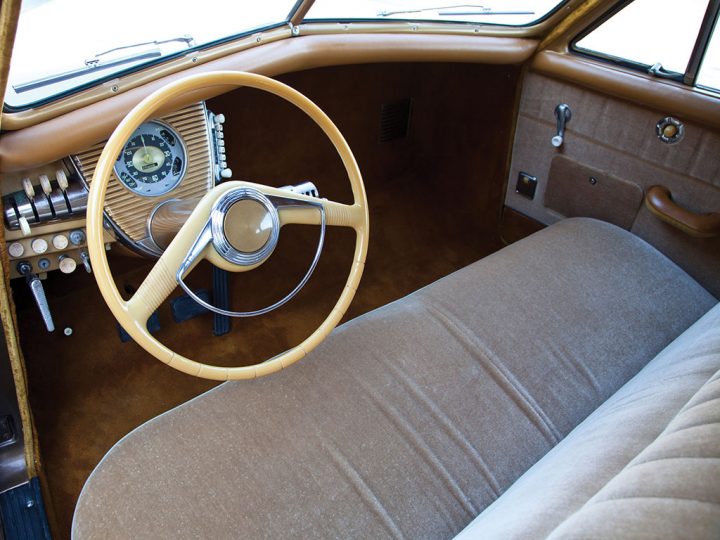 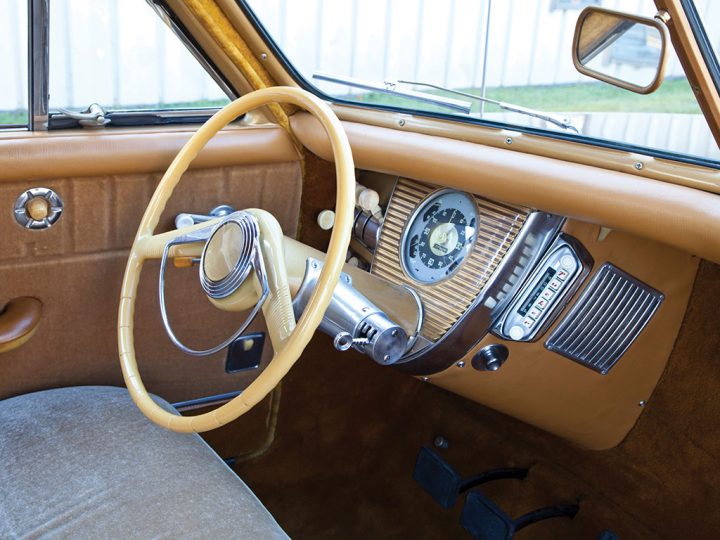 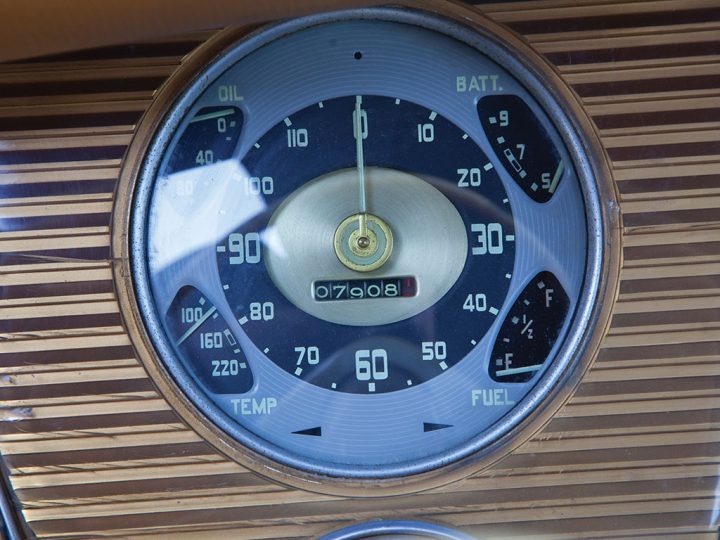 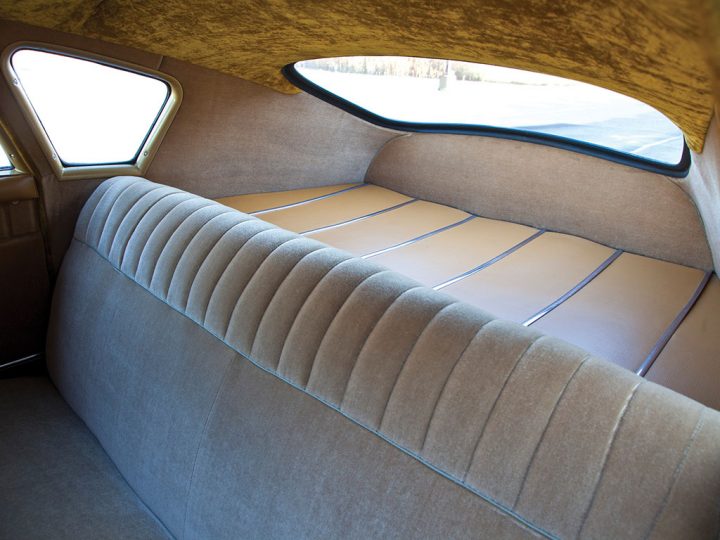 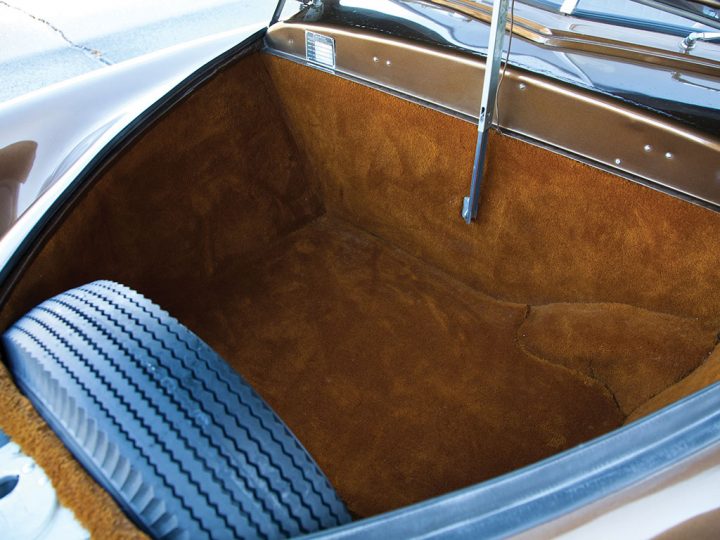 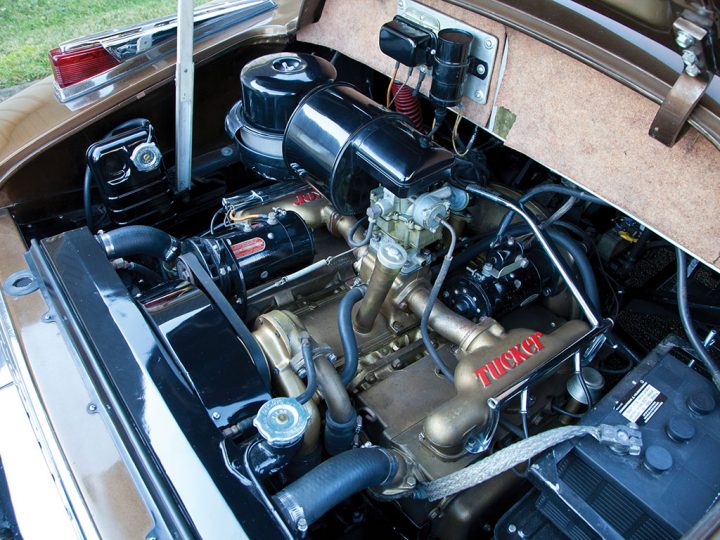 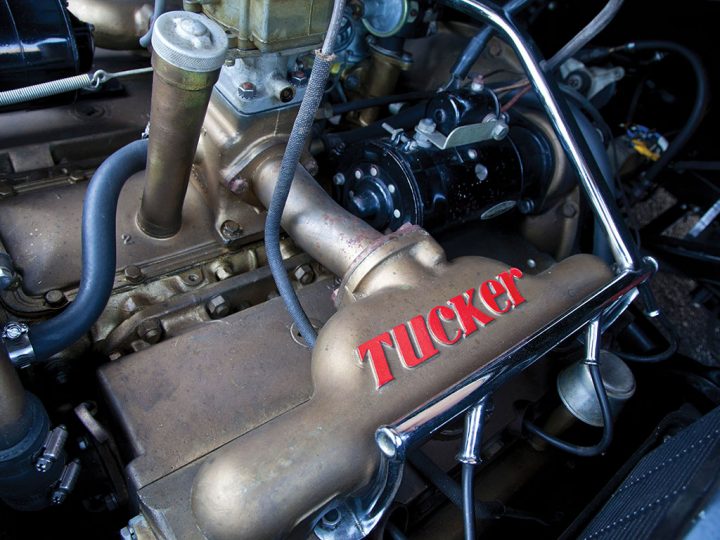 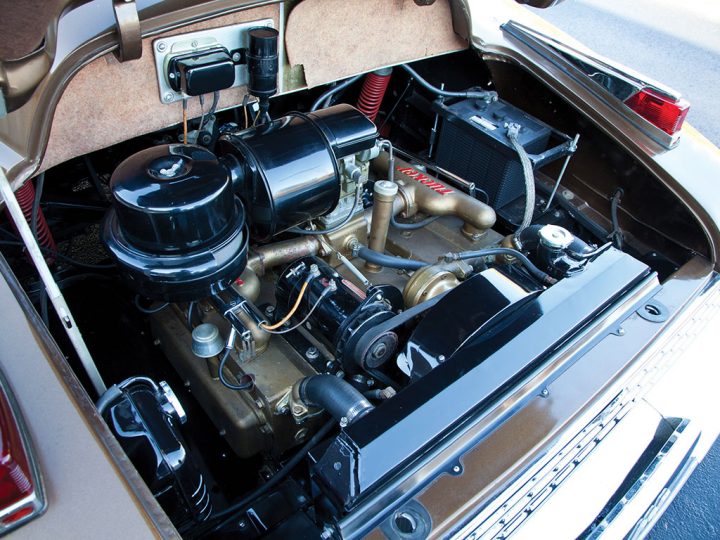 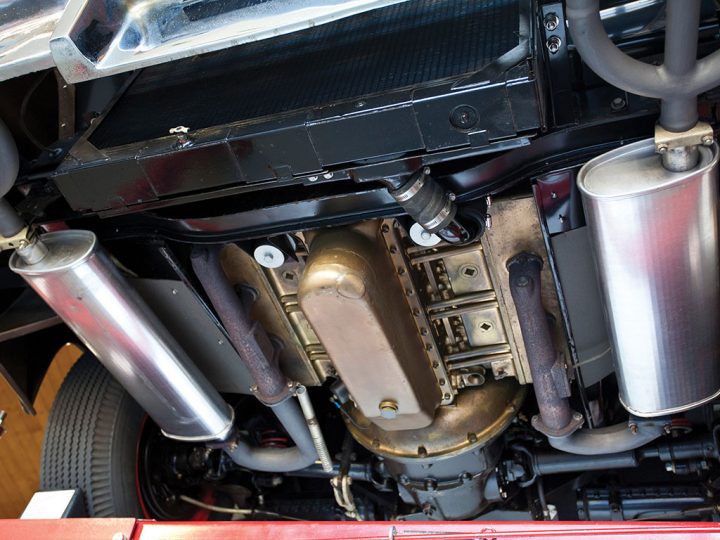 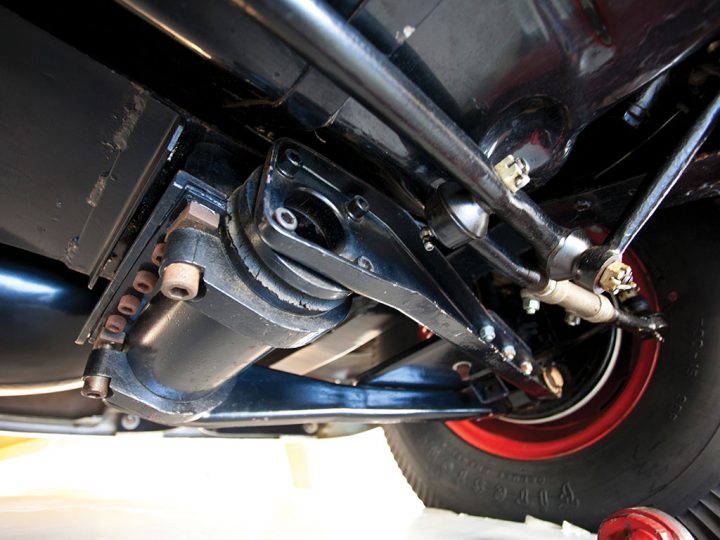 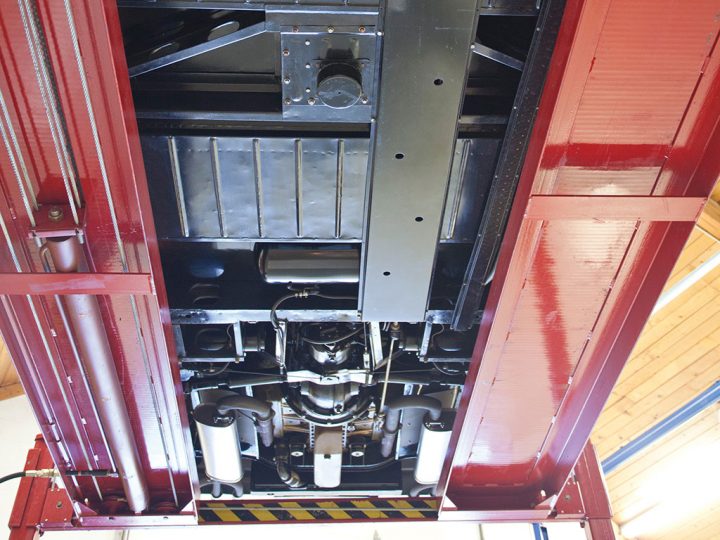 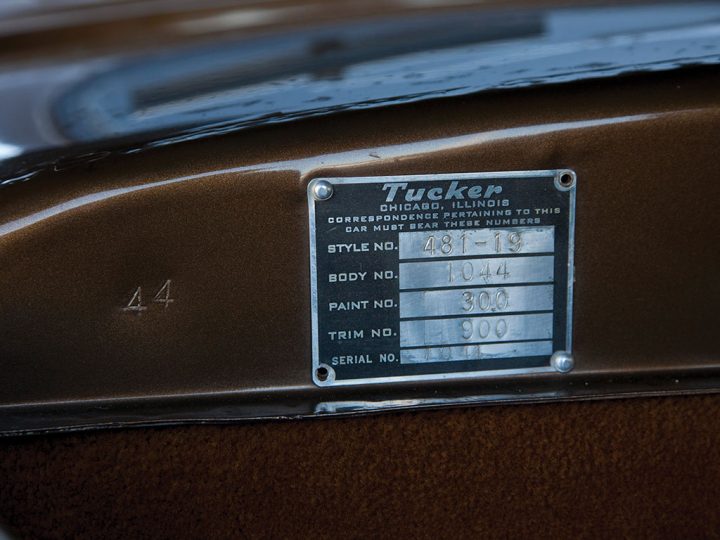