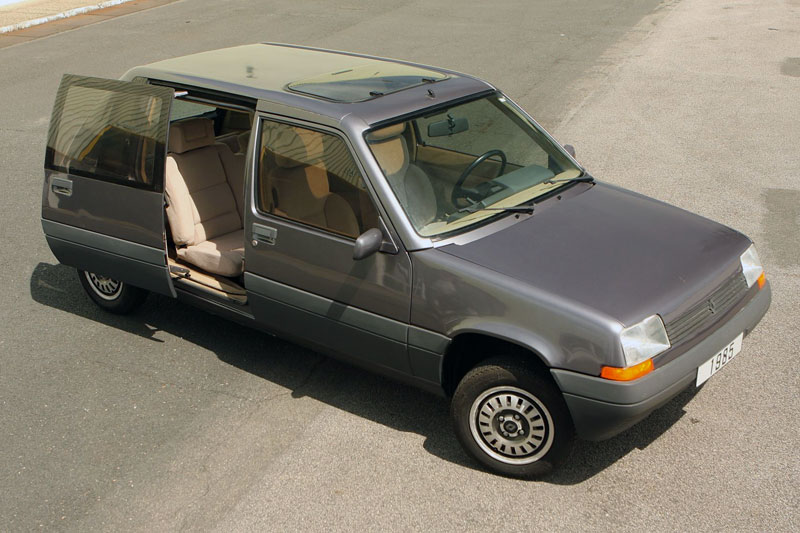 The Renault Supercinq appeared in 1984 and was an attempt to prolong the incredible success of the 12-year old Renault 5. It was not until the following year that it became available in a five-door version more practical for families.
Faithful to his commitment to produce cars that made life easier, as with the earlier 309 and AX Evasion estates, Heuliez took the new Supercinq and lengthened the wheelbase. As he had done with other ‘vans’, he kept just one door on the left and two doors on the right. The innovation here was that the rear right-hand door was sliding, for easy use in the city. The Renault Super Van Cinq had five seats, but could take seven passengers with two folding, rear-facing seats in the boot. There are dummy rear lights on this concept car. It was presented to the public at the Paris Motor Show in October 1985. Documented in the catalogue produced for the occasion, the car was temporarily finished in the colours of French designer Yves Saint Laurent.

This concept-car has been well preserved. The odometer reads just 30km. The Renault Super Van Cinq demonstrates once again the pioneering role taken by Heuliez, who was the first to offer a sliding door on a compact mass-market car, long before this feature appeared on production models. As such, the Super Van Cinq deserves a place in a collection featuring innovative cars.