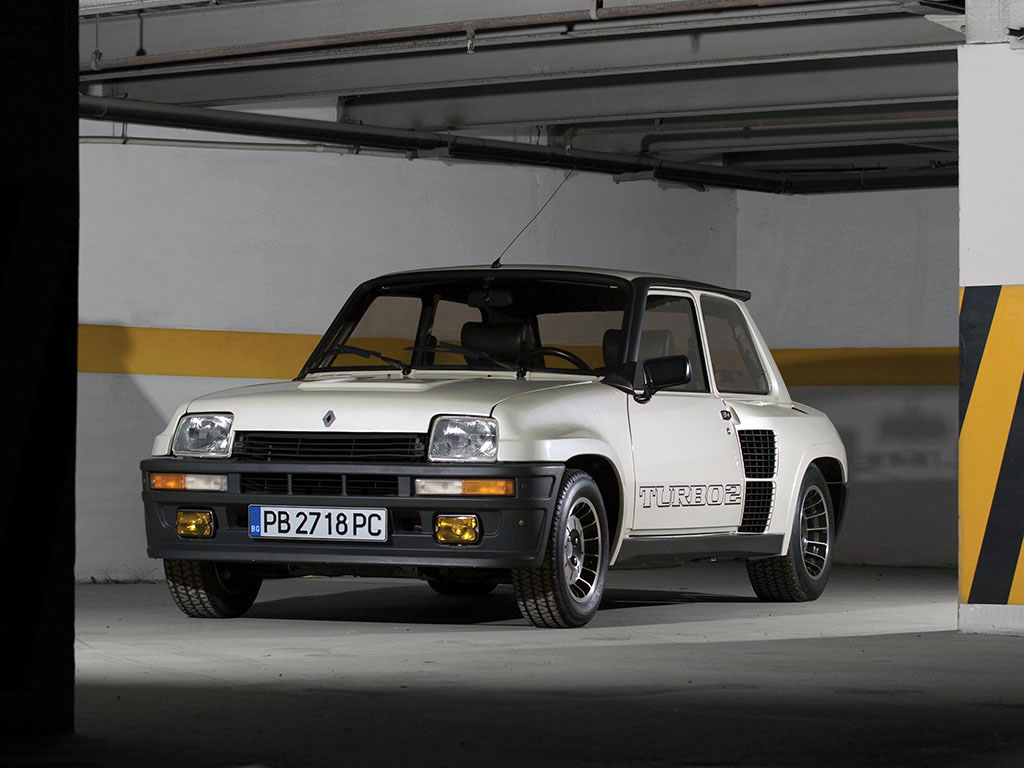 No one would ever look at a Renault 5 and imagine that it could be modified, even heavily, to produce one of the coolest and most macho cars of the 1980s. However, that is exactly what happened when Renault’s Vice President of Production, Jean Terramorsi, was inspired by the incredible success of Lancia’s Stratos. Terramorsi asked Marc Deschamps to design a new sports version of the Renault 5 Alpine, with a back end designed by Bertone’s famed designer Marcello Gandini. 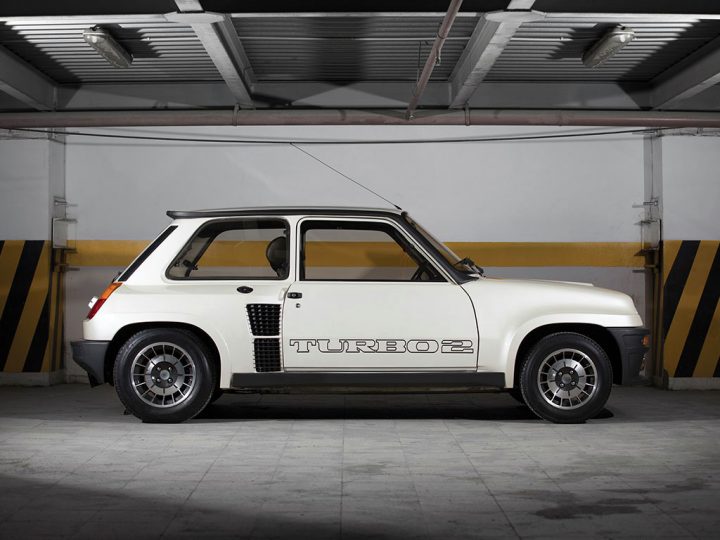 First released at the Brussels Motor Show in 1980, the Renault 5 Turbo was built on a modified Renault 5 chassis. The Turbo’s most radical change was the placement of the engine behind the driver and the change to rear-wheel drive. The engine was Renault’s C-Type four-cylinder inline engine with Bosch K-Jetronic mechanical fuel injection and a Garrett T3 turbocharger. Because the standard R5 rear suspension would have interfered with the transmission, the Turbo was upgraded to rear double-wishbone and coil-spring suspension. 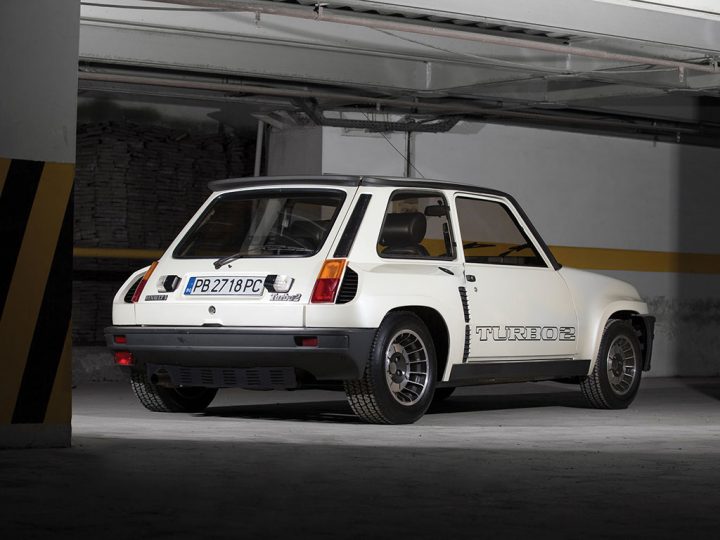 Looking to lower production costs but not suffer from a loss of performance, in 1983 Renault pared down the Turbo into what would become the Turbo II. This new lighter version removed the unique interior and replaced the aluminium body panels with steel, but it still retained the staggering 158 brake horsepower and used the same engine. These road-legal cars proved much more popular, and Renault produced a total of nearly 3,200 Turbo IIs out of an overall production of 5000. This is a stunning example of such a collectible model, with only 5,900 kilometres from new and aftermarket leather seats providing excellent comfort. 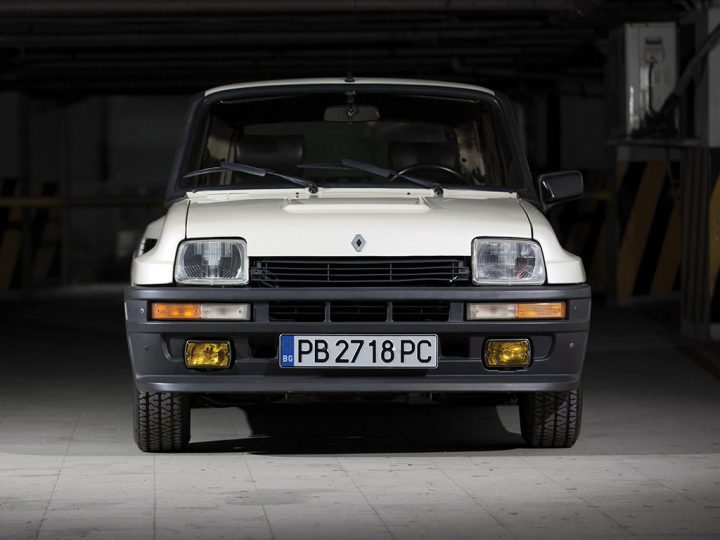 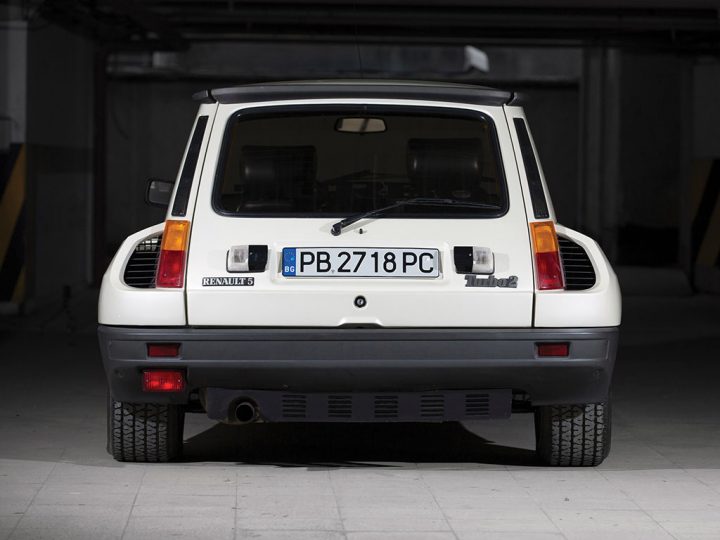 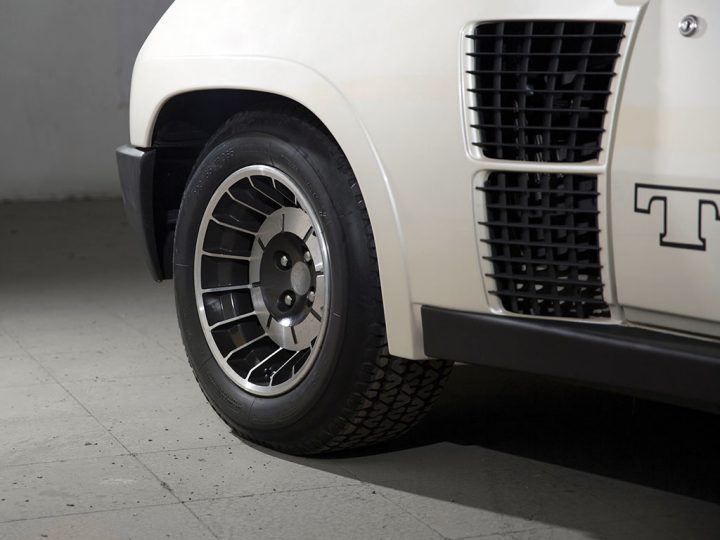 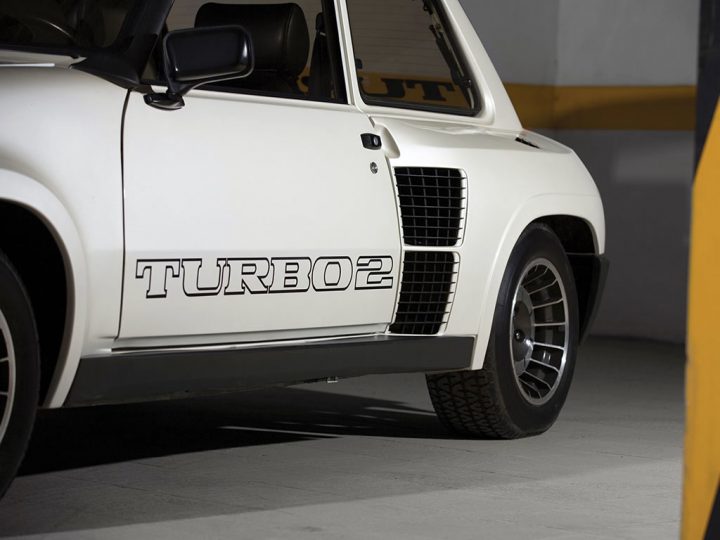 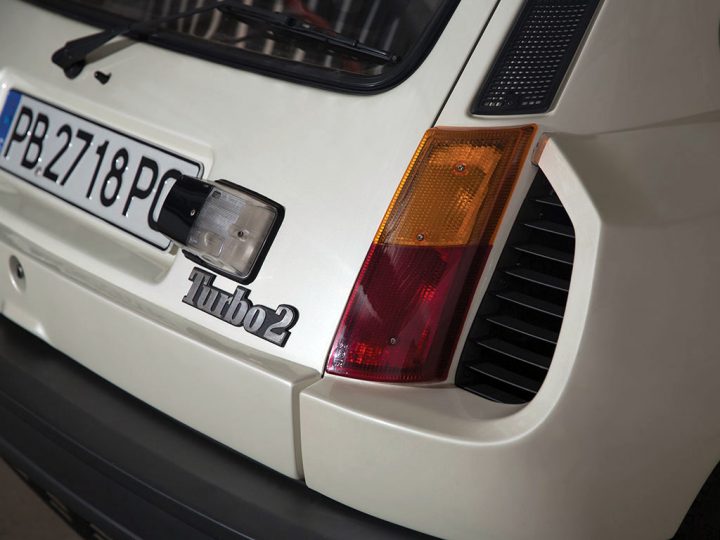 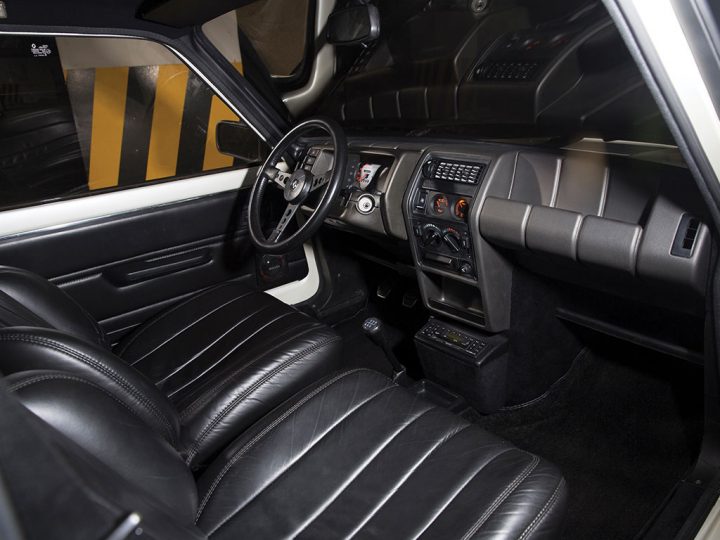 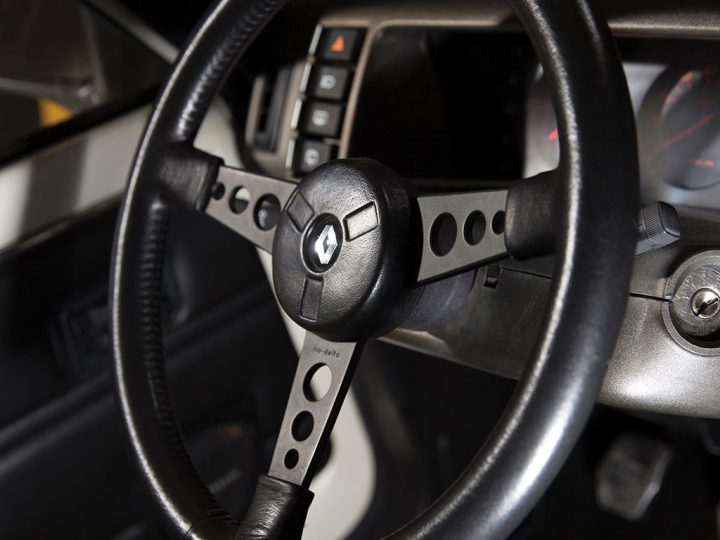 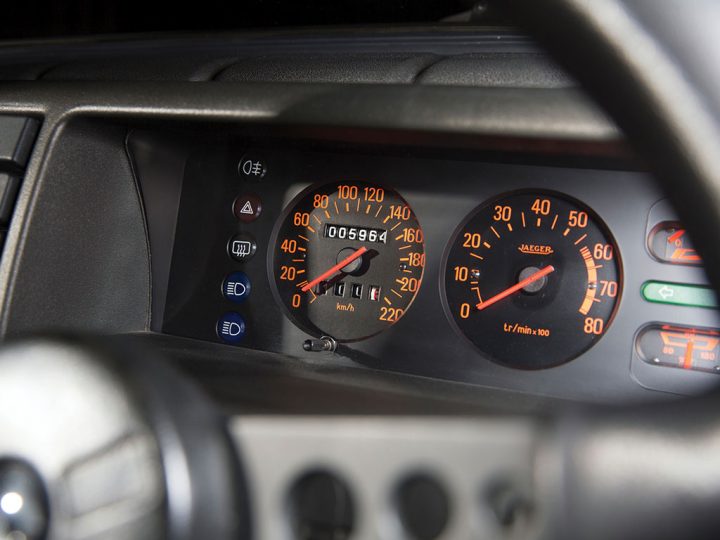 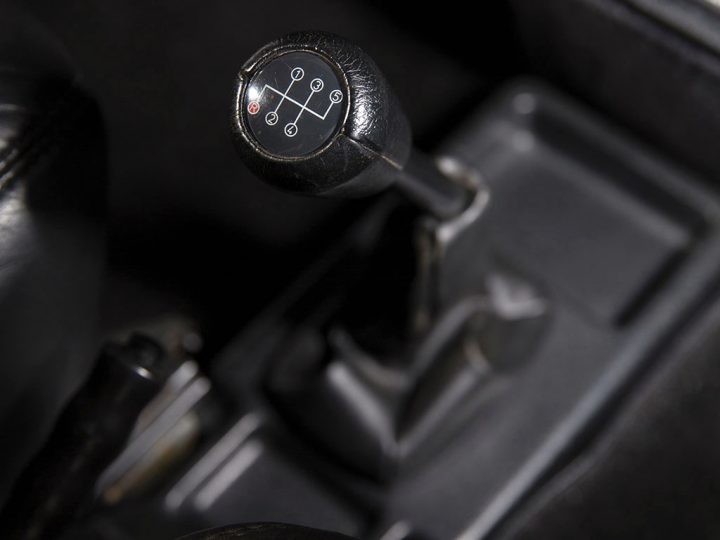 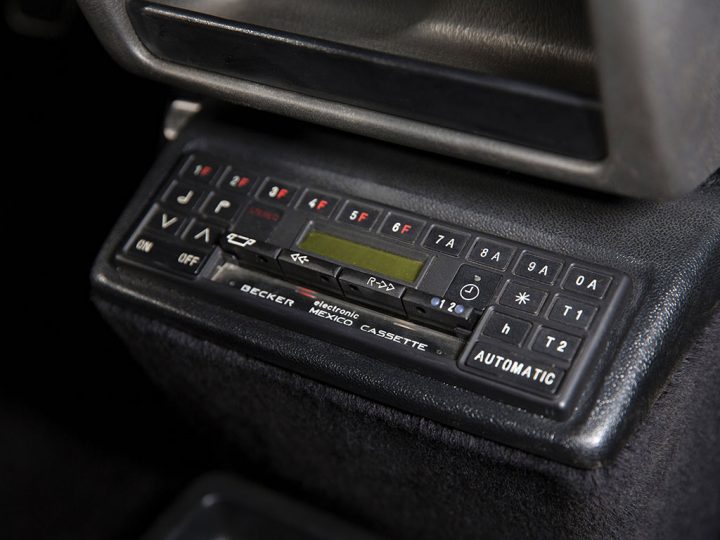 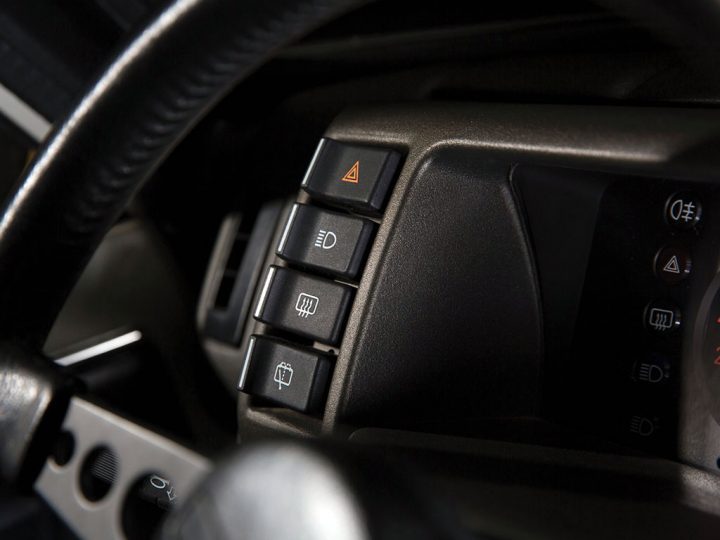 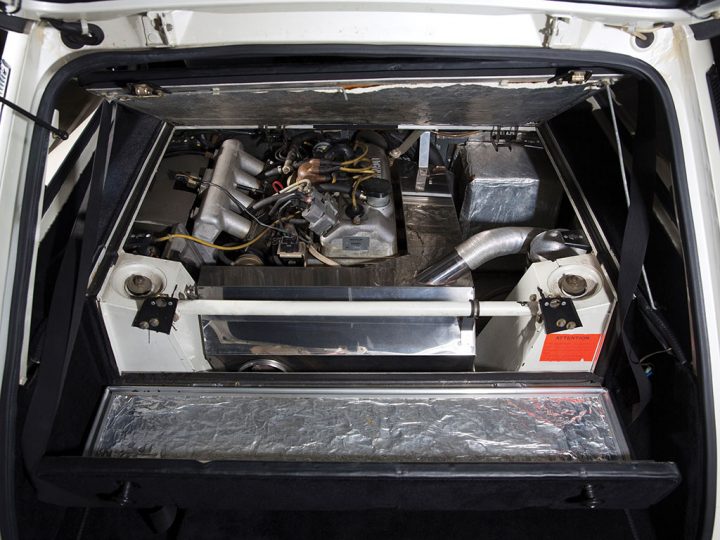 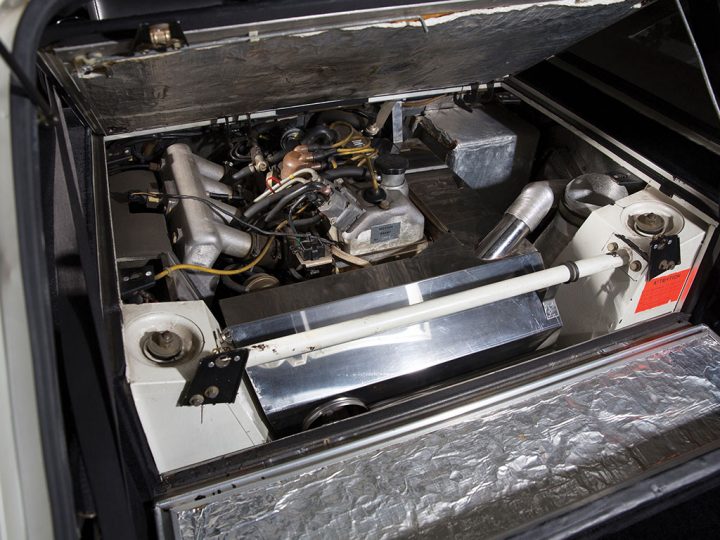 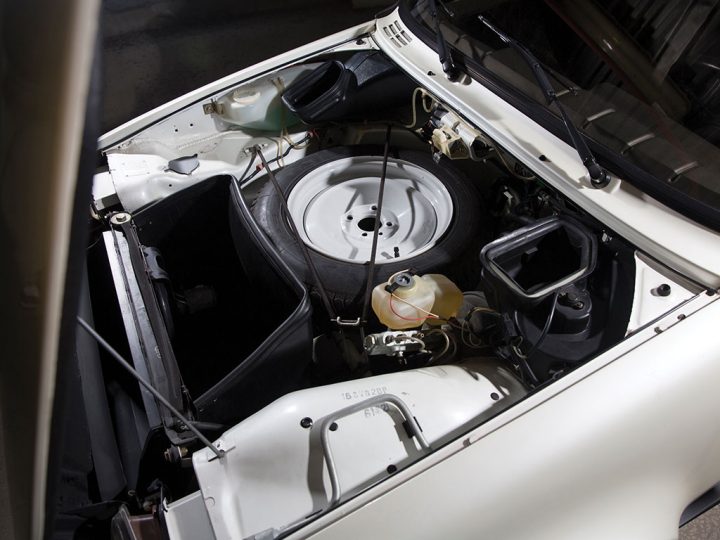 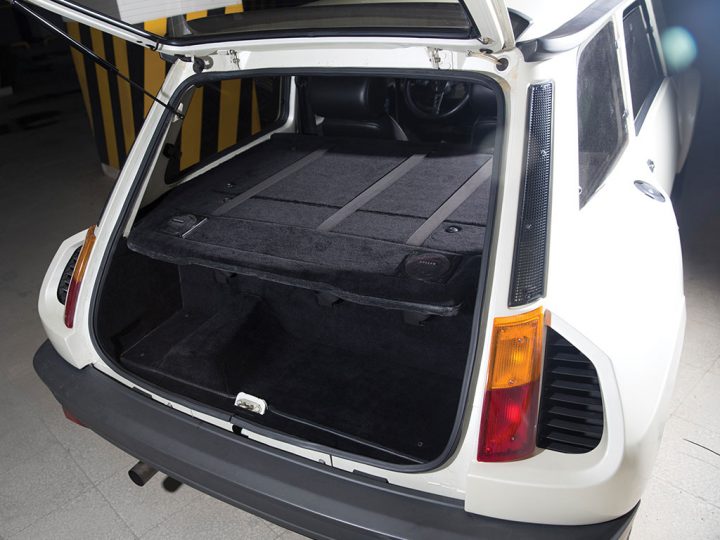 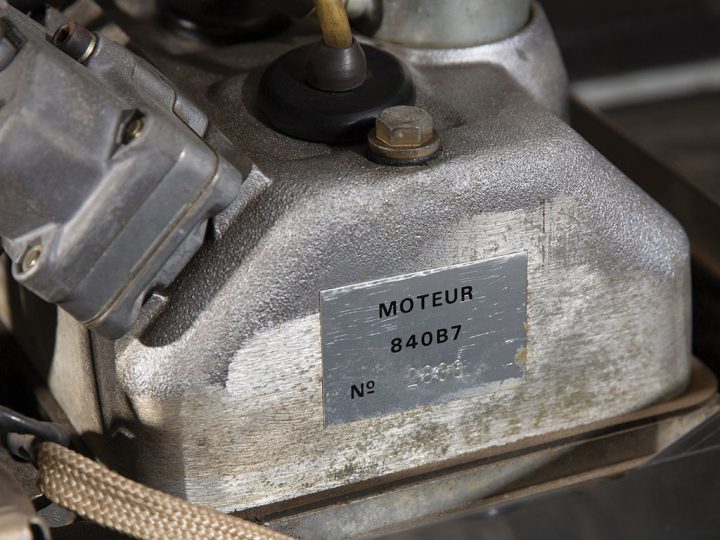