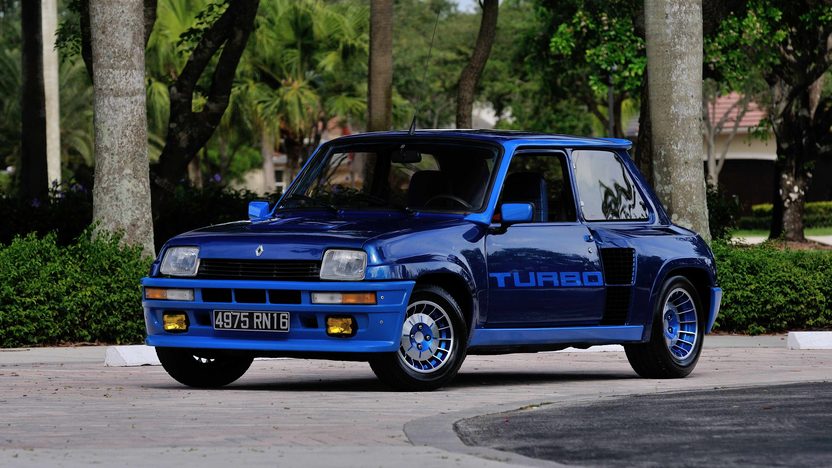 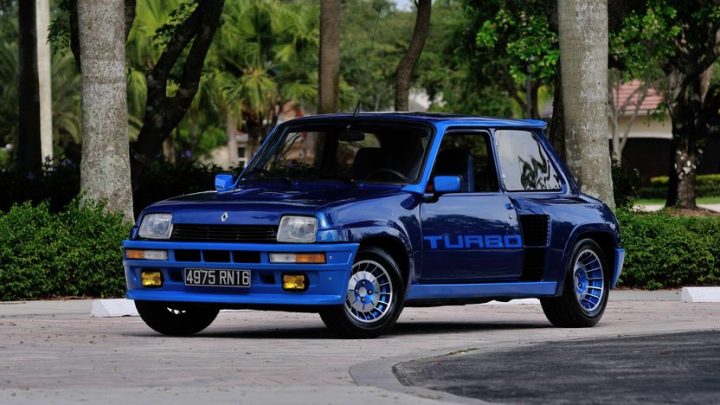 Seven years after winning the World Rally Championship in 1973, in 1980 Renault introduced the new R5 Turbo as a pure homologation special to compete in Group 3 and 4 racing and international rally competition. The R5 was based on the production Renault 5 Alpine hatchback, but to meet the demands of its intended mission, Renault engineers scrapped the standard 5’s front-engine, front wheel drive layout in favor of a mid-engine, rear-drive layout that positioned the engine and gearbox longitudinally behind the front seats. The rest of the basic platform remained, but the R5 Turbo’s chassis was strengthened at the rear to cope with the increased loads introduced by the new mid-engine layout. 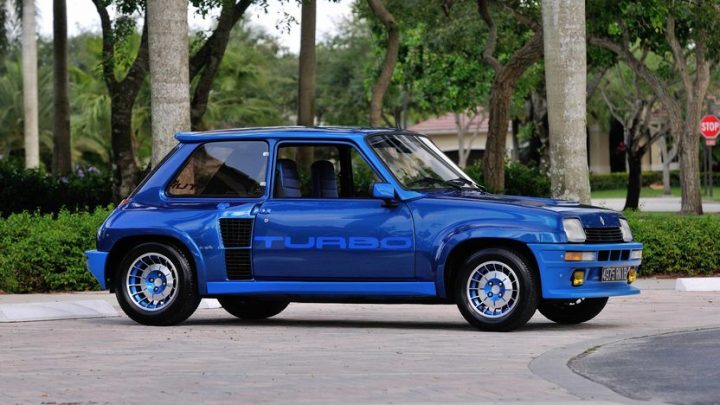 Renault’s initial plan was to build 400 production examples, the minimum needed for homologation purposes. But when the car was introduced at the 1980 Brussels Motor Show, interest in the roadgoing version took Renault by surprise. High demand prompted the company to put the car into limited production at its Alpine factory in Dieppe, France. In three years the factory produced 1,820 R5 Turbos, but fewer than 600 of these were the first series R5 Turbos which today are the most desirable, having never been exported to the U.S. 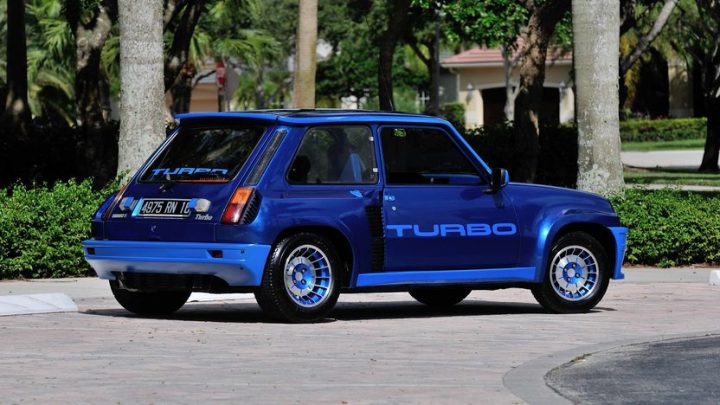 To further exploit the popularity of the R5 Turbo, the automaker introduced a revised, lower-cost version called the R5 Turbo 2 for the 1983 model year. While original Turbo models generally used lighter aluminum components for the roof, doors and hatch, as well as a unique dashboard and instrumentation, the Turbo 2 relied on the Renault 5′s steel body pieces as well as most of its stock interior components. 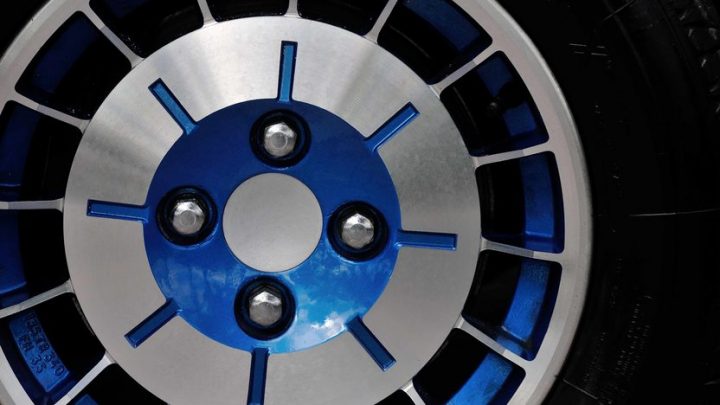 This 1980 Series 1 R5 Turbo from the Craig Brody Collection is number 428 of the limited run of fewer than 600 cars. Finished in brilliant French Blue (much rarer than the only other available color, Bright Red), it features the decidedly hyper-optic French art deco-style interior that helped characterize the early-generation Turbo and complete its overall aggressive demeanor, which is simply stunning in person. 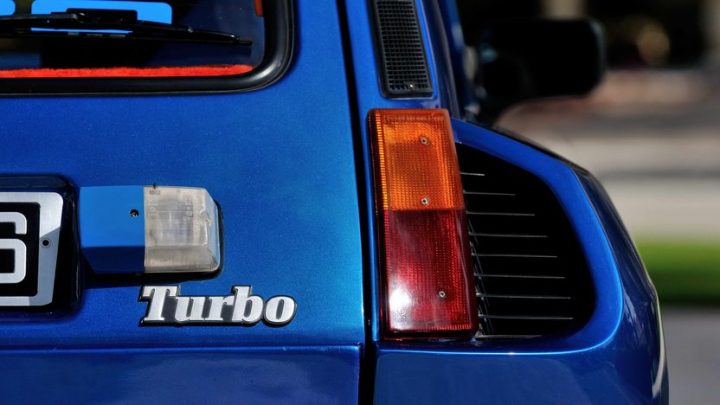 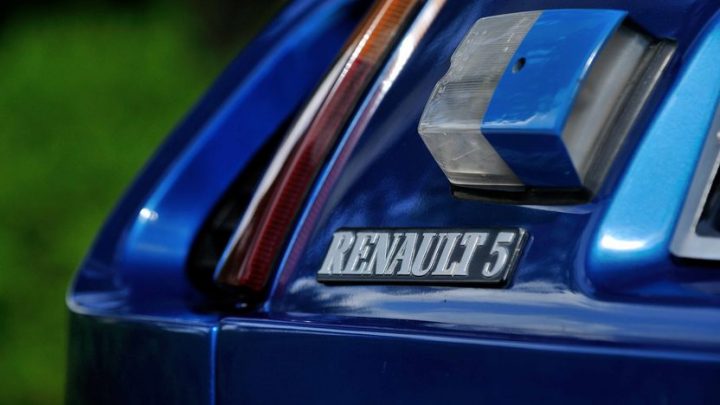 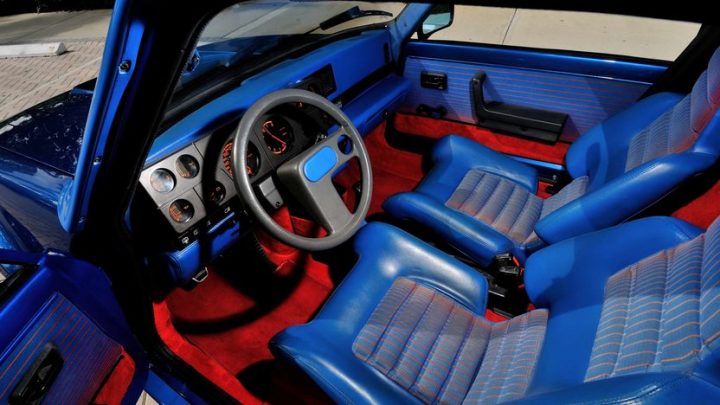 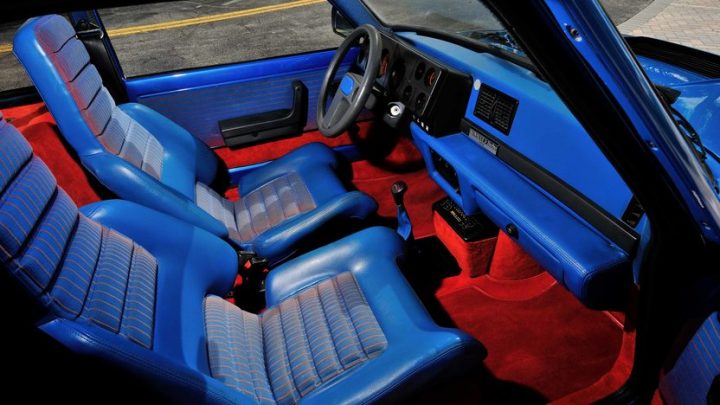