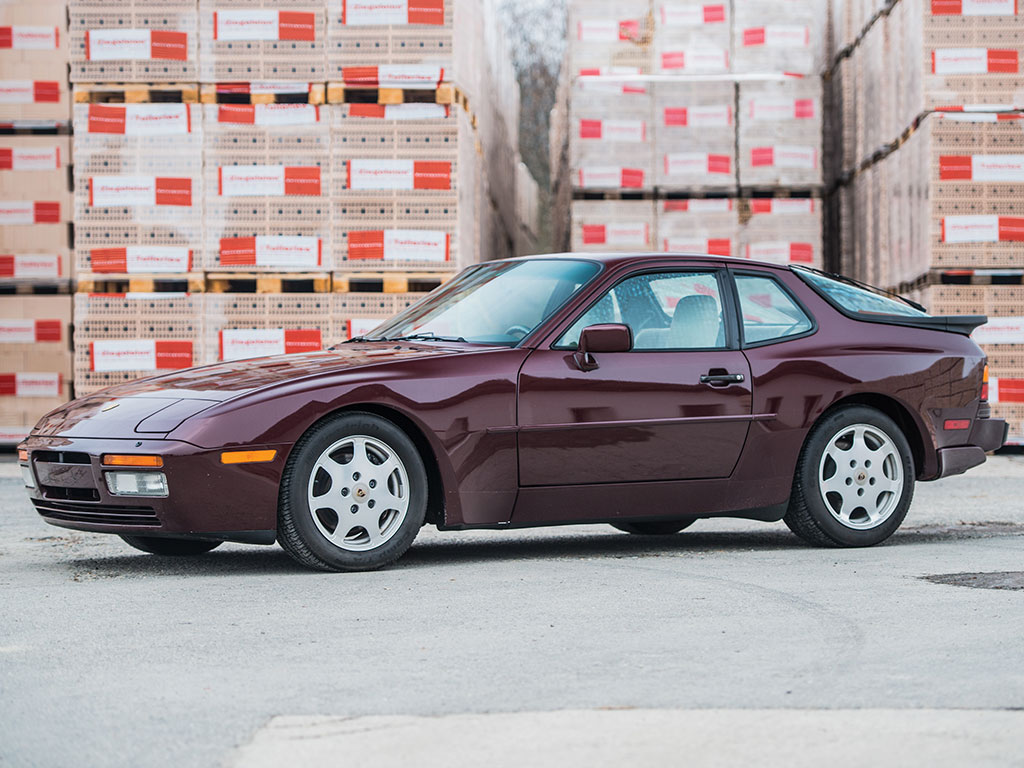 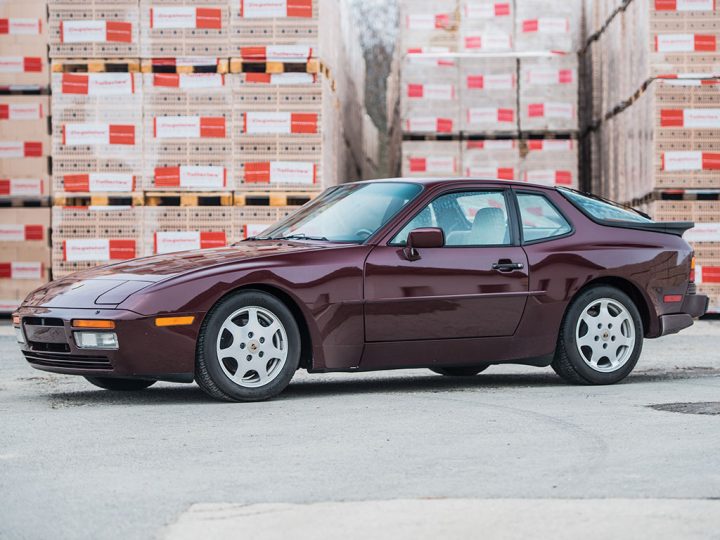 Porsche released a turbocharged version of the 944 in 1985 with power boosted from 150 to 220 horsepower. Upgrades, along with the turbocharger, included an integrated front bumper, streamlined aerodynamics, a strengthened gearbox, 911 brakes, and a different final drive ratio. The 944 Turbo S of 1988 boosted power even further to 250 horsepower, 100 more than the standard 944. The power gain was accomplished with the combination of a larger K26-8 Turbo and revised engine mapping, which allowed full boost until 5,800 rpm. Other changes for the S included 928 S4 front brakes, adjustable Koni shocks, and chassis stiffening brackets on the front frame rails. Included with the S package were antilock brakes, a limited-slip differential, and power front seats. Only 1,635 examples of the Turbo S were built in 1988. 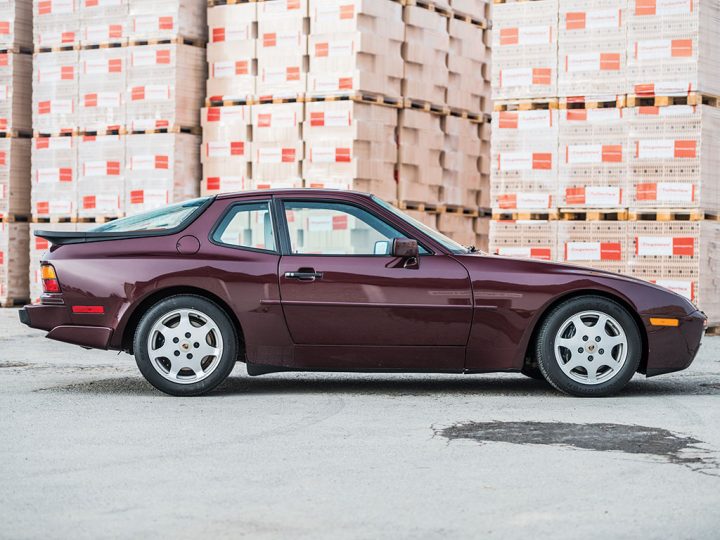 This 944 Turbo S has only 39,000 miles and was completed at the factory on 4 May 1988. It was delivered to its first owner in Utah on 9 August 1988 with 104 delivery miles. The Certificate of Authenticity shows that it is a highly equipped example optioned with the sport suspension package, headlight washers, protective side moldings, a rear window wiper, cruise control, California emissions, and an electric sunroof. Still wearing its original Maraschino Red Metallic paint and light grey leatherette interior, this Turbo S is in impeccable condition throughout. 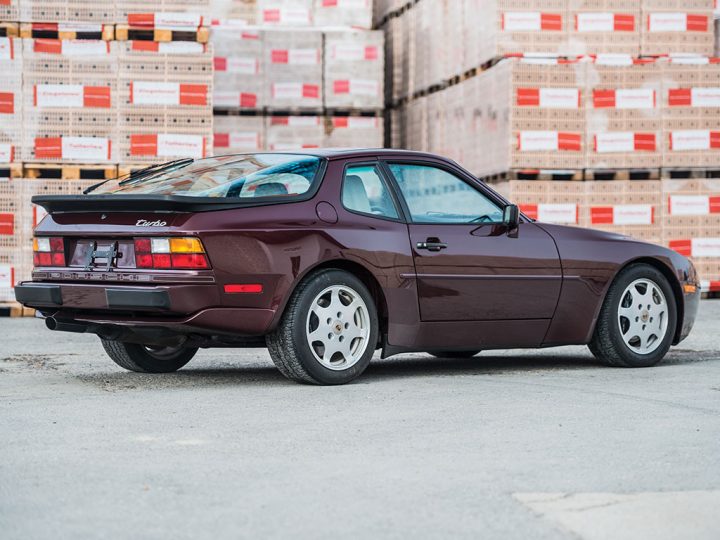 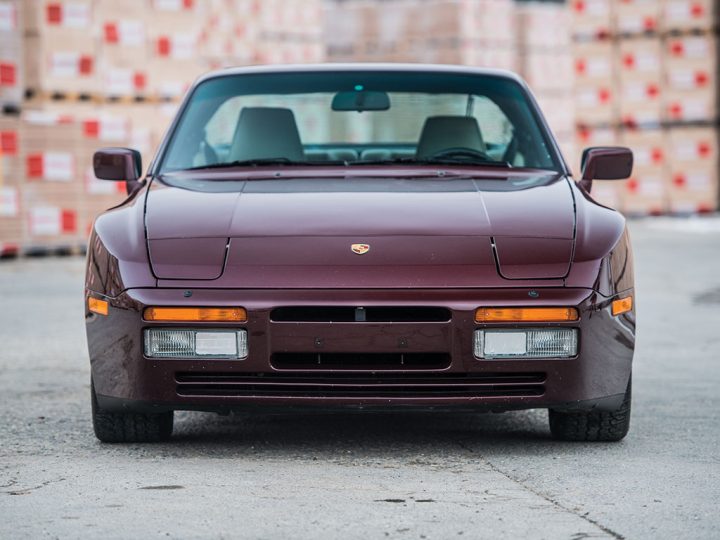 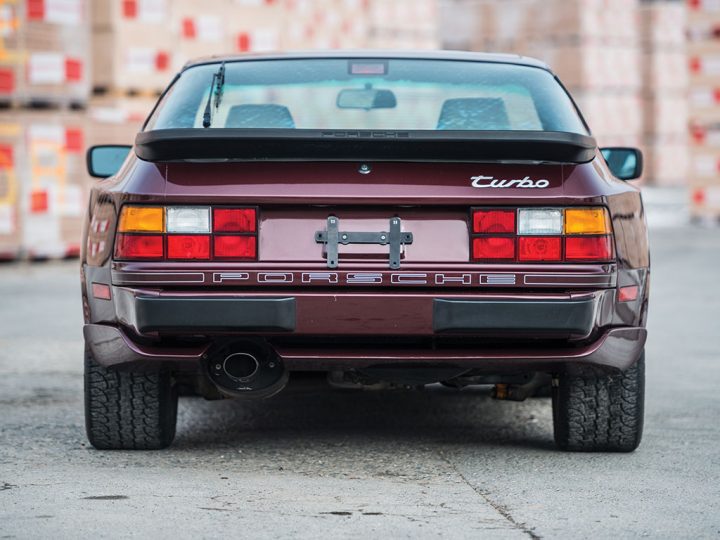 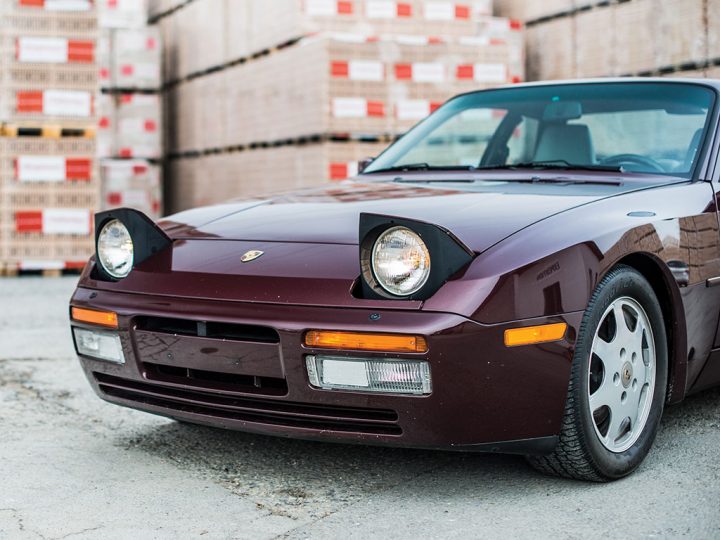 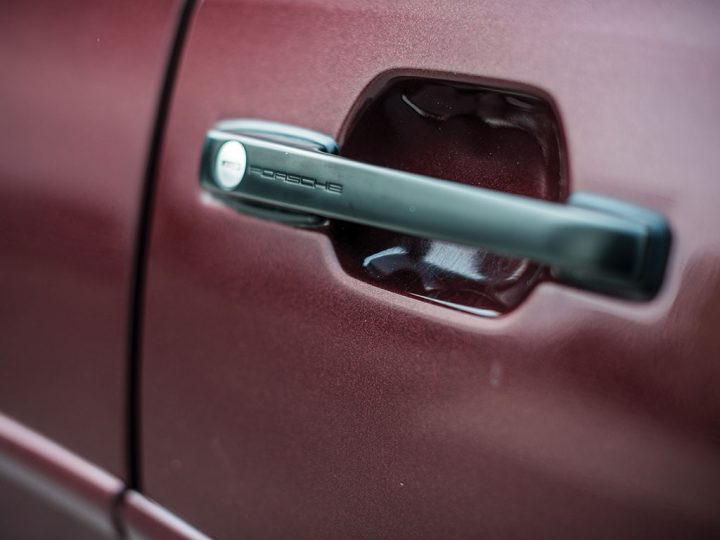 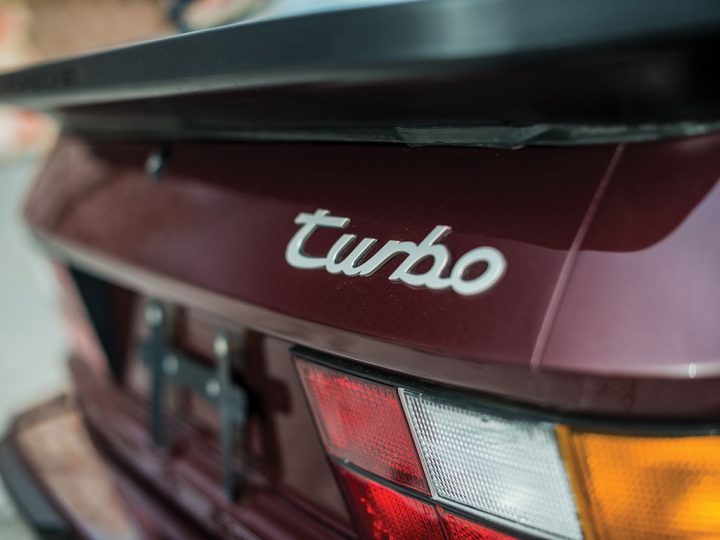 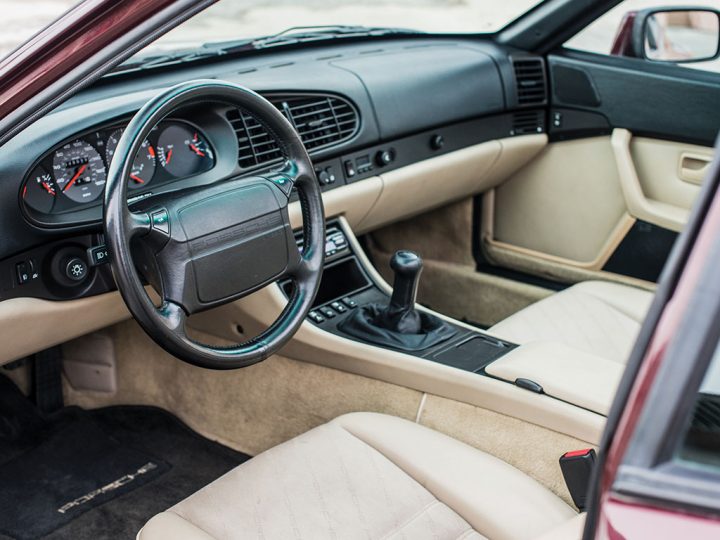 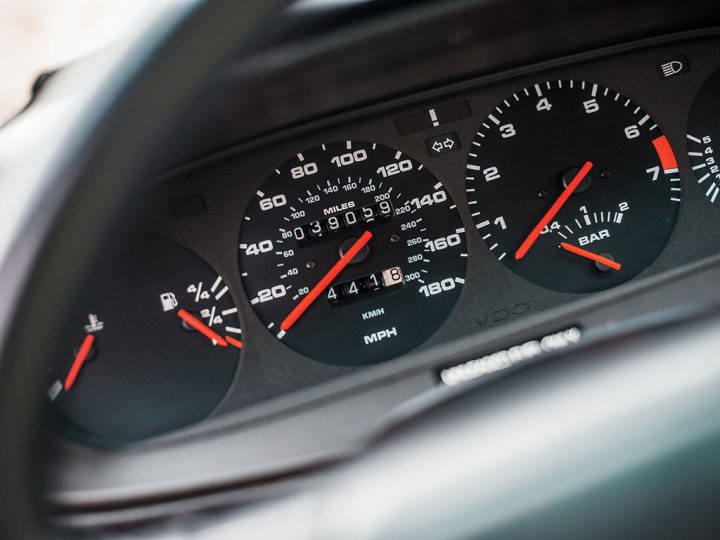 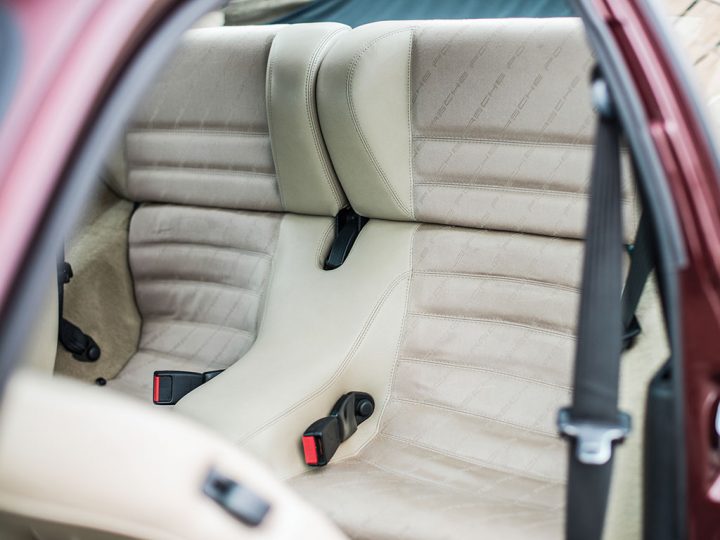 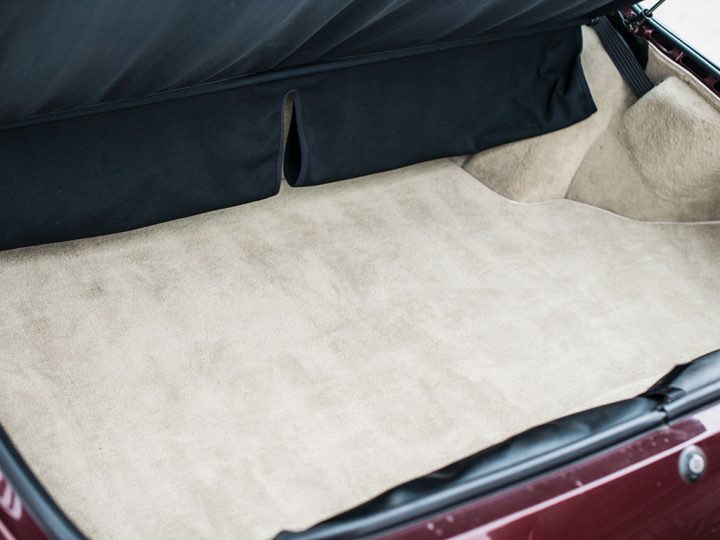 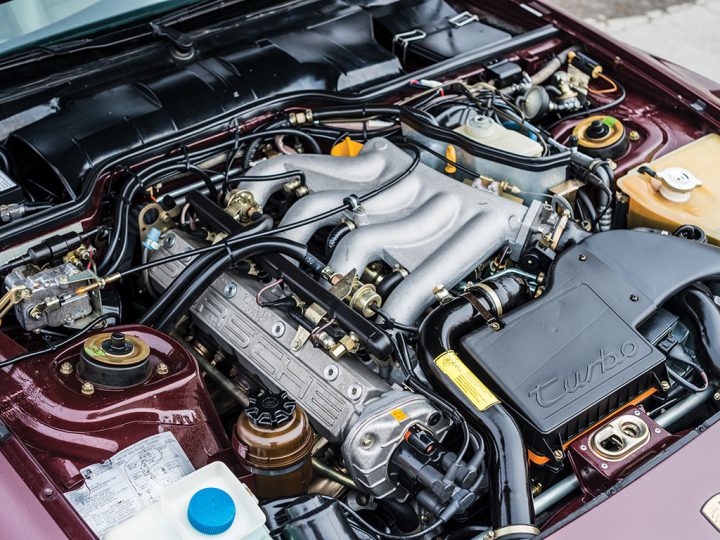 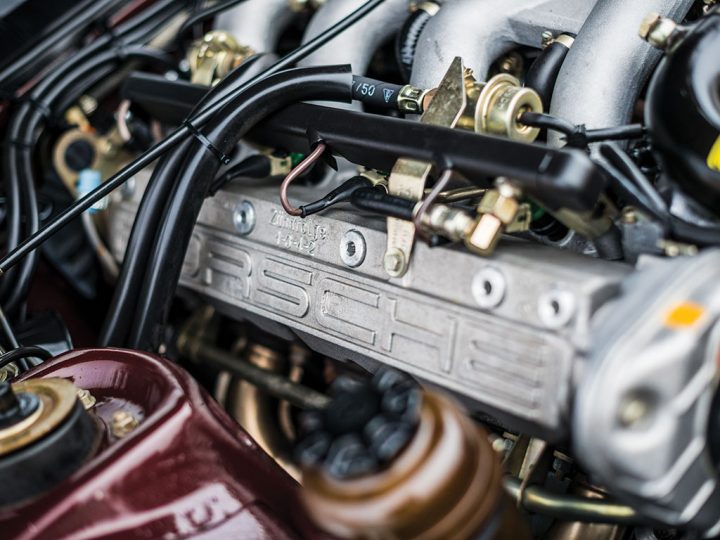 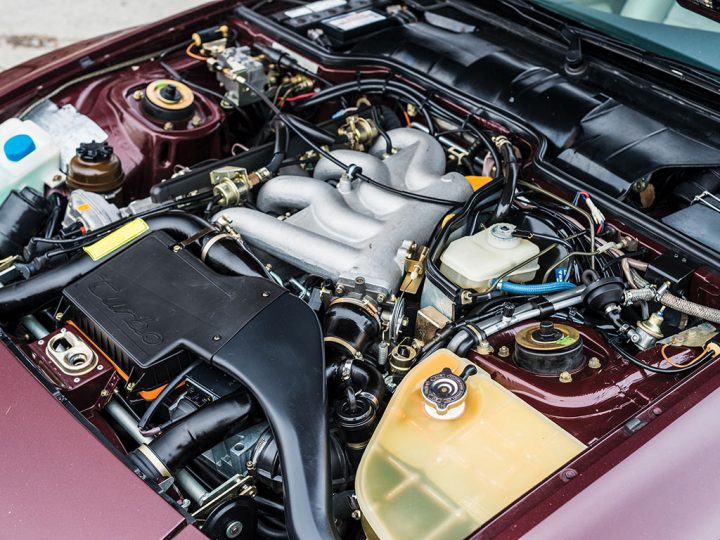 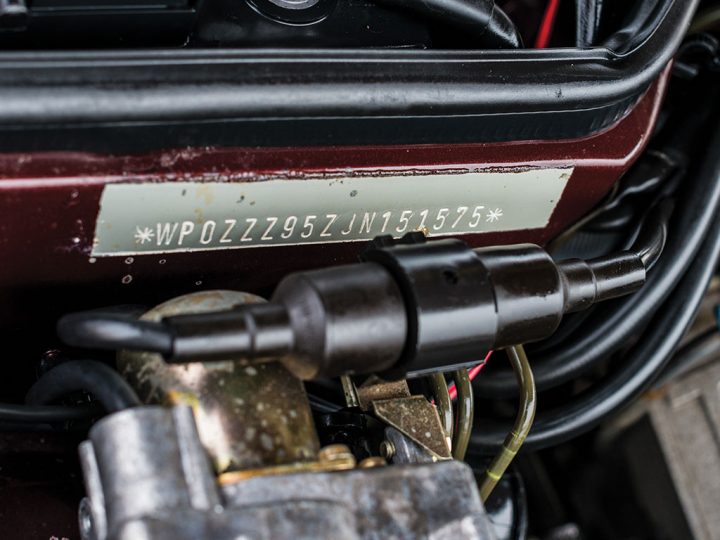