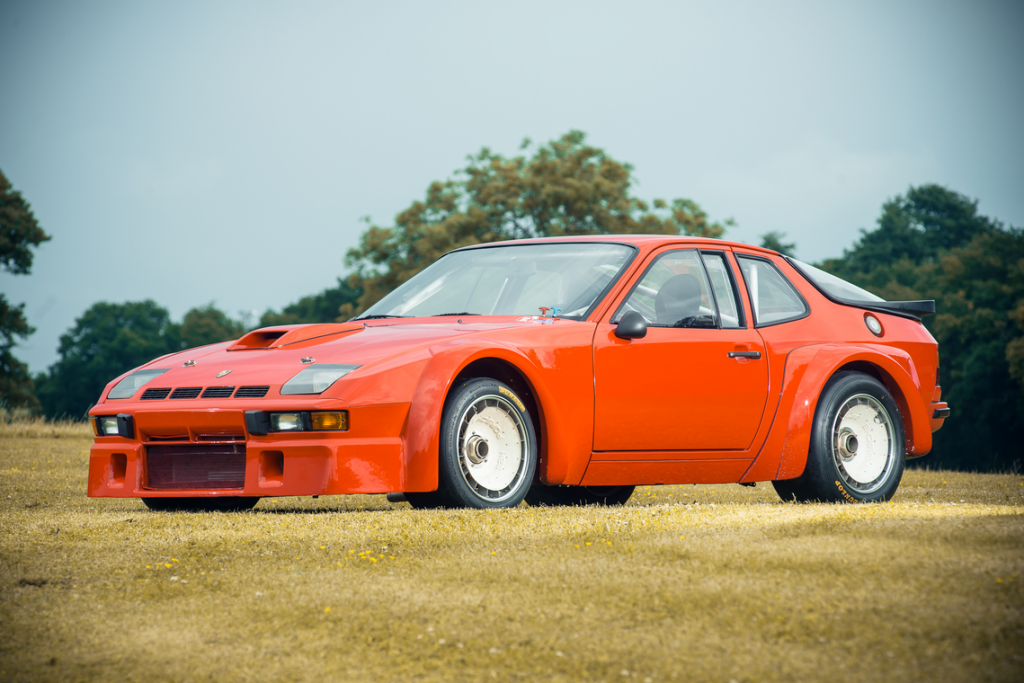 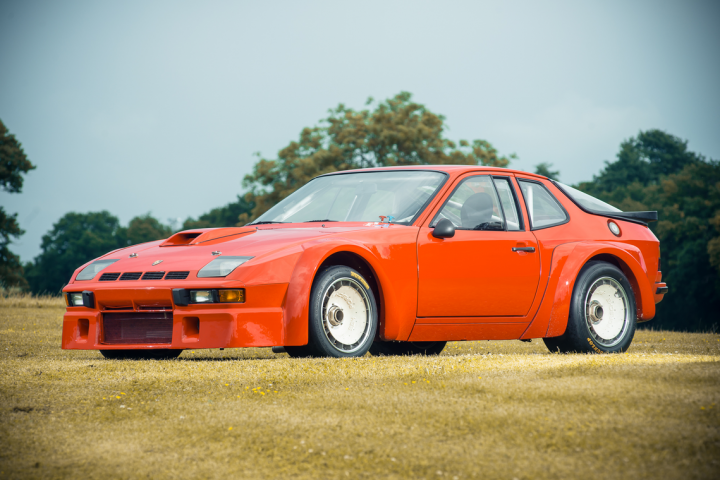 Porsche had ambitions to return to Le Mans in 1980 with the intention of running in Group 4 (Sports Cars) and decided to base the new competition car on their successful 924 mainstream model. Naturally, in order to withstand the rigours of 24 hours around Le Sarthe, the full-race cars would have to be substantially different from their ‘shopping’ siblings. Firstly, however, Porsche had to comply with the FIA Homologation Regulations dealing with the construction and quantities produced of a relevant road-car on which the ‘racer’ was to be based.

Earlier, in 1979, Porsche had produced a styling exercise exploring possible design elements for future road cars, and this was made public at the Frankfurt Motor Show that year. One of these design submissions involved a much more masculine and aggressive look applied to the 924 and this was well received and later, became a major influence on the shape of the new 944. 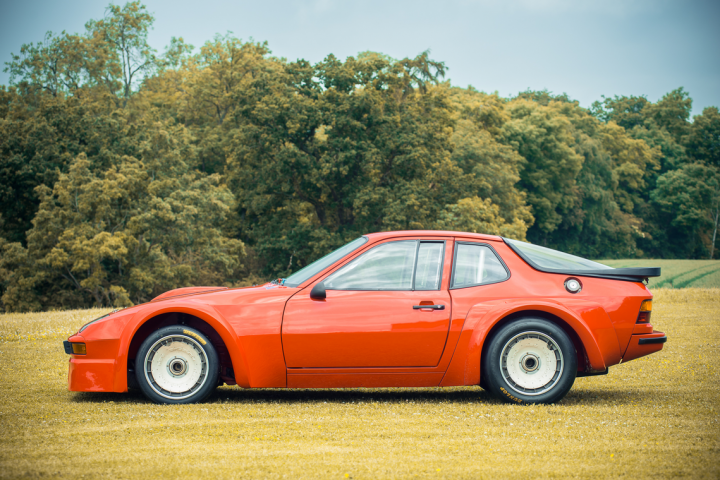 However, in the meantime, it was decided to apply some aspects of the Frankfurt styling exercise to the existing 924 and the result was the 924 Carrera GT (labelled 937 and 938-rhd). As well as the more dramatic bodywork, all non-essential elements were removed from the car in an effort to reduce weight. Standard specification included a close ratio, dog-leg, 5-speed gearbox, LSD, Bilstein shock absorbers, polyurethane front and rear flared guards, a polyurethane front spoiler, and a bonnet mounted air scoop for the intercooler. With a 2-litre turbocharged engine producing 210 bhp, it will reach a top speed of 150 mph and hits 60 mph in an impressive 6.5 seconds. Porsche made 406 of the 924 Carrera GTs in 1981, including six prototypes.

A step up from the GT was the GTS, of which 59 were made in the Stuttgart factory. These were more powerful than the standard Carrera GT, thanks largely to increased boost. The GTS models are distinguished by perspex headlamp covers replacing the pop-up headlights on the GT, and an intercooler in front of the engine rather than on top of it. 15 of the 59 were ‘Club Sport’ cars, featuring a roll cage, more power, and less weight than the regular GTS. 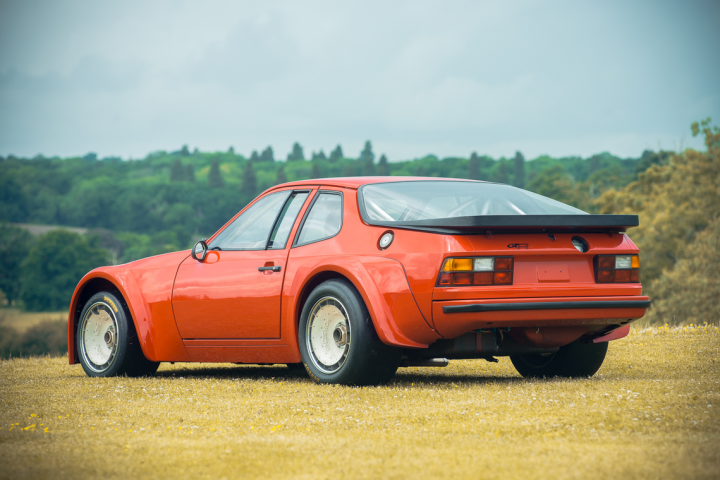 However, the ultimate 924 in competition terms was undoubtedly the GTR, some of which were available to private customers at a cost of $75,000. Porsche built just 17 examples, of which nine either raced in or qualified at Le Mans. Other examples of the 17 GTRs were raced in Europe, the US and Japan, with one notable exception, this particular car!

The GTR benefitted from Porsche’s constant factory development. The intercooler was relocated to the front, as with the GTS, but was much larger, filling much of the nose of the car, and the cars were delivered from Porsche with fully integrated roll cages, fully adjustable suspension, and four-piston 935 brake calipers squeezing larger 31cm discs. The engine was a highly modified version of the 2.0litre motor used in all 924s, featuring dry sump lubrication, which helped it produce 375bhp and 299 lb/ft of torque. The figures were very impressive. Weighing 930 kilos, the GTR was good for 180mph/ 290kmh (more when aerodynamically detailed), and 0-60mph took 4.7 seconds.In 1980, Porsche entered three 924 GTRs at the 24hrs of Le Mans, finishing 6th, 12th and 13th overall, and went on to achieve an excellent class win in 1982. 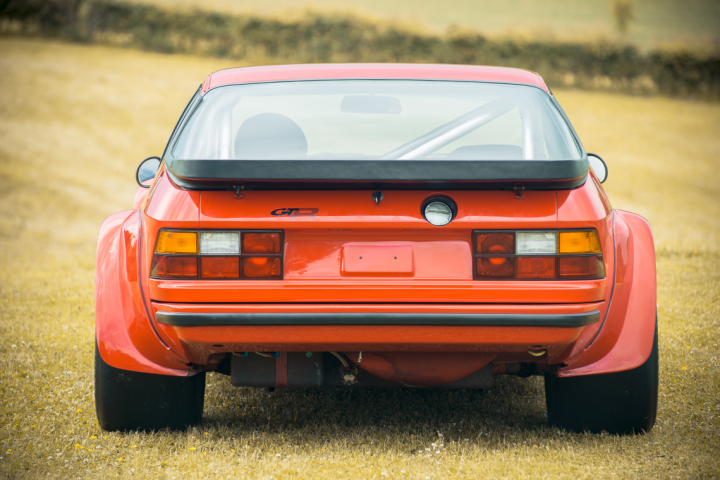 This amazing one owner, 109 kilometres from new, survivor has an even more incredible story to tell. One of only two cars delivered to Japan from new (the other example having been used for racing), the car was brought into the country in 1981 by Porsche importer ‘Garage Italya’. In 1983, after being stored for 2 years, it was purchased by a Japanese businessman and classic car enthusiast who wanted to add it to his private collection.

The car was never raced, but was enjoyed a handful of times on the track at Suzuka and the Fuji Speedway. On each occasion, our fastidious Japanese owner made a record of the distance travelled at each track day. According to his records, the car covered just 109 kilometres in the first 7 years of his ownership, after which the 924 was carefully stored in his two-storey garage, safely in the first-floor attic space accessible by a car lift. The GTR was then removed from storage each year, taken on a trailer to be serviced, brought back, then placed back in position in the garage. From 1981 to 2006 the car was serviced by Porsche specialist ‘Tomei Car Service’, then latterly by Porsche specialist ‘Garage Tool Box’. In the intervening period, the engine was started and run regularly. 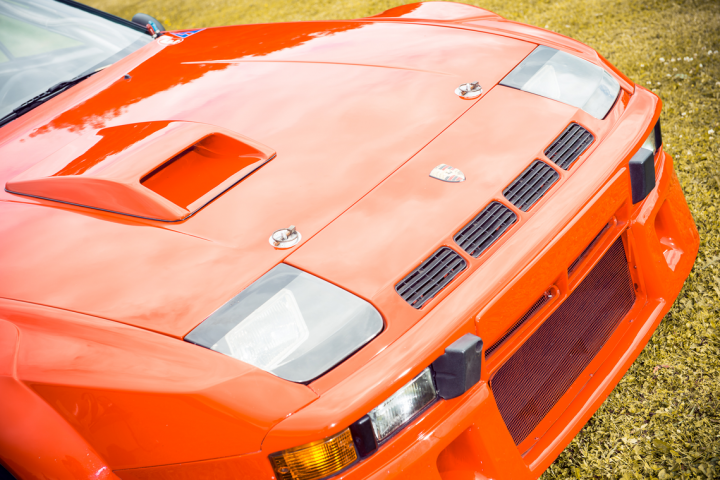 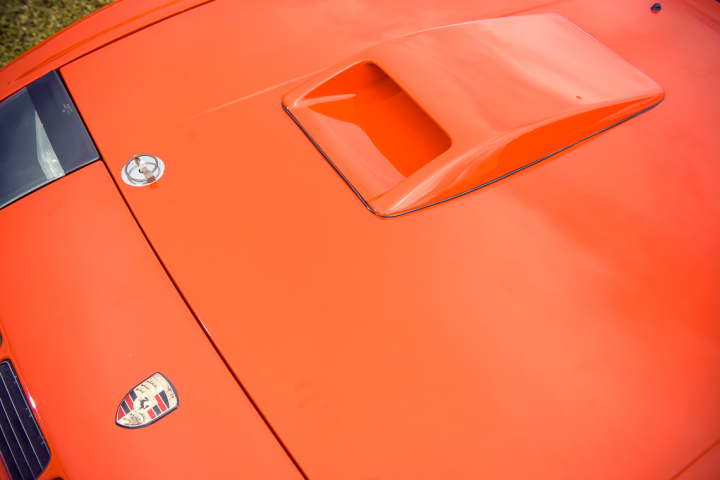 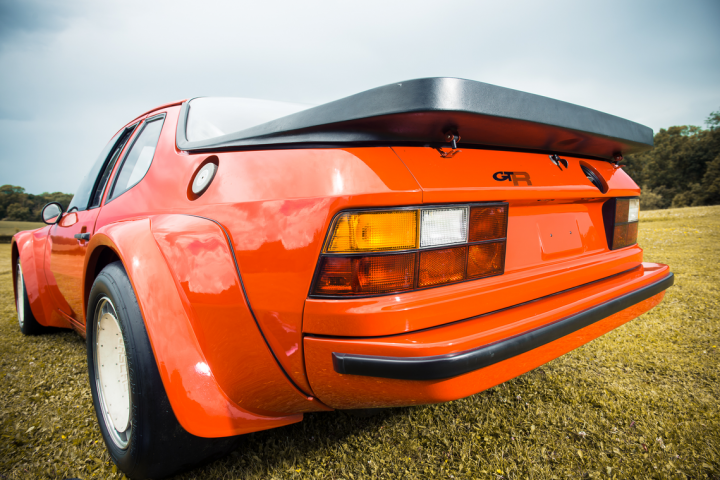 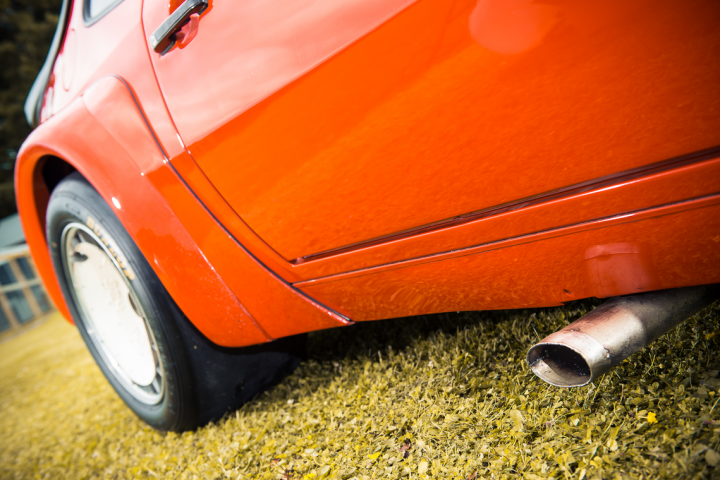 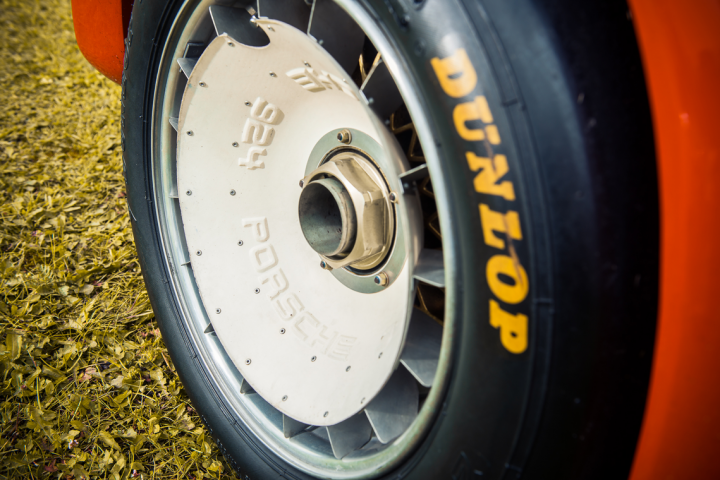 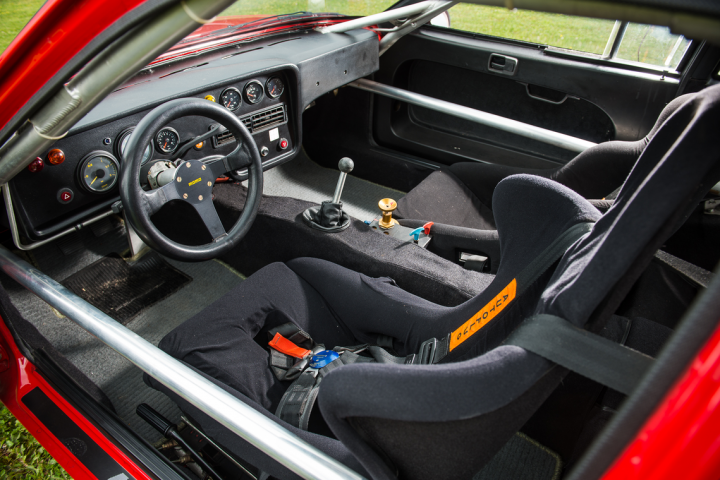 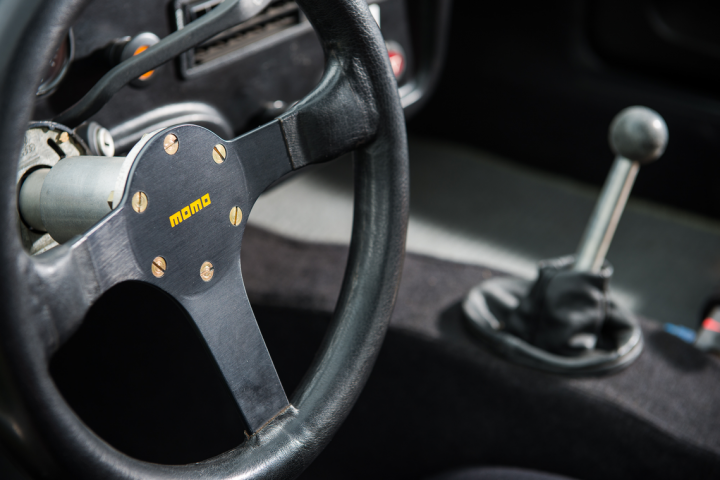 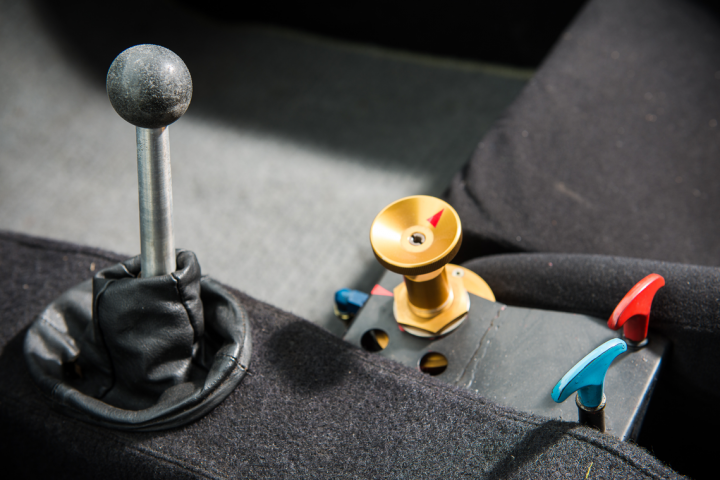 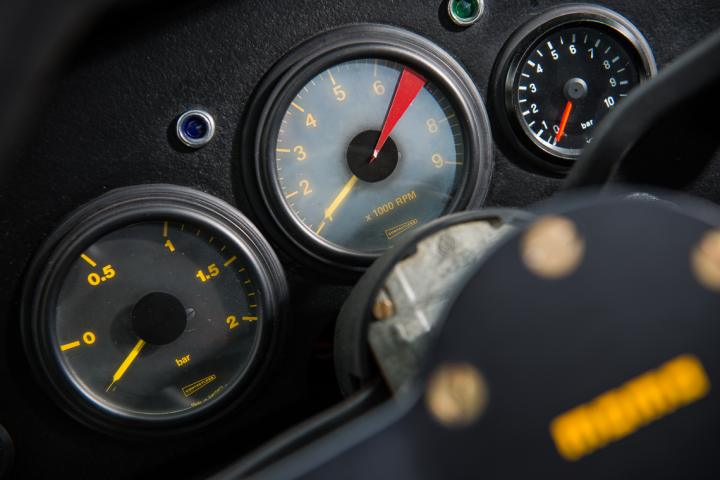 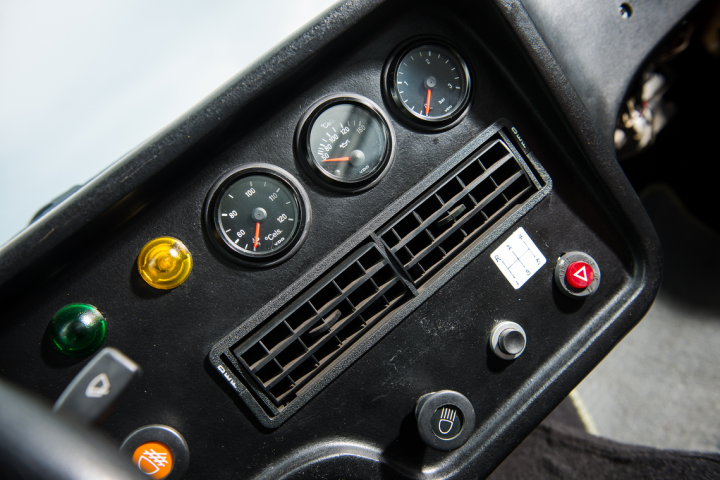 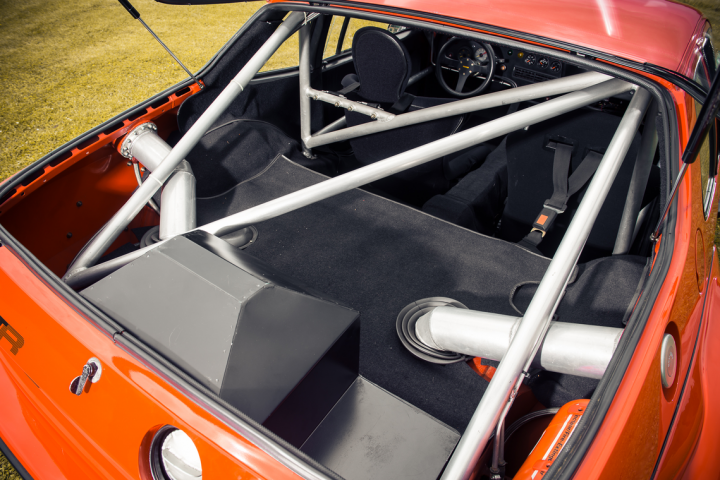 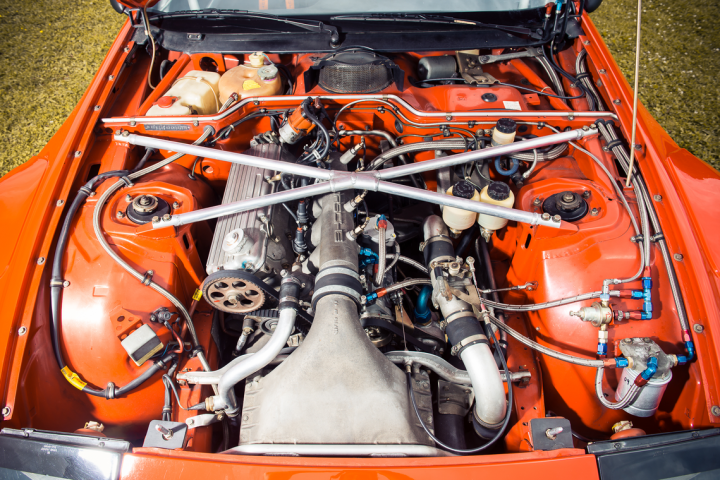 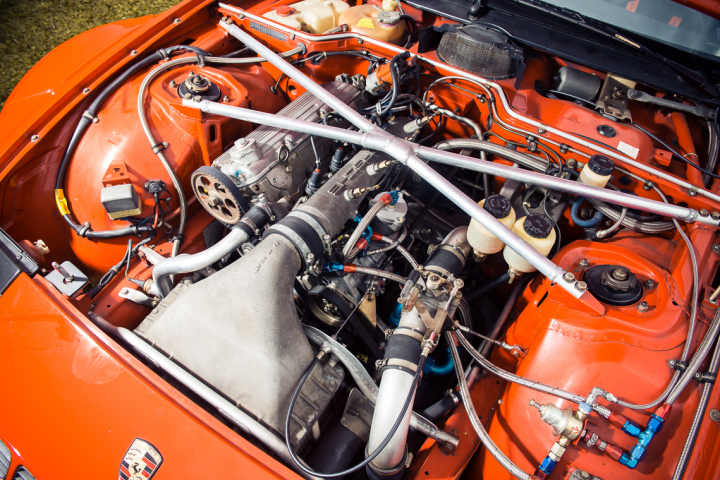