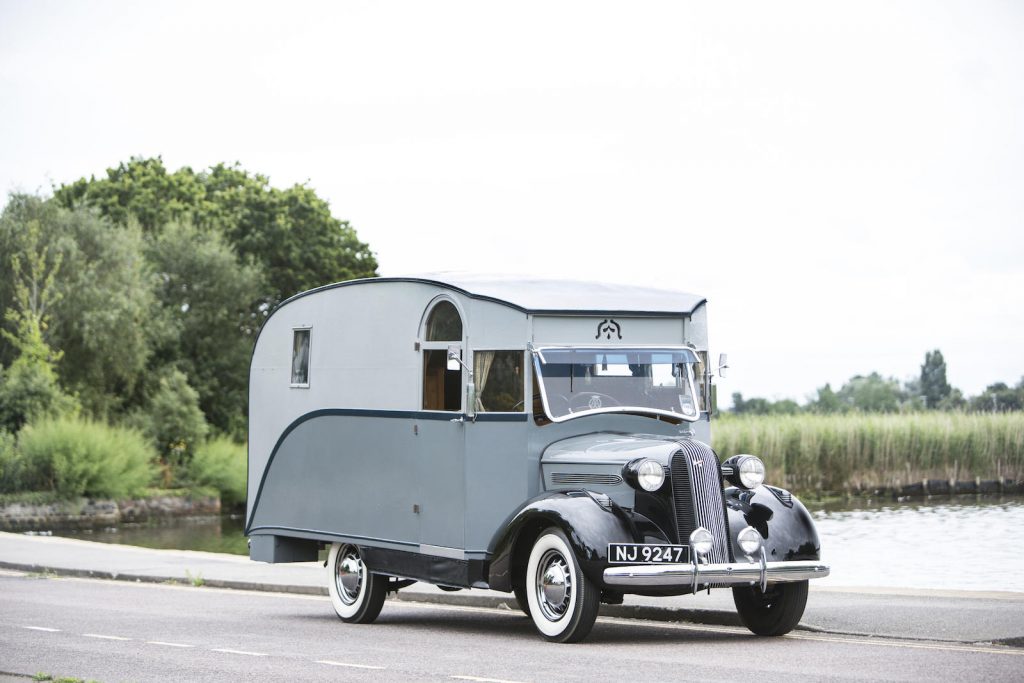 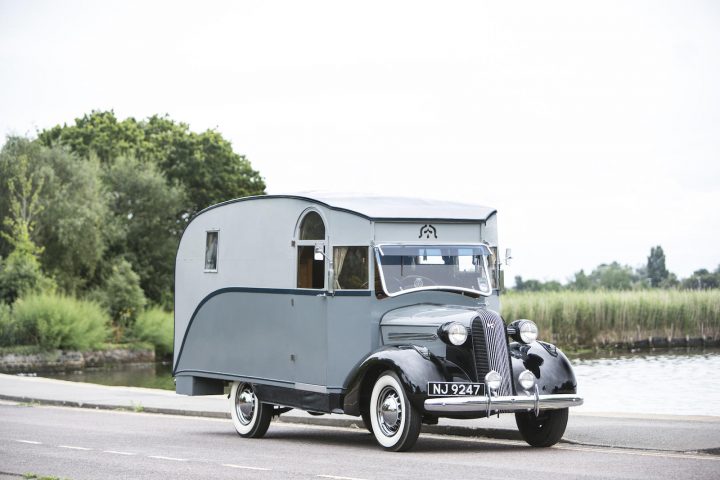 This Pontiac motorhome was ordered new by a Captain Dunn of Bexhill, Kent through a local coachbuilder by the name of Russell. The vehicle was ordered in 1935 from the USA and arrived in this country as a driveable chassis with front wings, bonnet, and scuttle. Russell’s then built the entire motorhome body with expert craftsmanship. This is apparent from such details as the trailing edge of the front wings, where a thin line of the most perfect welding shows how they were altered to fit around the corners of the motorhome body. When he sprayed the wings of this vehicle in hand-flatted cellulose back in the early 1990s, the vendor so admired this perfect panel beating that he did not fill the weld, which remains as it was back in 1936. Captain Dunn took delivery of his completed Pontiac in early 1936. He then proceeded to tour Southern England in the vehicle, which comes with four large albums of photograph full of pictures of the Dunns’ holidays in it.

When the vendor’s father first acquired the Pontiac, he contacted Russell’s of Bexhill and informed them of its existence. Mr Russell, a member of the firm’s founding family owners, revealed that the Dunn family had been very close friends with both his parents and grandparents. He then invited the owners to the Bexhill Festival of Motoring, which they attended with their renovated Pontiac motorhome the following spring. 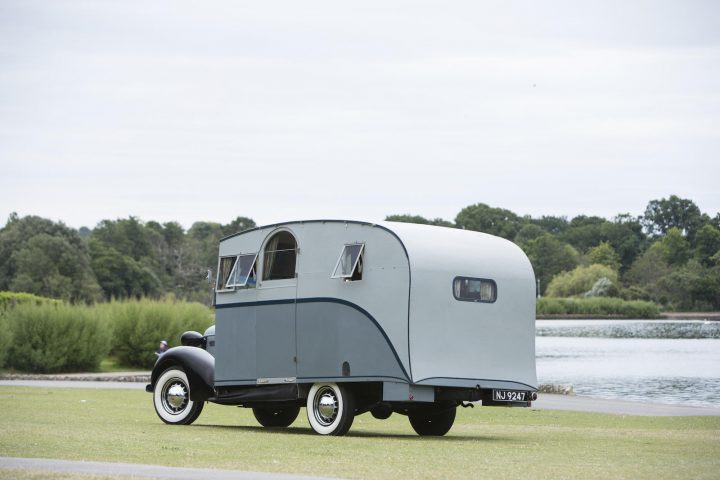 After replacing its old oil and petrol, and fitting a new battery, the 4.0-litre six-cylinder engine had started within one turn of the starter and has run sweetly ever since. As purchased, the Pontiac had been painted khaki in anticipation of its being used as an ambulance during WW2; thankfully this never happened, which is why it had survived in such good condition; even the exhaust system is the original factory-fitted item. 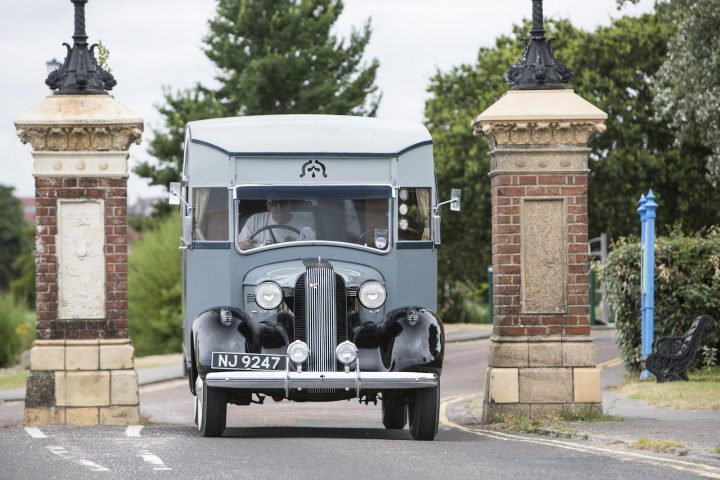 The interior remains just as it was found, though a boat builder was commissioned to re-varnish the woodwork in the correct dull gloss finish. All curtains and linoleum are original, as are all the fixtures and fittings. All the interior equipment came with the motorhome, from the delightful water softener to the old tins of jam! The exterior paint was matched to the original colours surviving in the door shuts. 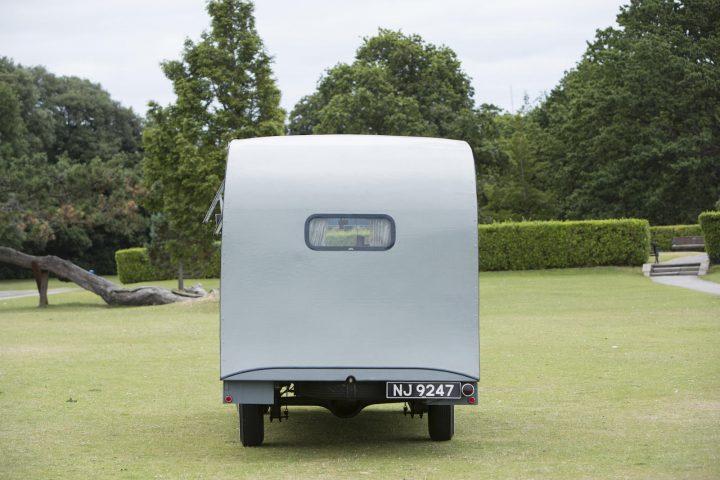 At the Bexhill festival, the owners were introduced to an elderly gentleman who had been an apprentice at Russell’s in the mid 1930s and whose first job had been to work on the Pontiac motorhome. They were also introduced to the Dunn family’s financial advisor, who told them that Captain Dunn had contracted polio on his honeymoon, which left him paralysed and requiring the use of a wheelchair. During WW2 Captain Dunn was evacuated to Wales on account of his disability. 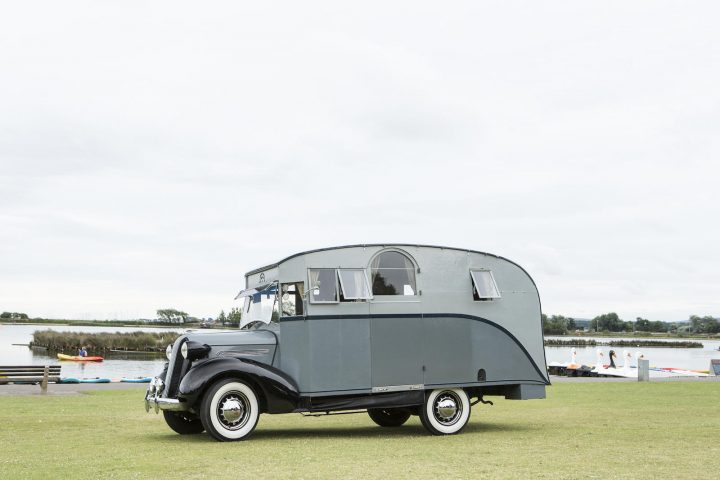 In 1946 he died, leaving everything to his widow. Apparently, the van had been placed in storage in 1940, raised on blocks and with the spark plugs removed and oil tipped into the cylinder bores. Every few months Mrs Dunn would turn the engine over on the starting handle, a practice she repeated right up to her death in 1991. This explained why the engine had started so readily, despite the Pontiac being off the road for some 50 years. 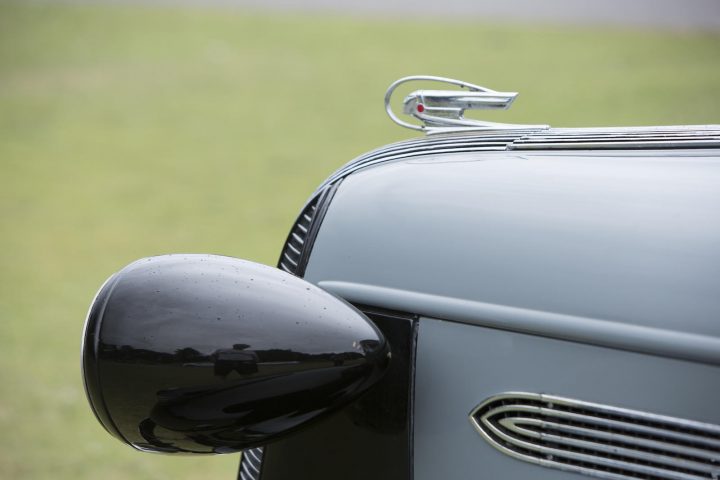 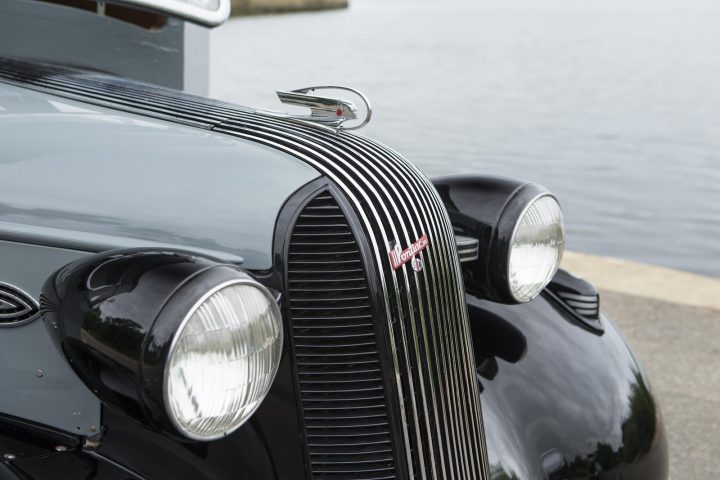 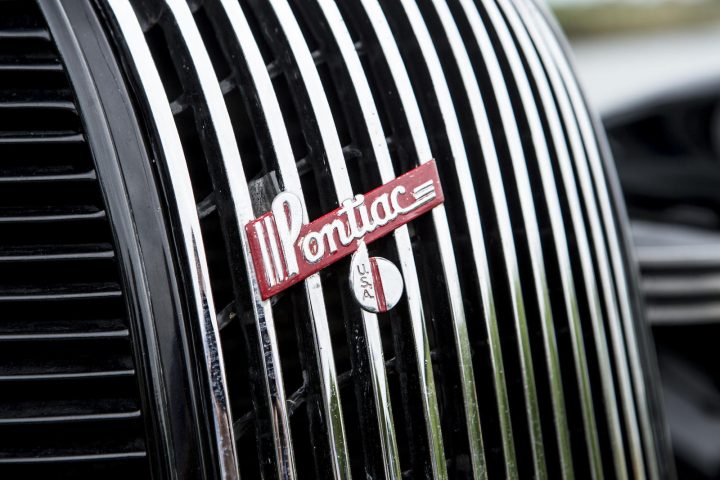 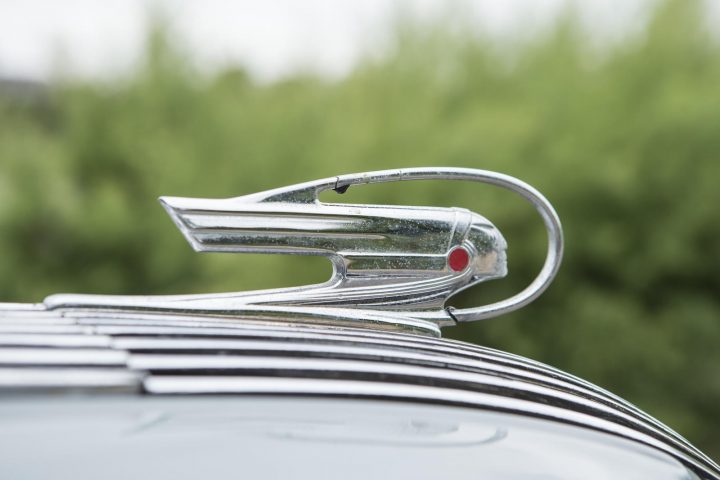 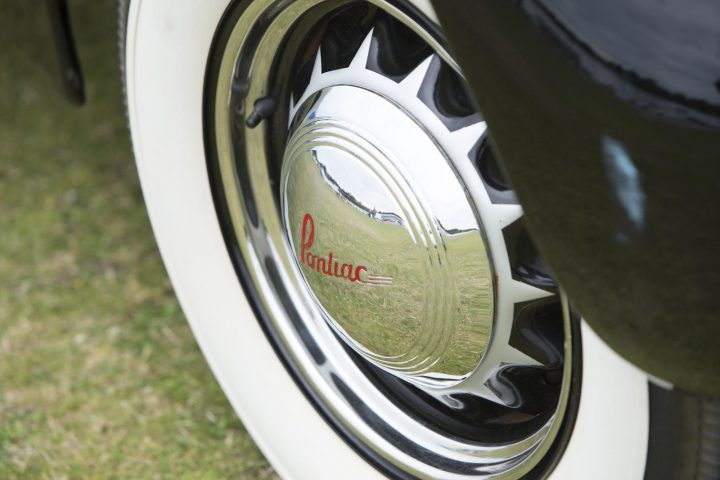 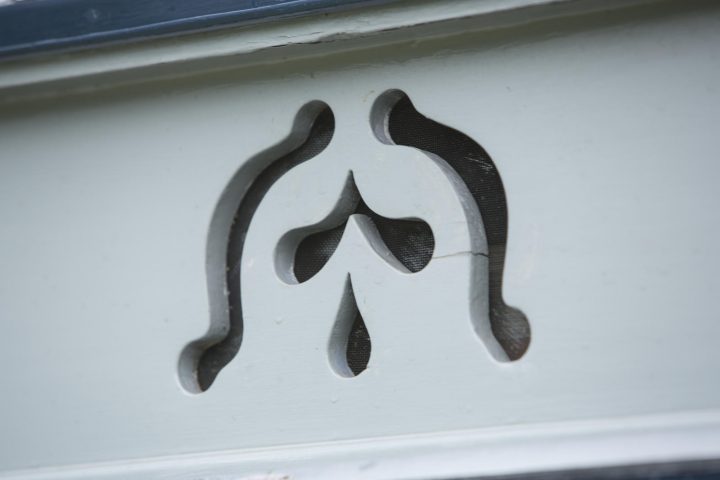 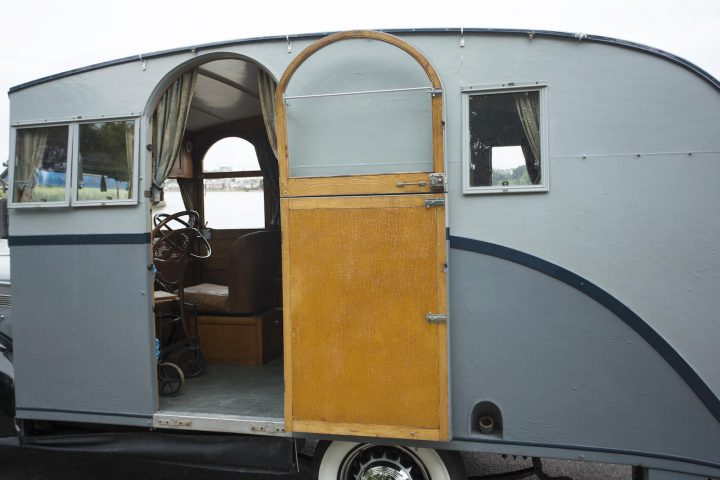 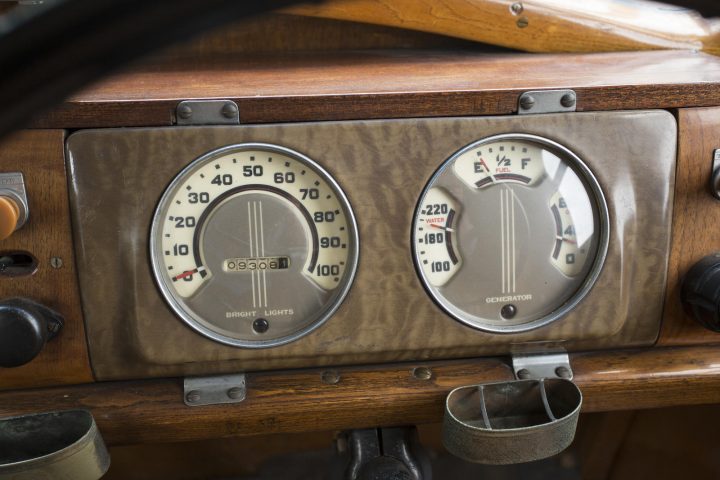 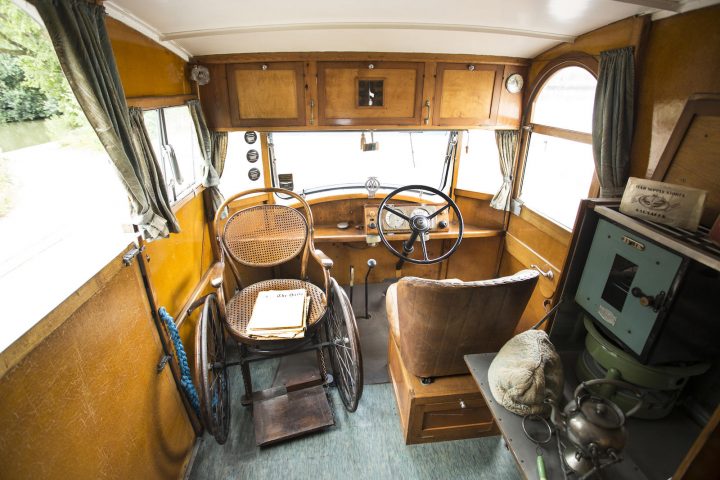 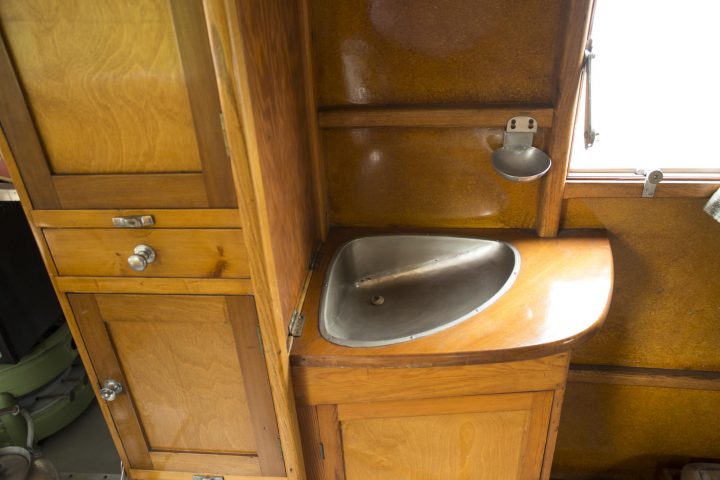 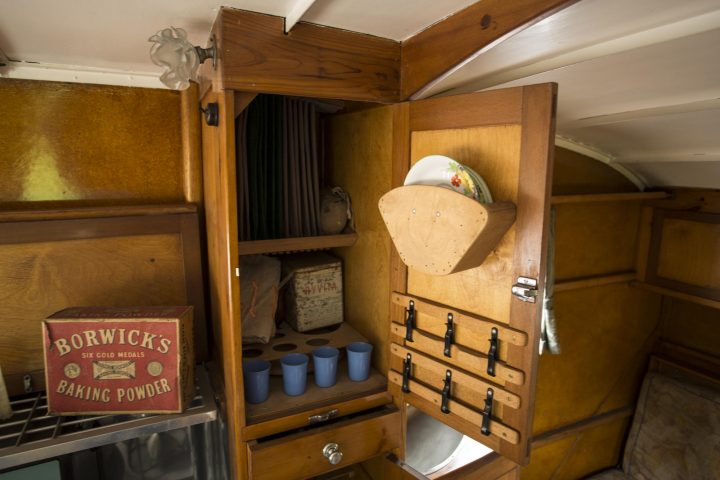 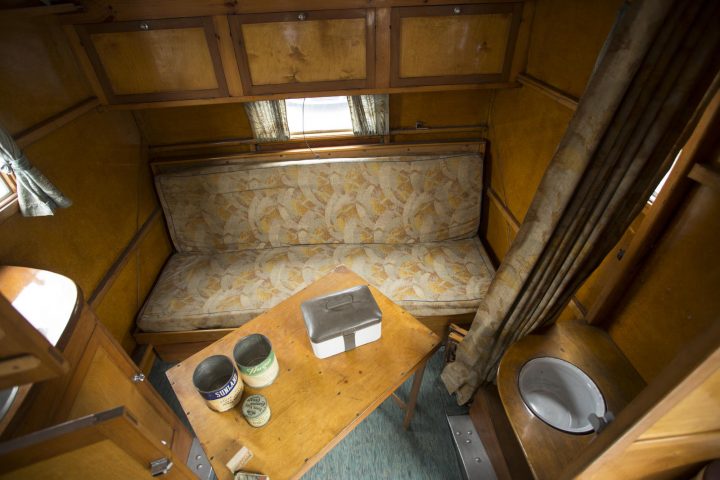 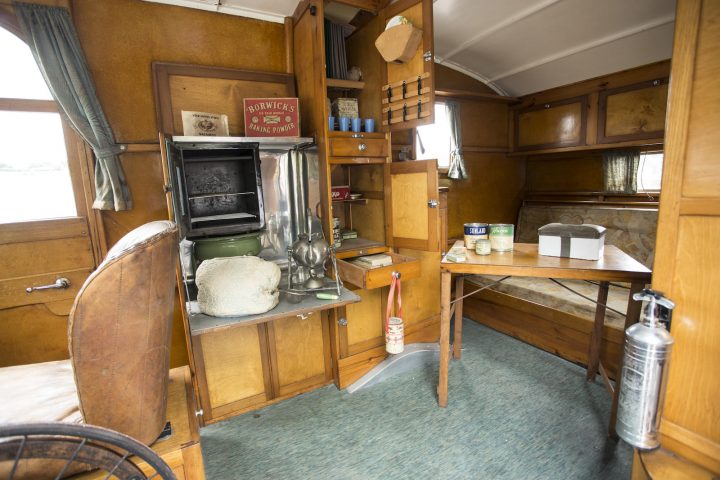 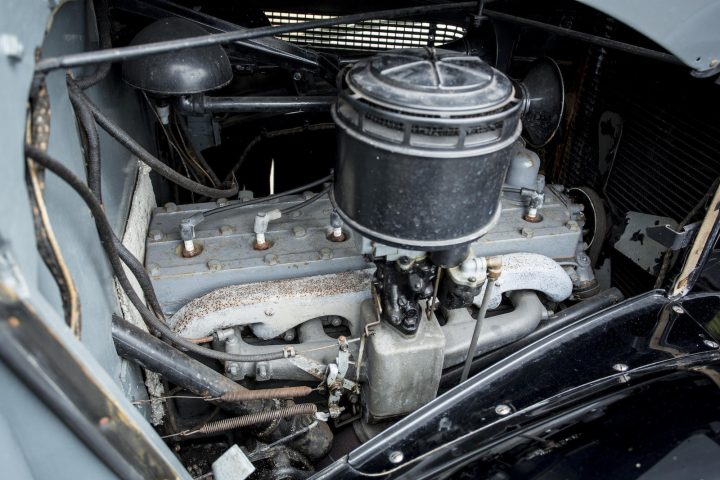 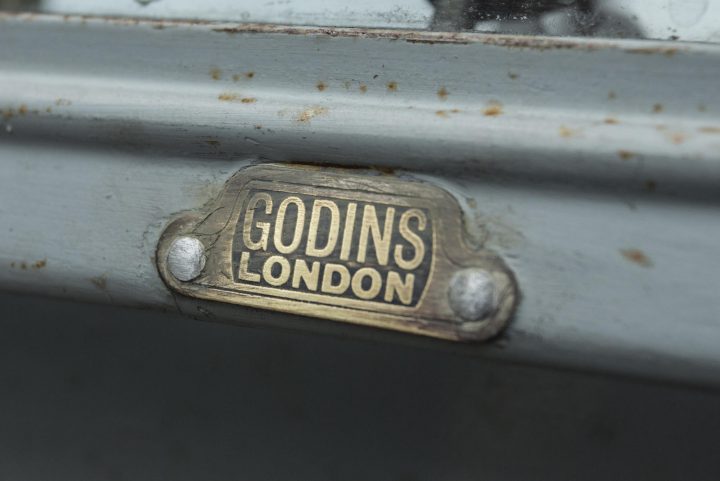 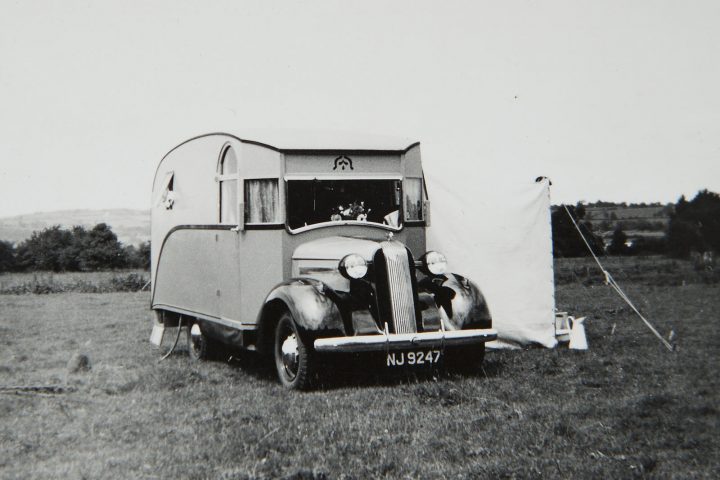