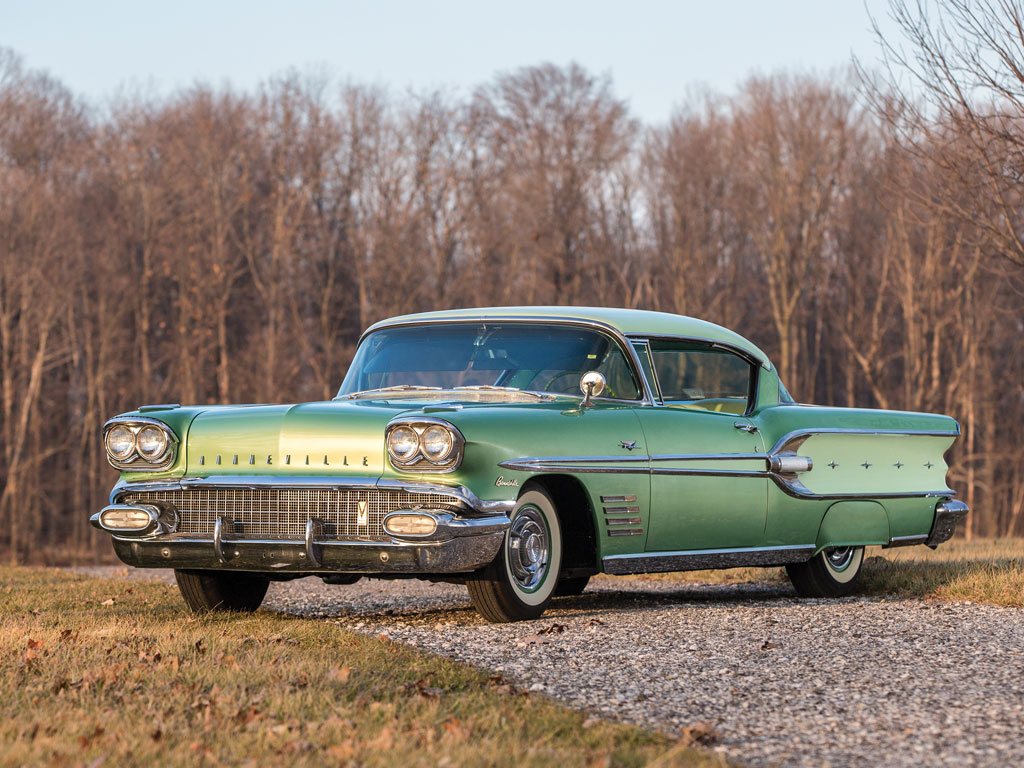 Your father might have driven an Oldsmobile, but the Pontiac probably belonged to your grandfather. All of that changed in the 1950s, when Pontiac truly became a performance marque. At the end of the 1954 model year, Pontiac retired both its six- and straight-eight-cylinder engines. For 1955, all cars had V-8 overhead-valve powerplants that shared some heritage with the small block Chevy. In mid-year, a $35 Power Pack option added a four-barrel Rochester carburetor, which pushed horsepower to 200 on Hydra-Matic cars.

For 1956, the engine was enlarged to 317 cubic inches and a dual four-barrel carburetor option developed a hefty 285 brake horsepower. Only about 200 cars were so-equipped. The 1957 model year brought another increase in displacement, this time to 347 cubic inches. A special Bonneville Convertible that used Rochester fuel injection was released in the Star Chief line. This engine was rated at 315 brake horsepower, and just 630 were built. It was, however, not the most powerful 1957 Pontiac. In December 1956, a NASCAR Tri-Power option with three 2-barrel carburetors was introduced.

In an uncharacteristic move, General Motors introduced new bodies and chassis for all 1958 cars. In this shuffle, Pontiac made the Bonneville a separate series, one that was comprised of just a convertible and a hardtop coupe. The standard engine was a 285-brake horsepower four-barrel V-8, but fuel injection and Tri-Power were still available. Very few injected cars were built, largely because the system had yet to be perfected. Performance enthusiasts generally opted for Tri-Power instead, which included three Rochester two-barrel carbs, 10.5:1 compression, and a high-lift camshaft.