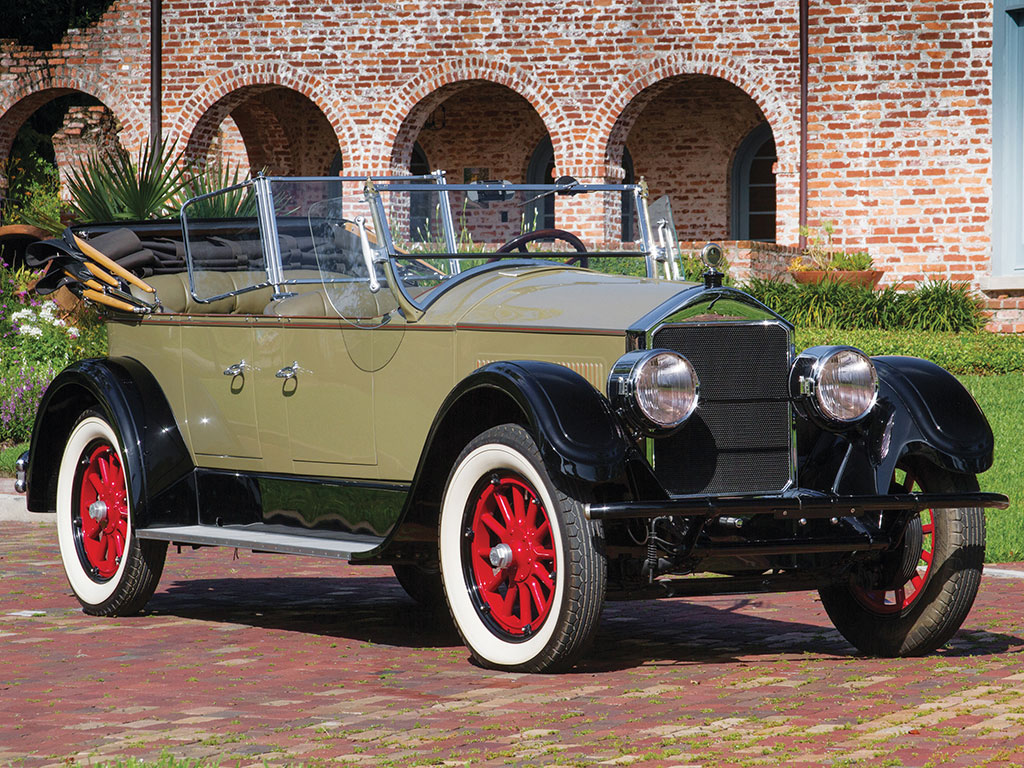 For more than three decades, the Pierce-Arrow Motor Car Company, of Buffalo, New York, was among the most respected and renowned automakers in America. It may be hard to believe for some that the company responsible for producing the grandest of luxury cars began by building bird cages! Starting in household products, the company turned to bicycles and then to automobiles shortly after the turn of the 20th century. Pierce-Arrow had the distinction of being the first automobiles to be used by the White House, during the William Howard Taft administration in 1909. 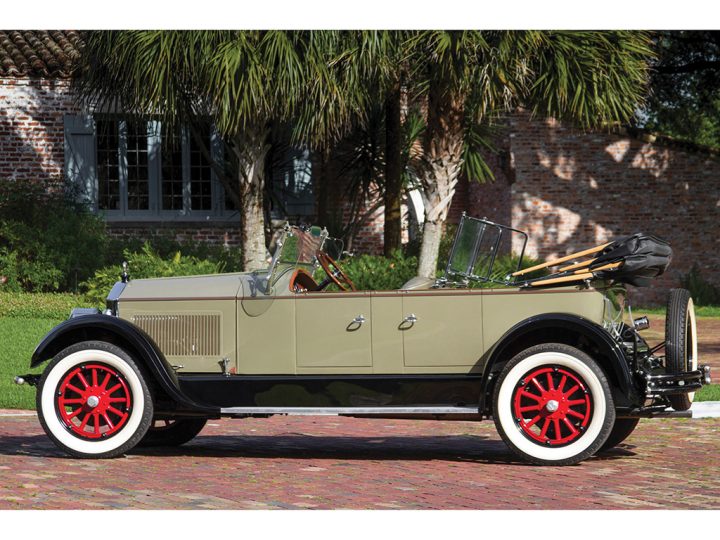 The company pioneered power braking and was associated with some remarkable early experiments in light alloy construction, streamlining, and power steering. Pierce-Arrow installed the first hydraulic tappets. Of course, on the aesthetic side, there was the famous, patented Pierce-Arrow headlight-in-fender treatment, which remained until the end of production. Pierce-Arrow refused to compromise on its luxury product, and it struggled on until it, unfortunately, closed its doors in 1938. 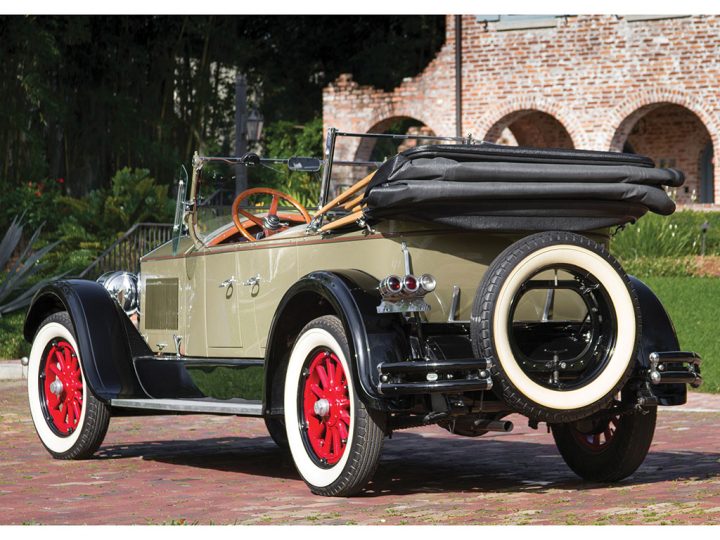 A smaller Pierce-Arrow, the Series 80, was first introduced in October 1924. It was built for the owner-driver, as well as for those who preferred to be chauffeur-driven. It was meant to appeal to those who wanted a Pierce, but who found the Series 33’s size and cost impractical. It remained every bit a Pierce-Arrow, with window moldings of Honduras mahogany, silk window curtains, bodies of hand-hammered aluminum over frames of ash hardwood, and fenders fabricated from cold-pressed drawn steel. The Series 80 was further distinguished by its squared rear quarter roofline and windows. 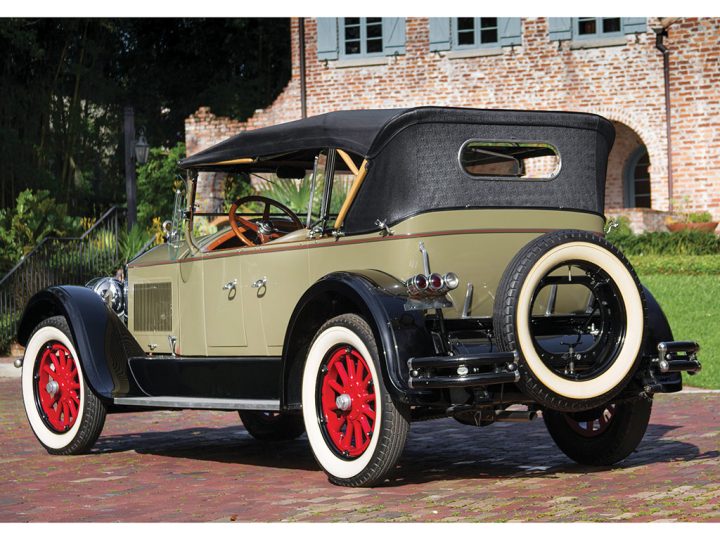 Power was supplied by a compact 288.5 cid L-head six-cylinder engine that produced 70 horsepower. An aluminum alloy crankcase and camshaft with seven main bearings were typical fashion for Pierce Arrow. Four-wheel mechanical brakes, an adaptation to those used on the Italian Isotta-Fraschini, were employed. The rear compartment is complete with a footrest, as well as his/her accommodations: the gentleman to the right with a cigar lighter and the lady to the left with a handkerchief holder. 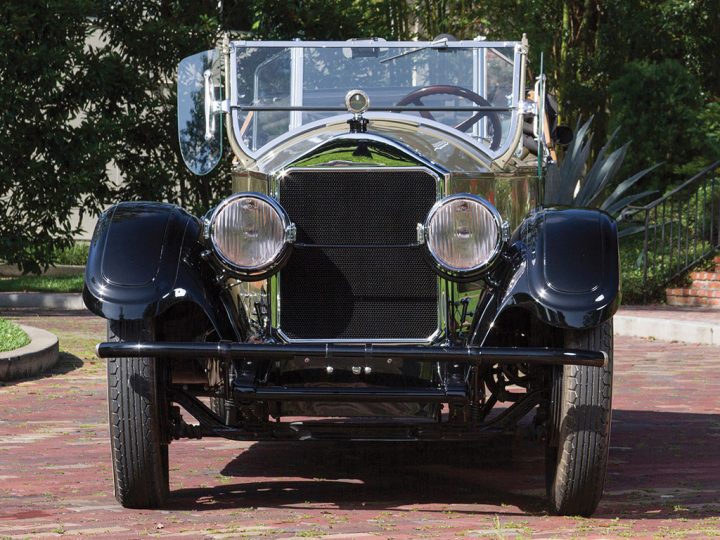 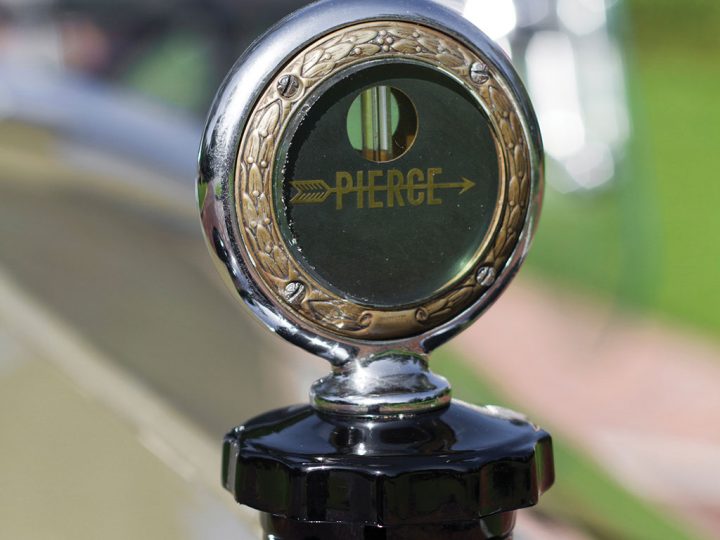 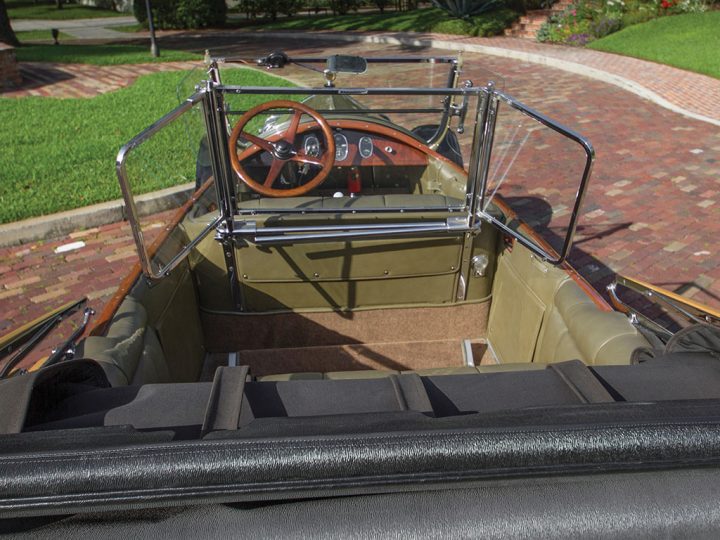 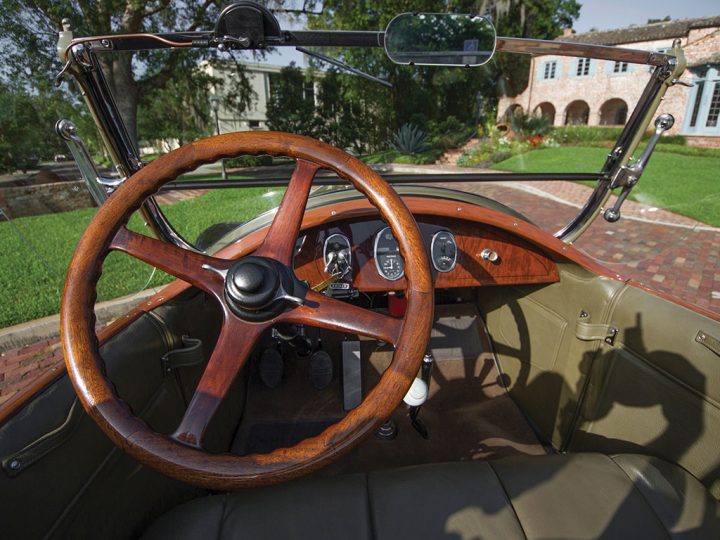 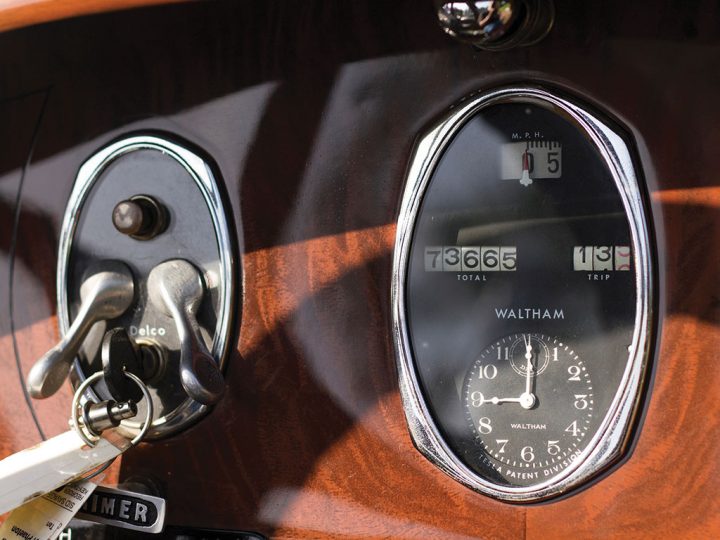 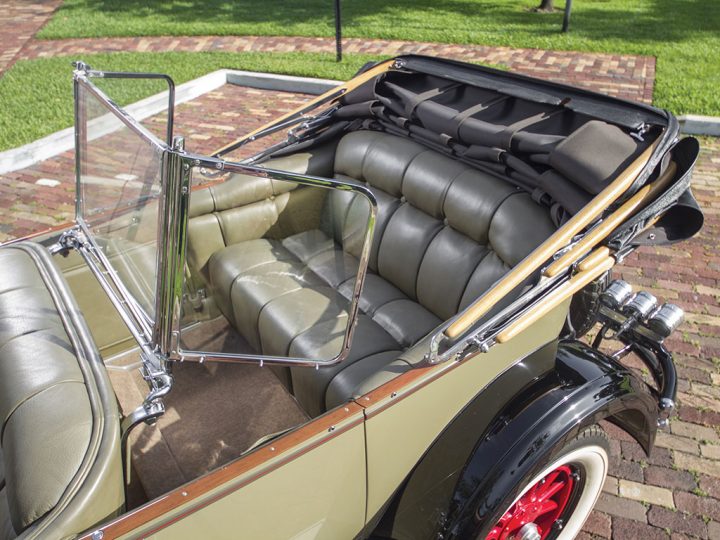 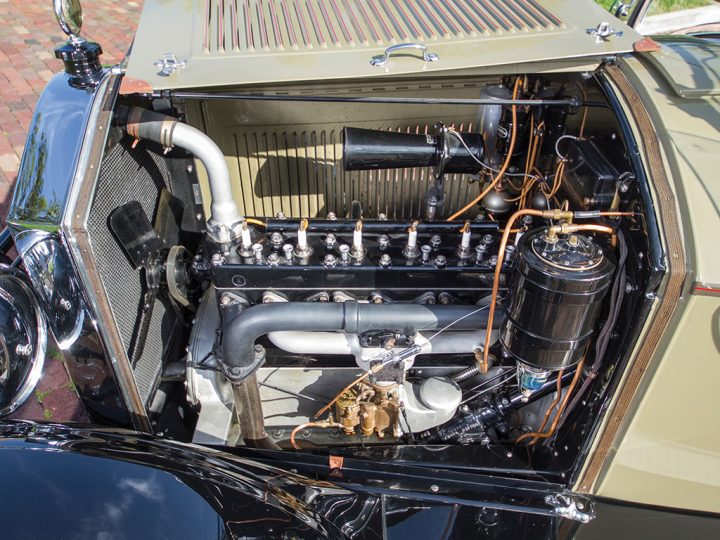 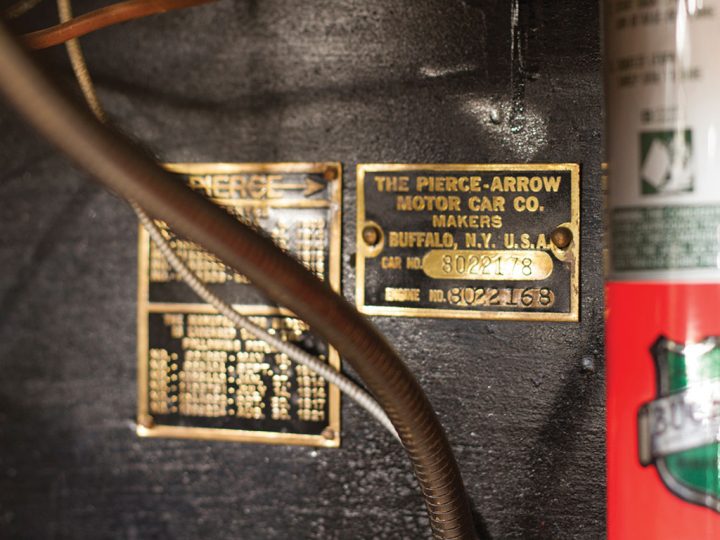