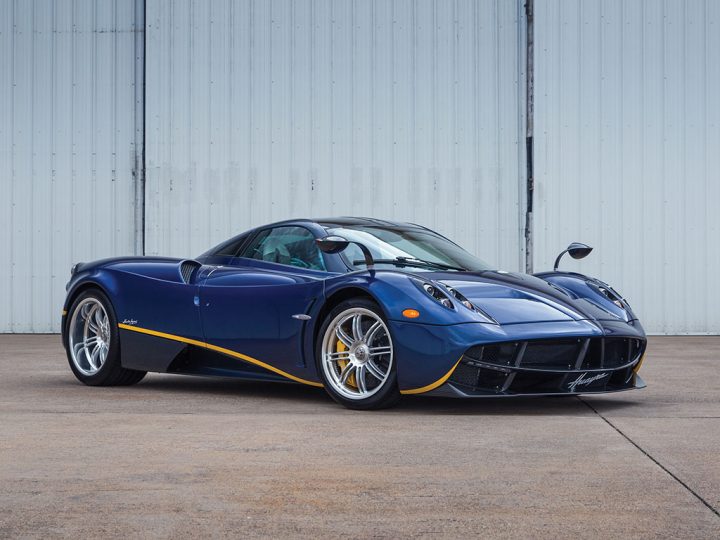 Unveiling their first car at the 1999 Geneva Motor Show, Pagani Automobili was set to fight an uphill battle in the automotive industry for recognition, publicity, and, most of all, success. Taking it to the supercar establishment, Horacio Pagani set out to build his own supercar in Ferrari’s backyard in Modena. Thanks to a fruitful career at Lamborghini, Pagani had the experience needed to succeed, and their first production model, the Zonda, quickly proved to be quite successful in Europe.

However, the Zonda was not available in North America, and thus, Pagani was missing out on a massive market share. This was especially true in the United States, where potential customers were clamoring for a supercar that stood out from the standard offerings from the likes of Ferrari, Lamborghini, and McLaren. In order to bring their company to the next level and grow their business, the next Pagani needed to be road-legal in the United States. 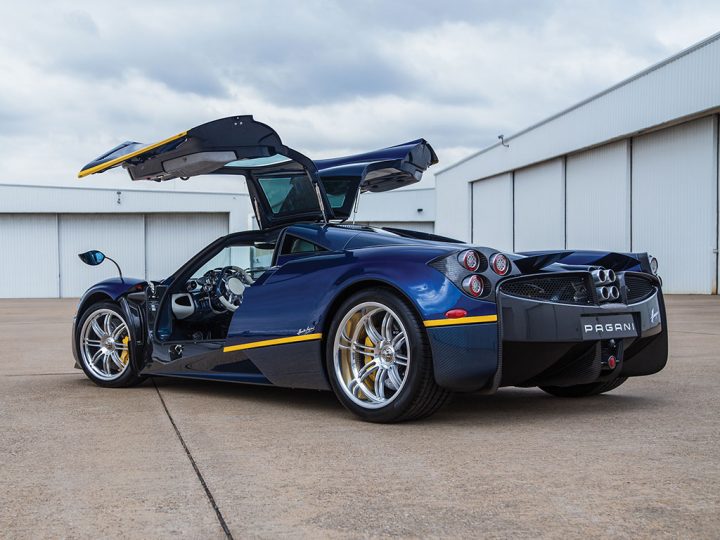 Pagani’s next project was first conceived in 2003, mid-way through the production run of the Zonda. With the Zonda having been first designed in the early 1990s, it was thought that the platform was reaching obsolescence and that an entirely new car would be needed to compete with the next generation of supercars. However, Pagani wanted to retain the overall spirit and essence of what had come to define his marque with the new Huayra. Inspiration came from Leonardo da Vinci, who believed that art and science needed to be in sync to create a masterpiece. 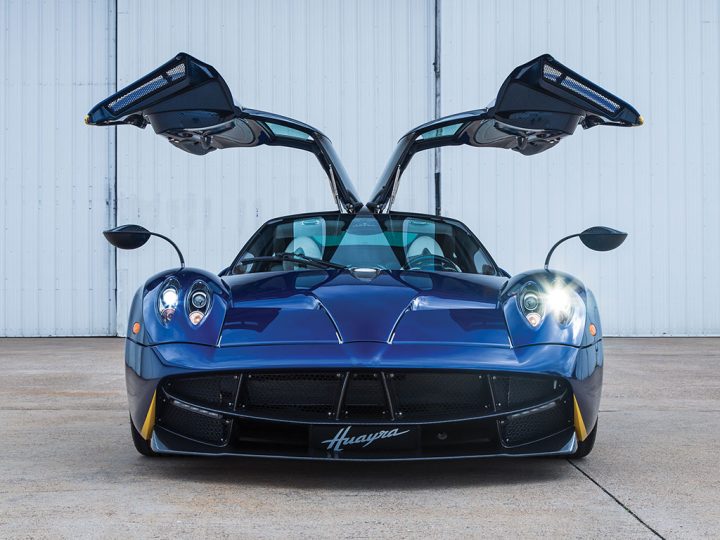 Similar to the Zonda, the Huayra’s engine was sourced from Mercedes-Benz; unlike the Zonda, Pagani chose to utilize turbochargers. Capable of producing 720 brake horsepower and an incredible 1,000 Newton-meters of torque, the resulting performance is simply phenomenal. To help keep the Huayra firmly planted on the road, it utilizes active aerodynamics in the form of four independently operating flaps placed on each corner of the car. Controlled by the car’s computer, these flaps can instantly adjust to reduce drag, offer additional downforce, or rein in body roll depending on the car’s speed, lateral acceleration, steering angle, and throttle position. These monumental engineering efforts bring the Huayra incredible performance, including a top speed of 238 mph and a 0–60 mph sprint of 3.0 seconds. 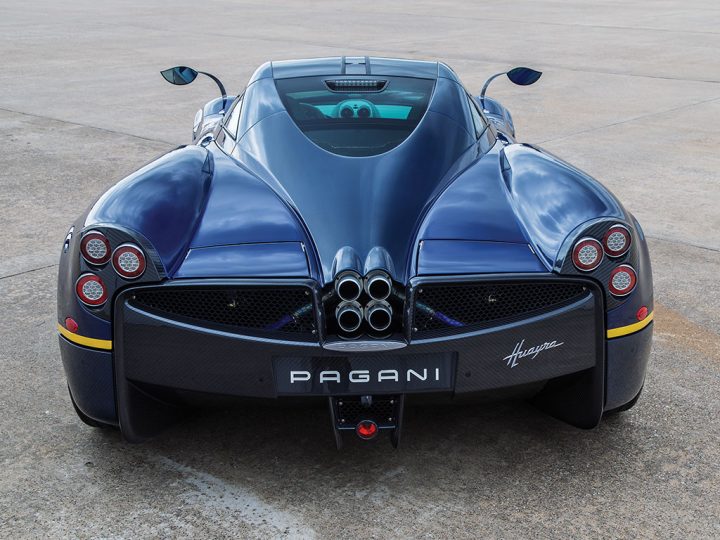 The Huayra’s interior is nothing short of a masterpiece and reflects Pagani’s fanatical attention to detail. Leather of the highest quality, Alcantara, and carbon fiber give the cabin an equally sporty yet luxurious ambiance. Fully customizable by the customer, the Huayra offers all the amenities one would expect in a modern-day supercar with a fit and finish that is second to none. With a list price near $2,000,000 and such incredible performance, the Huayra was truly in rarified automotive atmosphere and is a car that many aspire to but one that few have the privilege to own. Finished in Blue Argentina and matching blue carbon fiber accented with a gold stripe, this particular Huayra is truly breathtaking to behold. The interior beautifully highlights the car’s exterior, utilizing cream leather and Alcantara contrasted with blue carbon fiber. Delivered new to the United States, the car has traveled less than 400 miles from new and remains in showroom-fresh condition throughout. Furthermore, the car was delivered new with the highly desirable seven-piece luggage set, taking advantage of all the available storage space in the Huayra for extended journeys. 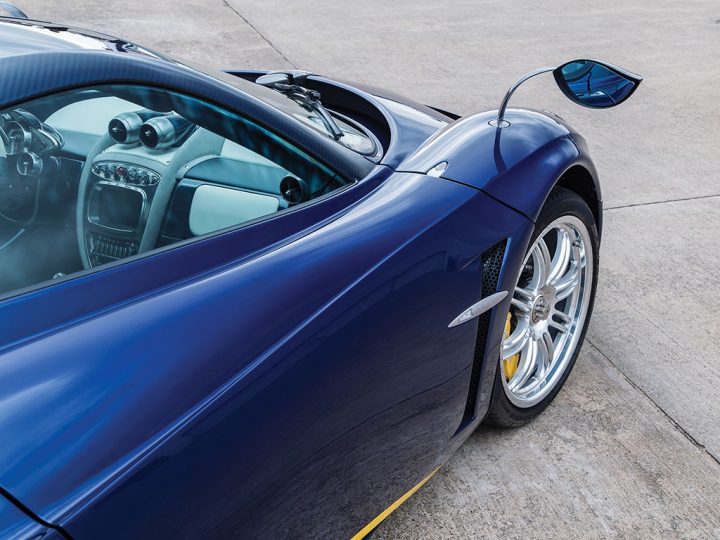 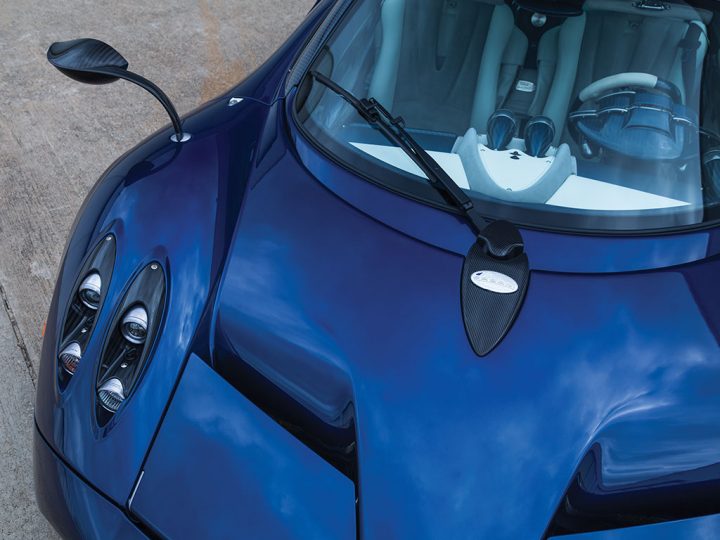 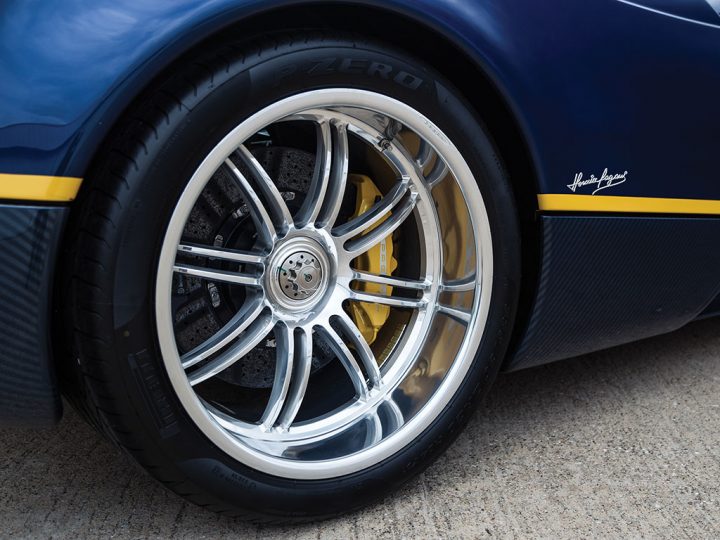 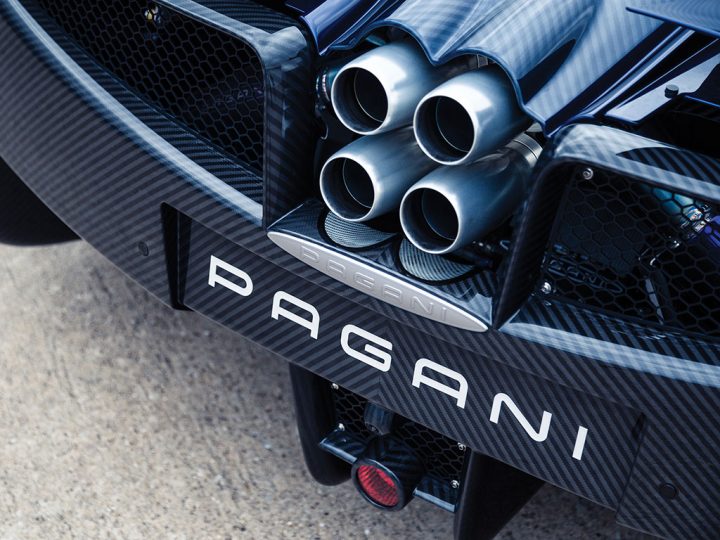 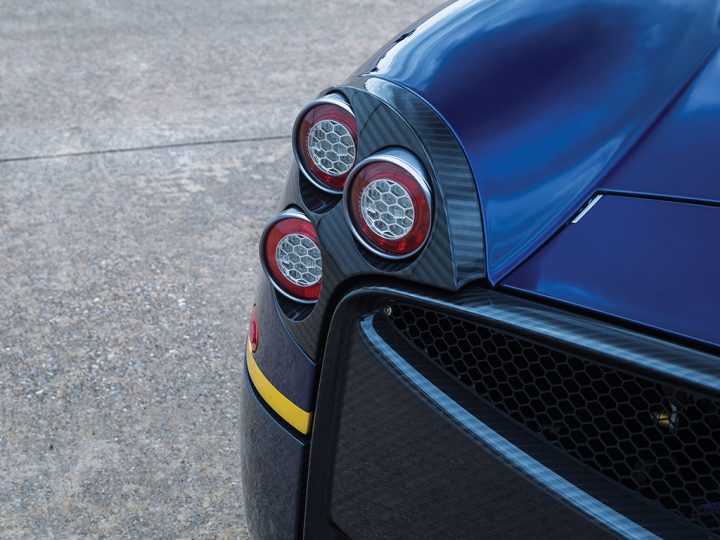 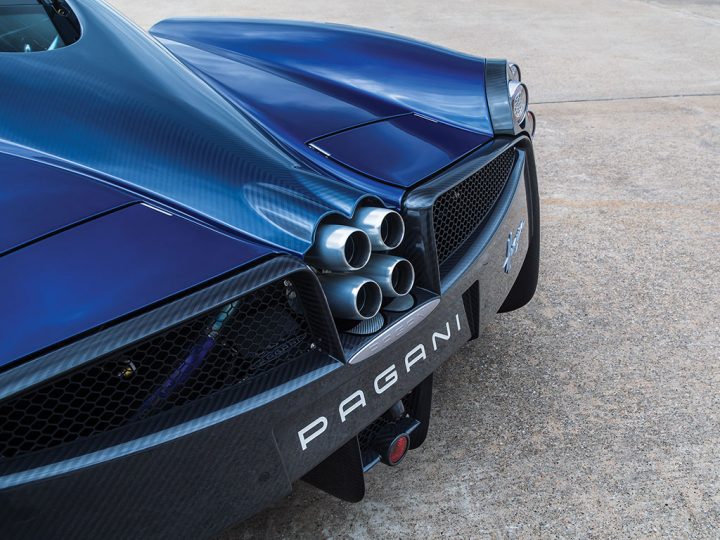 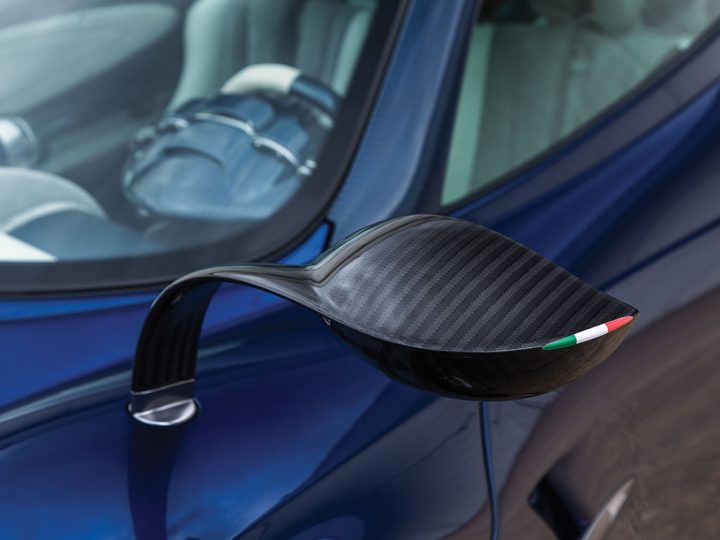 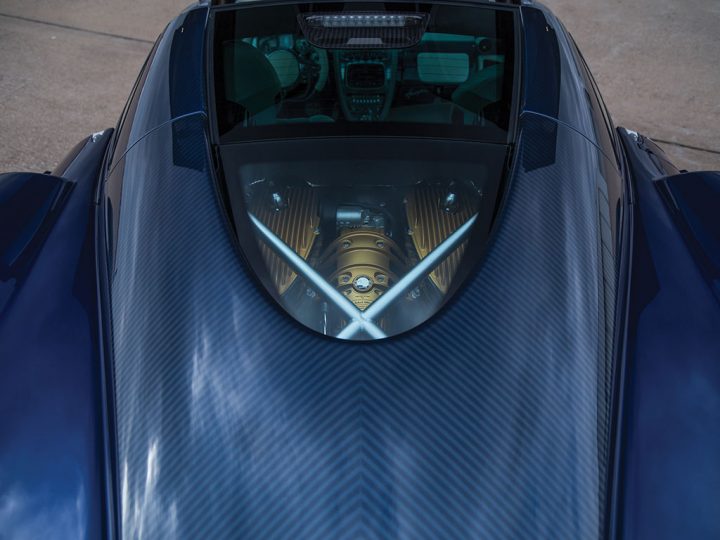 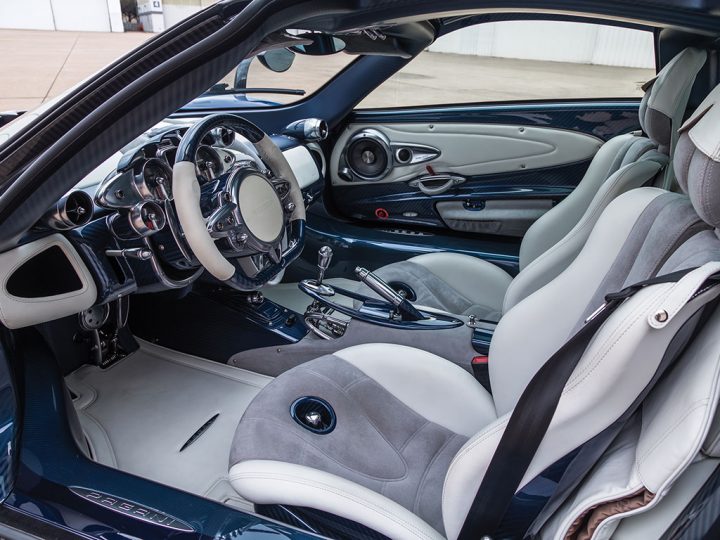 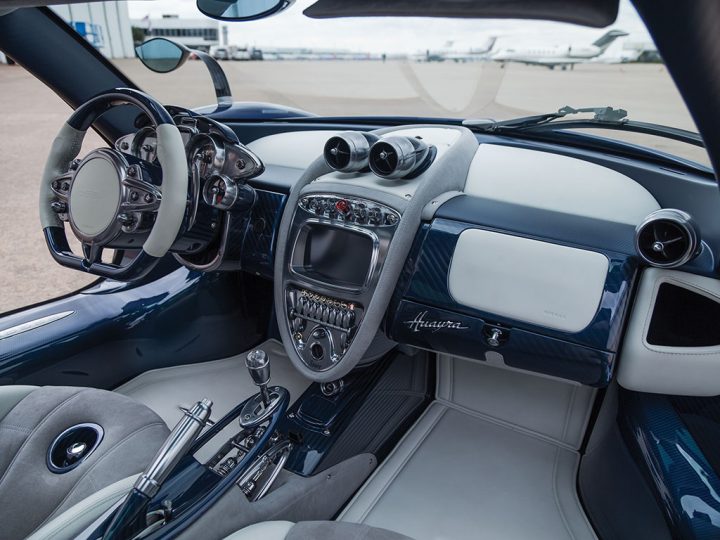 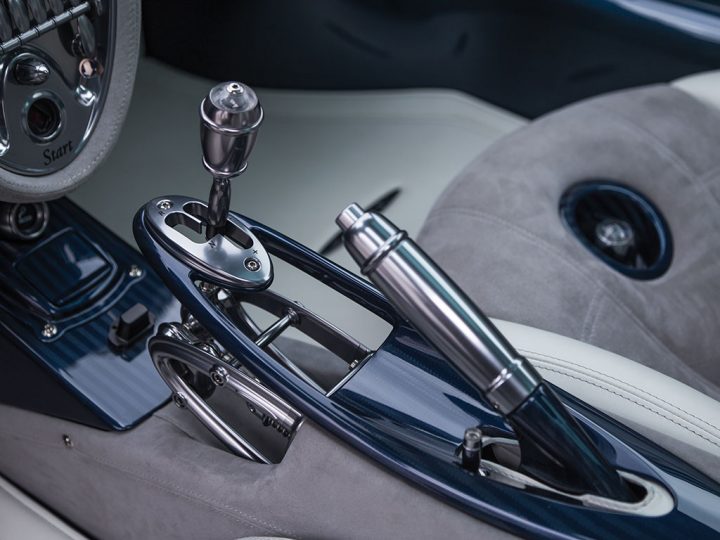 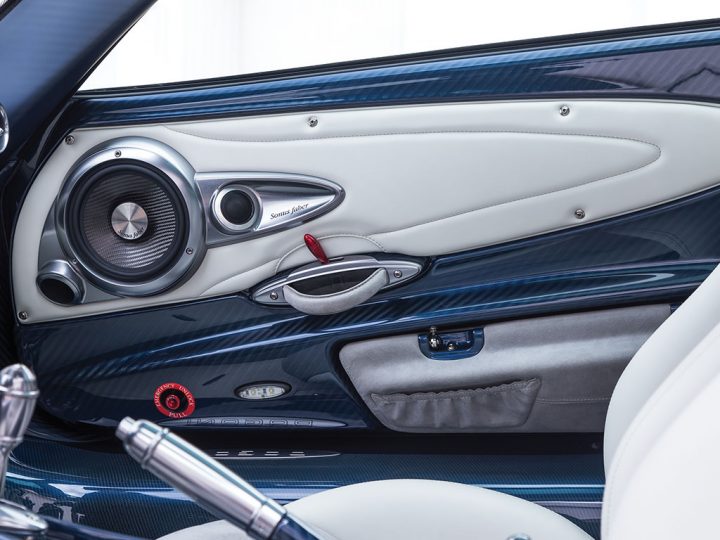 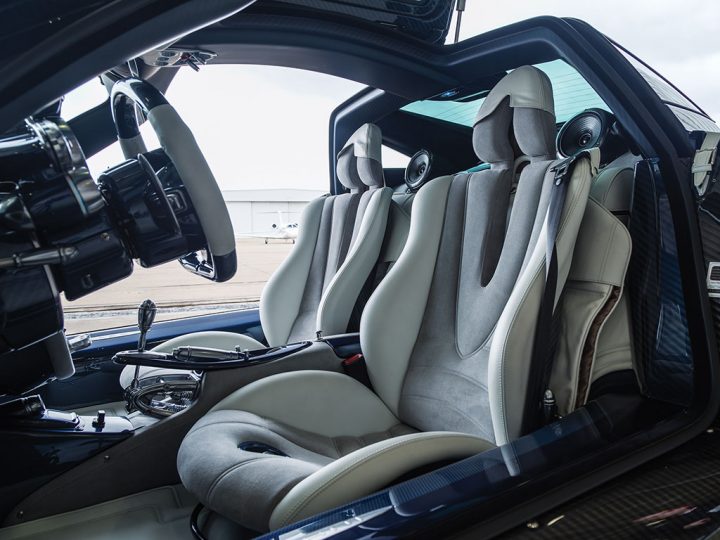 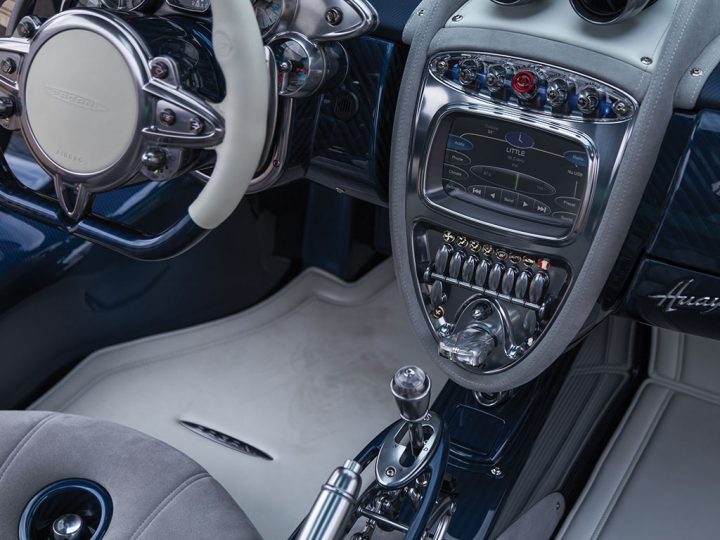 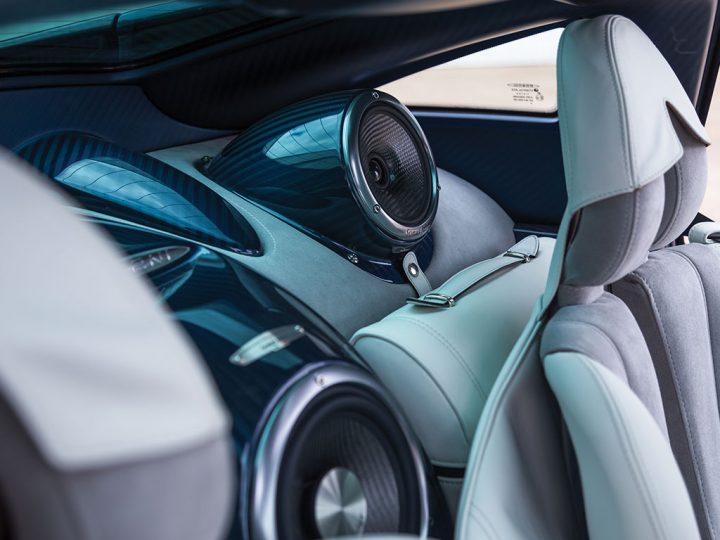 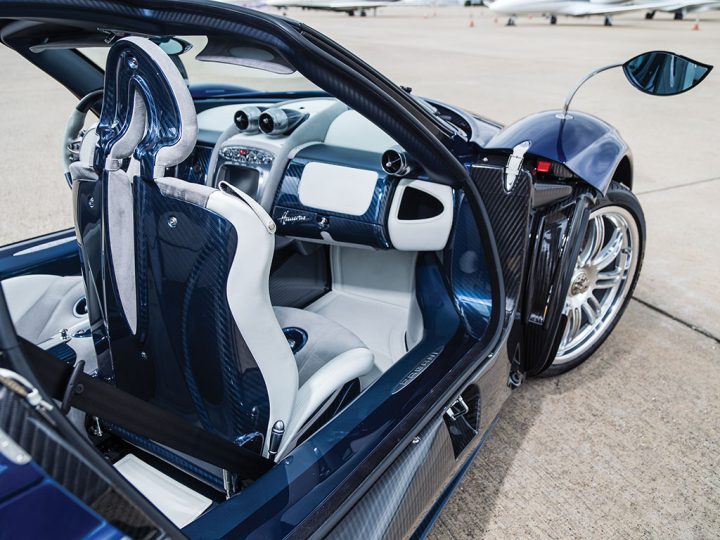 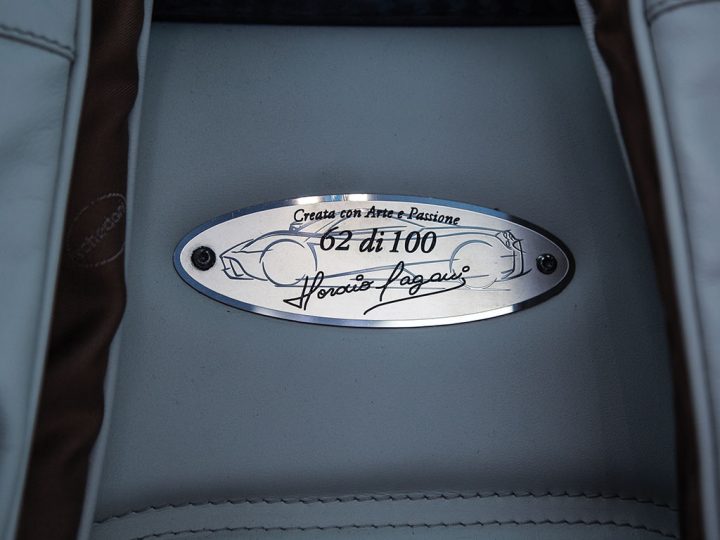 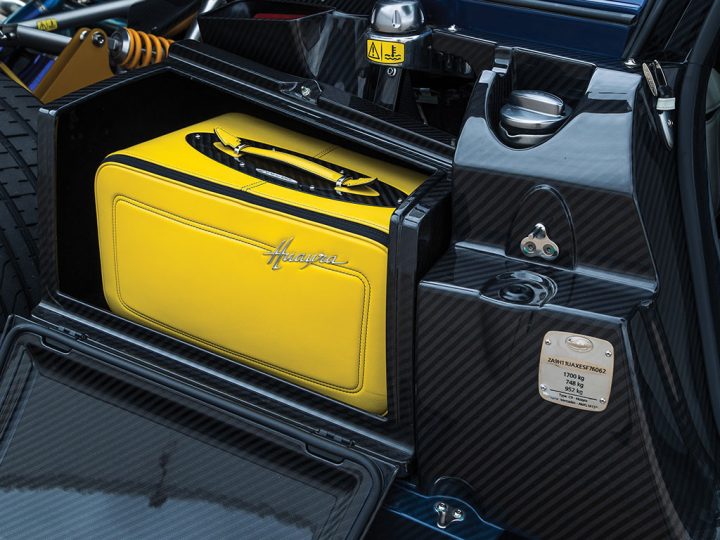 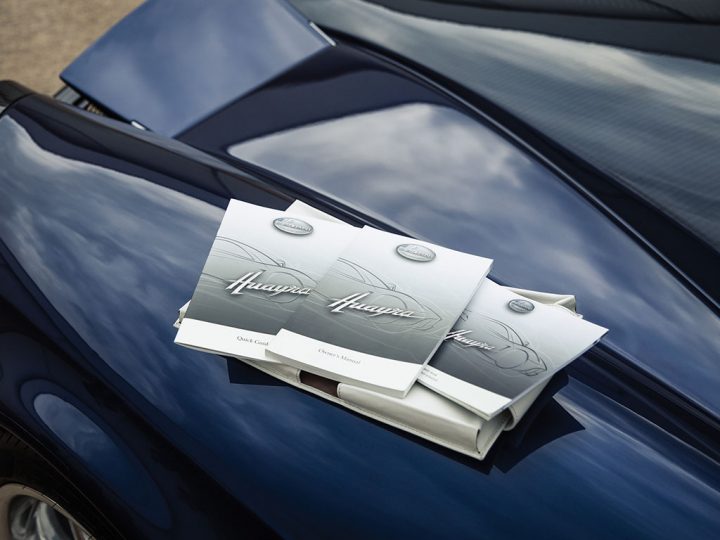 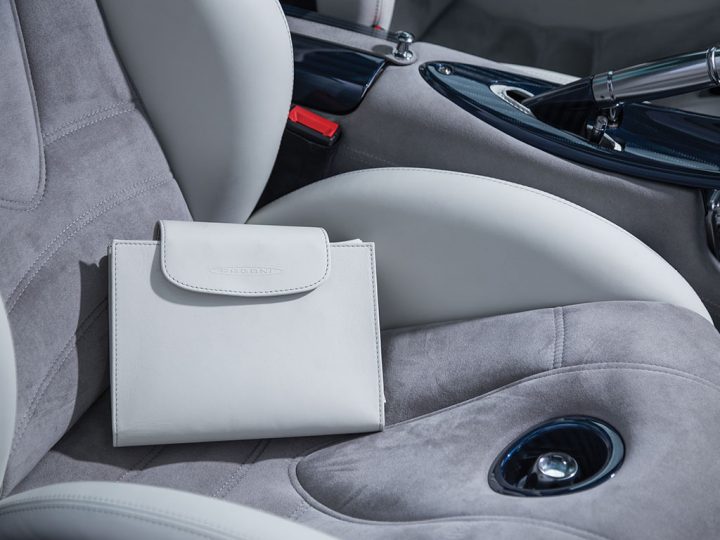 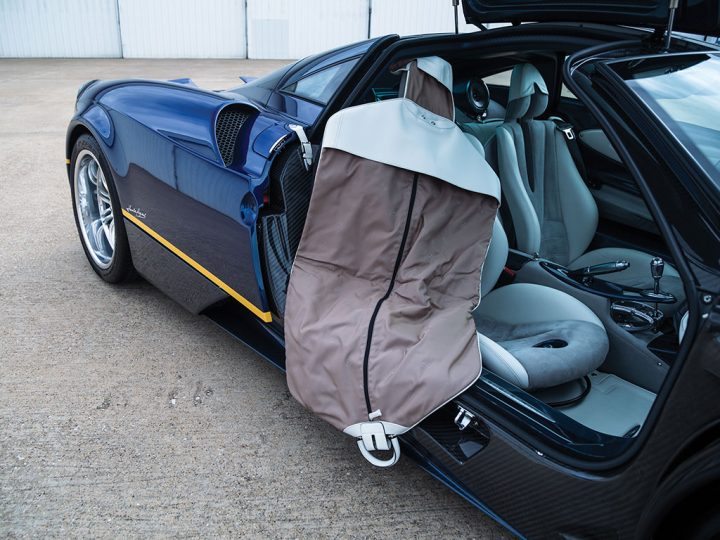 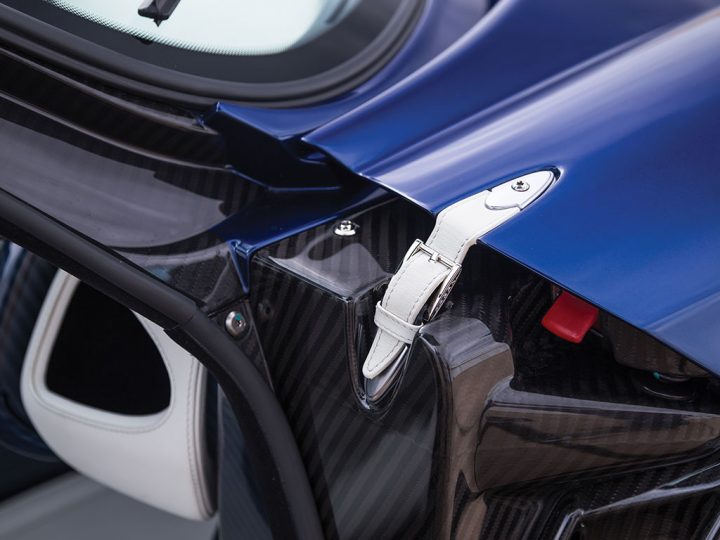 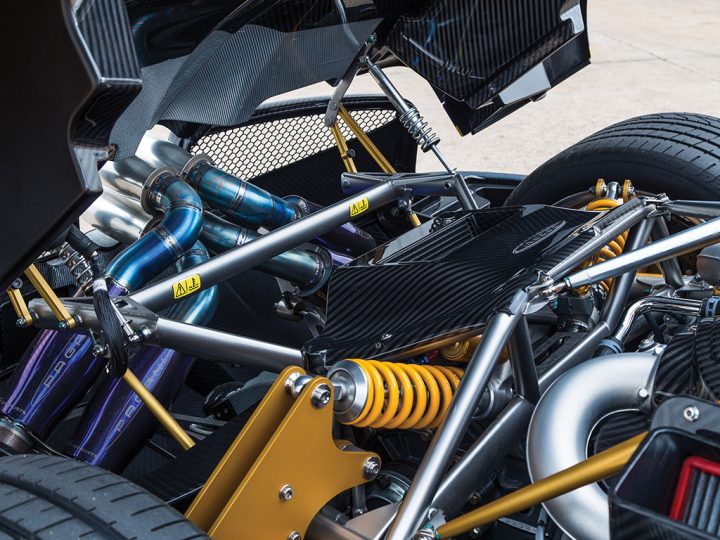 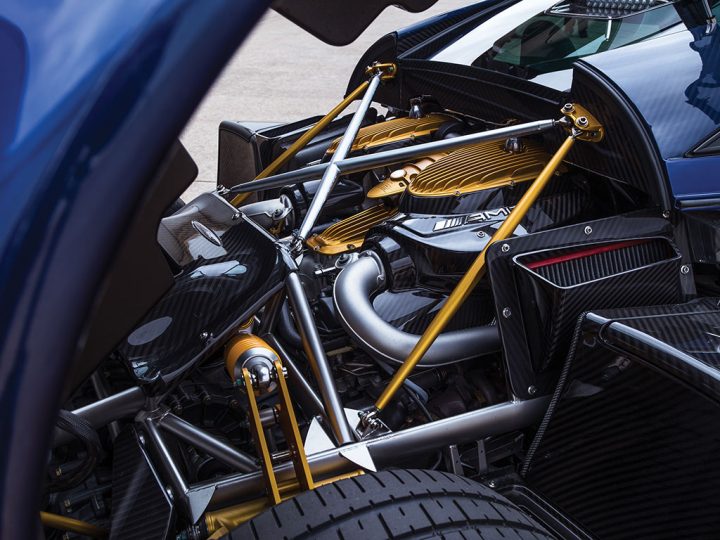