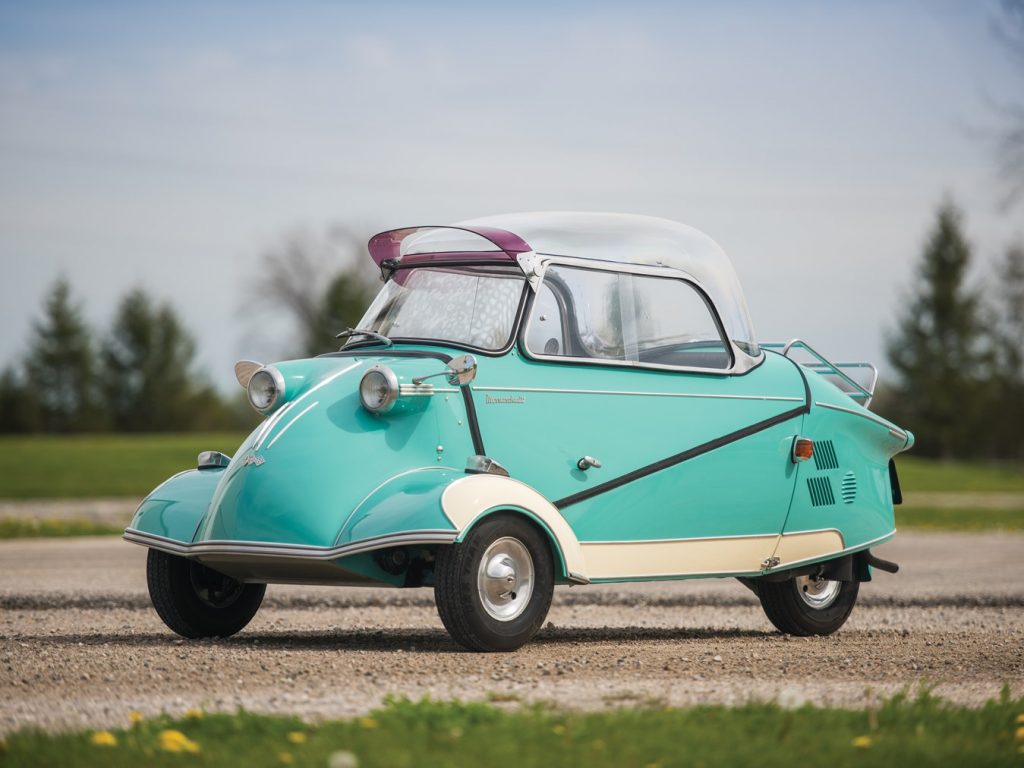 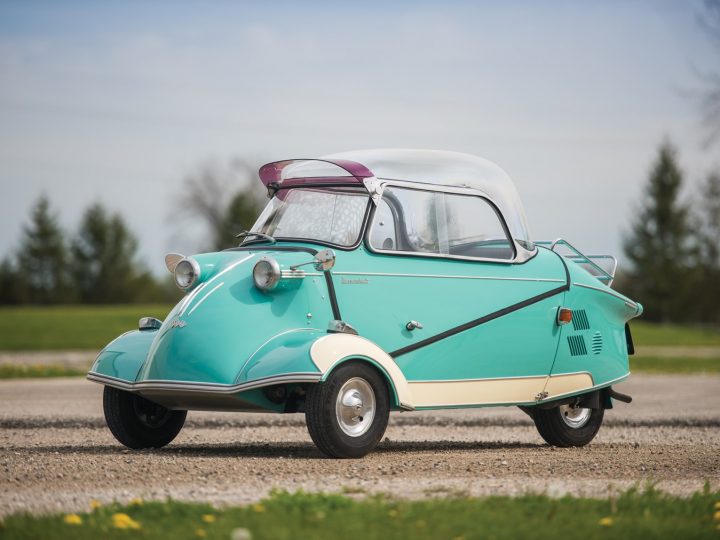 The three-wheeled, single-door “Kabinenroller” (“Cabin Scooter” in English) was produced in two main variants. First came the KR 175 in 1952, instantly recognizable by its aircraft-style bubble canopy. Over the next three years, using the KR 175 as a template, the vehicle was almost totally redesigned, including upgrades such as wheel cutouts in the front fenders and an improved canopy design. Thus, in 1955, the KR 200 was unveiled. 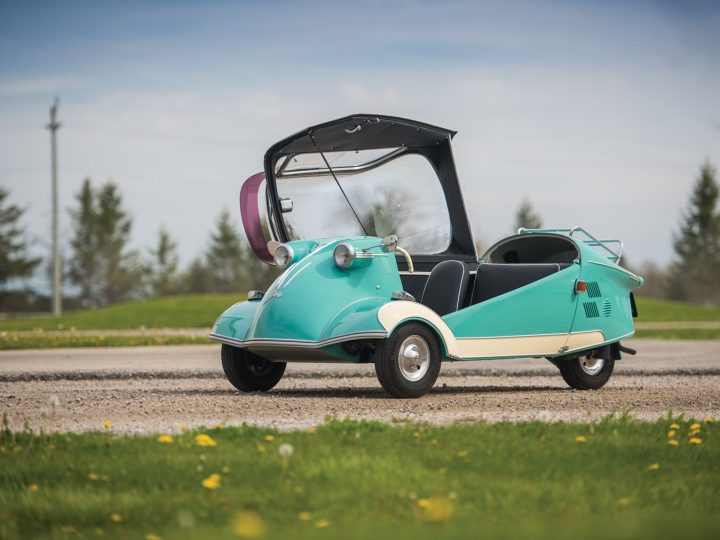 Due to restrictions on fuel and steel consumption in post-war Europe, the KR 200 served as a more economical means of transportation than the “large cars” that were nearly impossible for most Europeans of the time to own. The adorable Messerschmitt, estimated to get over 80 miles per gallon, was received strikingly well by the European population, with close to 12,000 built during its first year—a record-high for Kabinenroller models. 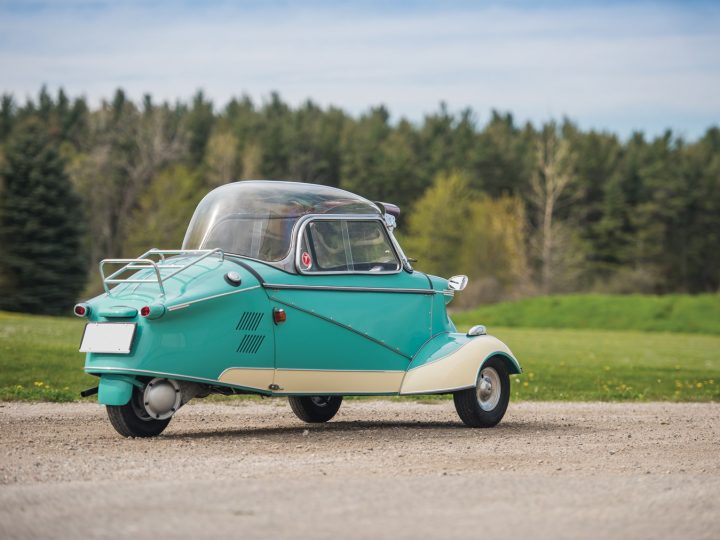 Fend stayed true to his roots when designing the KR 200, incorporating plane-like features such as a “steering bar” that slides side-to-side about a horizontal axis in order to turn the wheels. Its most notable features, however, are its engine and transmission. The Fichtel & Sachs two-stroke, single-cylinder engine is capable of restarting in the opposite direction, allowing the vehicle to reach four speeds when traveling both forward and in reverse, making for an elusive getaway car. 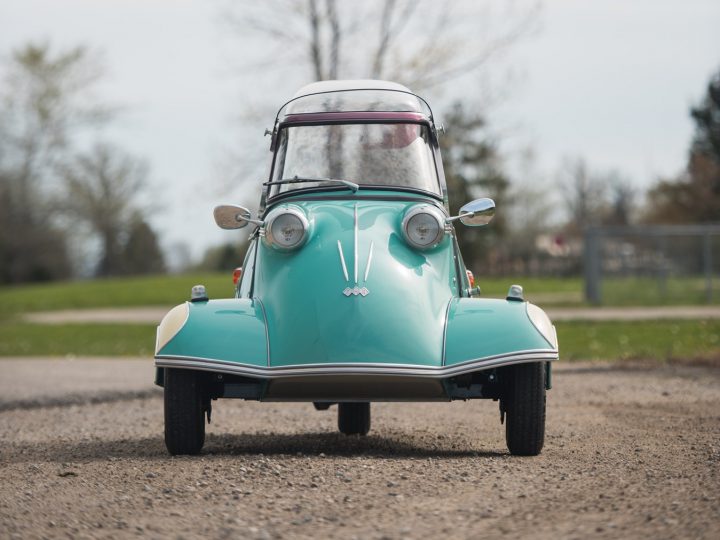 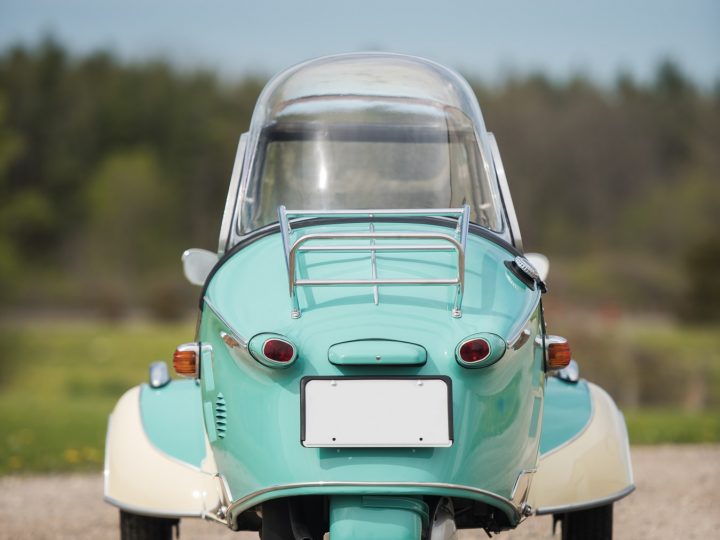 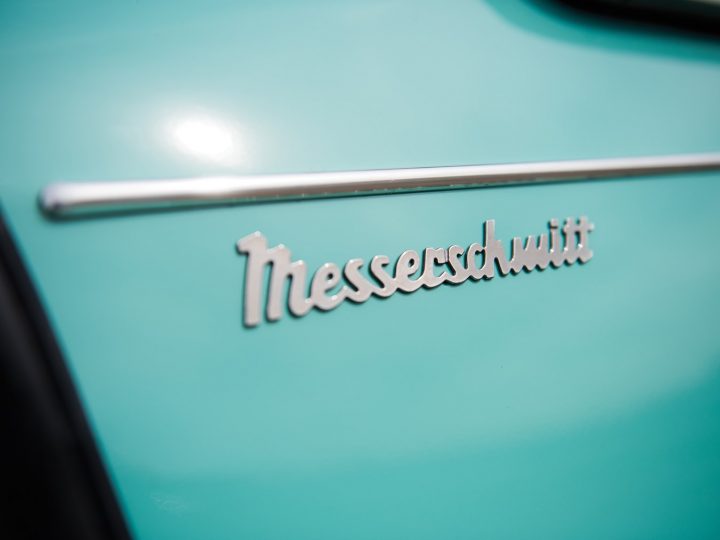 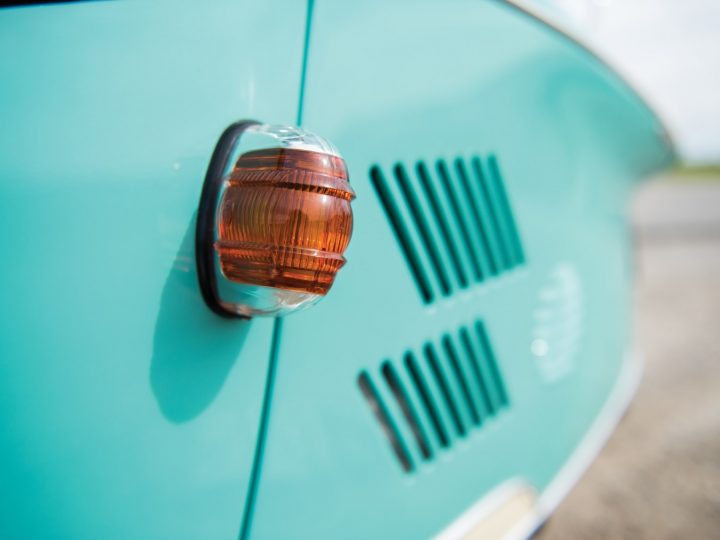 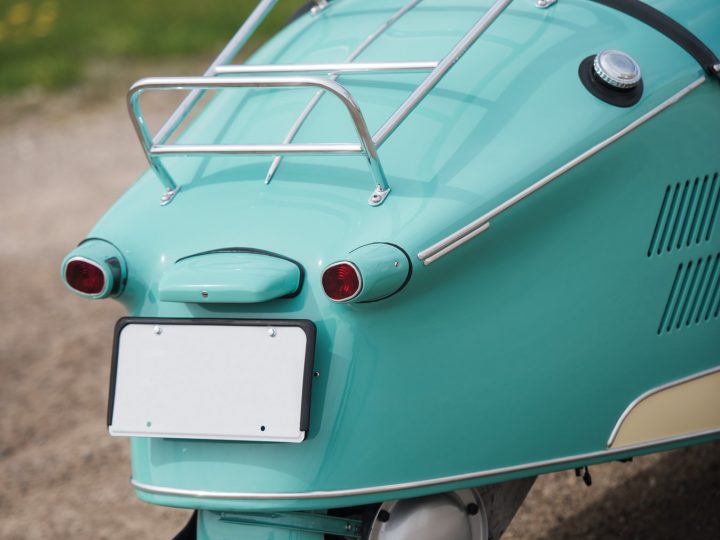 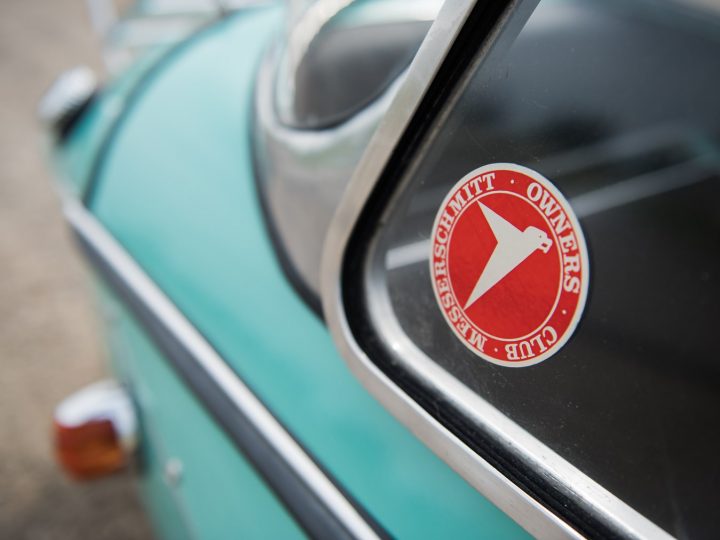 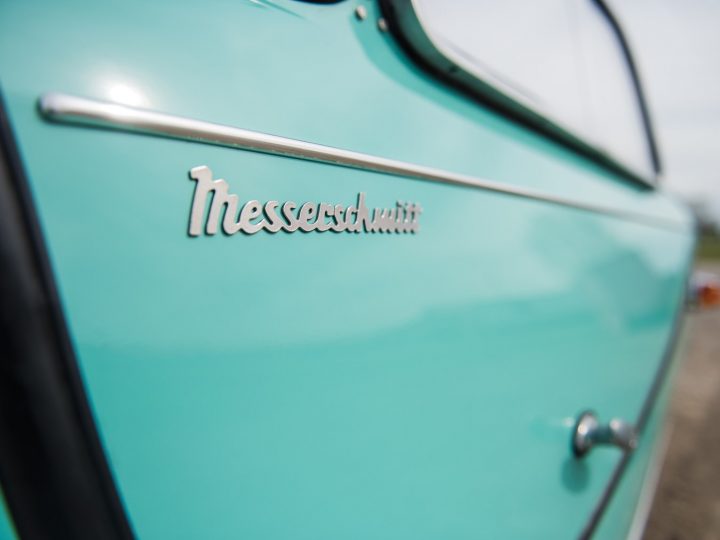 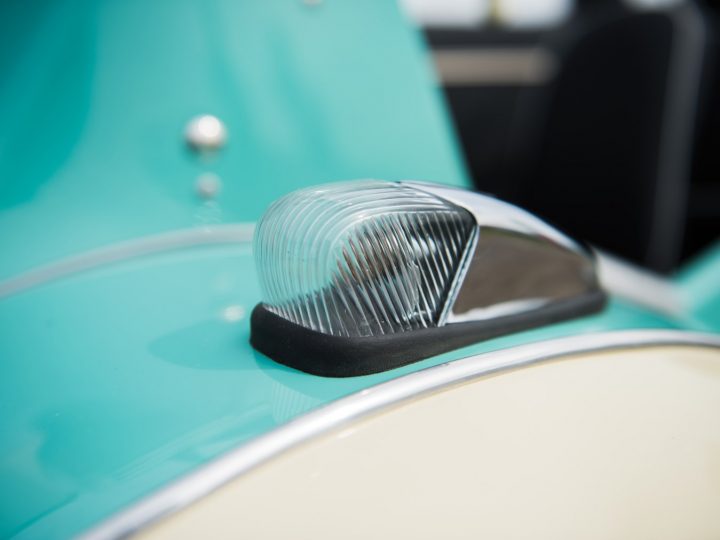 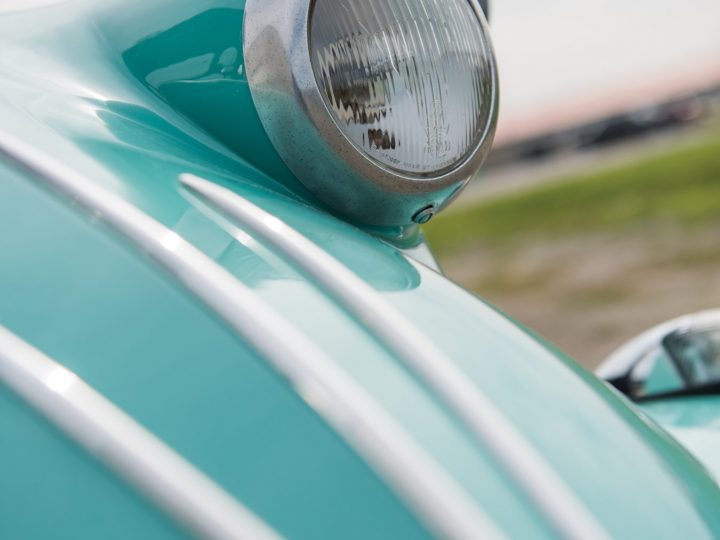 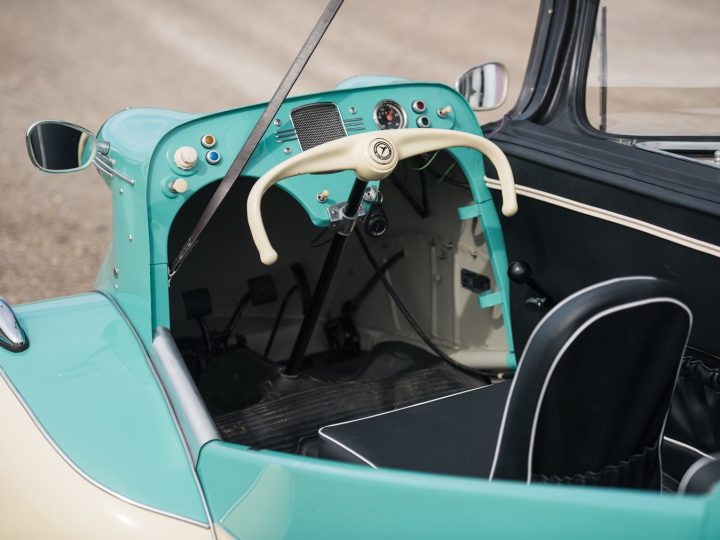 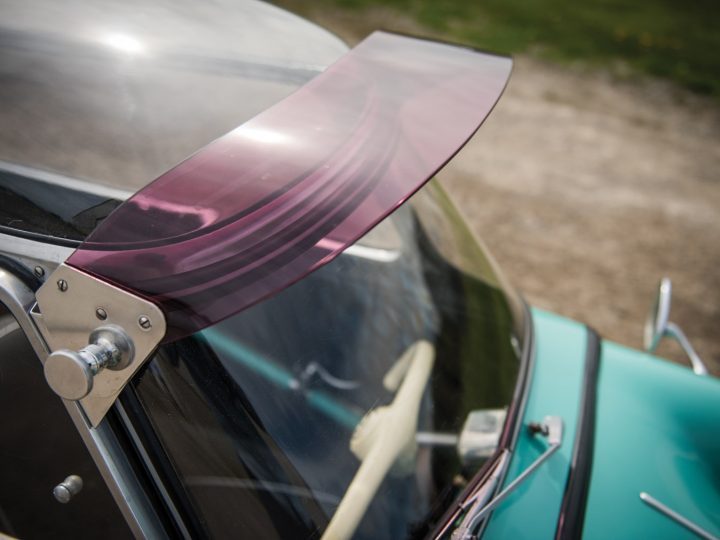 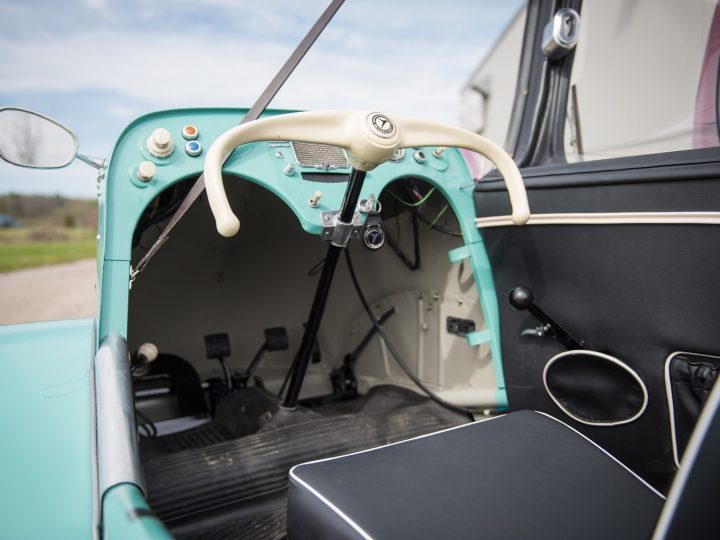 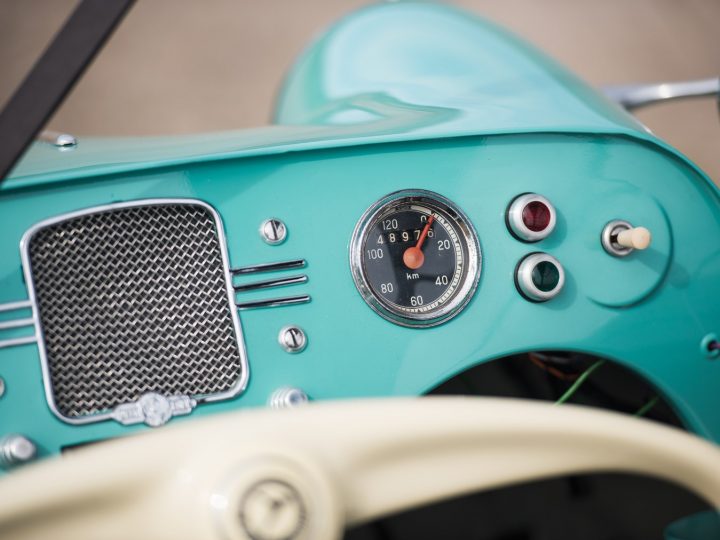 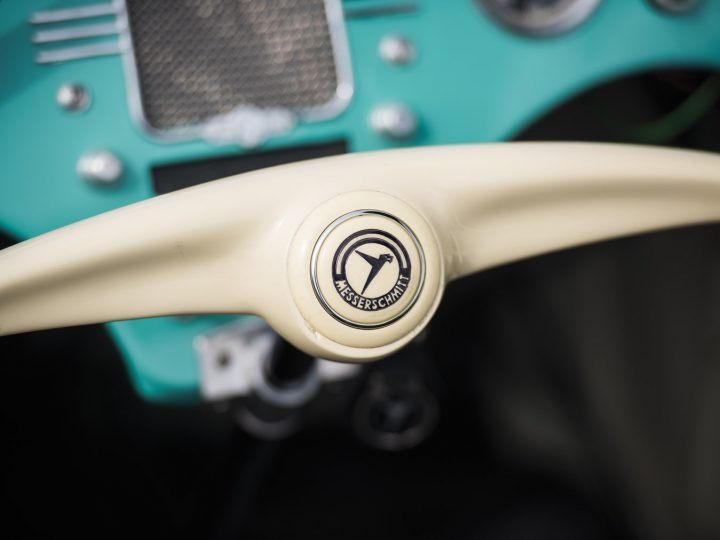 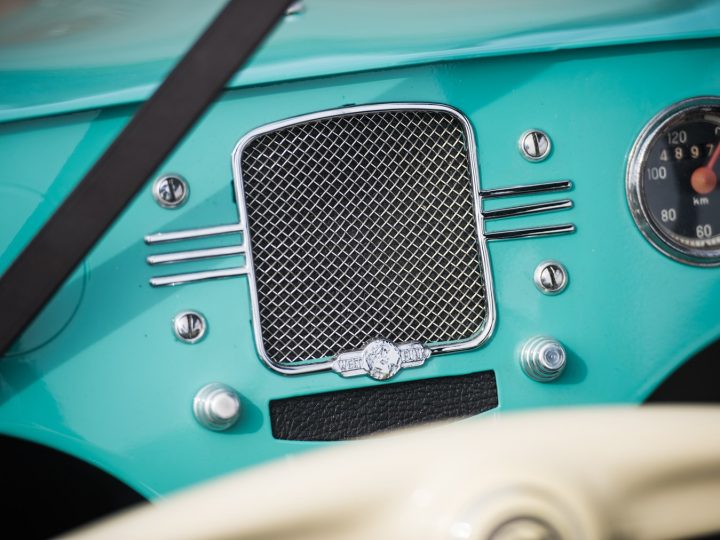 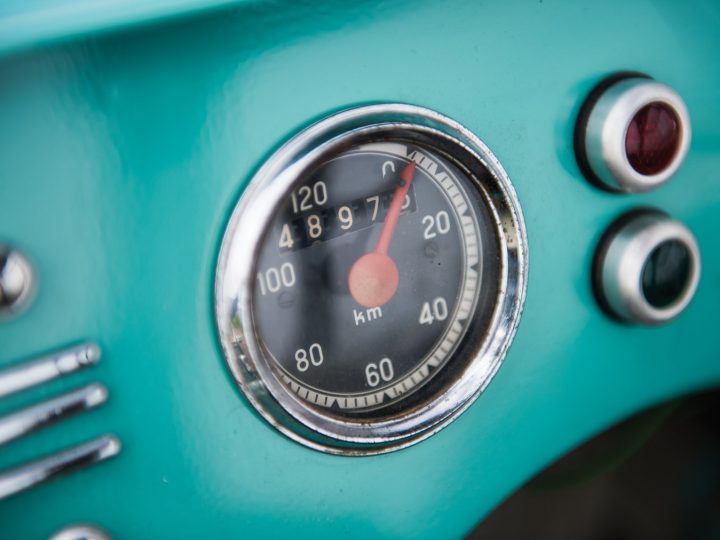 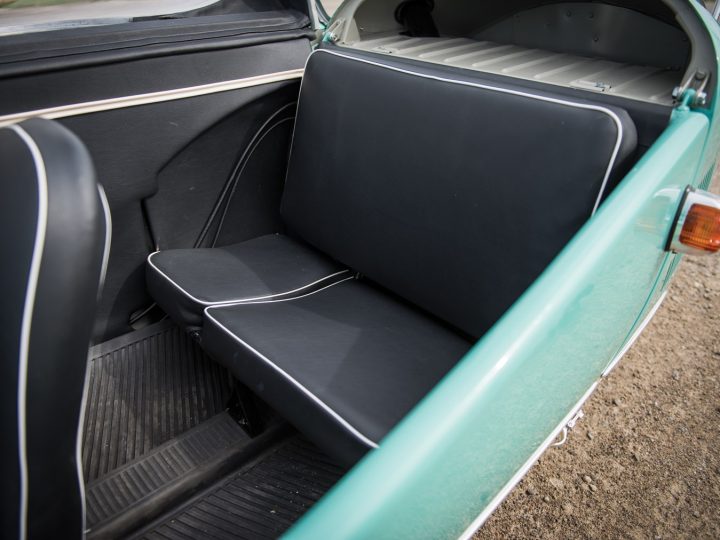 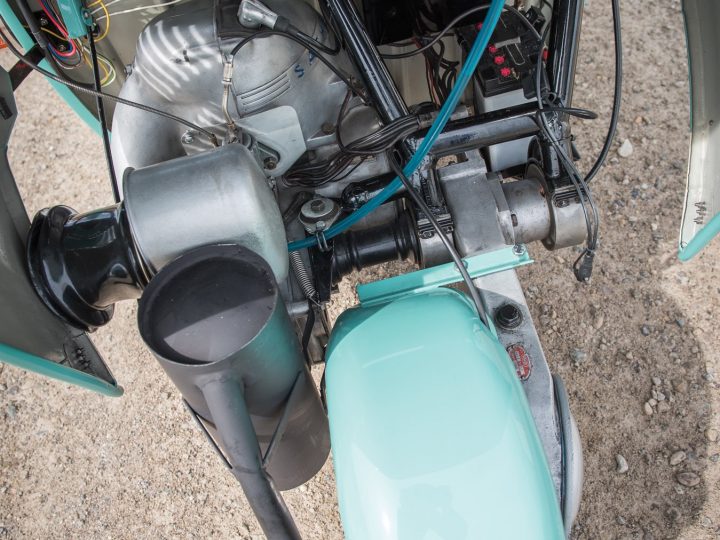 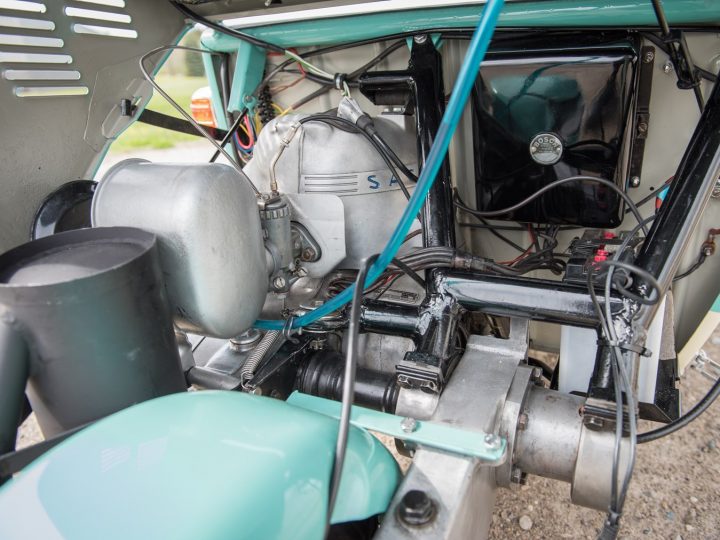 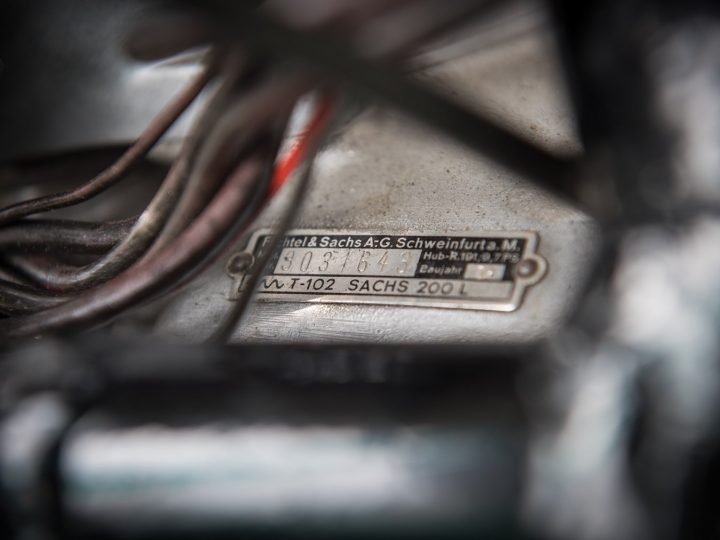 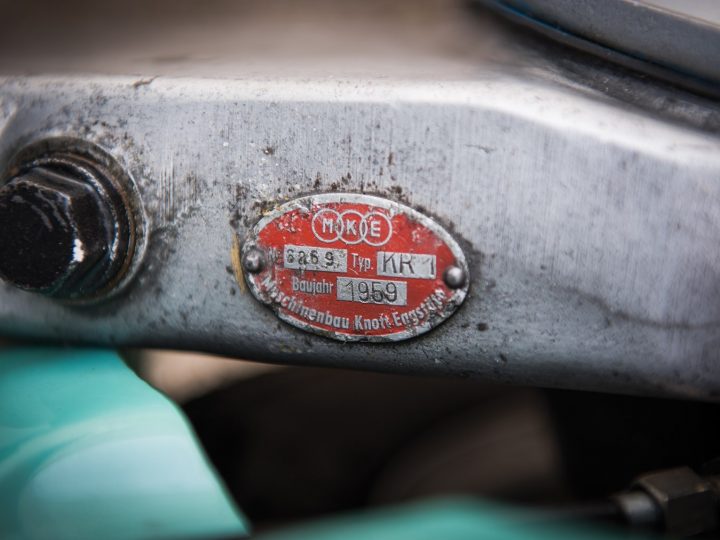 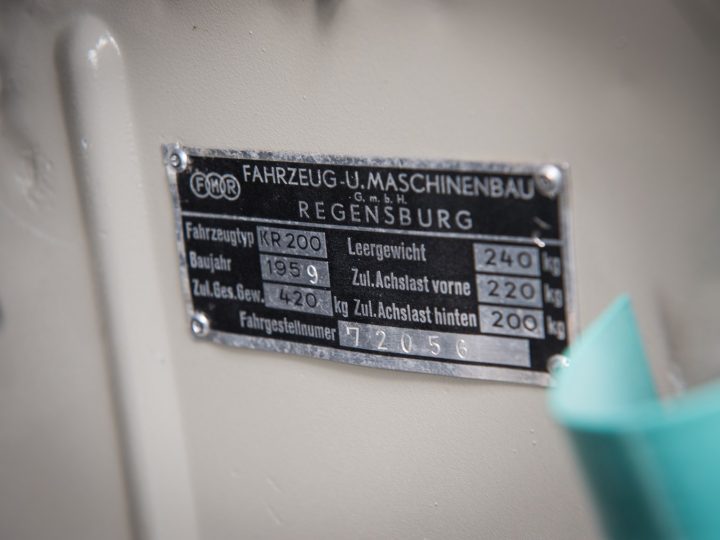