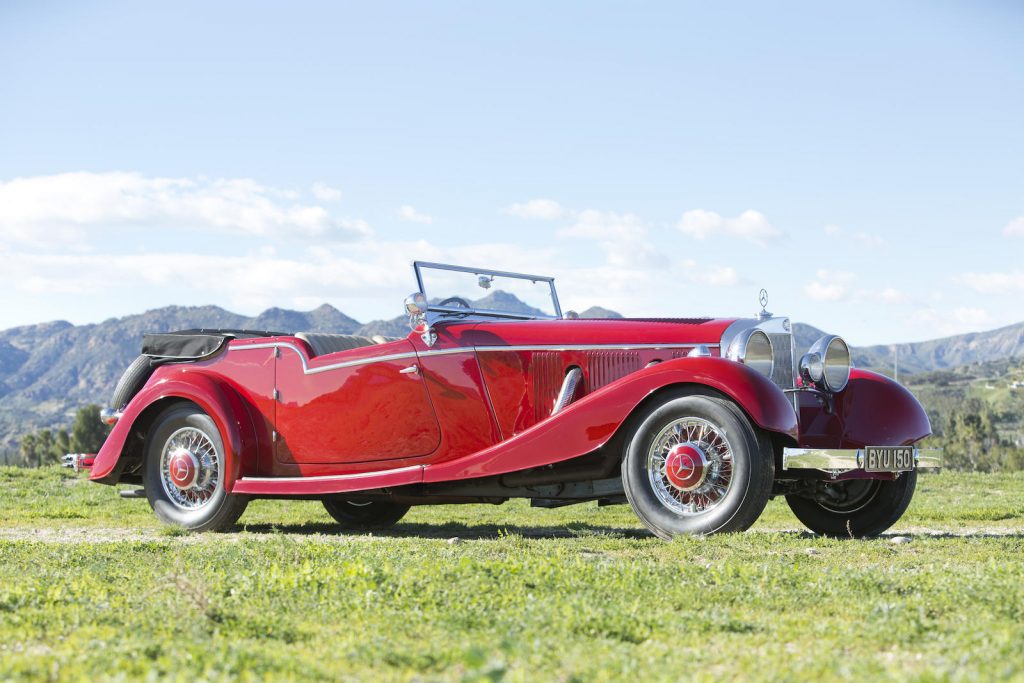 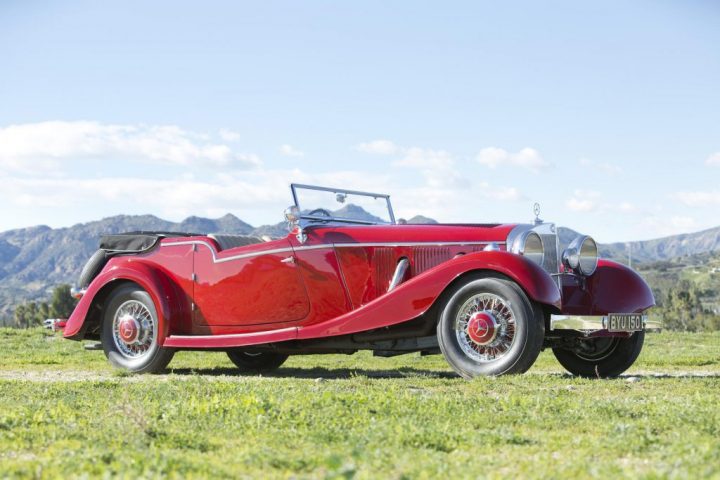 Just 342 examples of the breathtaking 500K were built from 1934 to 1936 before that model was superseded by the mighty 540K of which 419 were constructed. Most of those chassis were fitted with factory coachwork in various long- and short-wheelbase styles from Sindelfingen, but no more than 70 are known to have been delivered to custom coachbuilders. According to marque authority Michael Frostick, 56 right-hand drive chassis were sent to England, eight of them as rolling chassis. Those eight received bespoke bodies, both open and closed, to the buyers’ specifications. This long-wheelbase (129.5-inch) right-hand-drive chassis carries Daimler-Benz commission number 207792, and was delivered through Norwich dealer Mann Egerton to its first owner, Sir Everard Talbot Scarisbrick (1896-1955), the 2nd Baronet and 30th Lord of Scarisbrick in Lancashire. The Baronet, a connoisseur of fine automobiles, would have had his choice of many coachbuilders, and selected the Mayfair Carriage Company of Kilburn, London, where a handsome four-place touring body of aluminum with steel fenders was designed and crafted. Founded as the “Progressive Carriage Company” in 1920, Mayfair is best known for its fine, high-quality coachwork. By 1929, the firm had changed its name to “Mayfair”. One source states that “By the 1930s, (they) were responsible for creating some of the most luxurious and impressive coach bodies of their time.” 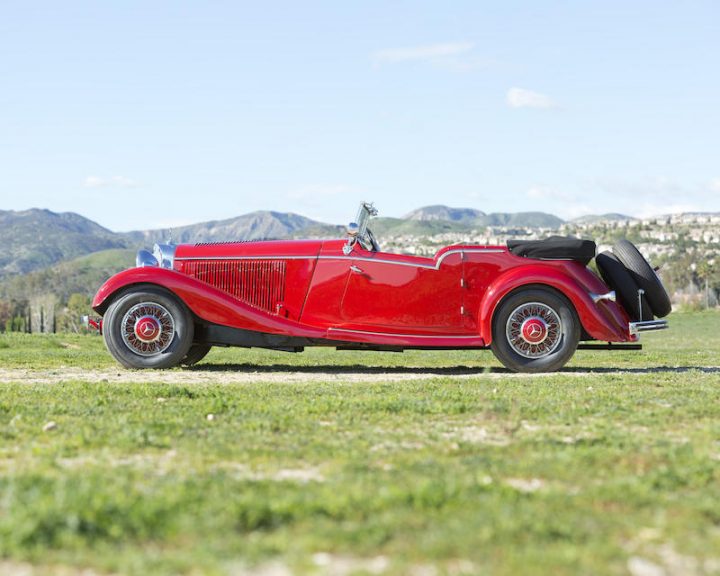 Nearly 400 Rolls-Royce chassis were clothed in Mayfair’s coachwork, as were a few pre-war Bentleys, several open and closed Alvis Speed models, Lagondas, Armstrong-Siddeleys, at least one Sunbeam, a Buick, and according to the consignor, a single Mercedes Benz 500K, chassis 123689. Originally finished in British Racing Green, this Mayfair Tourer body is wonderfully stylish, it’s sporting lines highlighted by a beltline dip highlighted by a chrome accent strip, a feature also seen on some Alvis convertibles bodied by Mayfair as well as many of Howard Darrin’s famed custom Packards. At the same time, this 500K retains all the classic hallmarks of that series, including the massive upright radiator, long sweeping fenders, and twin chromed exhaust pipes exiting through the hood side panels. 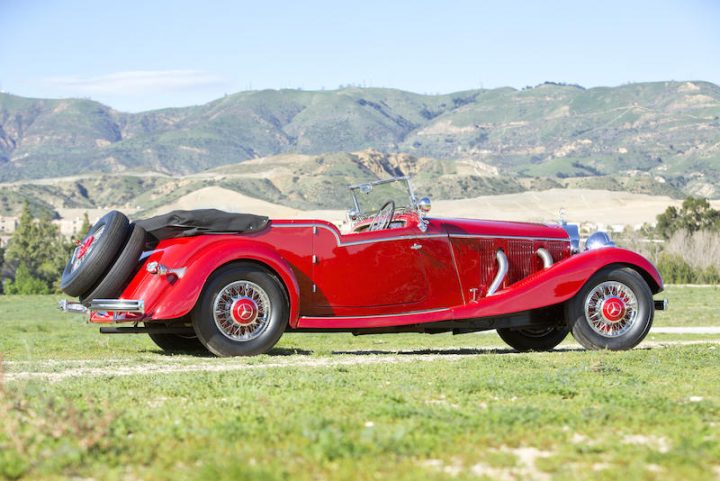 Upon its completion and delivery to the Baronet in July of 1935, the car was assigned UK registration BYU150. It is not known when it left the Baronet’s ownership, perhaps after his passing in 1955, but a sales advertisement by prominent London dealer Jack Bond appeared in the November 1952 issue of Motor Sport. This unique 500K surfaced in America in the early 1960s, when it was displayed in Albany, New York by Mr. Arnold Dubb. Mr. Dubb registered the car with the Classic Car Club of America, as it appears in that group’s 1967 directory. Its next owner, a Mr. David Cohen, installed a striking new interior in what was charitably described as “grapefruit pink”, which must have made a stunning combination. The next owner was a Dr. Henry A. Camperlengo, also a resident of the Albany area. Dr. Camperlengo reportedly purchased the car for $5000. The doctor retained the Mercedes until 1973, when it was acquired by well-known marque enthusiasts Paul and Barbara Karassik. Mr. Karassik – born in Russia and fluent in that language – is famed in car collector circles for his decade-long search and recovery of two long-missing 1939 Auto Union Type D Grand Prix racing cars from the old Soviet Union in the 1990s. 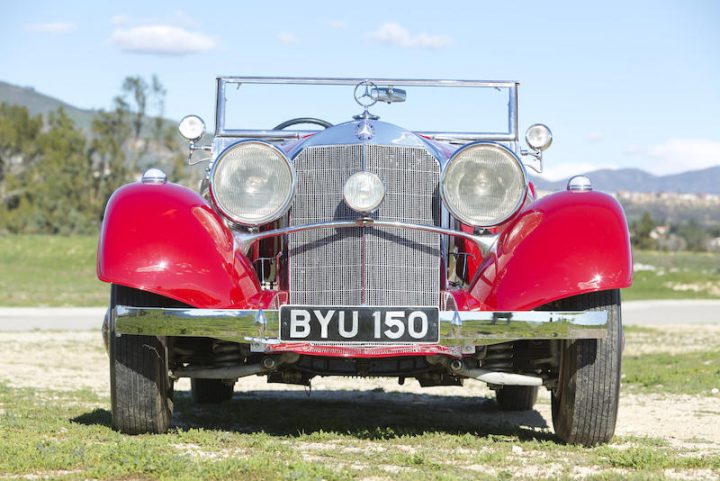 History records that BYU150 returned to the United Kingdom, but was purchased by Don Williams and returned to America. In late 1992, it was purchased by the late William Lassiter, Jr. of West Palm Beach, Florida, another well-regarded antique car collector. Mr. Lassiter was known for his stable of fine classics which were all driven and maintained to a high standard. In 1999, it was again sold, remaining in a family collection for over 15 years. 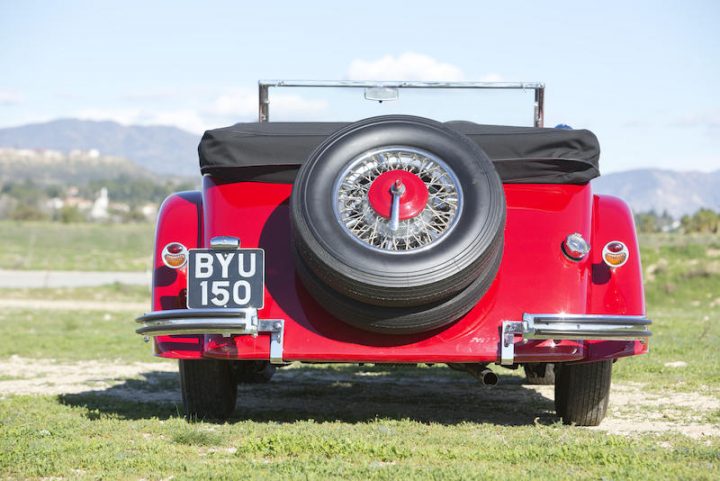 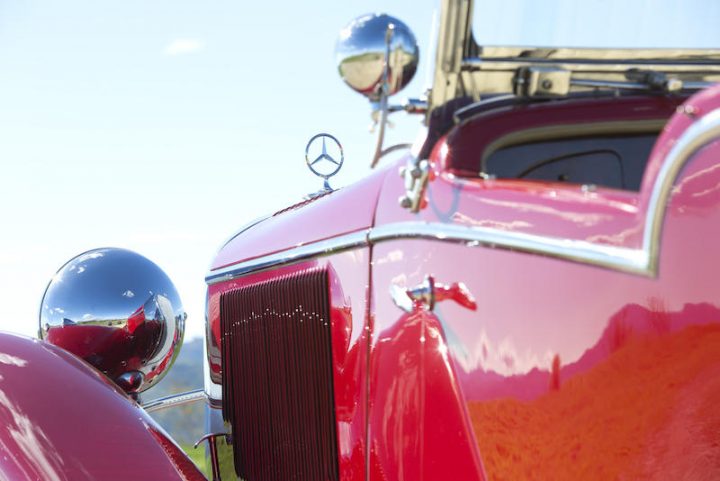 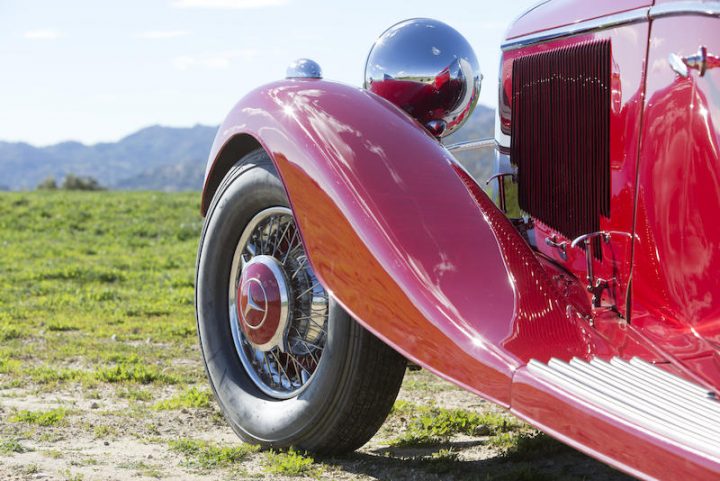 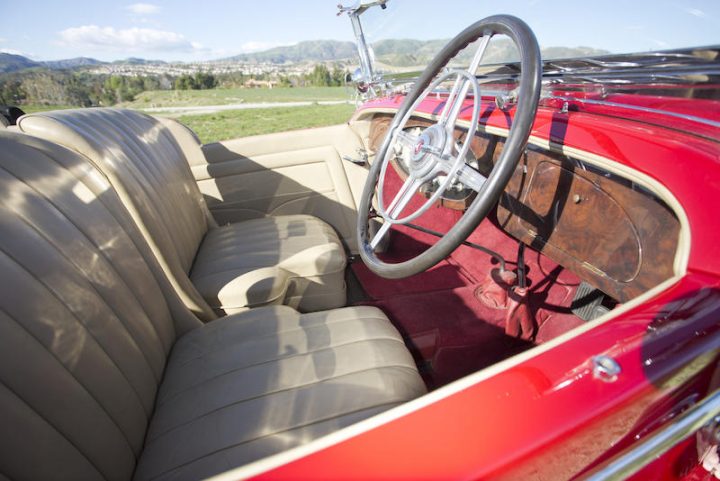 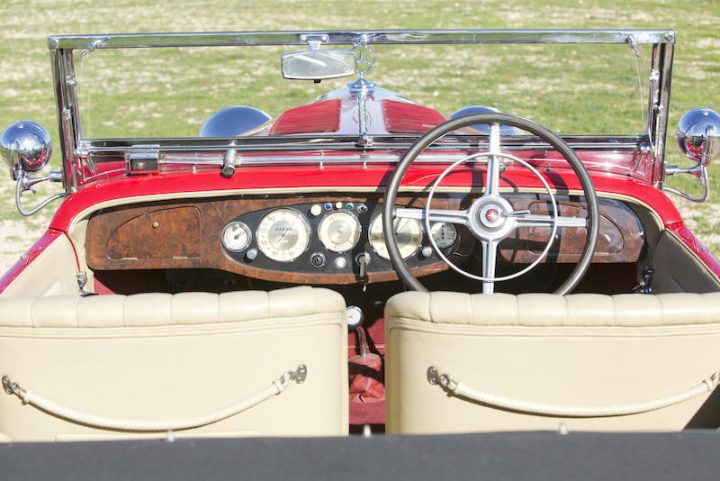 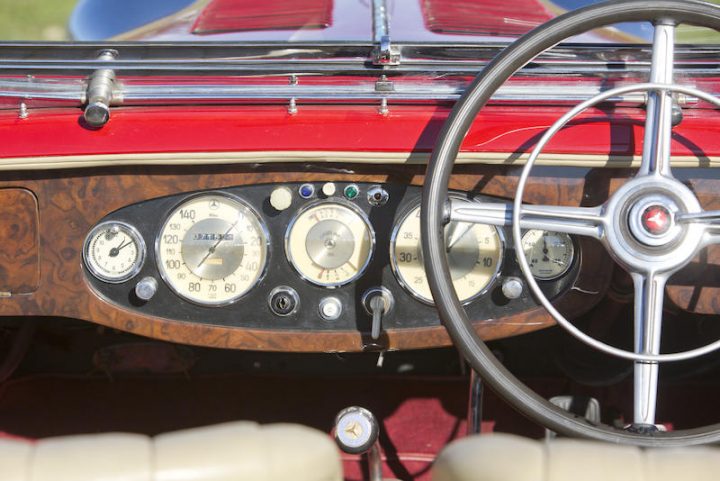 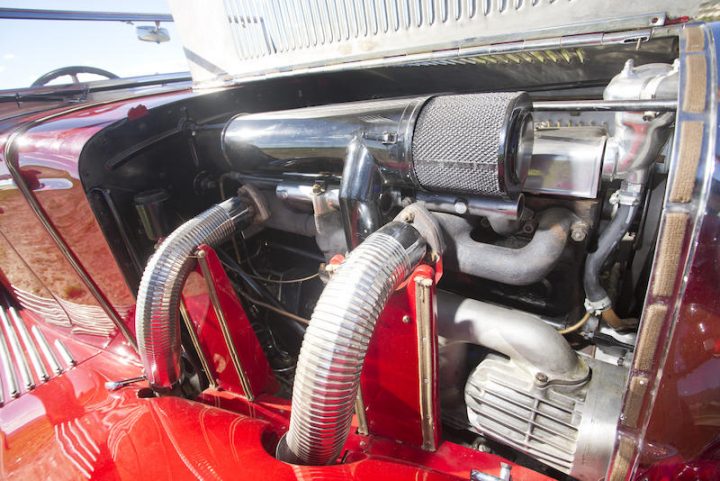 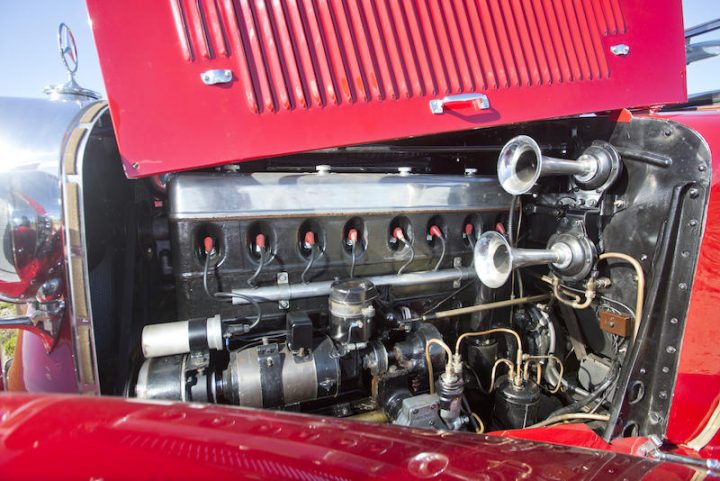 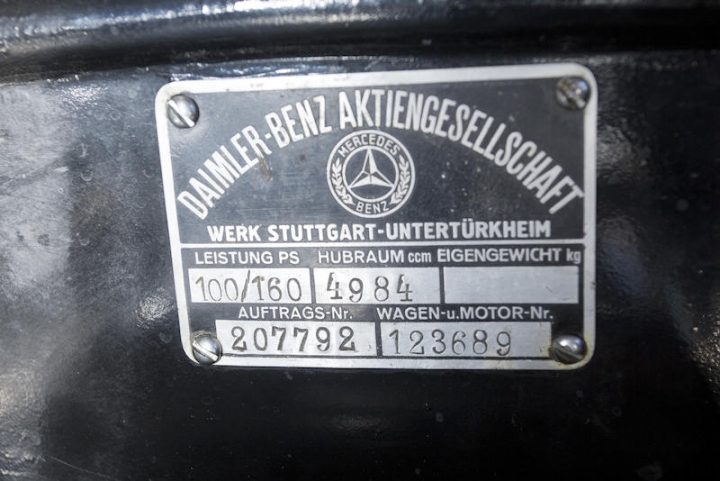 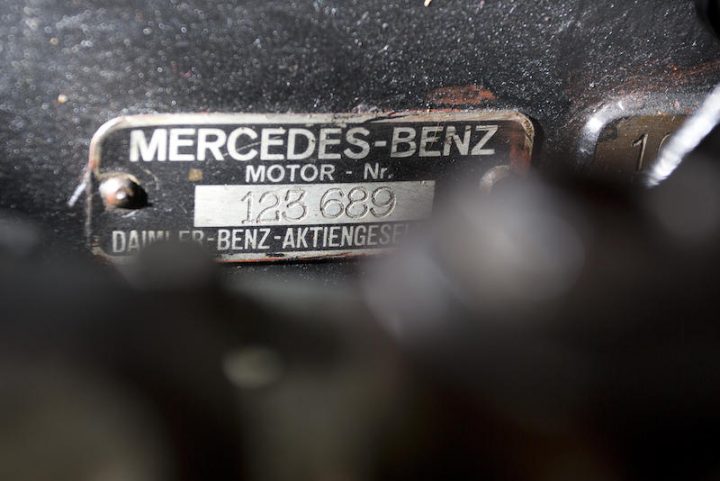 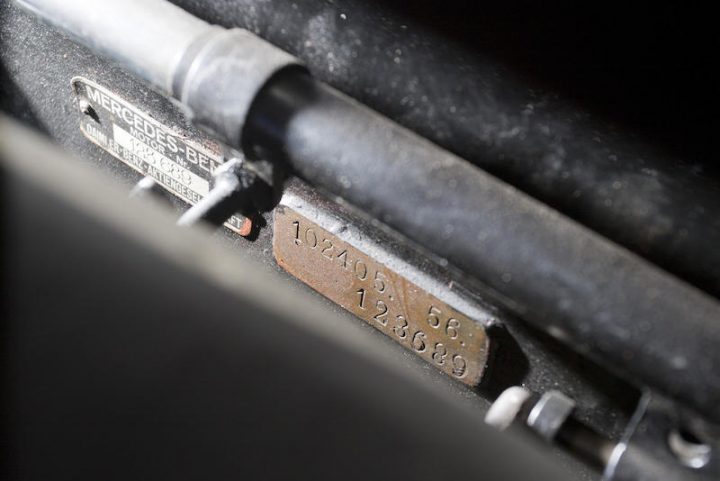