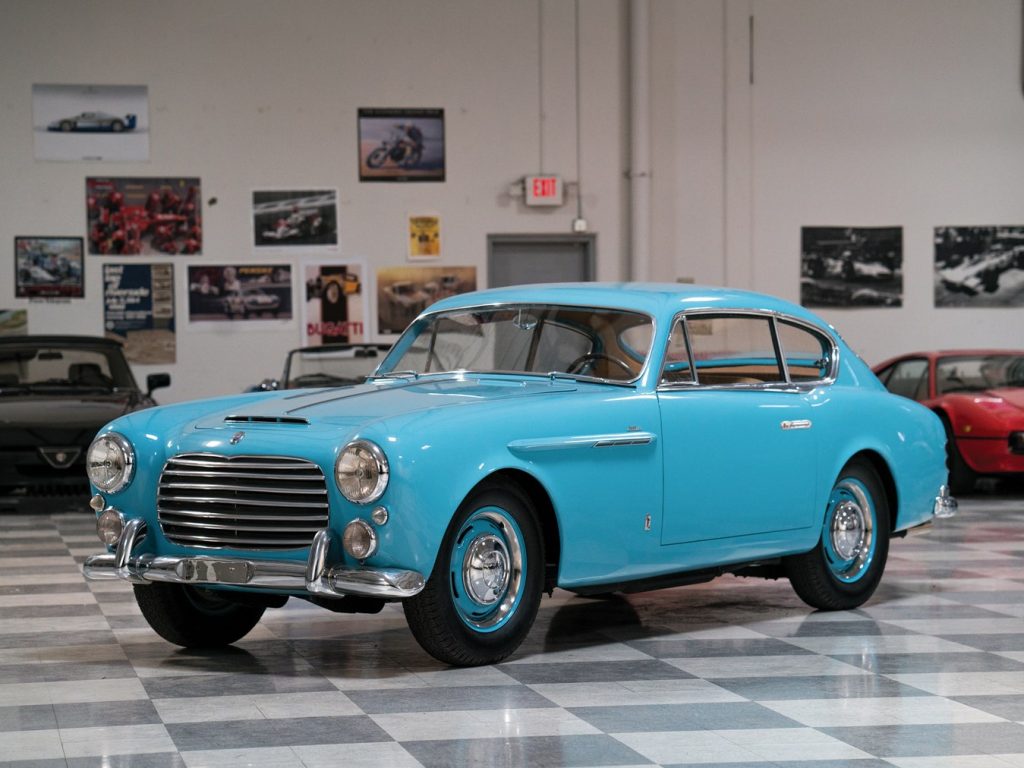 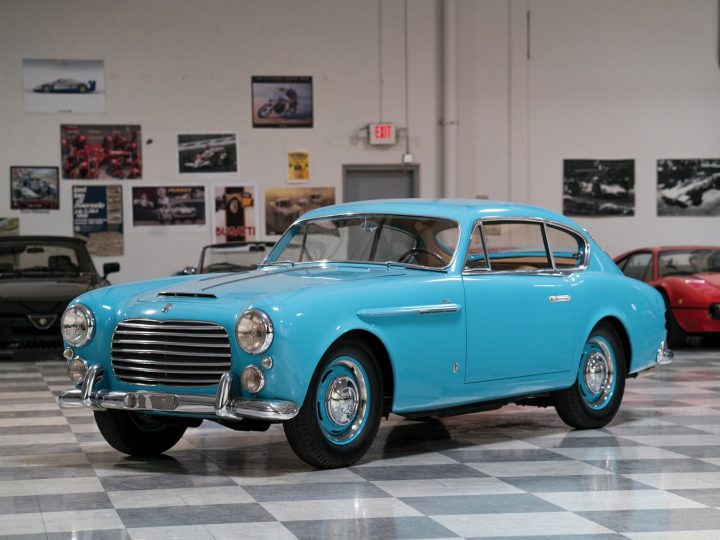 While several coachbuilders had the opportunity to clothe Maserati’s new A6G 2000 chassis, it was Pinin Farina that was given the first opportunity. That first car was a gorgeous 2+2 coupe, but after its unveiling at the Turin Motor Show in April of 1951, Battista “Pinin” Farina thought that he could further improve on its design for the next model to be fitted with his coachwork.
Arguably one of the most significant cars in the Collection of the Riverside International Automobile Museum is the 1951 Maserati A6G 2000 presented here. One of just nine Pinin Farina bodied examples, this particular car, chassis number 2020, was originally finished in Celeste (light blue) and fitted with a four-speed manual transmission and triple carburetors. The car saw extensive testing by Maserati from February to August of 1951, as the company sought to perfect the design and execution of the car over that of the previous and first A6G 2000 bodied by Pinin Farina, chassis number 2013. According to Maserati historian Adolfo Orsi, the chassis and drivetrain were first tested with a provisional body in February of 1951, prior to delivery to Pinin Farina for its own coachwork. On 30 July 1951, the car was returned with bodywork from Pinin Farina to Maserati, where further road testing was undertaken in early August. 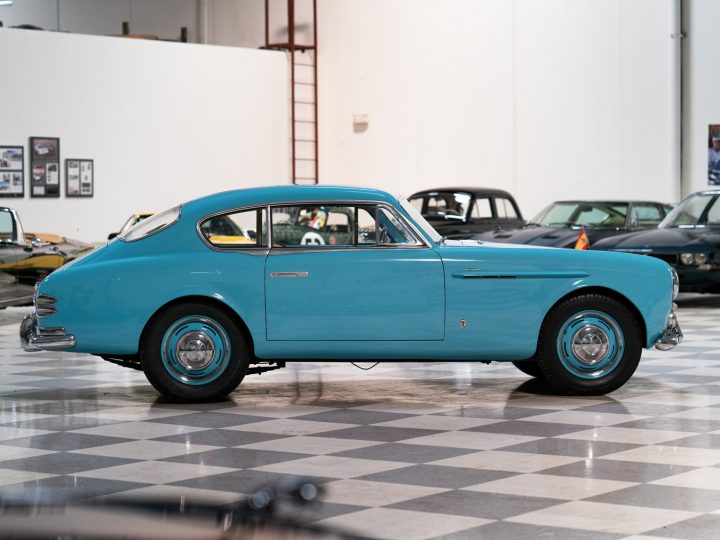 Chassis number 2020 was sold new to its native Italy from Maserati on 8 September 1951 to Terzo Monachesi. In May of 1952, it was featured in a Maserati advertisement in the Italian magazine Auto Illustrazione. The car’s further Italian history is not known, but by 1960, the car had been imported to England. An original registration booklet included with the file states that the car was first registered in the United Kingdom on 13 April 1960 as “2081MK.” It remained in England, passing through the hands of a Mr. Hambledon and Stan Derbyshire, before being purchased by Simon Moore in 1967. In Moore’s ownership, the car was painted dark blue and fitted with wire wheels.
After about 10 years in England, the A6G 2000 travelled to America, where it was sold to Gordon Bradt of Wilmette, Illinois, on 13 October 1970. Remaining in the United States, it was later sold to Joe Alphabeth of Huntington Beach, California. By 1990, the car had been acquired by Dr. Mark Brinker of Houston, Texas; it is believed to have remained with him for the following decade.
After being acquired by noted Houston-based Maserati collector John Bookout in 2000, chassis number 2020 was restored in dark red over a beige interior in 2001. Bookout kept the car for another five years before selling it to Doug Magnon for inclusion in the Riverside International Automobile Museum. Magnon showed the car on occasion and kept it on display in the museum before deciding to have it restored. During the restoration, the car was completely stripped of its paintwork, and its original light blue color was found. The car was refinished in that color over a tan interior. 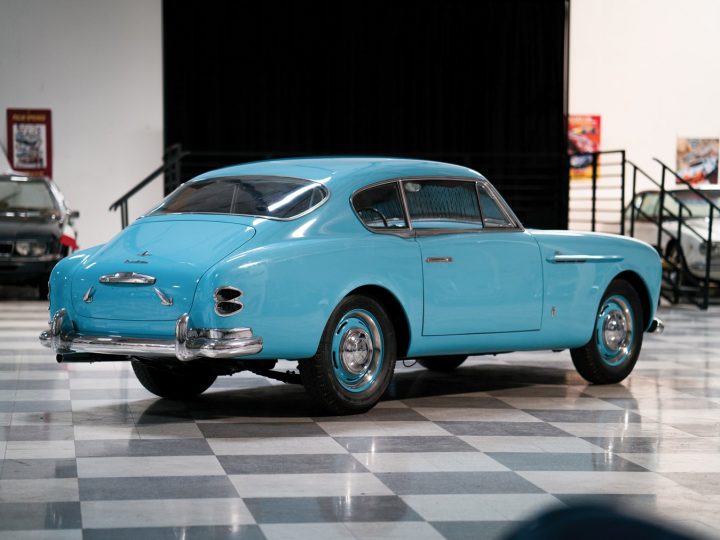 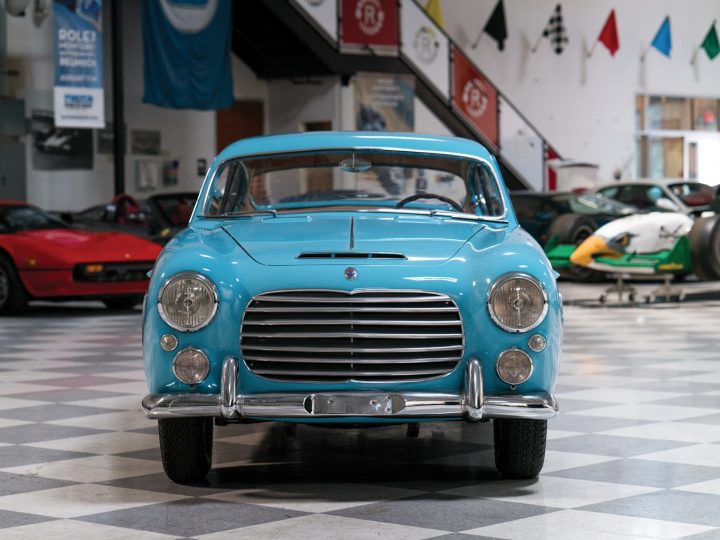 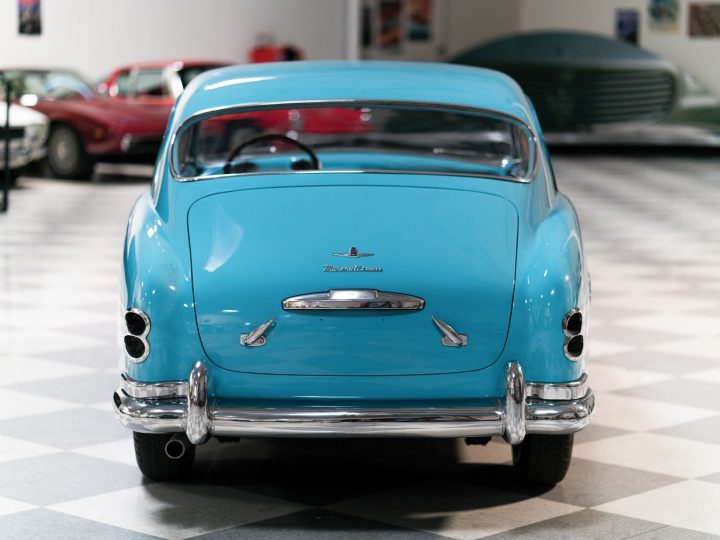 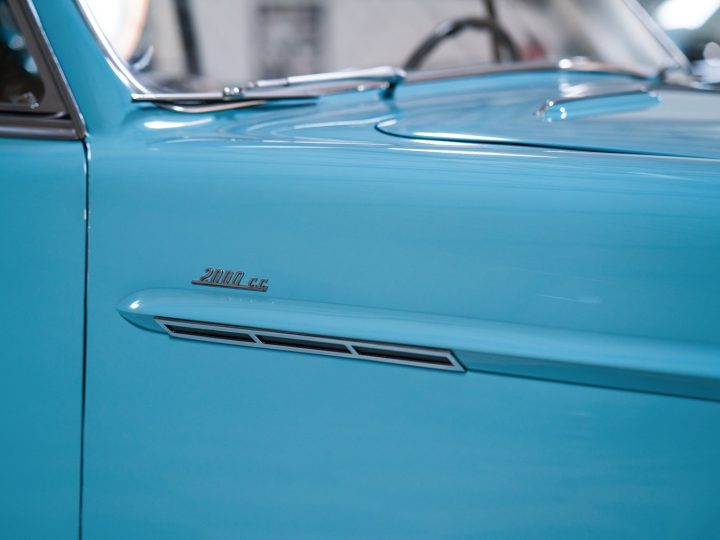 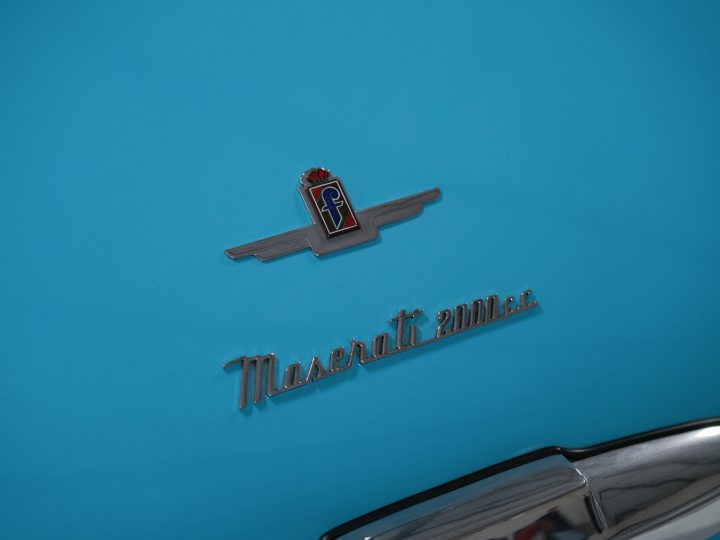 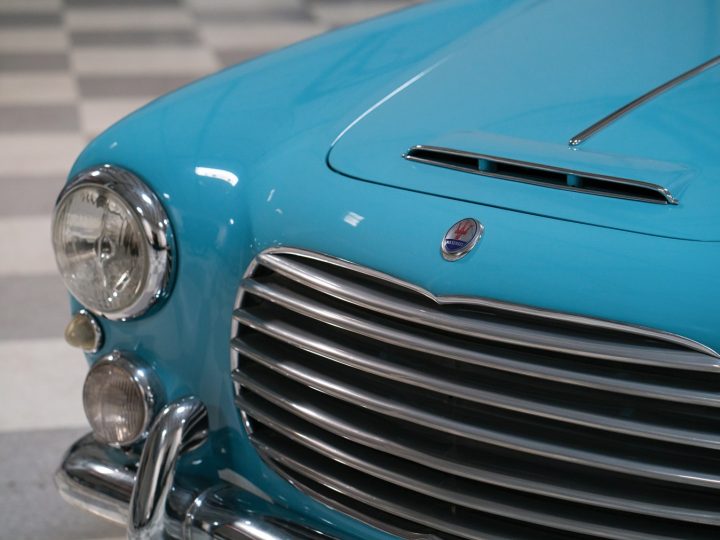 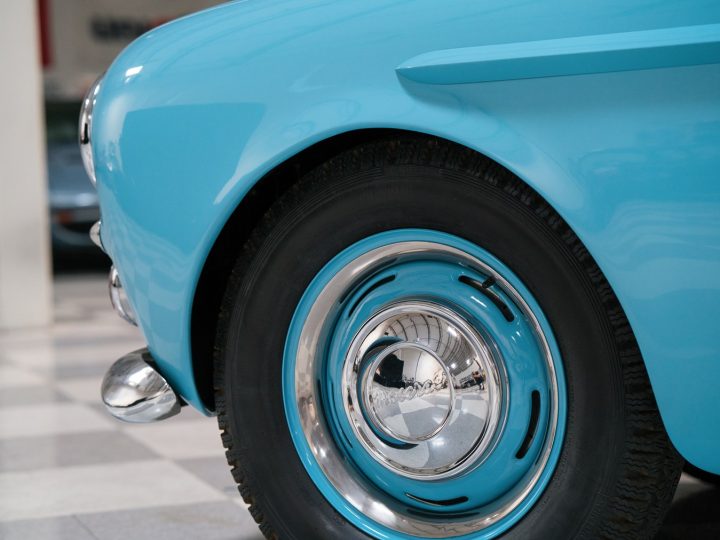 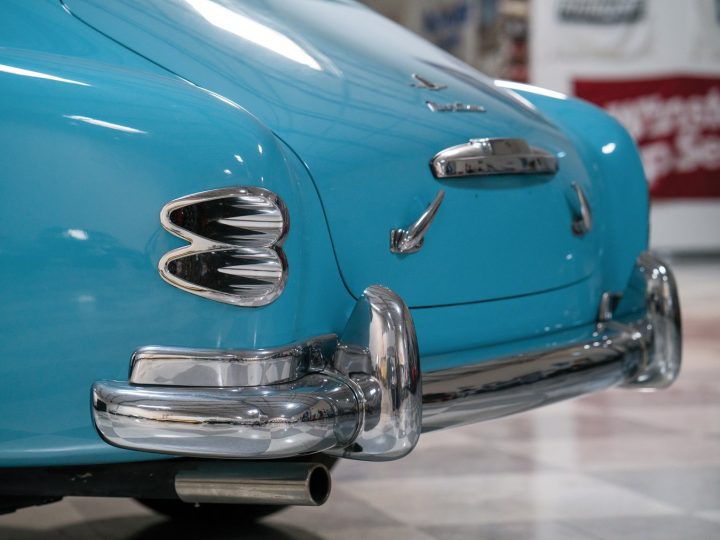 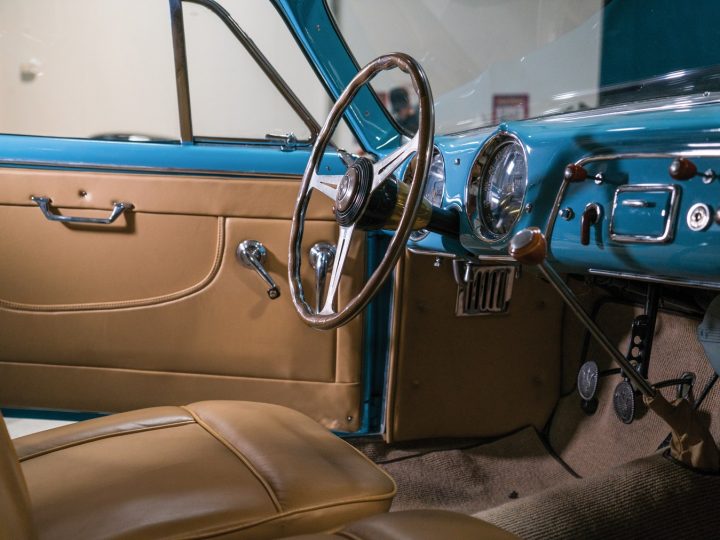 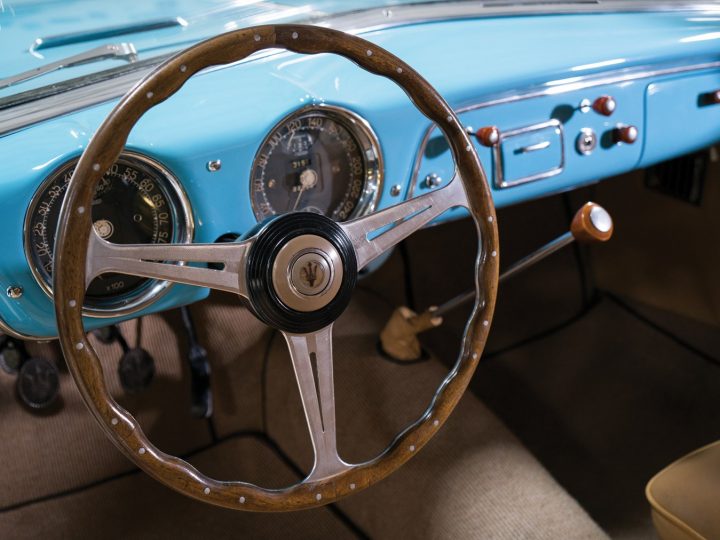 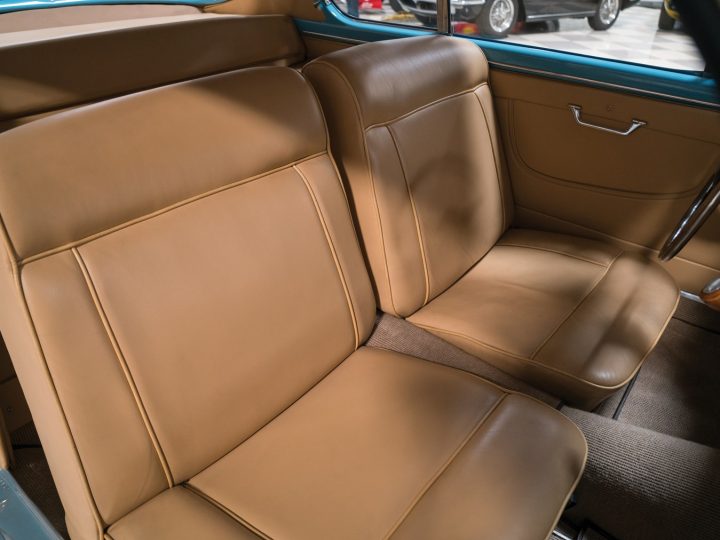 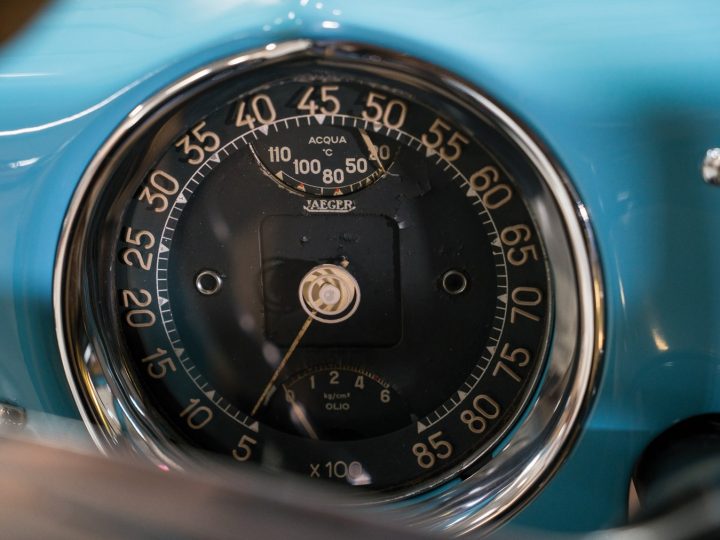 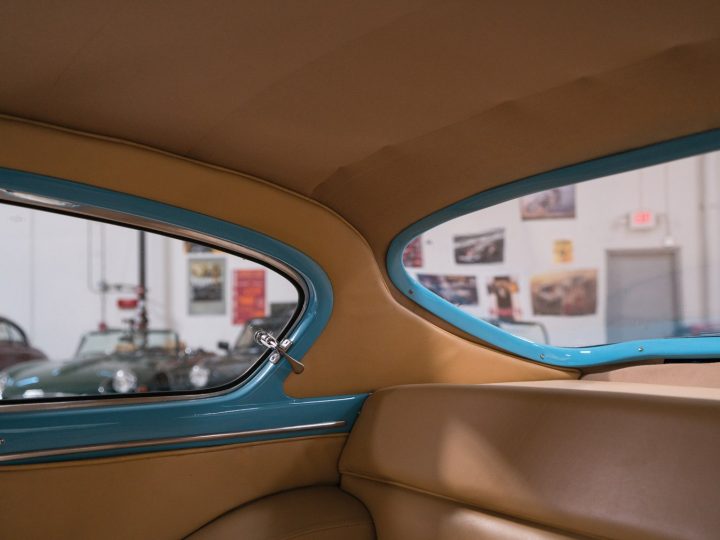 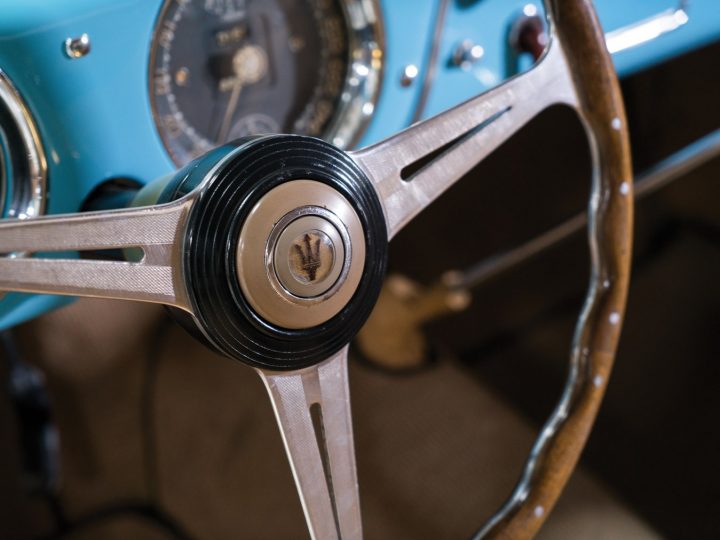 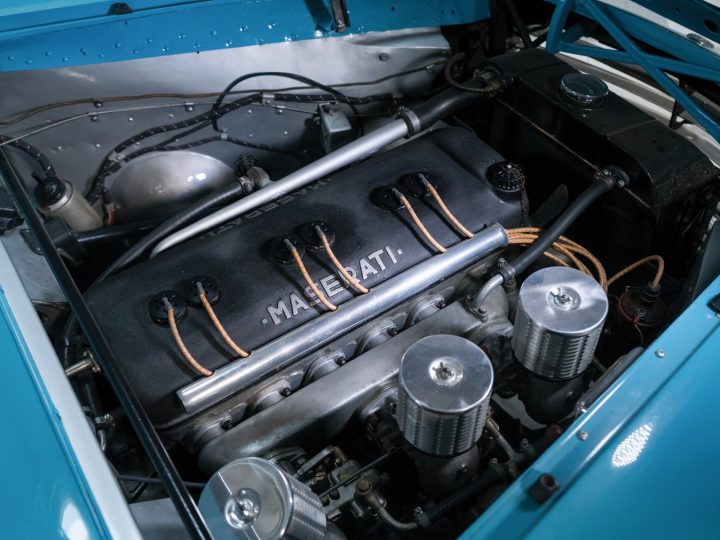 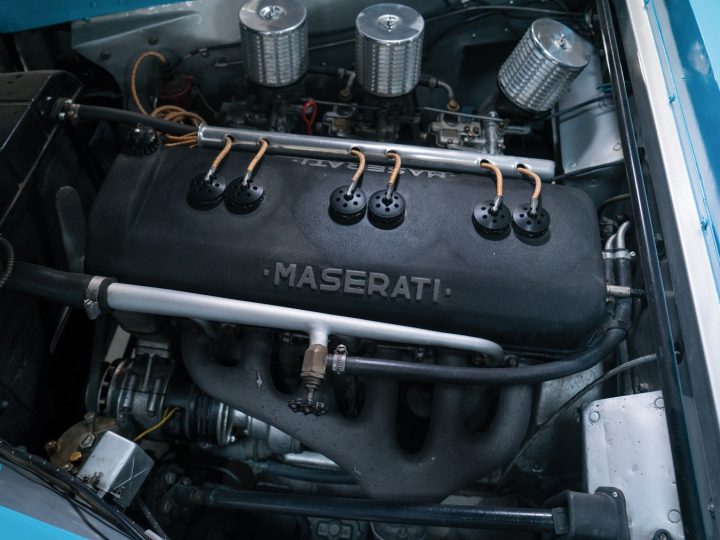 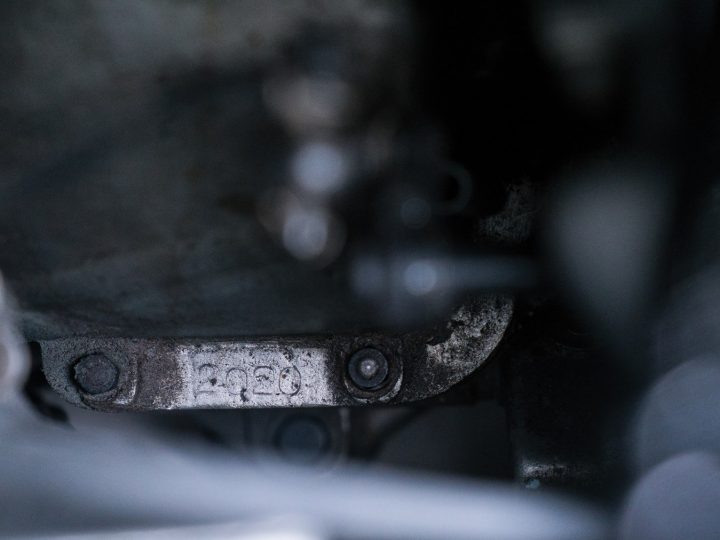 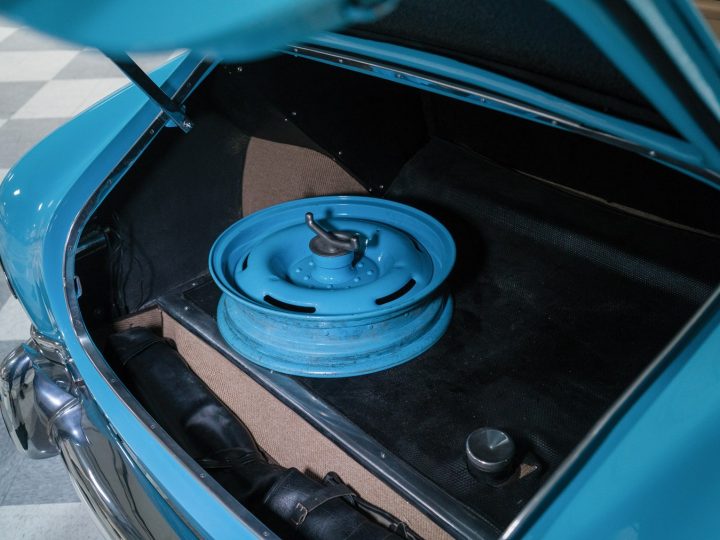 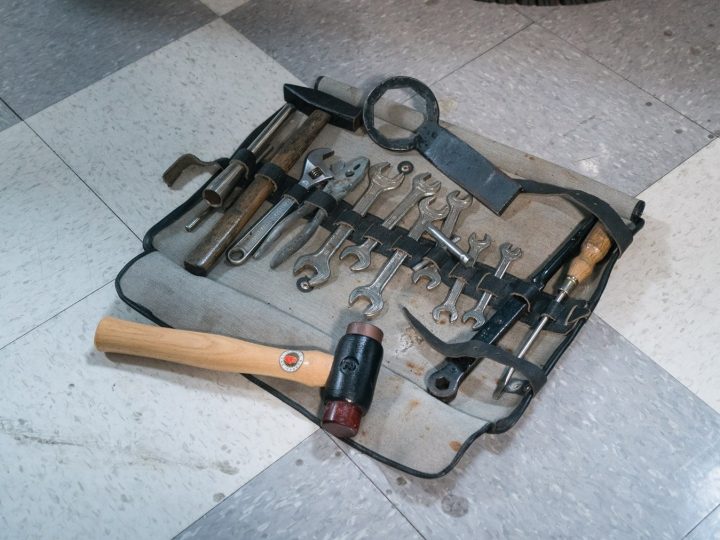