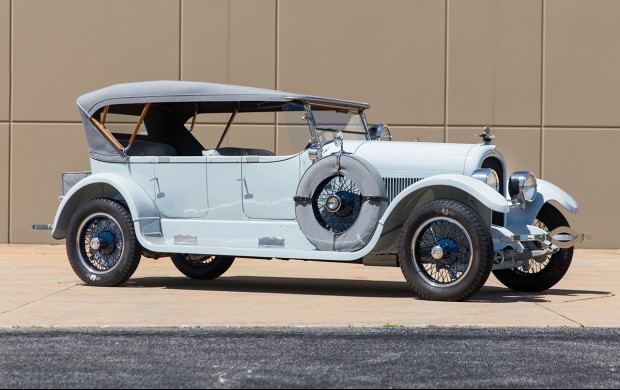 This charming 34B Touring is a direct descendent of the Marmon Wasp – the car driven by its creator Ray Harroun to victory in the inaugural Indianapolis 500. Like the Wasp, this car features an advanced 340 cid overhead valve inline six and a largely aluminum body, facilitating cruising speeds in excess of many of its peers. 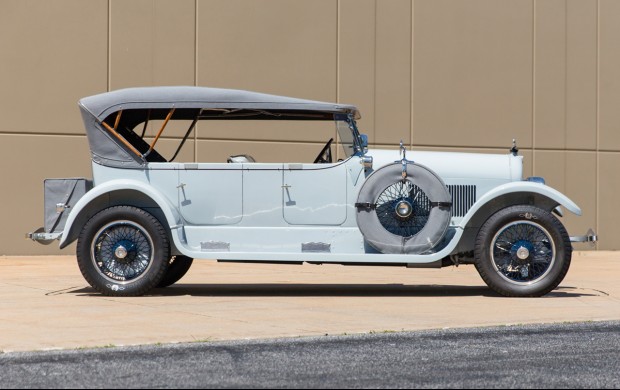 Finished in the 1922 color of Dustproof Gray, it bears a gray folding top and reclining windshield. A Marmon-branded Moto-Meter, a pair of drum-type cowl lamps and a running-board-mounted spotlight distinguish this beautiful example. The engine features an on-board air compressor that can be manually engaged for the inflation of tires or beach balls – an ingenious convenience courtesy of Howard Marmon, son of the company’s founder. 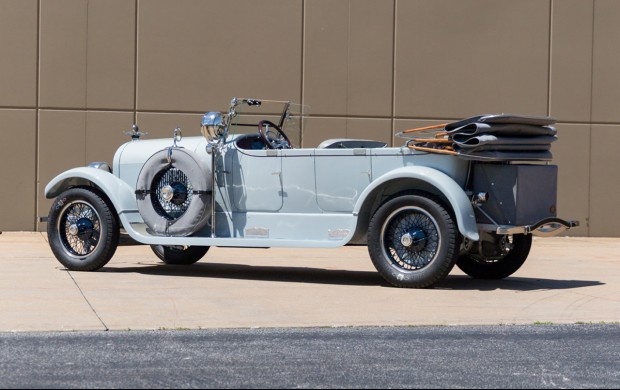 The car’s restoration was completed around 2005 by Bob Robinson of Robinson Restorations, who had previously owned this very car in 1956. He always regretted selling it and tracked it down in the mid-1990s. The beautifully restored interior is finished in rich gray leather and accented with lustrous wood and nickel. The car won its class at Hilton Head and the Concours of the Eastern United States, and was awarded Judges Choice at the Greenwich Concours. This highly desirable, rare and superbly restored Jazz Age Marmon is a piece of automotive art, with style to charm and fascinate. 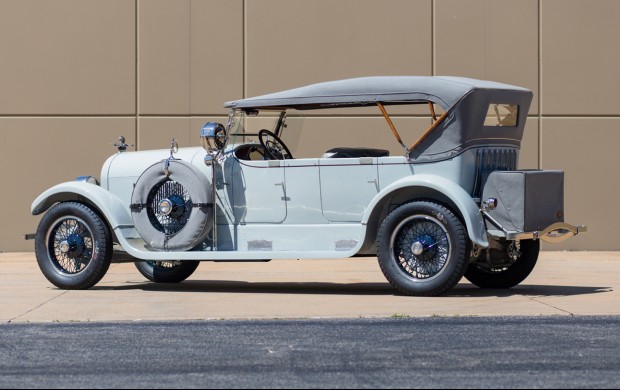 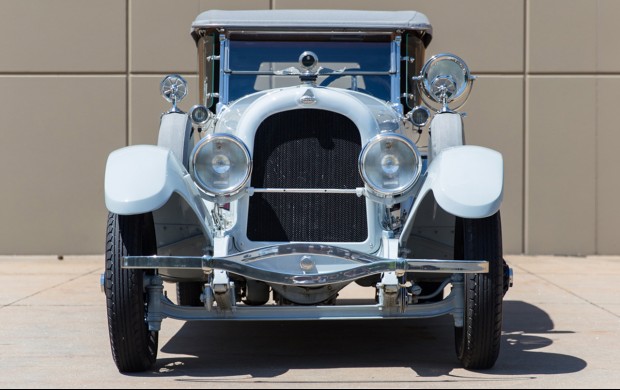 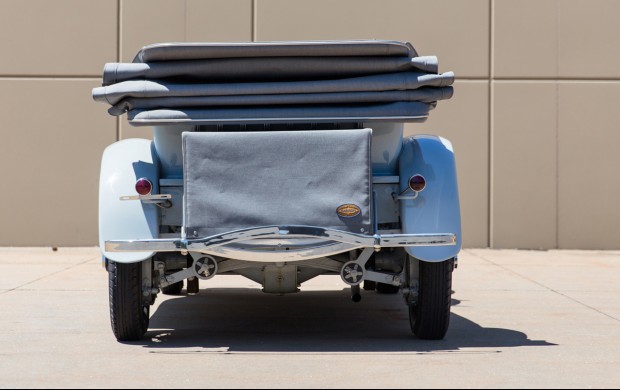 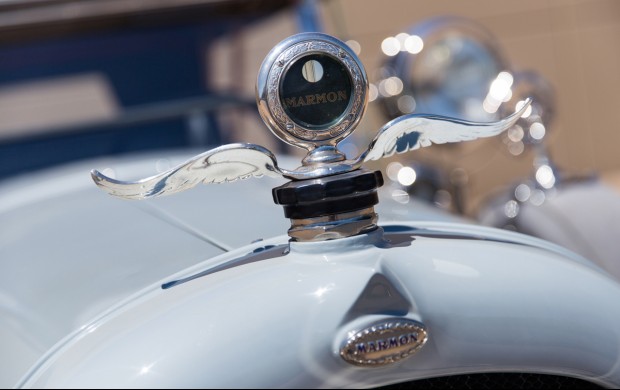 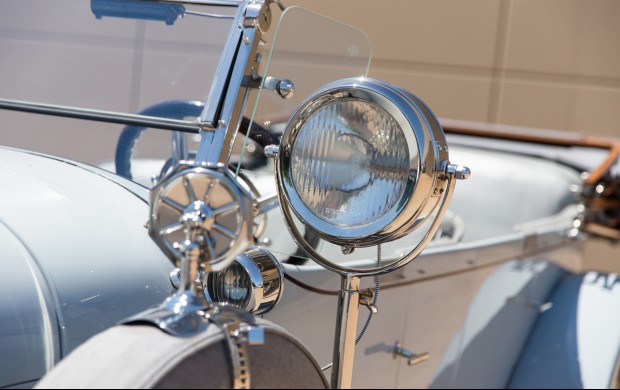 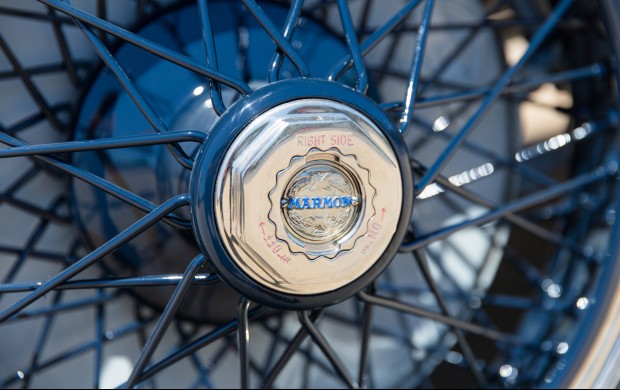 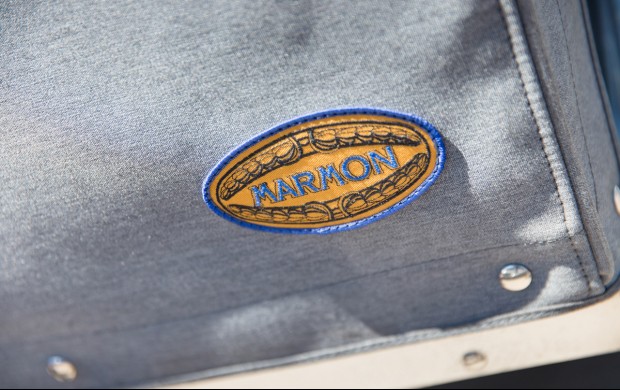 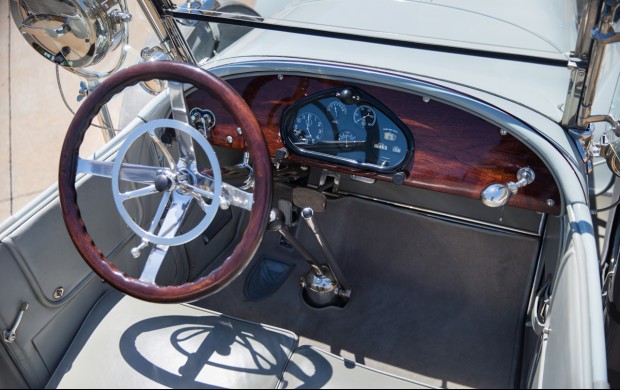 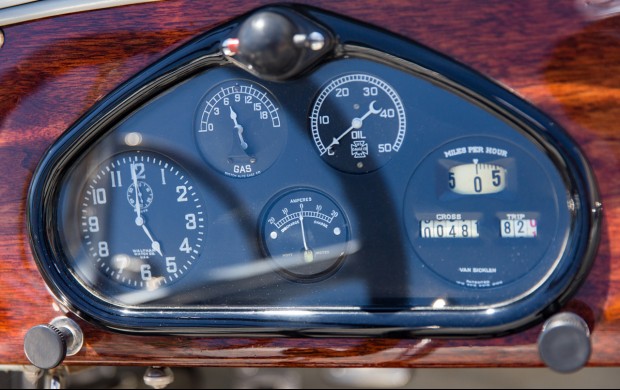 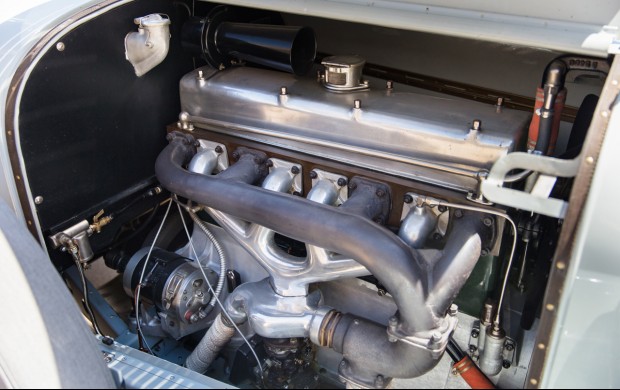 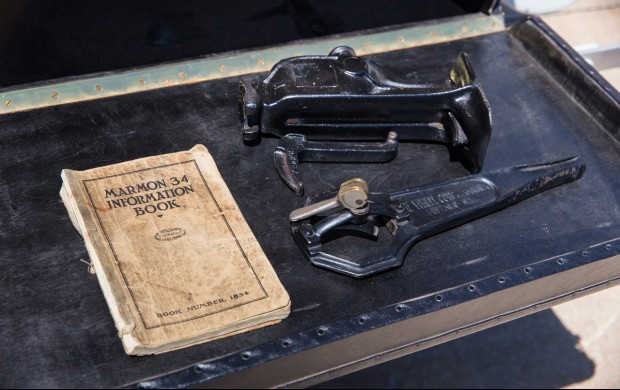