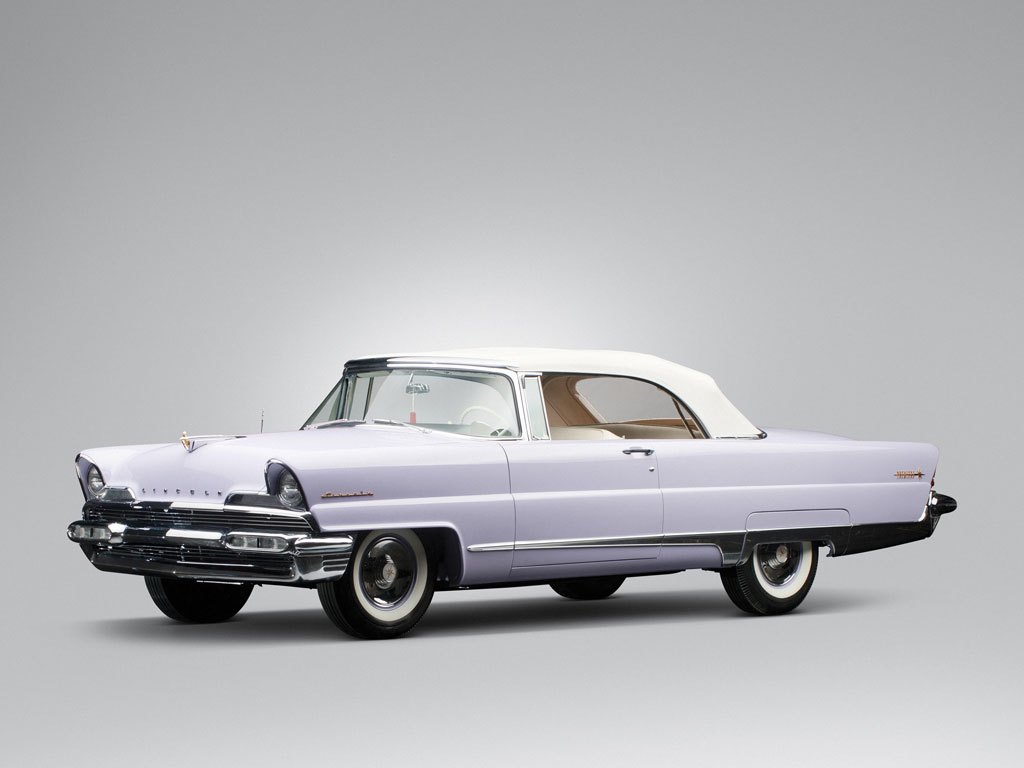 The 1956 Lincoln was longer, lower, totally redesigned, stunningly styled, and thoroughly modern. Under the hood, it packed an upgraded overhead-valve V-8 that could produce 285 horsepower and was mated to a standard three-speed Turbo-Drive automatic transmission. All of this came at significantly higher prices, which thrilled Lincoln devotees who were willing to pay for it. Sales for 1956 reached record levels, rising from 23,673 cars in 1955 to 47,531 in 1956. The rarest and most expensive of all models was the Premiere Convertible, of which 2,447 were built.

The Premiere Convertible offered here is finished in Wisteria, which looks like something off of George Barris’s palette, but it is actually one of the numerous unusual factory colors offered on these cars. On the baroque lines of the 1956 Lincoln, alongside slabs of chrome and with a complementary white interior, this paint appears right at home, as if made to reflect the glow of neon.

The Premiere was painstakingly restored in prior long-term ownership to truly “better-than-new” condition in all respects, with work being completed in 2010. As part of the painstaking work, the original engine was replaced with a new old stock 1956 Lincoln V-8, which came out of the Ford Technical School when it closed, and as such, it is literally “new” and has all of the correct finishes and details. Correct decals and tags are also found throughout. The white vinyl top fits so closely and smoothly that the car appears at first glance to be a hardtop coupe. In sum, all of the finishes throughout are absolutely spectacular and done to extraordinarily fine standards, as great attention was paid to accuracy and to “how the factory did it.”