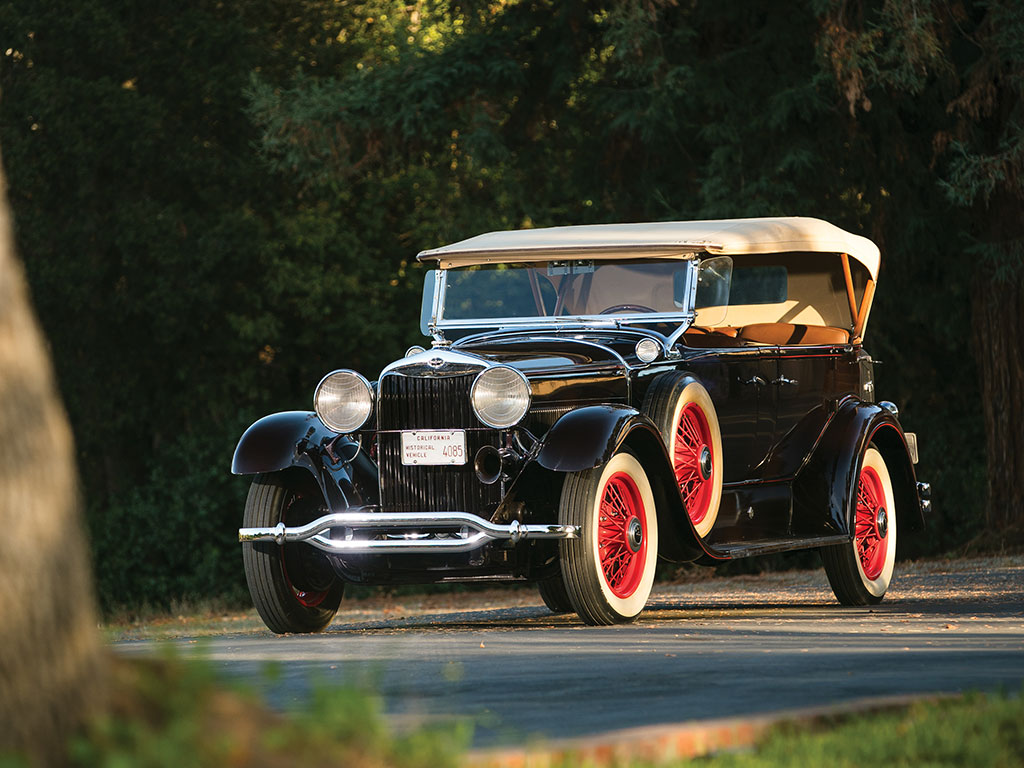 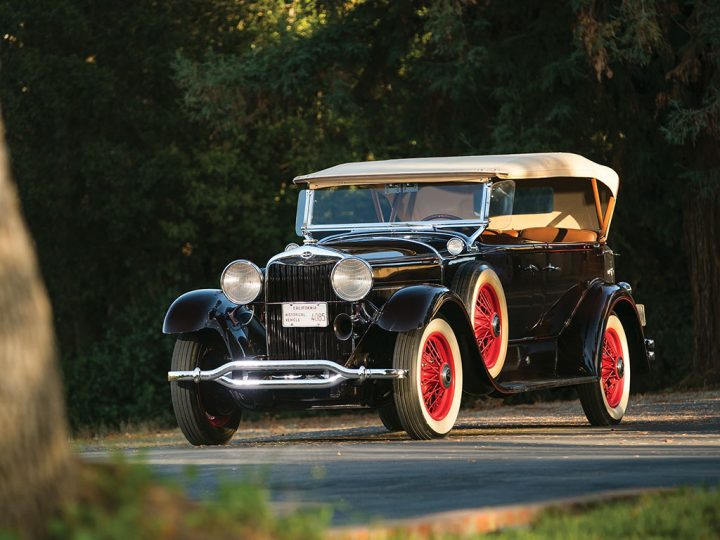 The 1930 model year marked the end of the run for Lincoln’s original Model L, first introduced in 1919. It was a testament to the quality of Henry Leland’s engineering that, 11 years after it was first introduced, the Model L remained a superb luxury automobile and one of the finest American cars. Improvements had been limited to running engineering changes, including a larger engine, and updates to the styling. Its horsepower rating, a “mere” 90, was misleading, as anyone who has driven a well-maintained Model L can attest; in the words of one enthusiast, “There are only 90 horses, but they are all Clydesdales!” 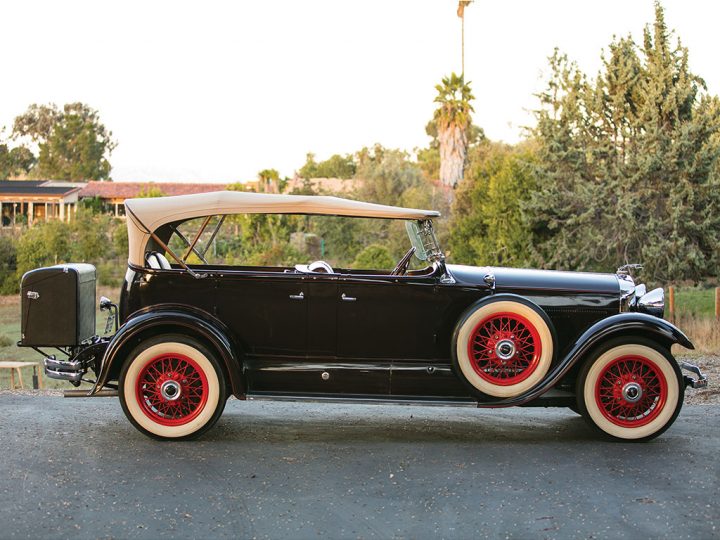 The car presented here is the factory-bodied Five-Passenger Sport Phaeton, body style 176-A; only 145 of these were made in 1929 and 1930, the only two years that this style was offered, with just 53 of them being sold in the latter year. 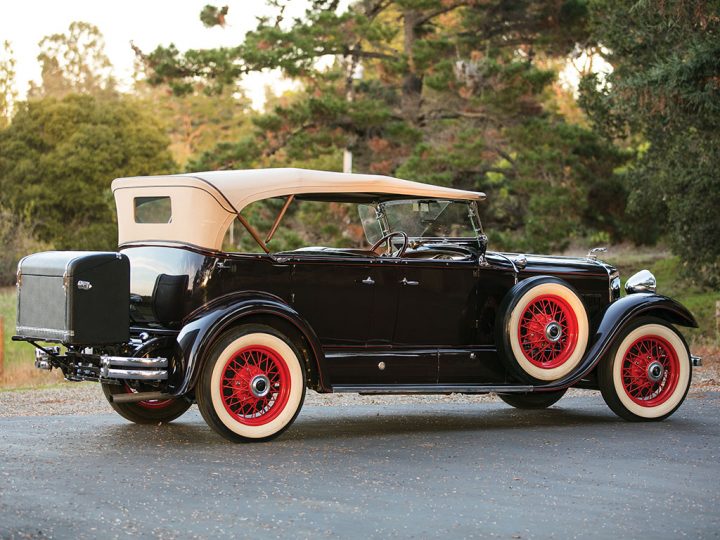 The current owner has enjoyed the Lincoln since 1981, when he acquired it from a Rolls-Royce dealer. The dealer had taken it in trade from Donna Shade of Bakersfield, California, who had this car and a 1932 Chrysler restored, and displayed both at the Pebble Beach Concours d’Elegance. She had found the concours scene not to her liking, and subsequently traded both cars on a new Rolls-Royce Corniche! In acquiring the Lincoln, the consignor was informed that the car had been formerly owned by the late, great enthusiast Jack Passey, and that it had been featured in the classic 1958 film, God’s Little Acre, in which it was driven by Aldo Ray. 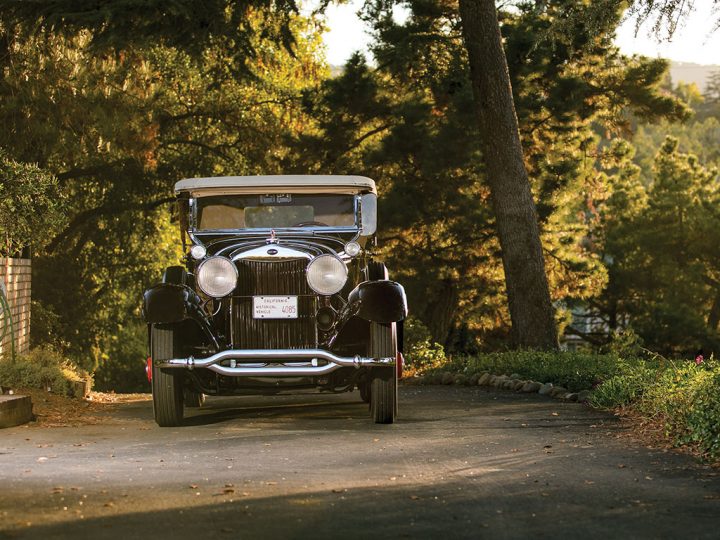 The car has now remained in its current ownership for 35 years. Its restoration is well-preserved and in overall good condition, both inside and out. The maroon finish still has a good, rich shine, contrasting to the red striping and wire wheels. Similarly, the interior is older but well-kept, and still very presentable. 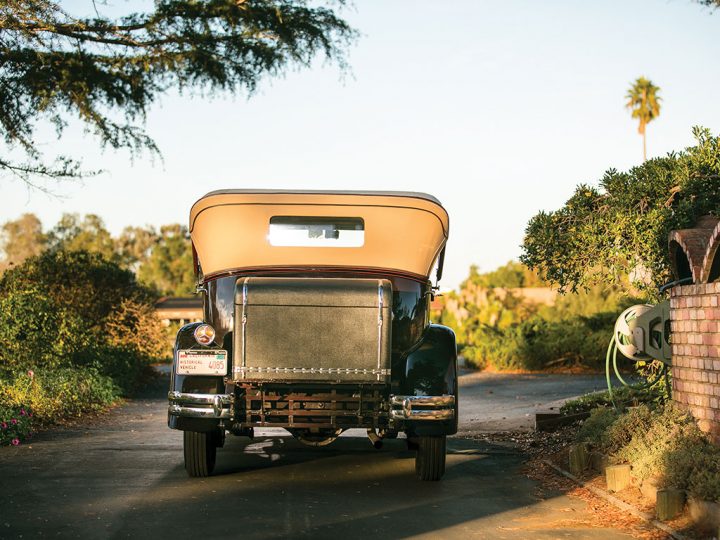 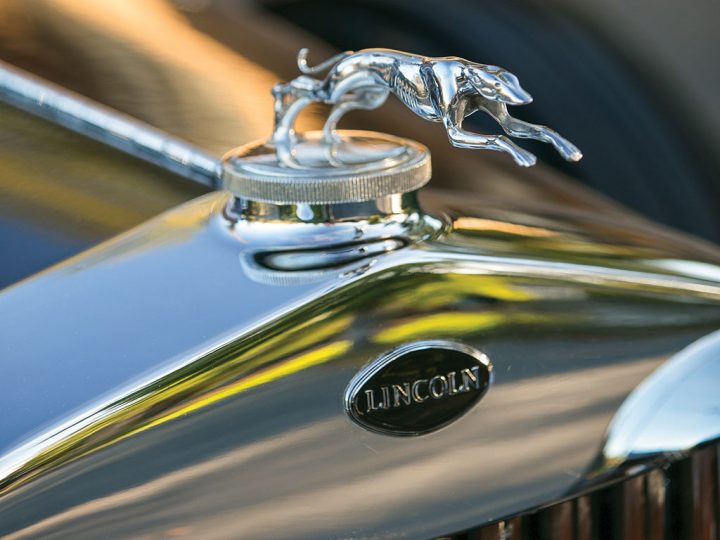 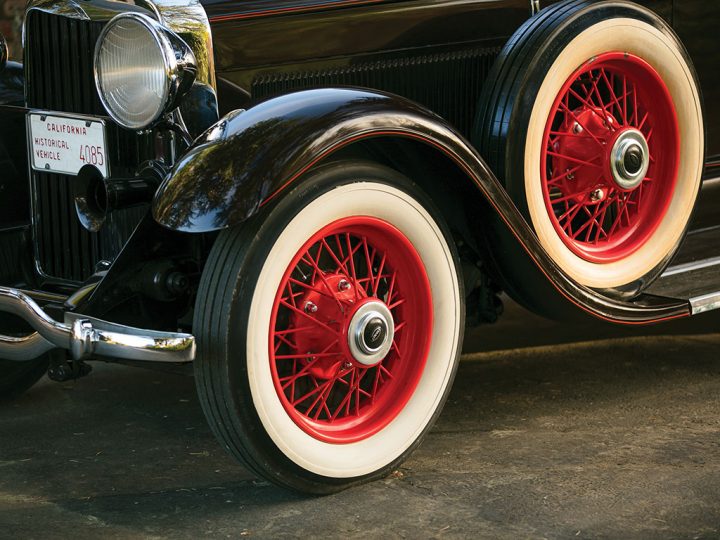 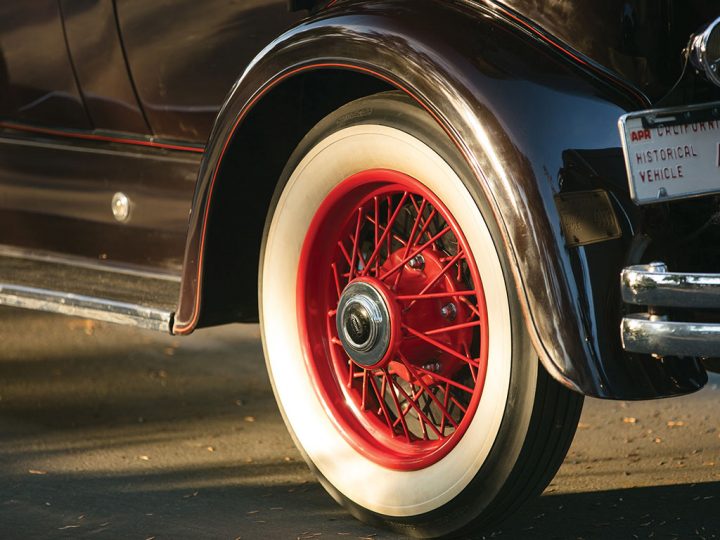 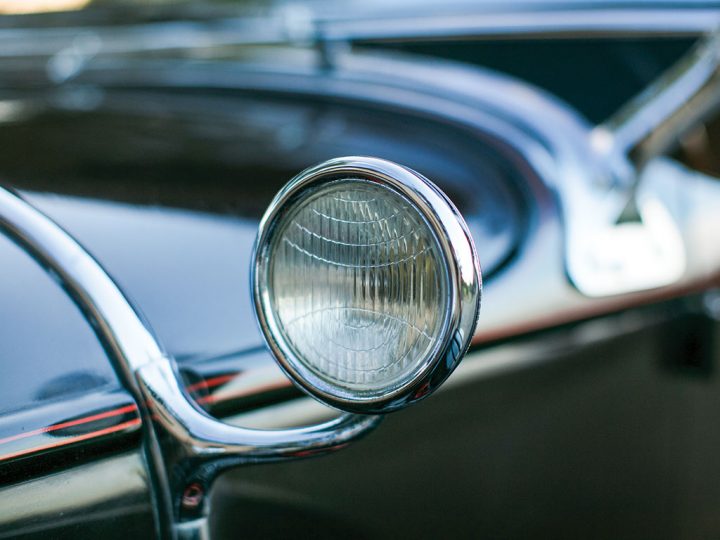 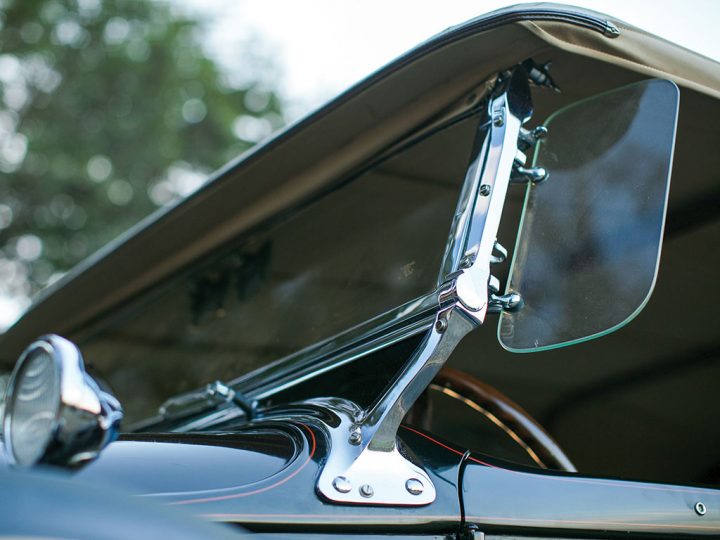 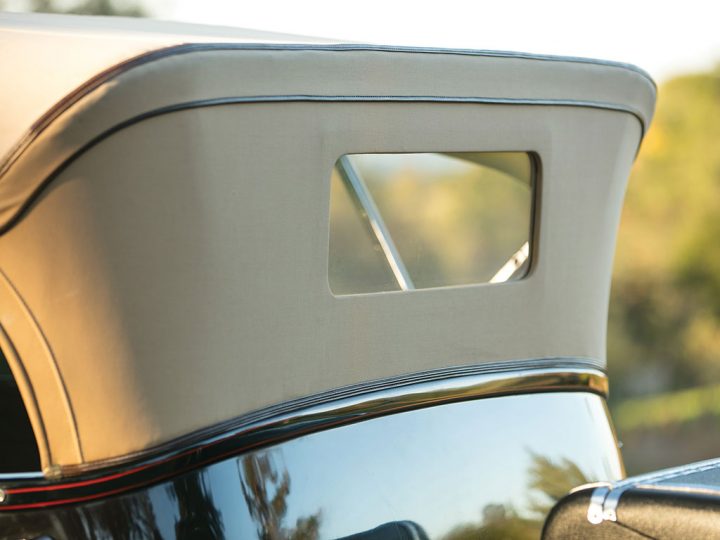 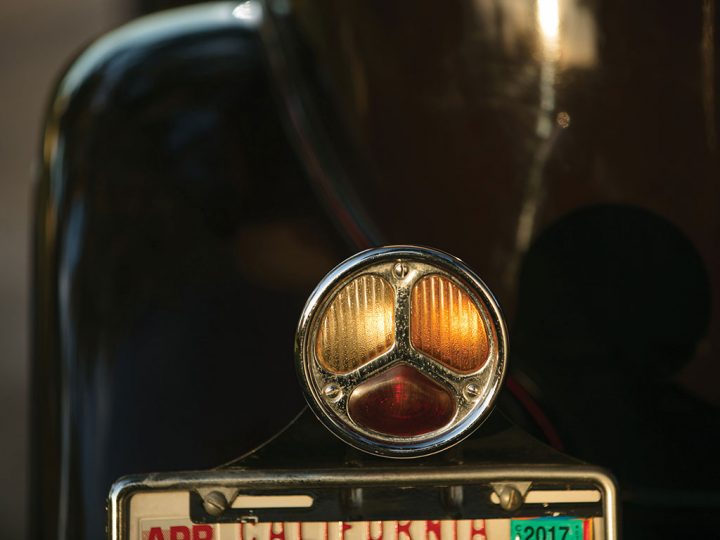 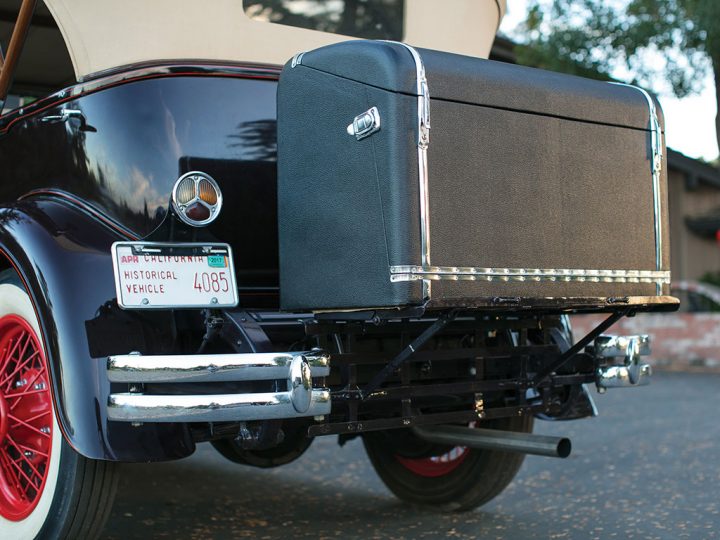 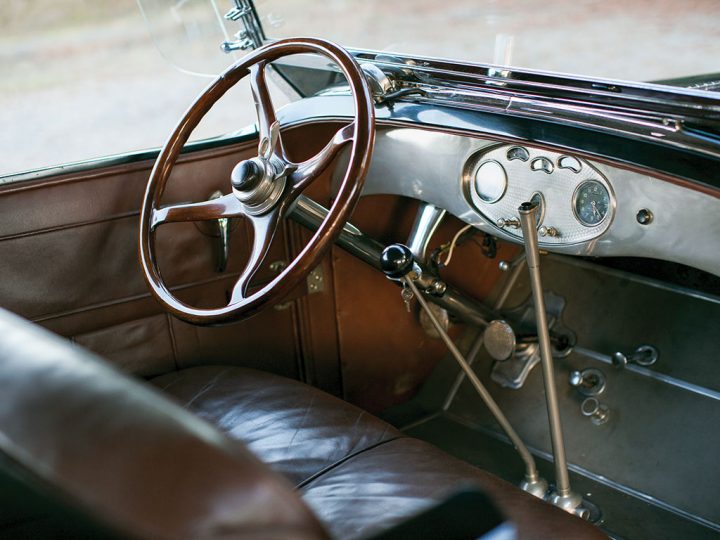 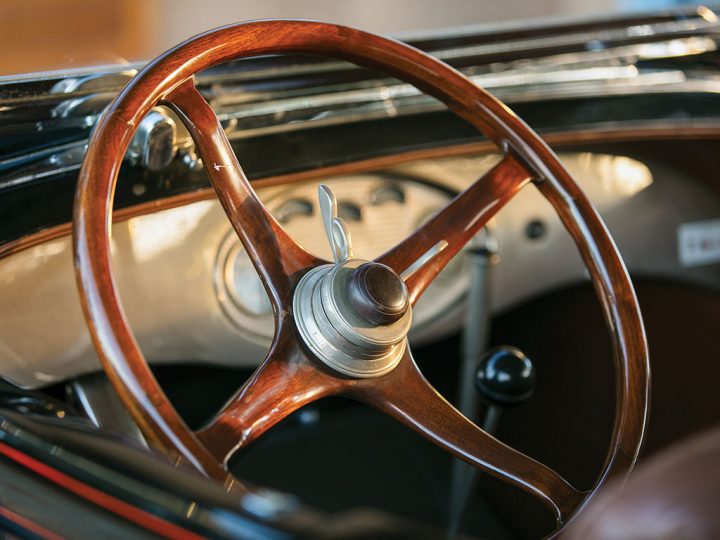 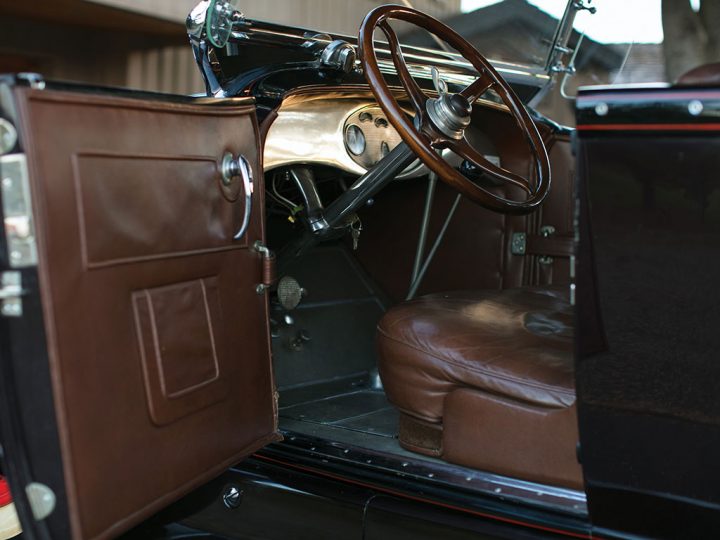 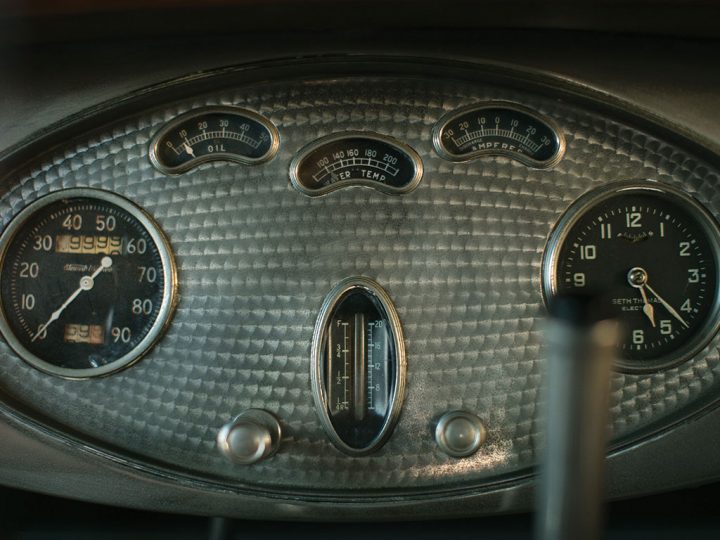 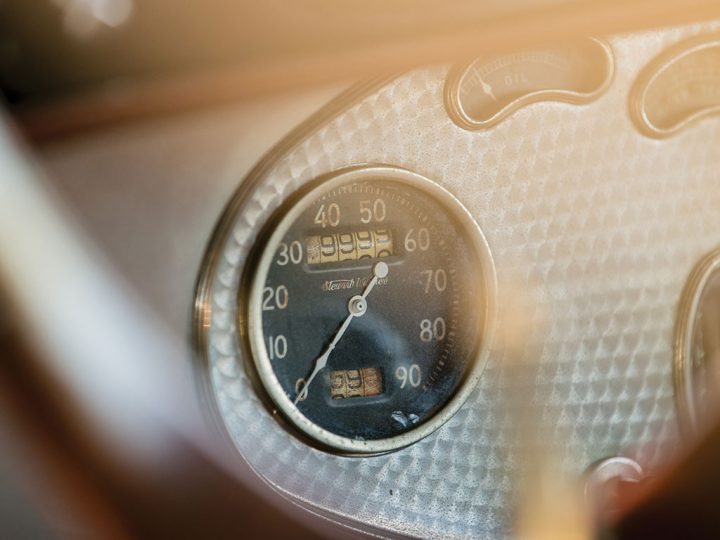 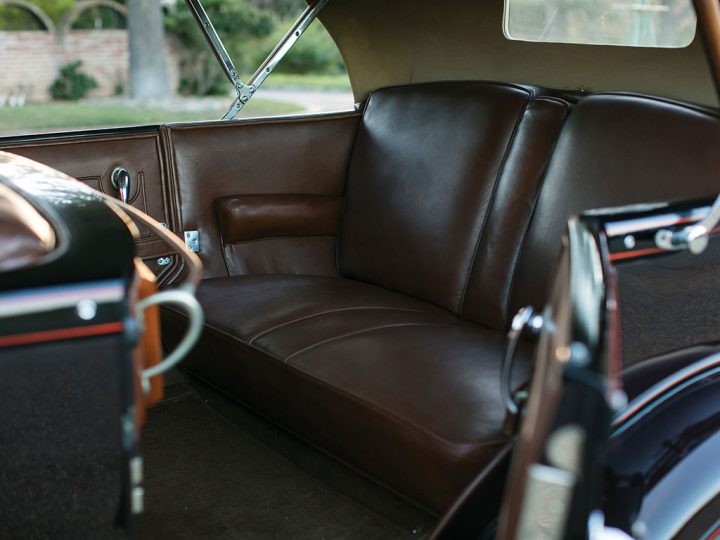 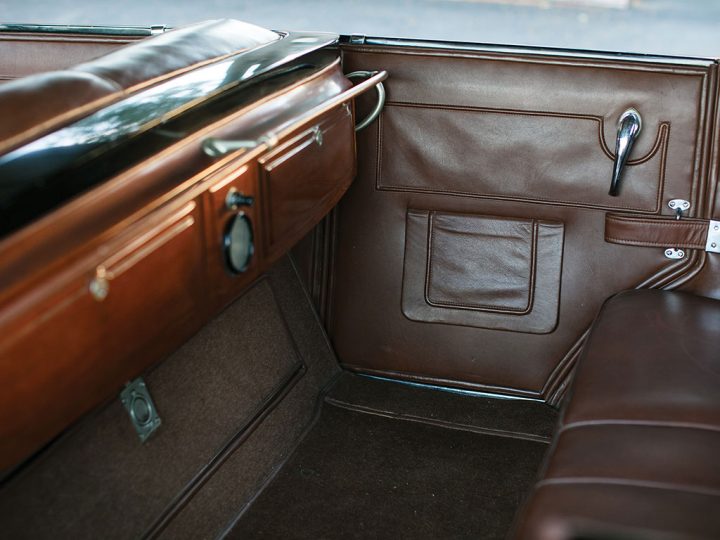 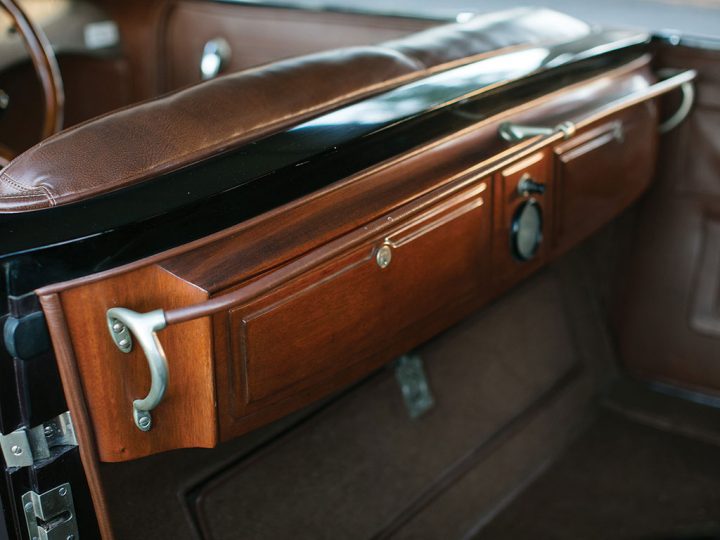 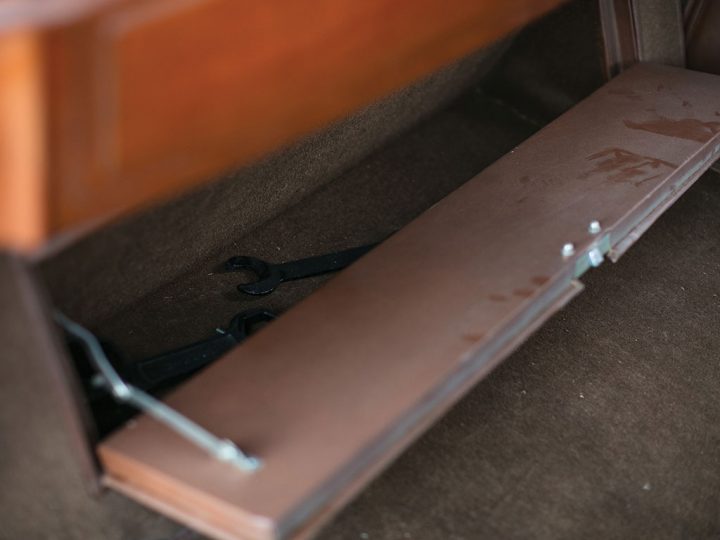 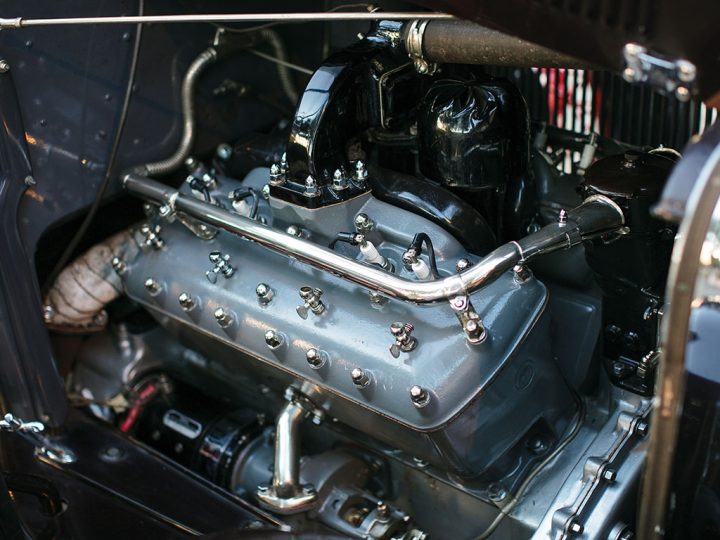 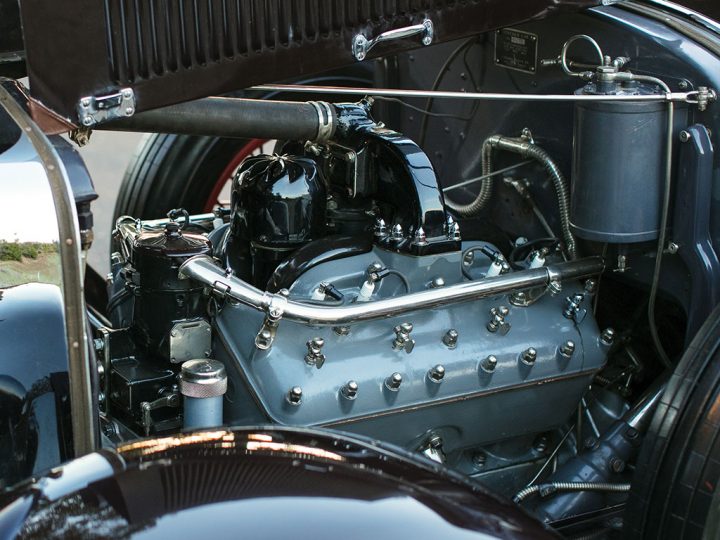 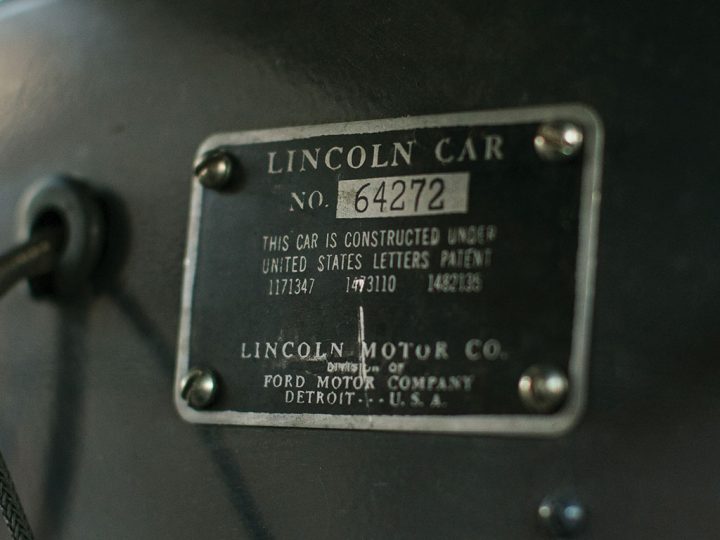