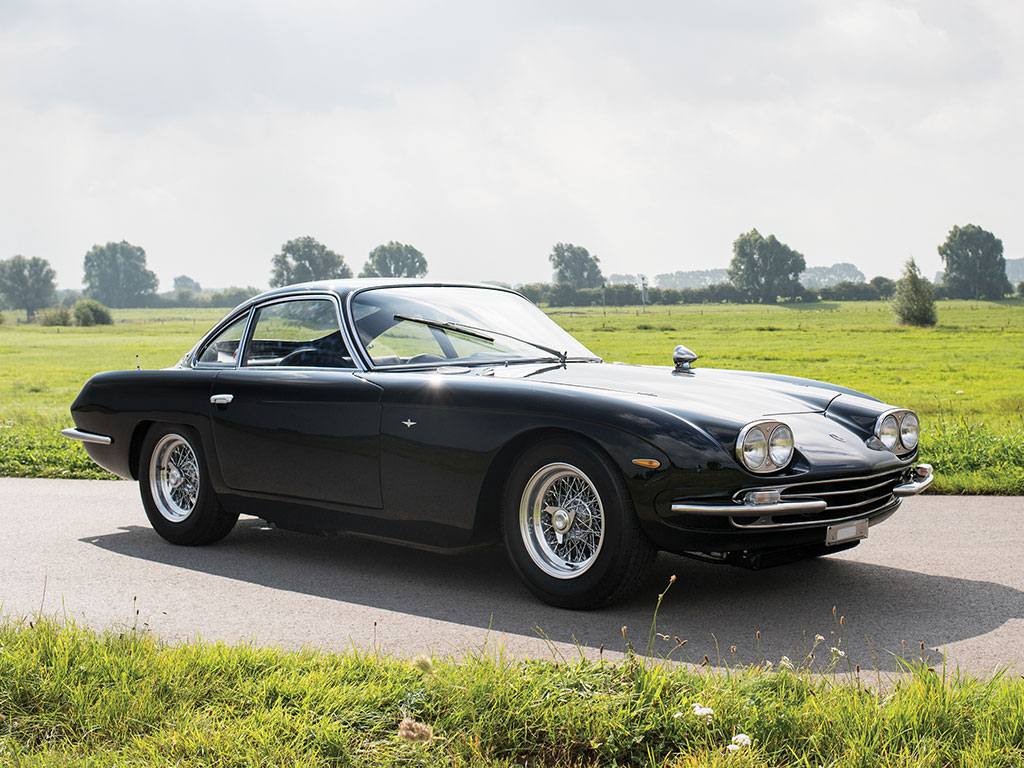 Lamborghini cemented its status as the new Italian marque to beat the success of its introductory model, the 350 GT. Distinctly beautiful, incredibly fast and wonderfully easy to drive, the 350 GT was a seemingly perfect car. The model eventually evolved into the 400 Interim, which featured an enlarged engine. However, the market was ripe for a slightly larger touring car with all the speed and elegance of the 350 GT.

Presented here is the 400 GT 2+2, first shown at the 1966 Geneva Auto Show. This model featured additional vestigial rear seating and subtle styling alterations, seen here in the slightly different roofline and quad headlights, but remained on the same wheelbase. Additional changes included lowering the floor pan, raising the rood and creating additional interior room by reversing the upper and lower control arms in the suspension arrangement.

Most importantly, the 400 GT 2+2 utilised the enlarged engine of the 400 Interims, which resulted in an increase in horsepower to a substantial 320 bhp. Chassis number 0595 retains an original type engine, which was hailed by Autocar as ‘so nearly silent that it is hard to believe that 12 pistons and 24 valves are shuttling up and down just ahead of one’s feet’. All-around suspension was via double wishbones with four-wheel disc brakes, and the car also included a Lamborghini-built five-speed gearbox that was designed by Gian Paolo Dallara, which replaced the earlier ZF-derived unit and was considered to be superior by aficionados.

Only 247 Lamborghini 400 GTs were manufactured between 1966 and 1968, and amongst them was the car offered here, chassis number 0595. According to information obtained from a Lamborghini historian, it was completed on 21 July 1966 and originally finished in Silver Grey with a black interior. This factory information also notes that the car was prepared for the Swiss market. The finished 400 GT was delivered to dealer Garage Foitek, of Zürich, and was sold later that year.

According to past records, the original Swiss owner owned chassis 0595 for 30 years before selling it into Germany, where it has remained ever since. It was restored by the third owner, and repainted to the now Black with matching interior. Accompanied by a copy of the original Swiss papers, and current German documents, this 400 GT 2+2 has had relatively few owners and maintains the beauty of its older restoration.