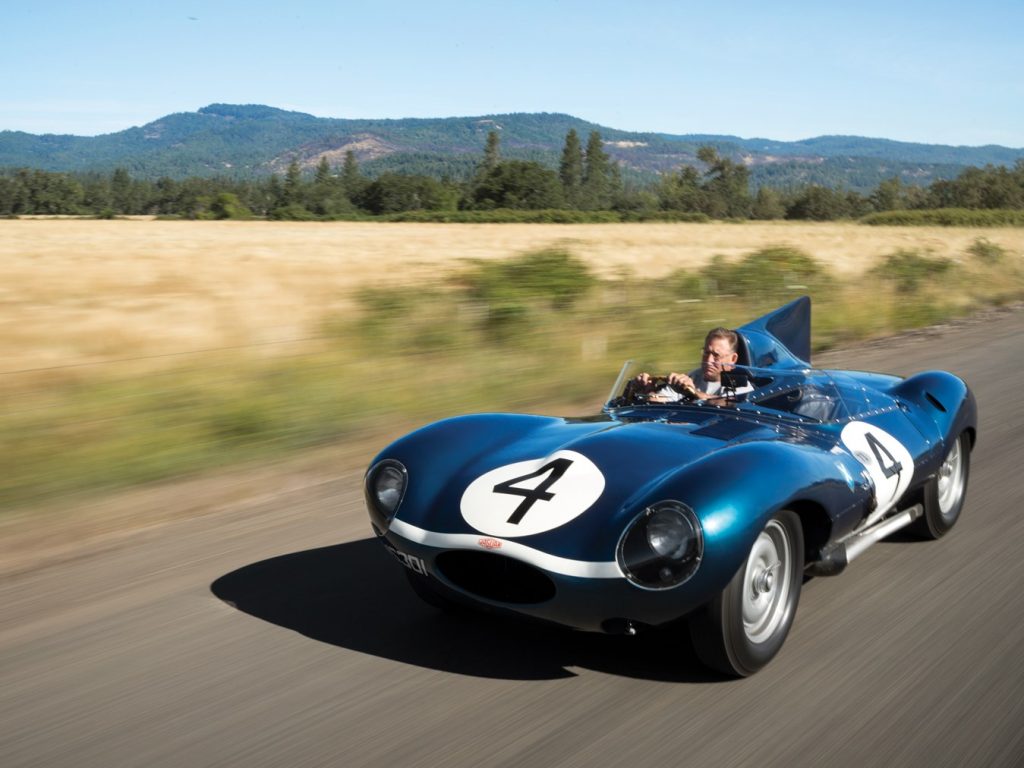 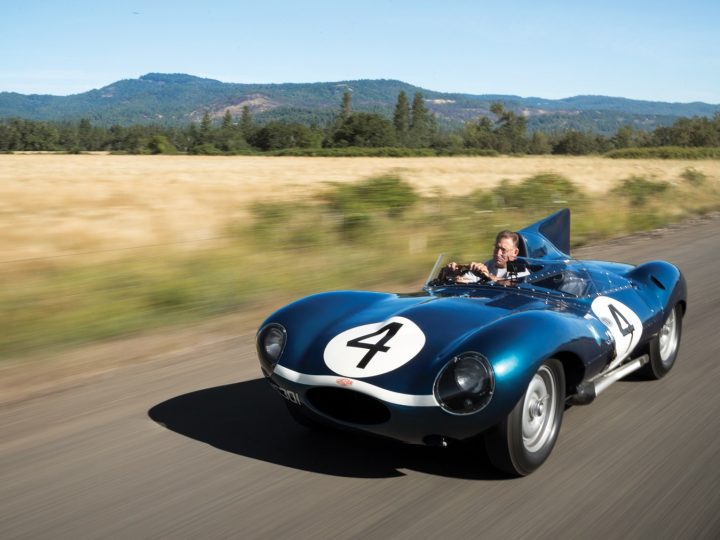 Chassis number XKD 501 was the first 1955 customer car produced, sold to the Scottish racing team Ecurie Ecosse, and dispatched on 4 May 1955. A principal factory customer, Ecurie Ecosse was founded in 1951 and successfully ran C-Types through the early 1950s before eventually purchasing several D-Types. XKD 501 was liveried in the team’s signature Scottish Flag Metallic Blue with the St. Andrews Cross emblazoned on the front fenders. It was initially entrusted to driver Jimmy Stewart, brother of the legendary Jackie Stewart. Jimmy unfortunately crashed the D-Type twice during practice in May 1955. Each time the car was returned to the factory for repairs.
XKD 501 was therefore sidelined during June 1955, when Jaguar entered three longnose D-Types at Le Mans and played an unwitting role in one of motorsports’ most tragic disasters. Three laps into the race, team driver Mike Hawthorn, who had just lapped a much slower Austin-Healey, suddenly turned into the pits. The surprised Healey veered left to avoid hitting Hawthorn, pulling directly into the path of Pierre Levegh, who was driving one of Mercedes-Benzes new 300 SLRs. The SLR careened into the crowd, forever changing motorsports—yet the race continued. 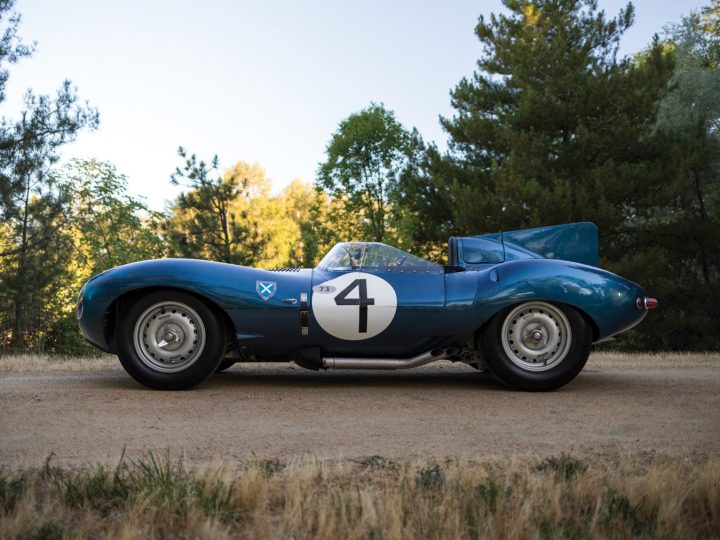 The following morning, while holding 1st and 3rd place, Mercedes-Benz withdrew from the race, and Hawthorn was left alone at the head of the pack, a full five laps ahead of the 2nd place finisher, the Aston Martin DB3S, driven by Paul Frere and Peter Collins. The D-Type had won its first Le Mans, but at no small cost to the state of racing.
Meanwhile, XKD 501 appeared at the Leinster Trophy on 9 July, where Desmond Titterington took the car to 9th overall and 1st in class. Ecosse driver Ninian Sanderson assumed driving duties at the British GP on 17 July, claiming 6th place.
Titterington returned to action in early August, finishing 1st and 2nd at the races at Charterhall, and then enjoyed two 1st-place finishes at Snetterton a week later. Sanderson rotated in for a 1st and 2nd place at Crimond, and the two drivers teamed up for a 2nd place finish during the nine-hour race at Goodwood on 20 August. Another 2nd place by Titterington at Aintree on 3 September completed the 1955 season. 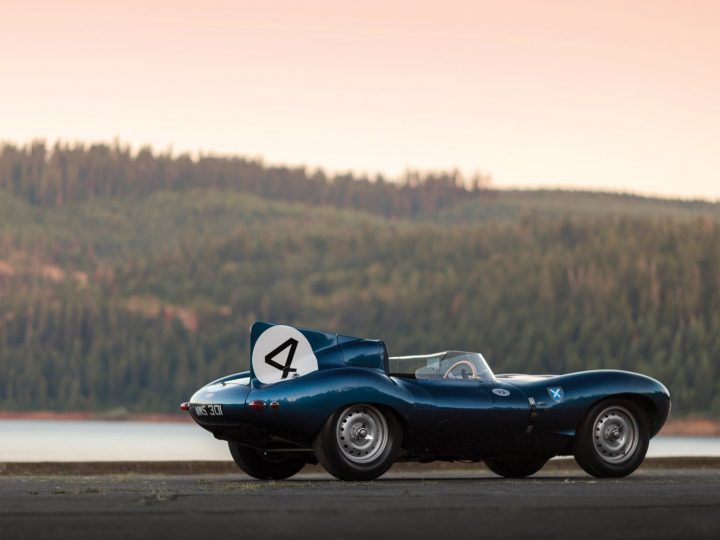 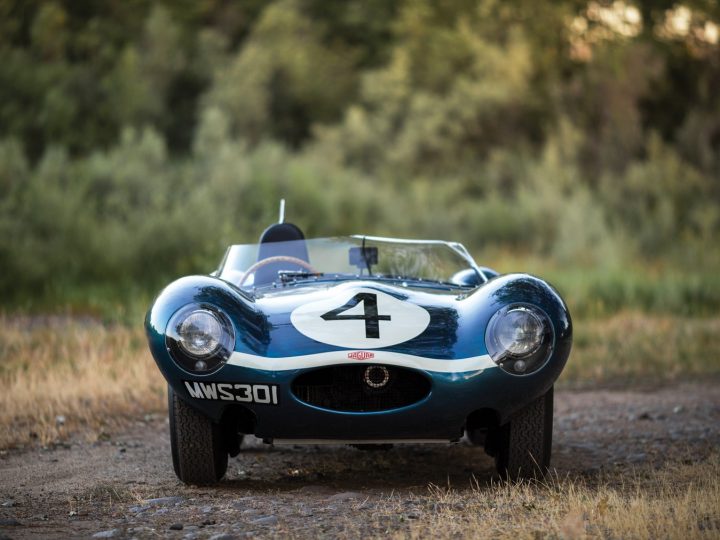 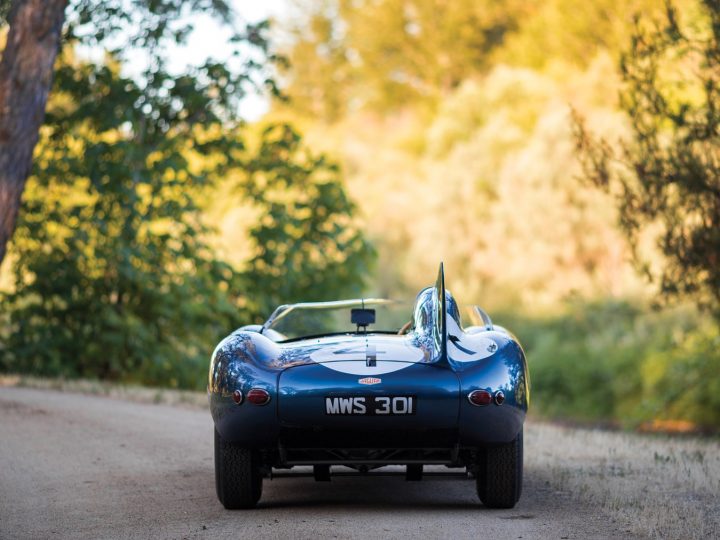 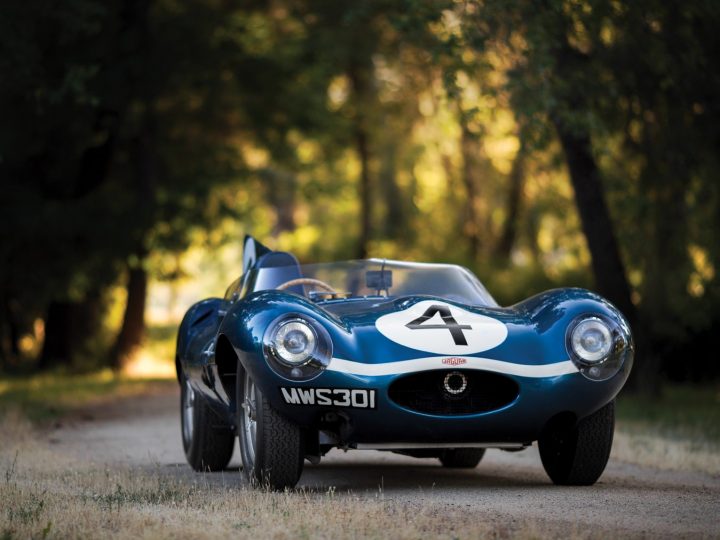 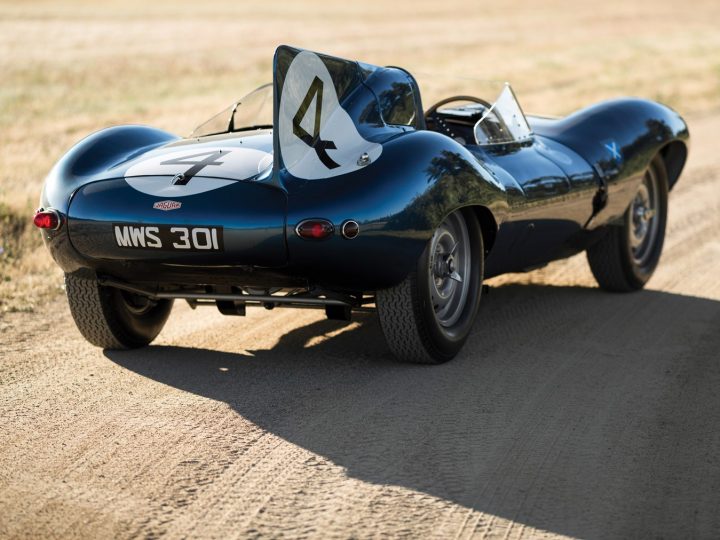 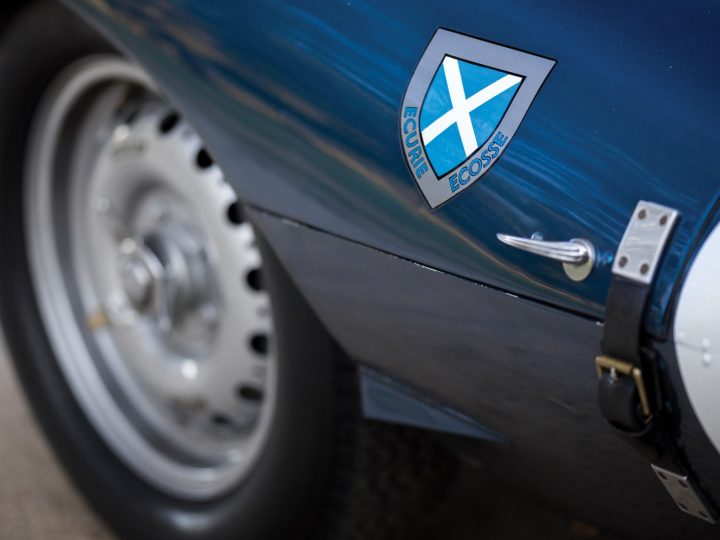 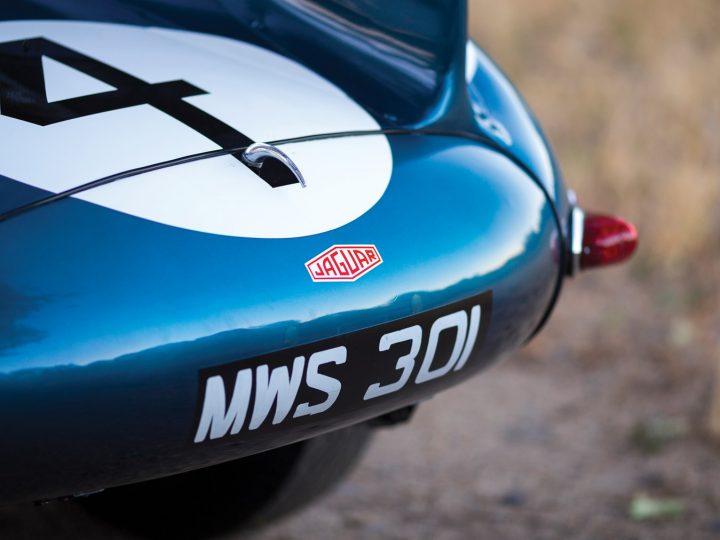 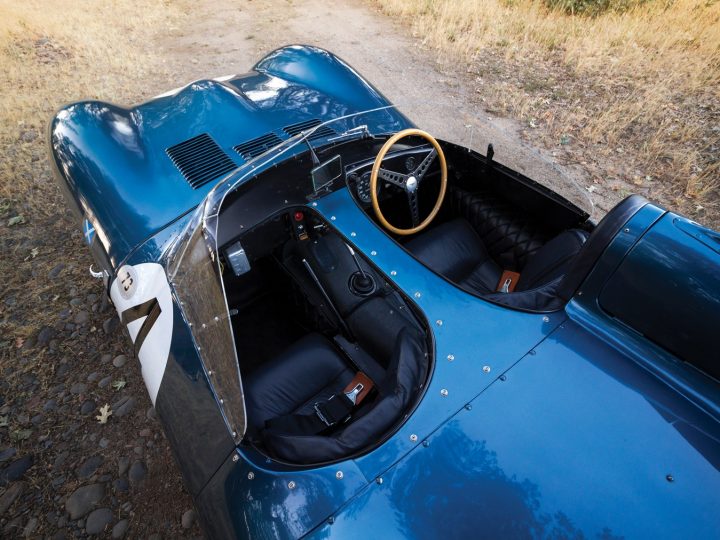 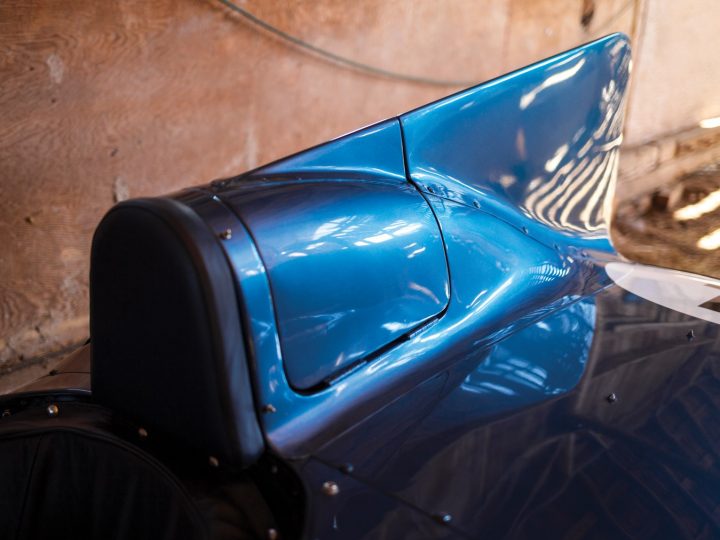 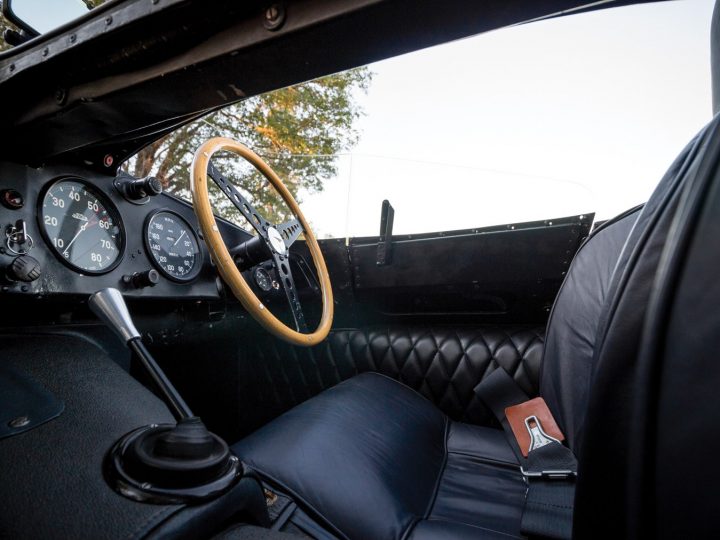 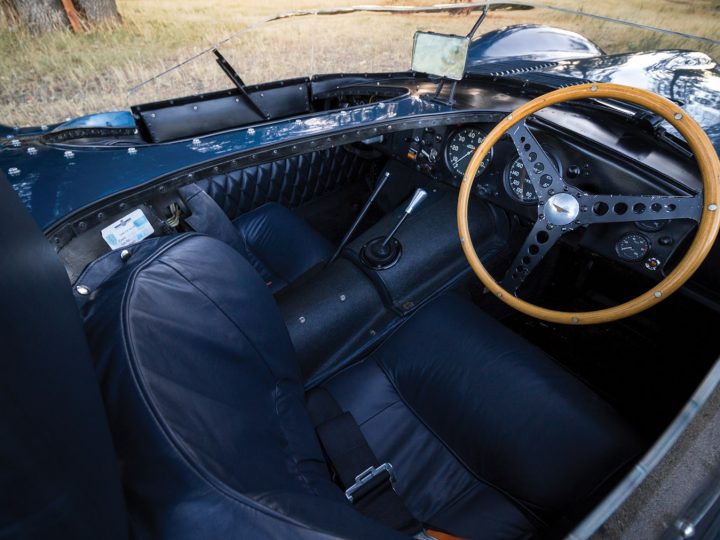 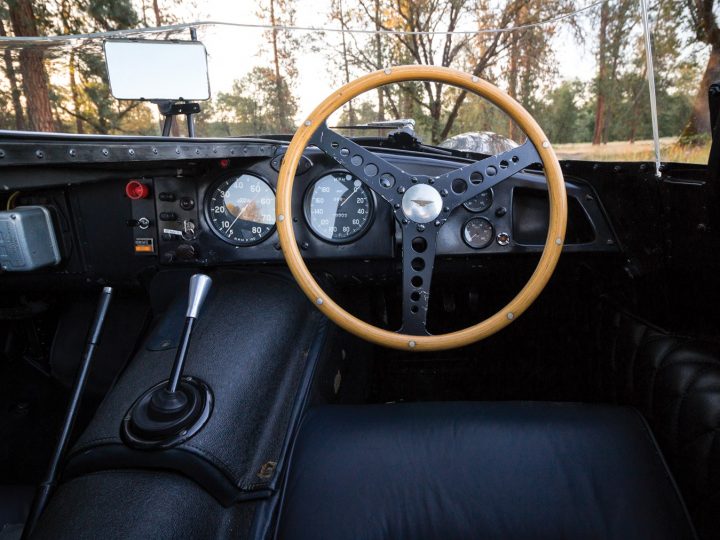 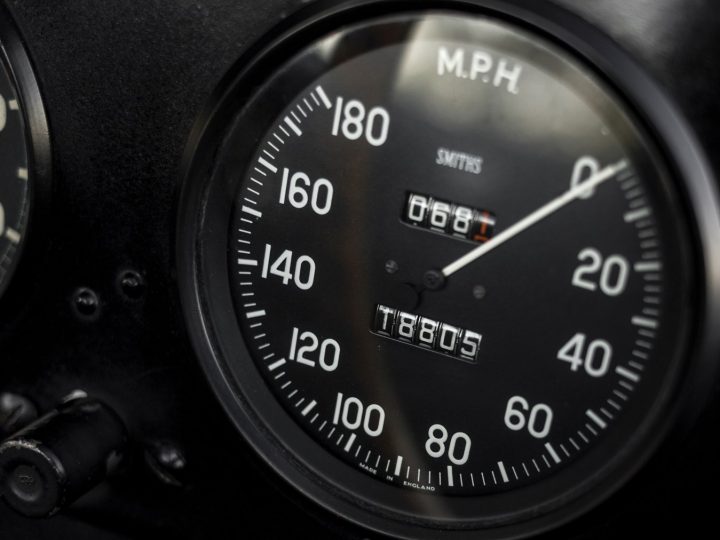 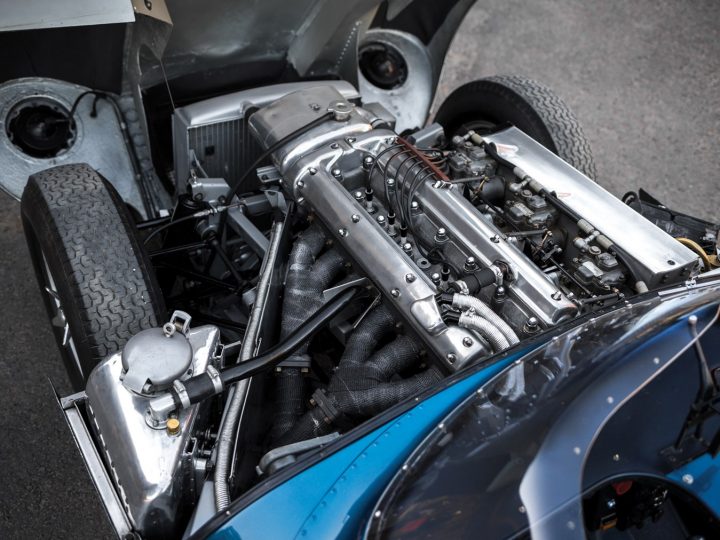 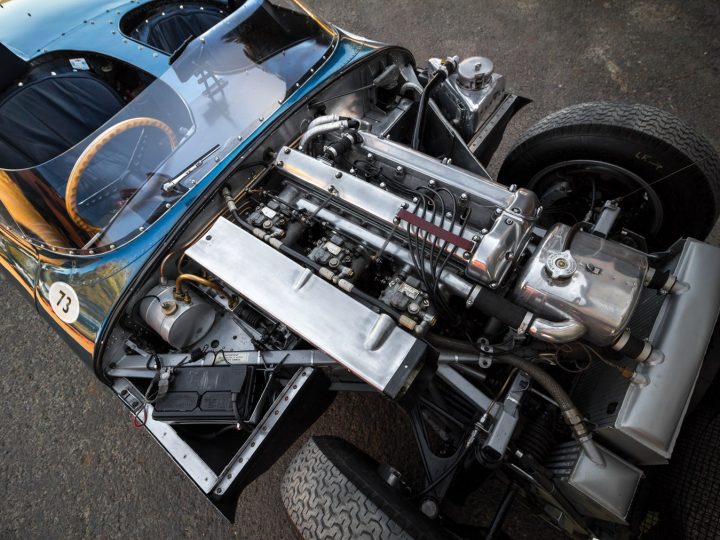 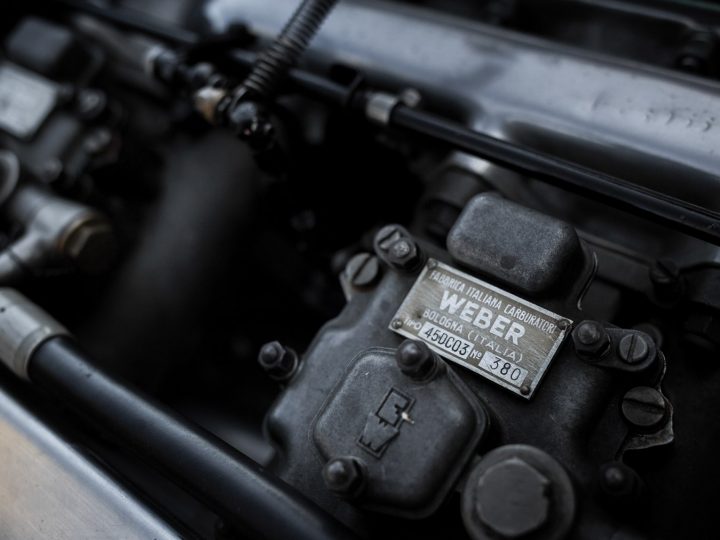 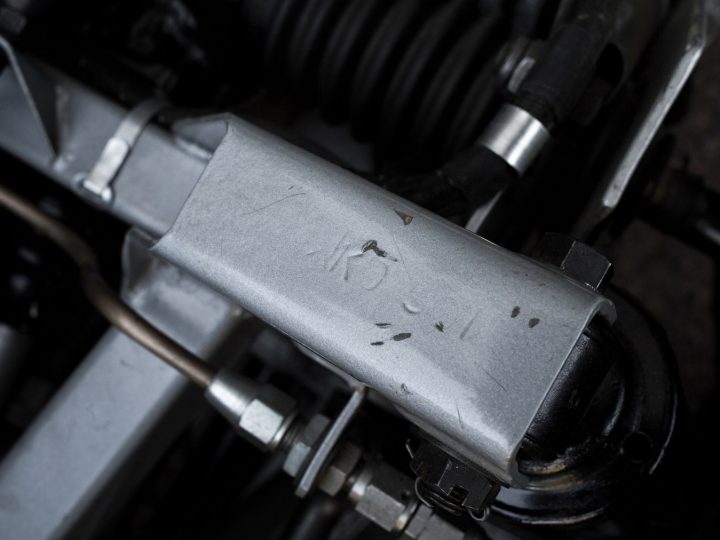 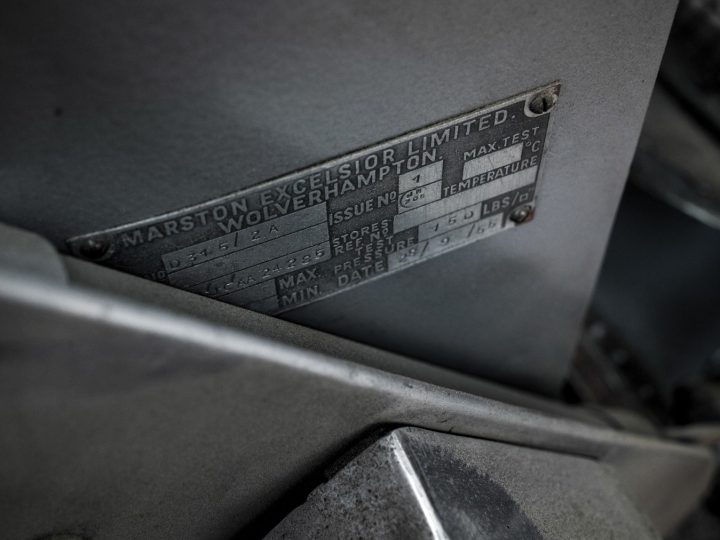