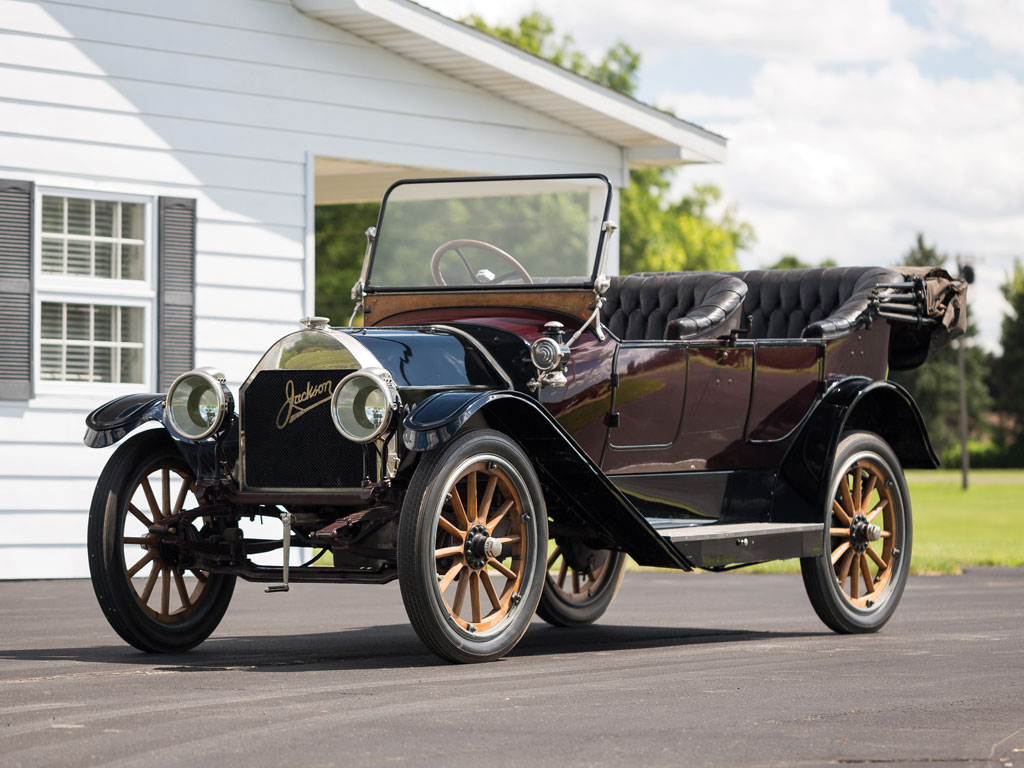 Named for its location in Jackson, Michigan, the Jackson was one of several early automobiles developed by prolific engineer Byron J. Carter. Initially a bicycle manufacturer, the firm branched out into automobiles at the turn of the 20th century, initially with an internal-combustion horseless carriage, then with two steam models, and finally with a return to gasoline models, with which the company would find growing success (albeit without Carter’s leadership) in the early 1900s. Jackson’s engineers developed what was, for the period, some very beautifully built and powerful automobiles, which remained in production until the early 1920s. 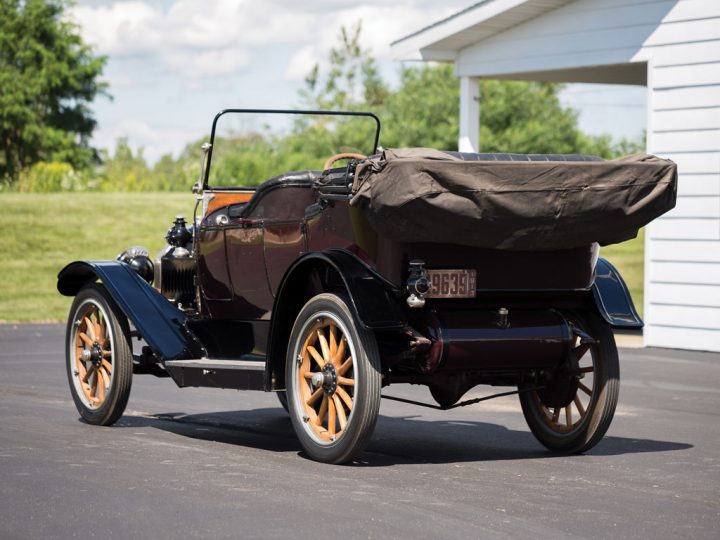 The handsome 40-horsepower Sultanic Five-Passenger Touring offered here was acquired by its present owner several years ago here in Hershey. He notes that aside from an ancient enthusiast-era repaint and, of course, the tires, it is 100 percent original, including an exceptionally well-preserved leather interior that, save for some minor drying and cracking, is in fine condition for its age. Under the hood is clean, detailed, and well presented, as would be expected from a car that is believed to have only 2,386 actual miles at the time of cataloguing—not bad for an automobile that was built 102 years ago! Not surprisingly, its owner notes that “it is as tight as a new car.” It has been re-commissioned and put into running and driving order for the sale and is accompanied by a copy of the original bill of sale from 1913. 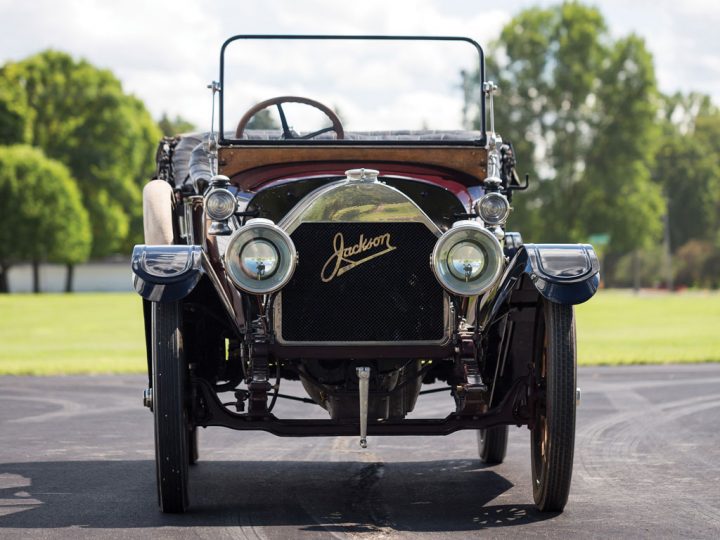 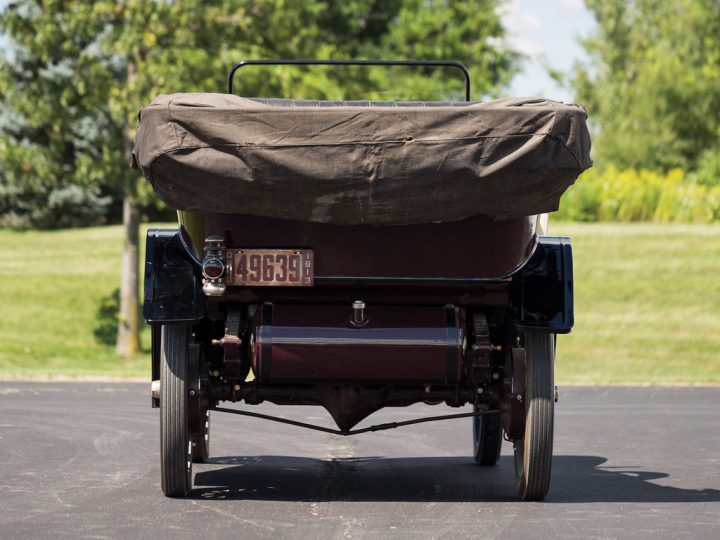 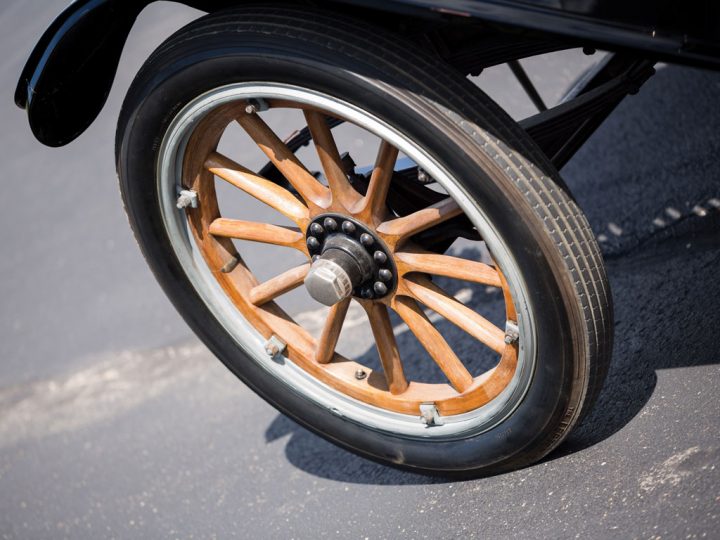 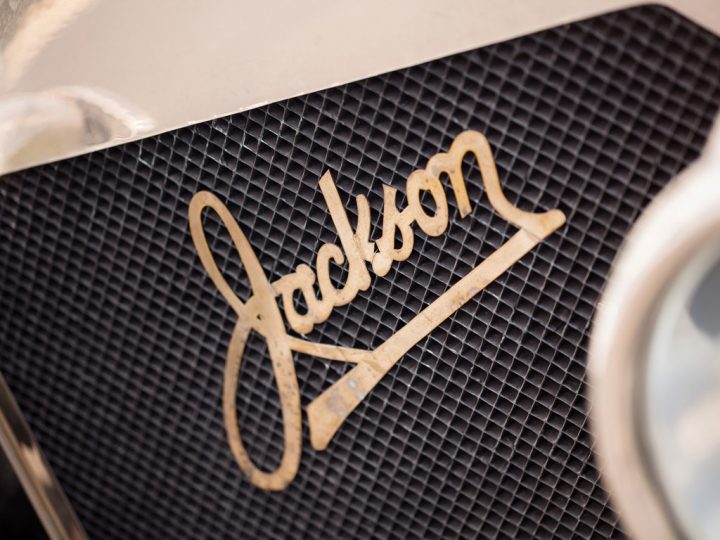 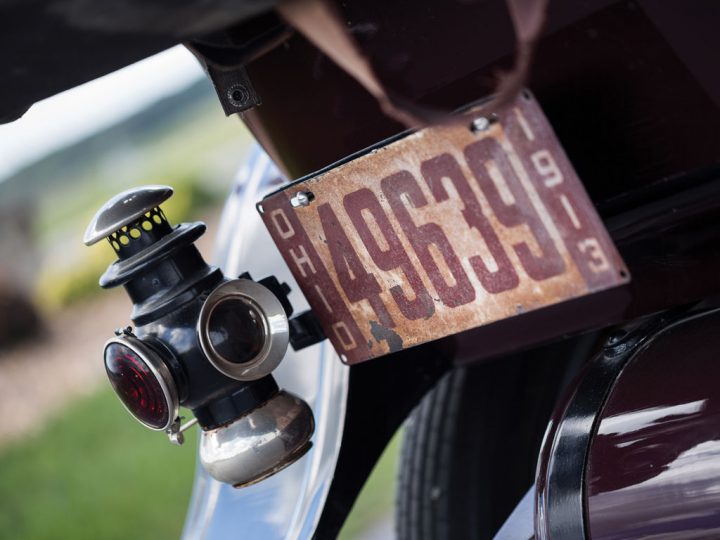 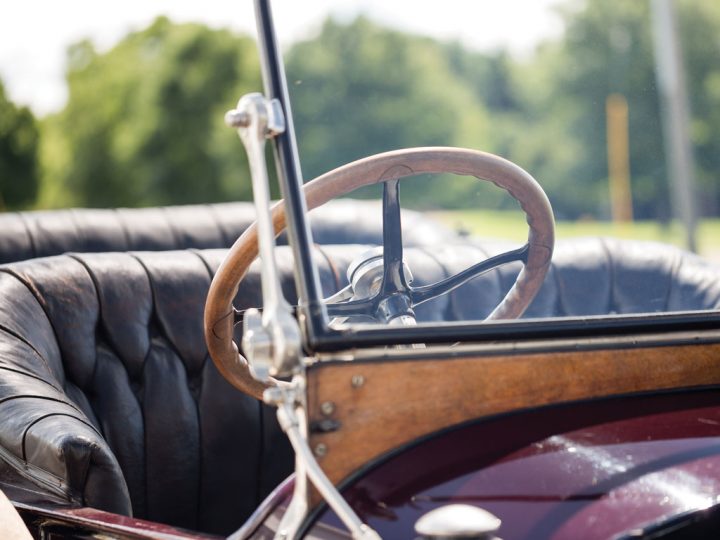 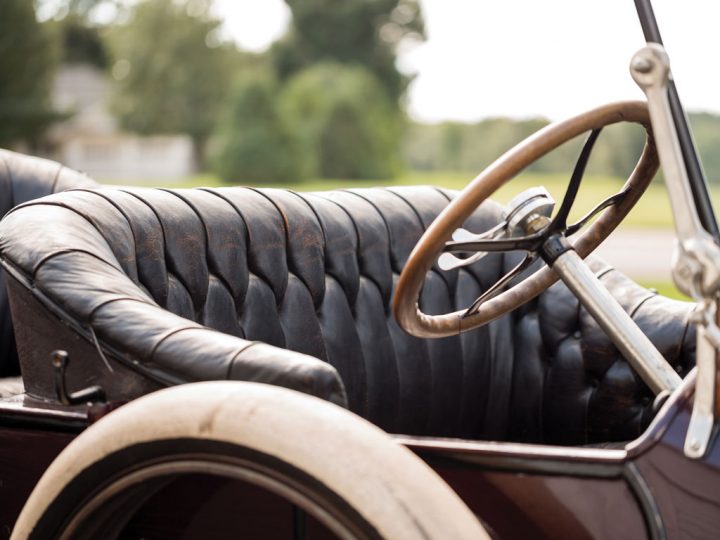 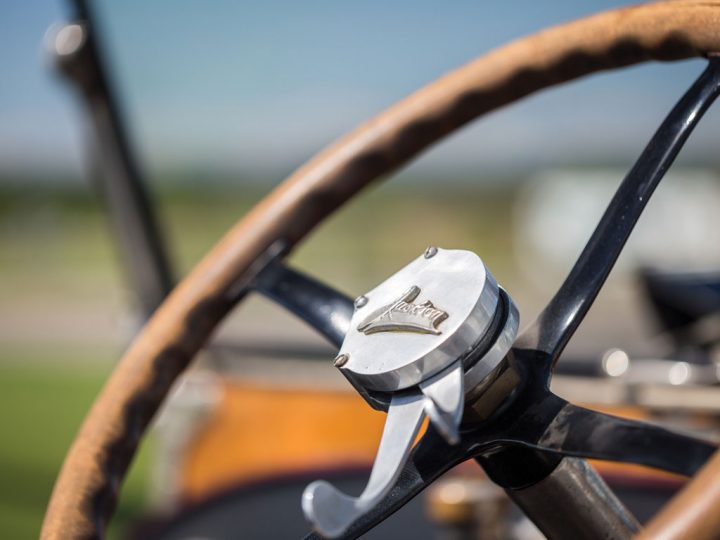 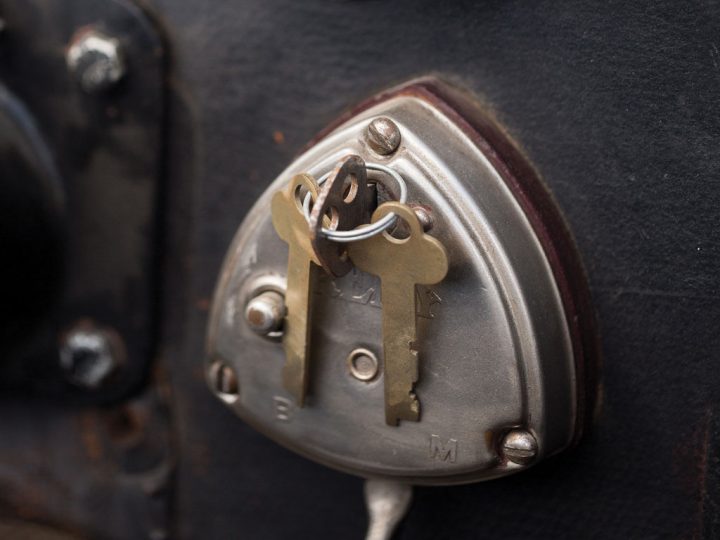 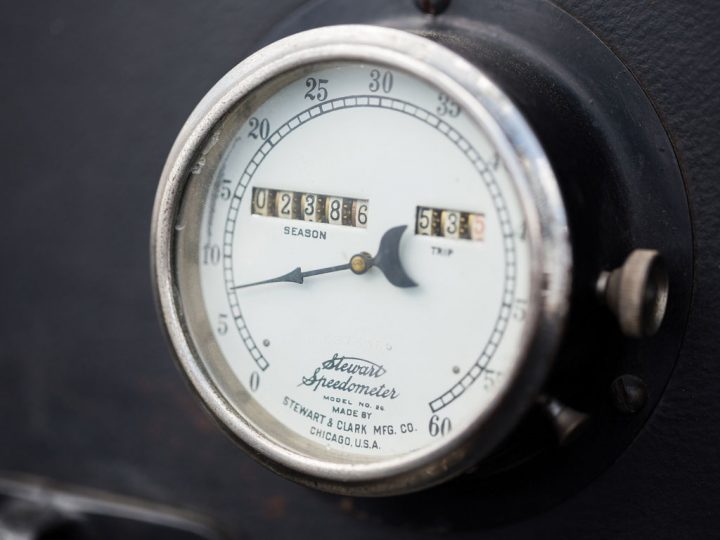 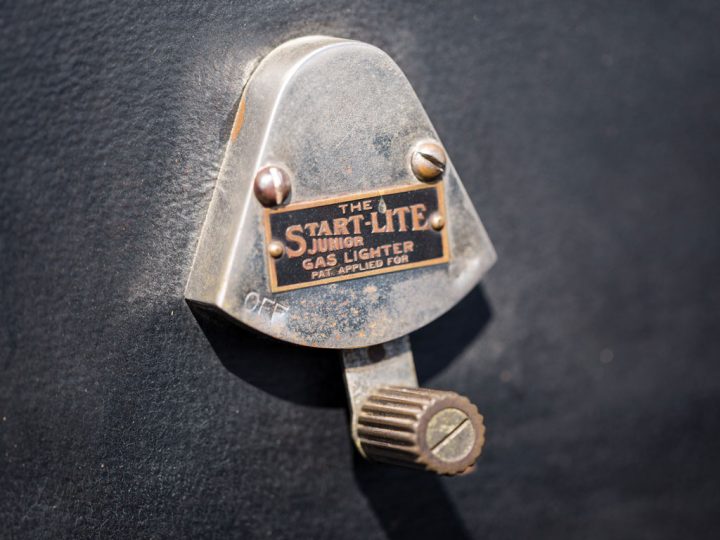 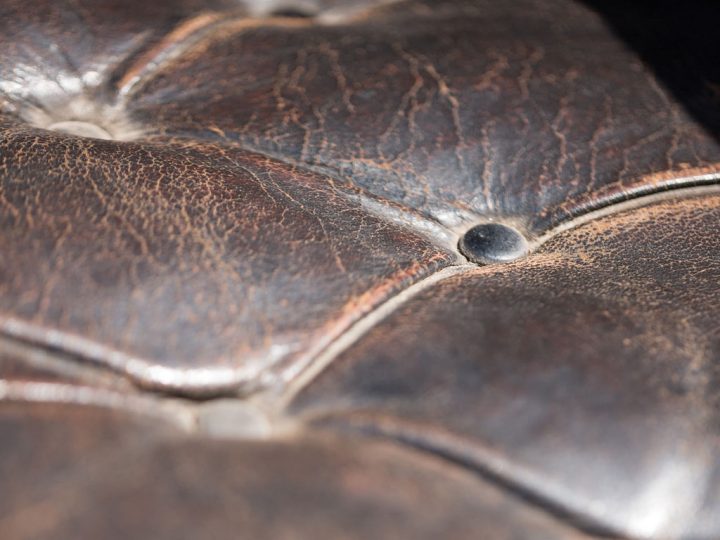 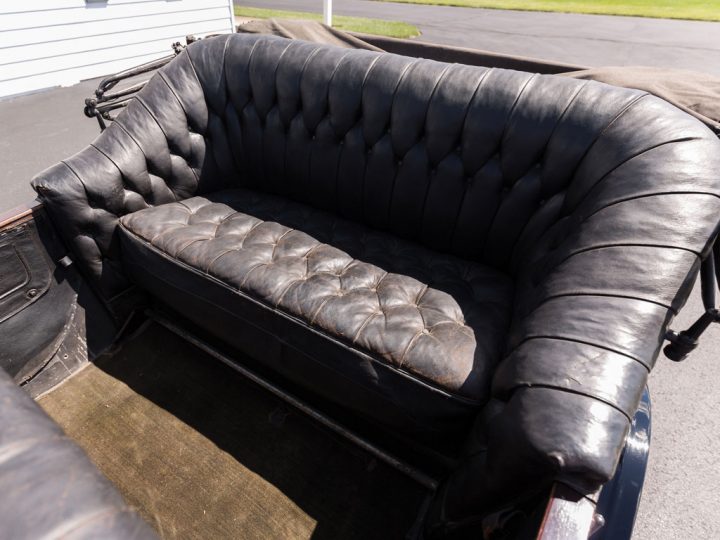 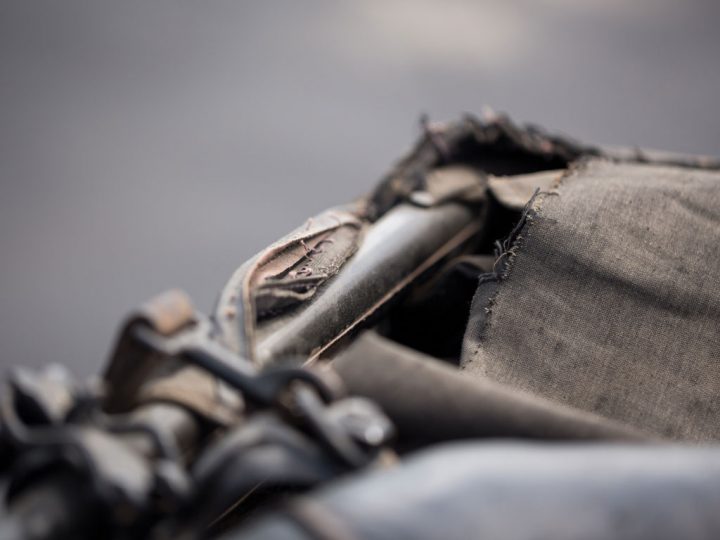 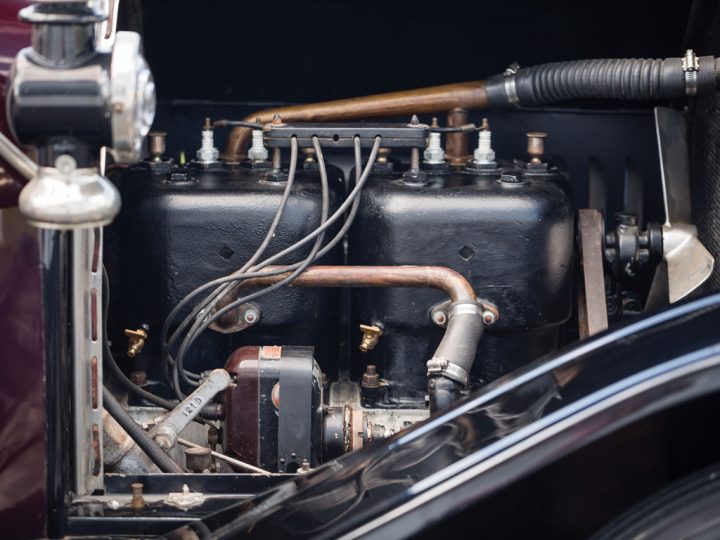 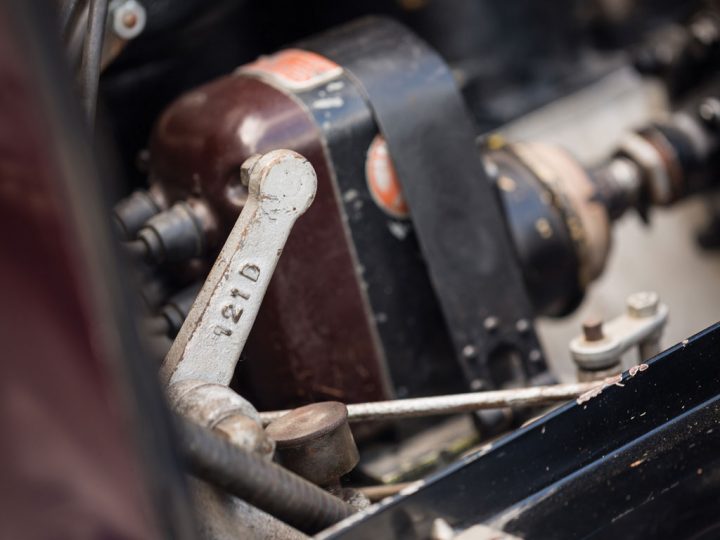 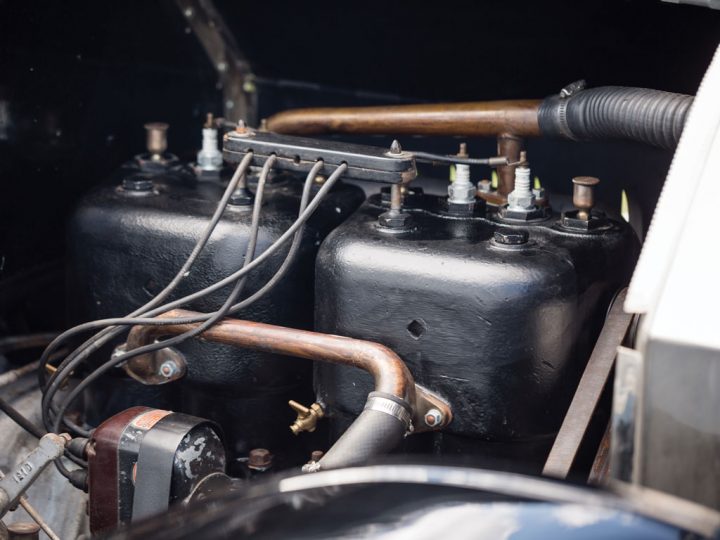