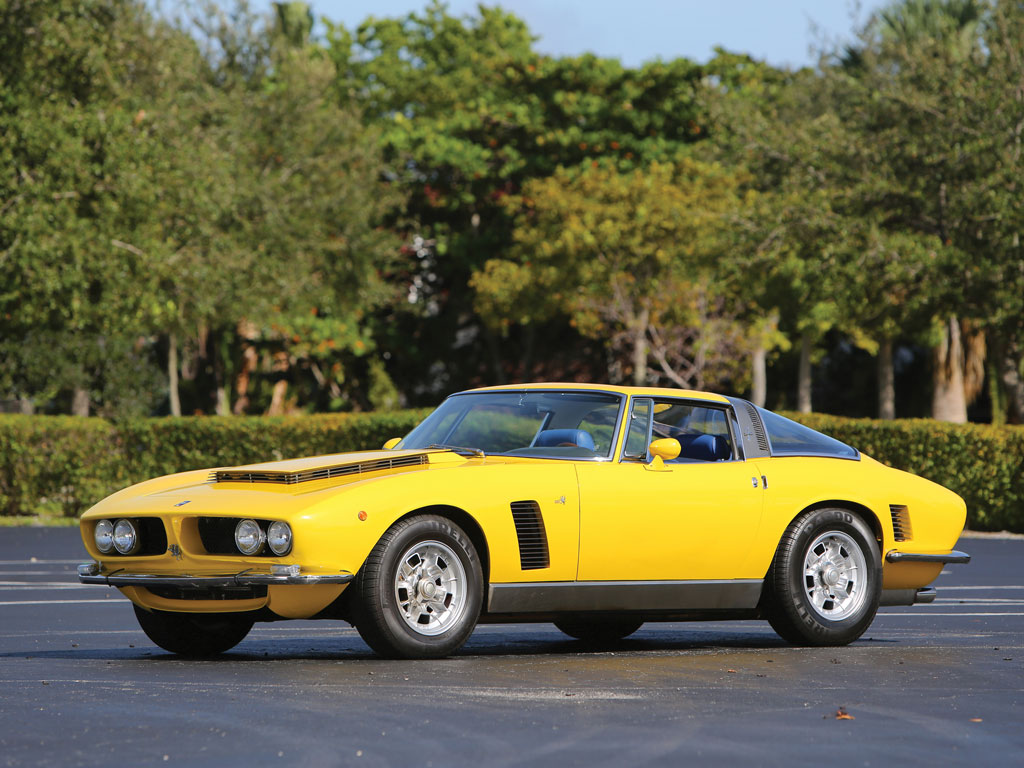 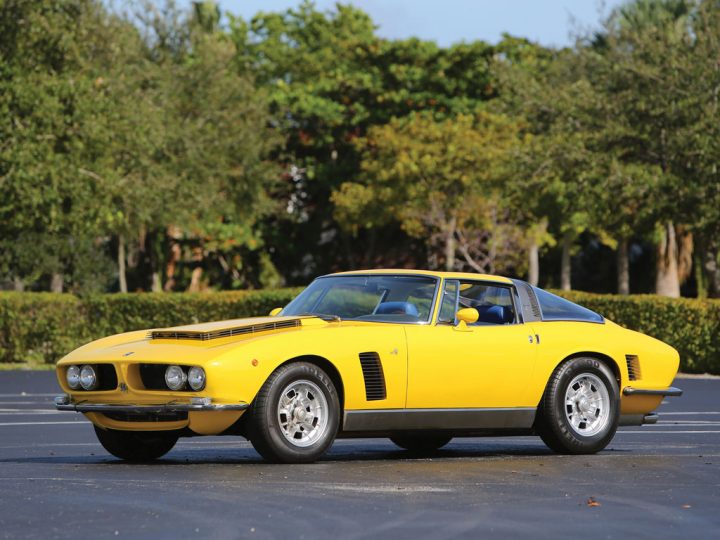 The Iso name is derived from the Isothermos refrigerators that Renzo Rivolta started building before World War II. Following the war, Rivolta recognized another Italian consumer need: transportation. Starting with scooters, Rivolta quickly expanded to the Isetta bubble-cars, which were later licensed to BMW. With the proceeds of the BMW-Isetta deal and continuing refrigerator sales, Rivolta, like many Italian industrialists, resolved to build a proper grand touring car. The Iso Rivolta, a Bertone-styled four-seat coupe, appeared in 1962 at the Turin Motor Show. 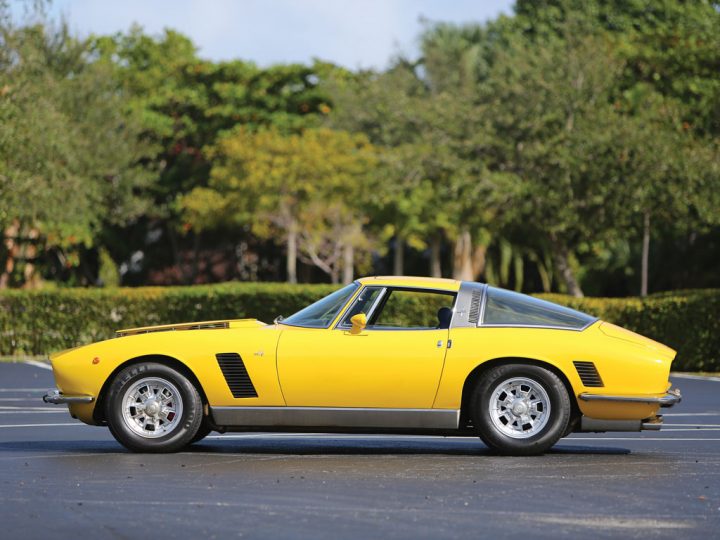 Rivolta relied on American engines to give his cars both exceptional performance and great reliability. The Grifo had all the elements of success: a range of perfected Chevy small and big block V-8 engines; a competent chassis designed by one of Italy’s greatest automotive engineers and designers, Giotto Bizzarrini; and a svelte Bertone body that had been designed by Giorgio Giugiaro. According to Motor Trend, Bertone referred to the production Iso Grifo Coupe as his masterpiece. As it utilized the best aspects of American and Italian automotive design, it managed to look both sensual and aggressive simultaneously, while also proving to be an exceptional grand touring automobile. With a height of less than 47¼-inches, an aggressive quad-headlight design, and sporty styling details, such as engine cooling grids on the wings, the Grifo’s design was certainly very impressive. Only 471 were ever produced, over a healthy production run that lasted until 1974. 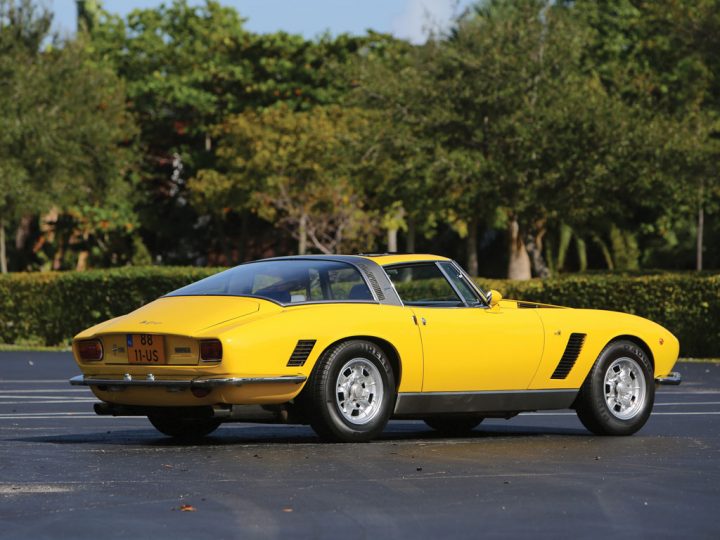 This 1968 Iso Grifo was delivered new to Dutch real estate mogul Maurits Caransa, who was kidnapped in 1977 and famously negotiated his own $4 million ransom payment. It was delivered to Caransa in white with a black interior, a 327-cubic inch engine, and an automatic transmission. 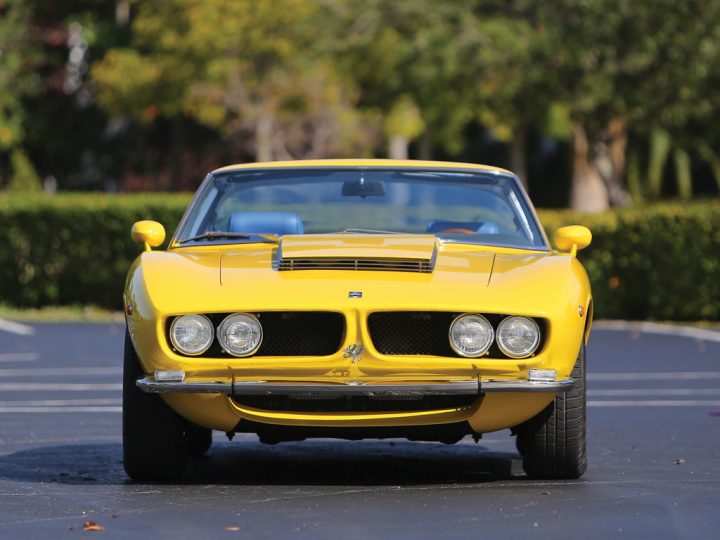 In the early 2000s, a subsequent owner entrusted the Iso to gurus Roberto and Federico Negri for a frame-off restoration. The chassis was fully restored, and the owner opted to have a big block engine and a new automatic transmission installed. He also requested the installation of Porsche ventilated disc brakes and power steering. The restoration was described by Federico as really complete, and the body was restored to perfection, with the work performed including a refurbishment of the front and rear clips, doors, and front bonnet, resulting in a crisp and thoroughly presented automobile. Most importantly, it retains its original and extremely rare Pavesi sunroof with its dual removable panels, making it one of only six examples built with this desirable option, and it is also equipped with factory air conditioning. 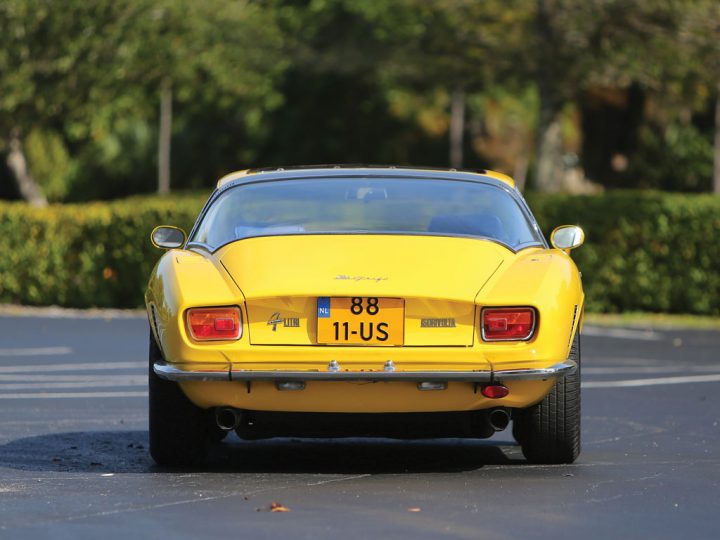 The restoration work was completed in 2005, at a reported cost of over €200,000, and the quality of work has held up extremely well, belying the age of the work performed. Today, the car is finished in the compelling color combination of yellow over a blue leather interior. 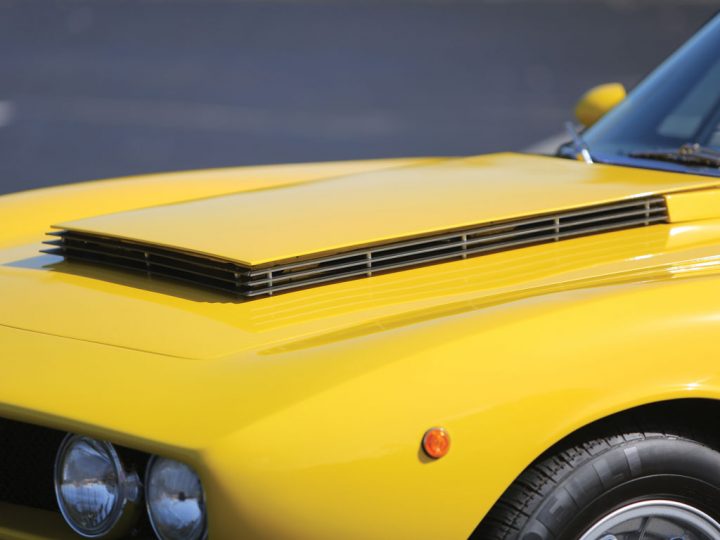 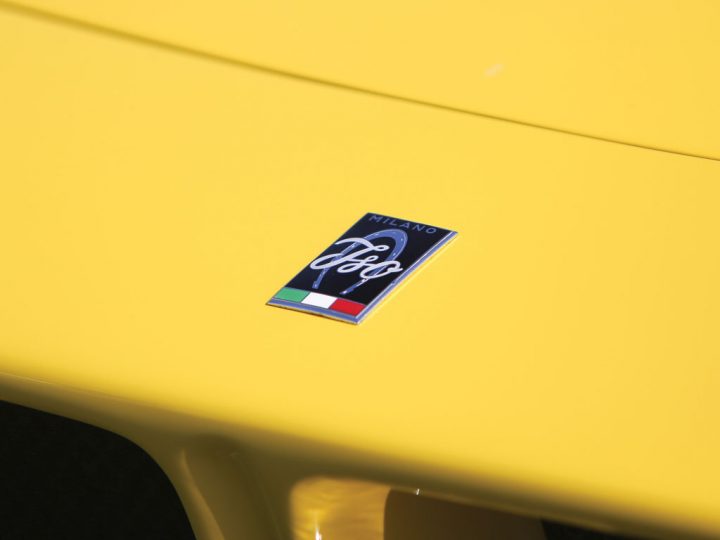 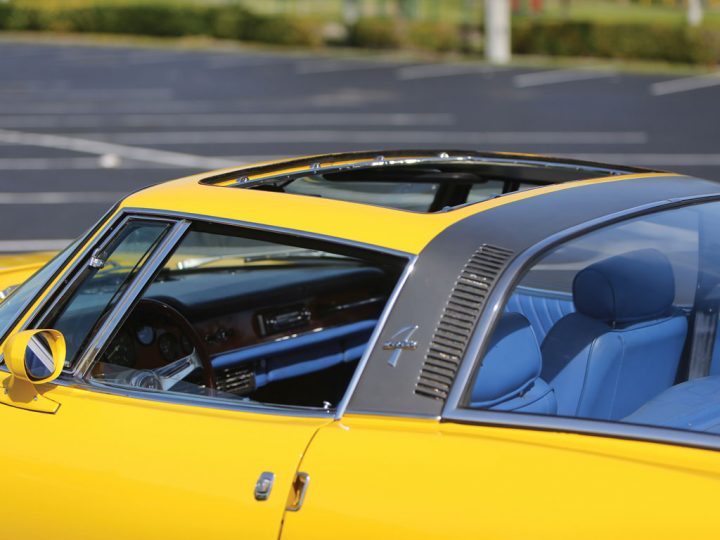 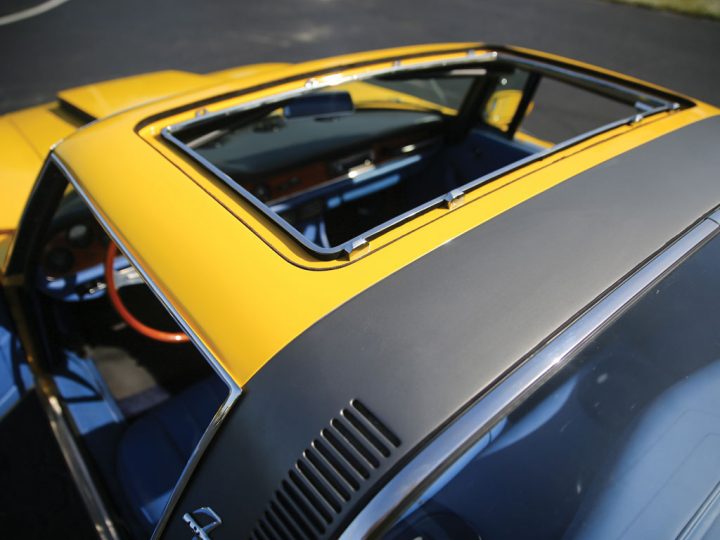 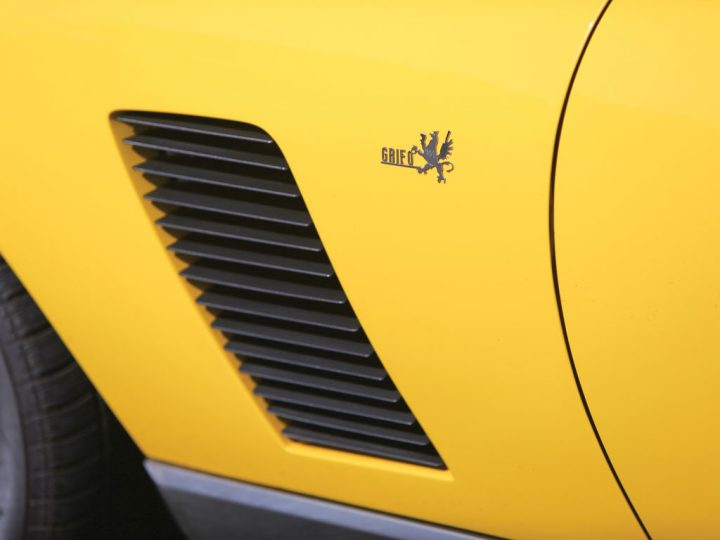 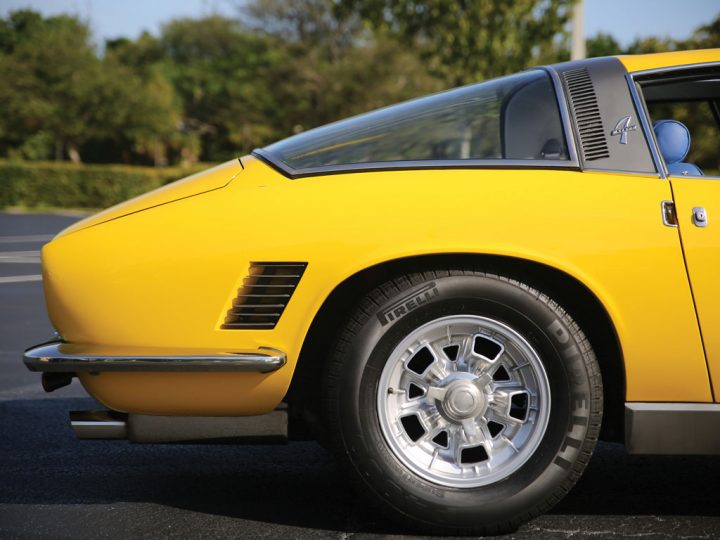 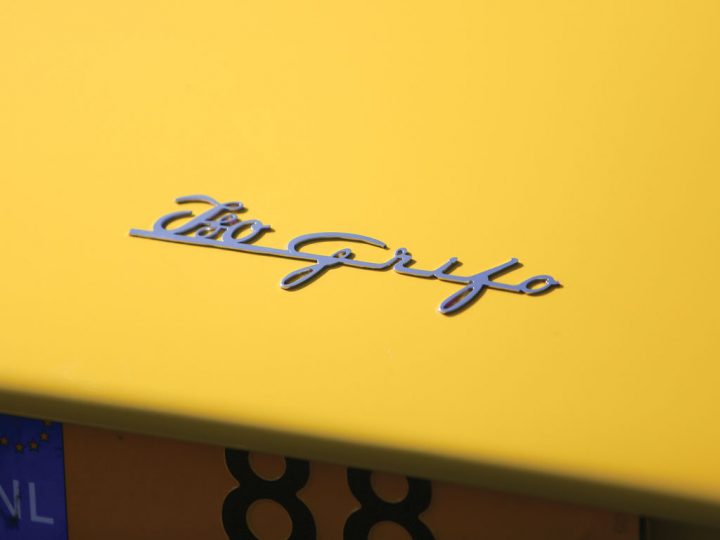 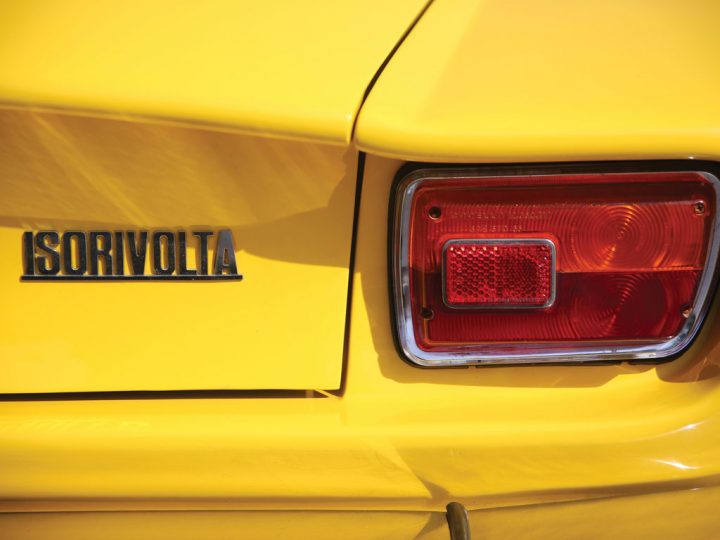 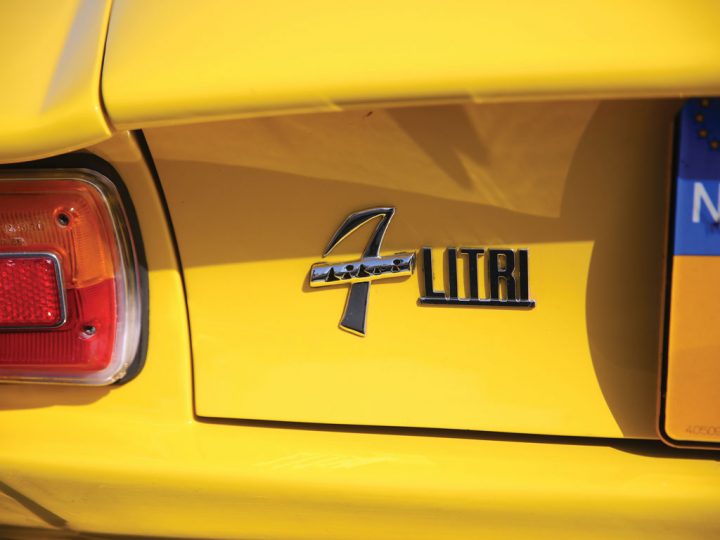 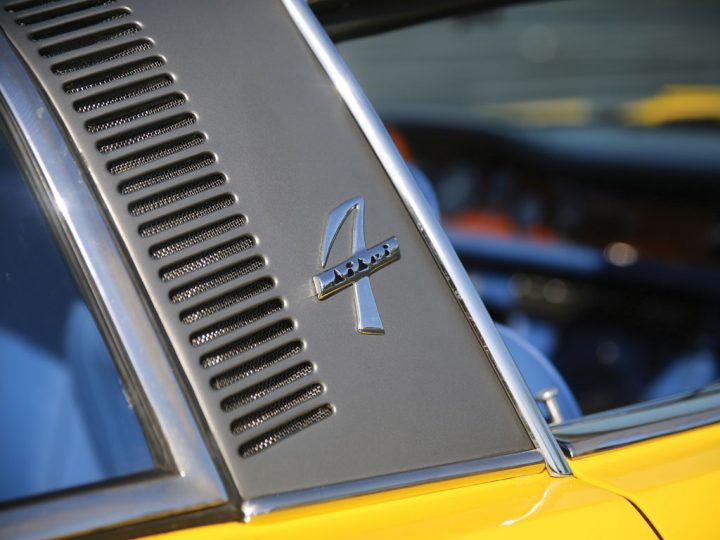 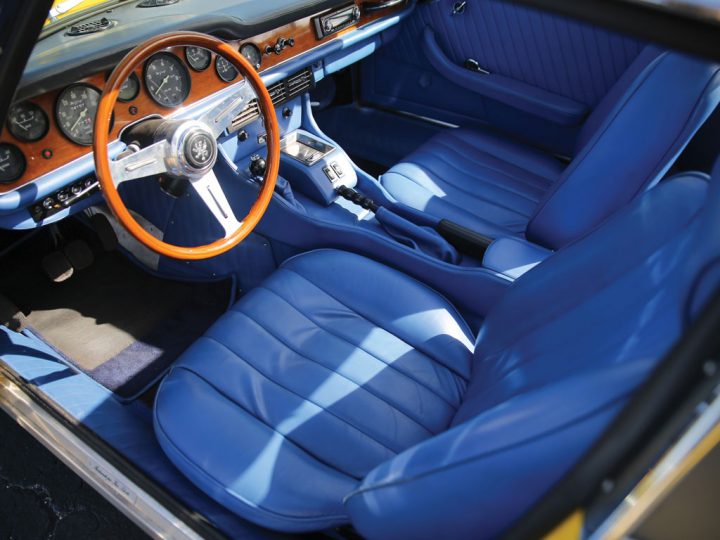 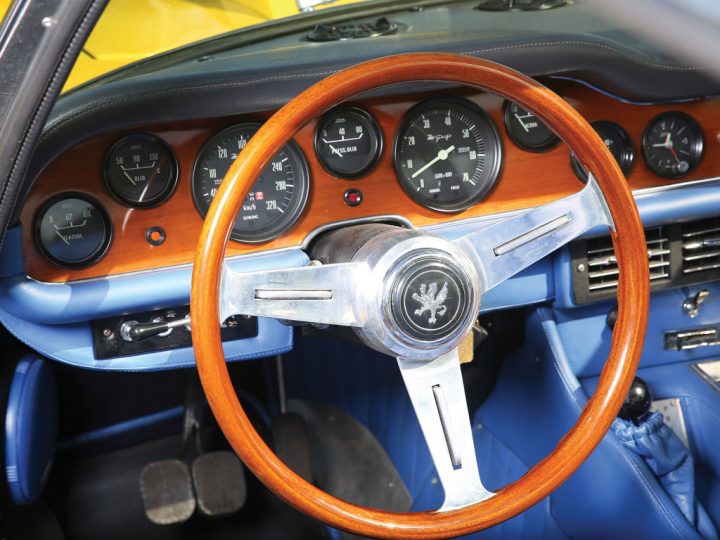 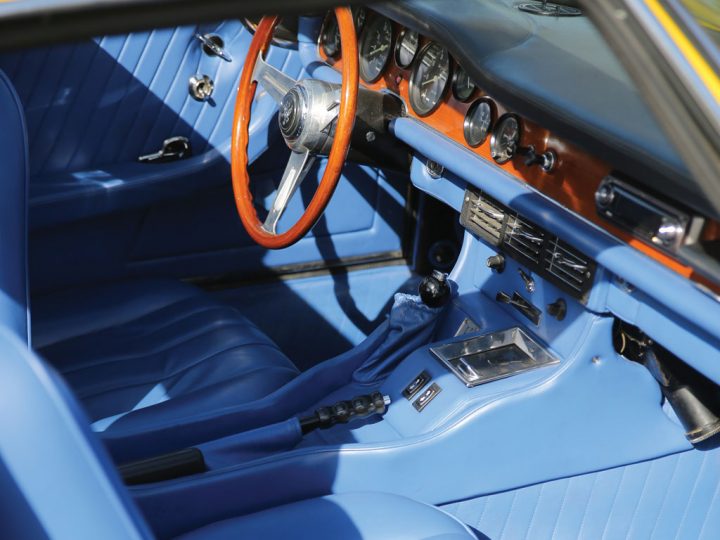 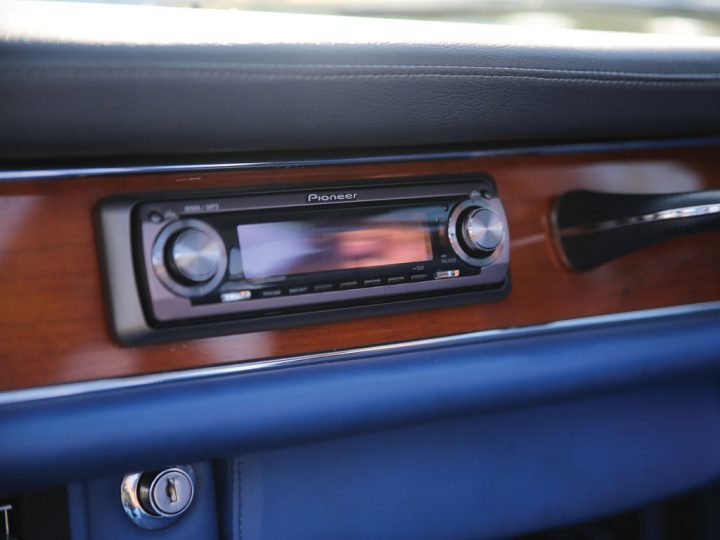 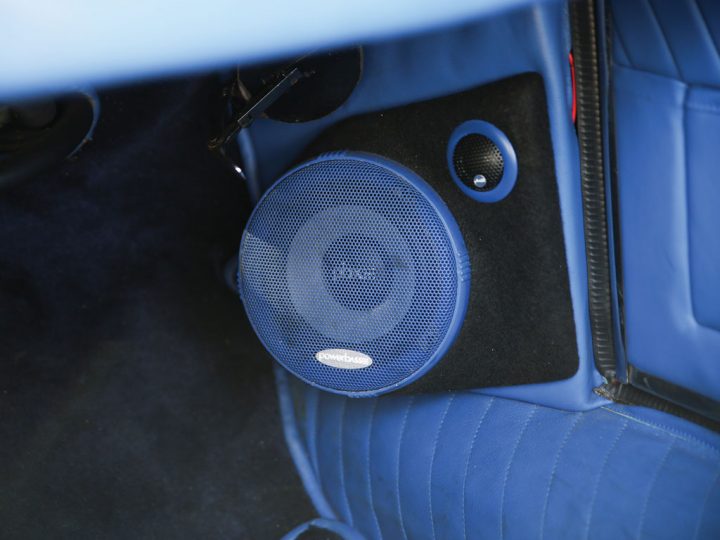 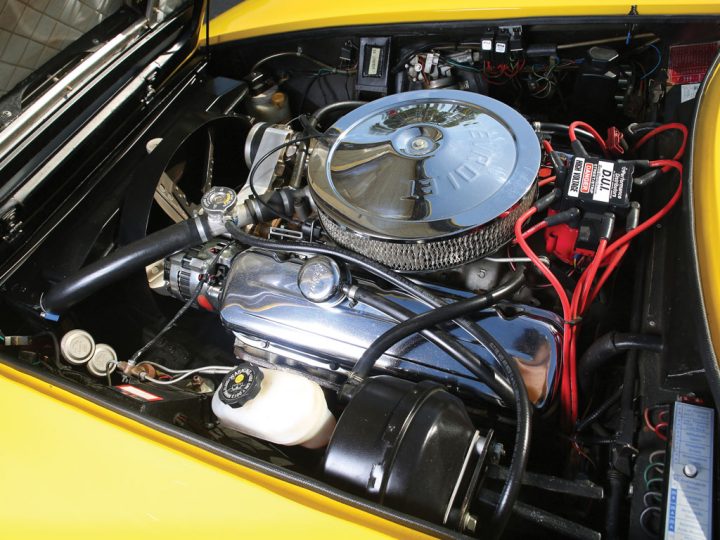 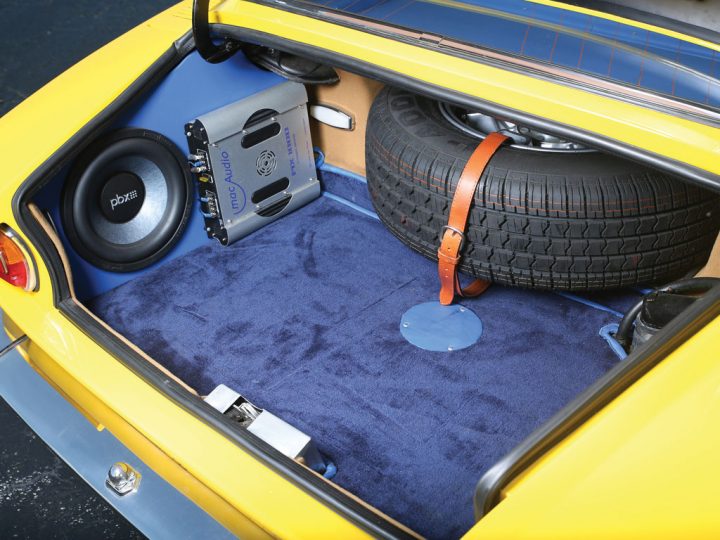 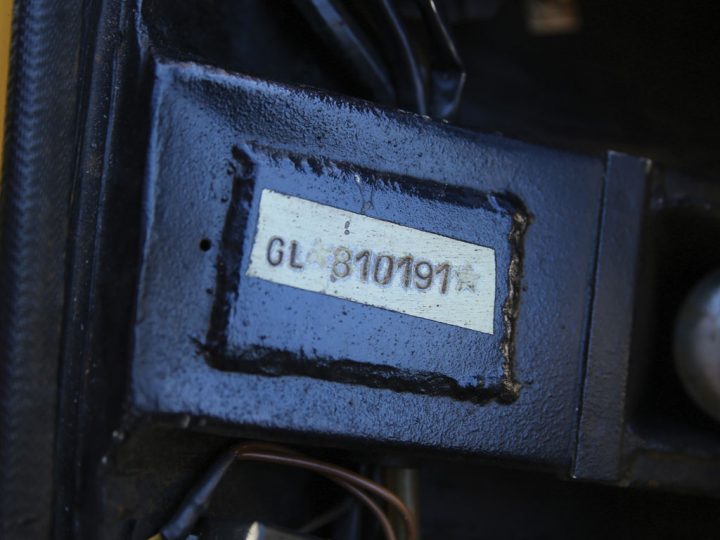