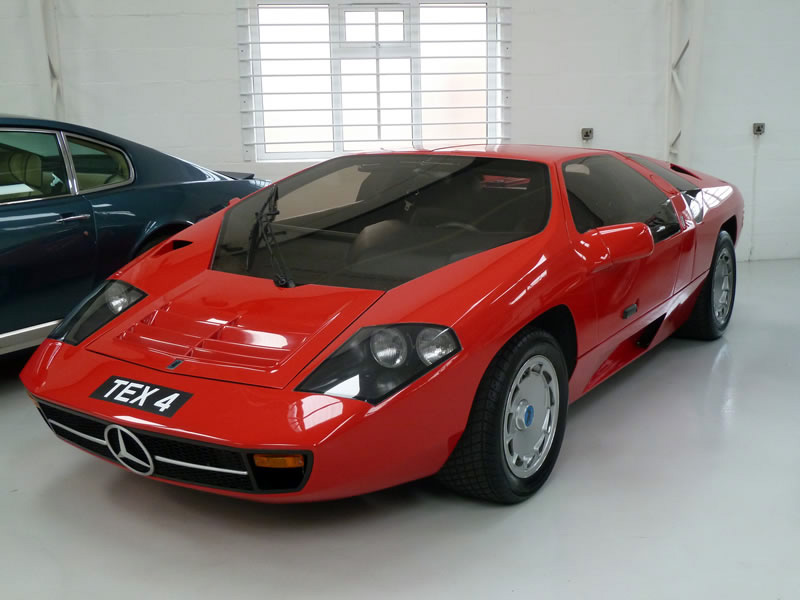 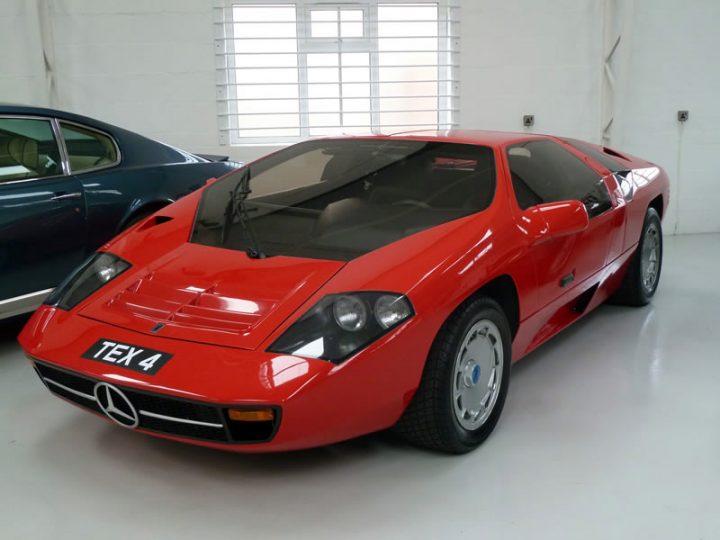 ISDERA, which stands for ‘Ingenieurburo fur Styling, Desigh und Racing’, was the brainchild of Eberhard Schulz, a clever and determined design engineer with a Porsche and AMG pedigree, plus recognition for work amongst others at Recaro, Pirelli and Sauber too. 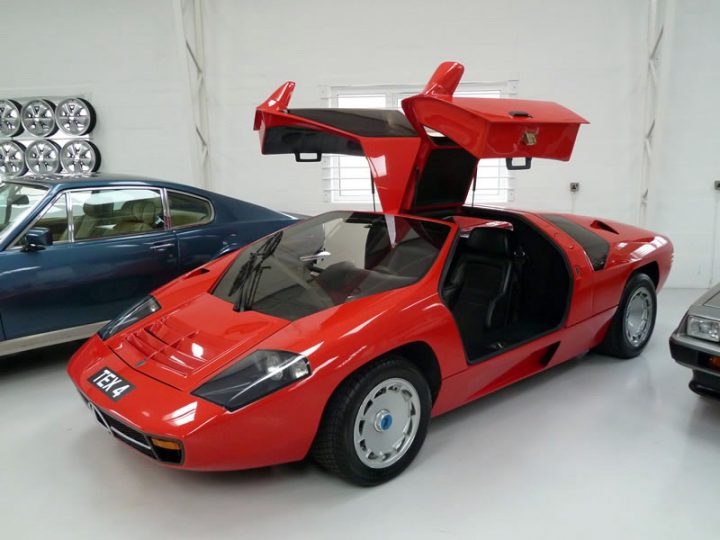 This car, a Imperator 108i, can trace its DNA back to the CW311, a project he worked upon in tandem with the German Tuning House, BB (Ranier & Dieter Buchmann) back in 1978, which was the spirtual successor to Mercedes own Wankel-engined C111 of 1969. Taking control of both project and company in 1984, Schulz first introduced the 108i at the Geneva Salon the same year along side his already well received Spyder 033. 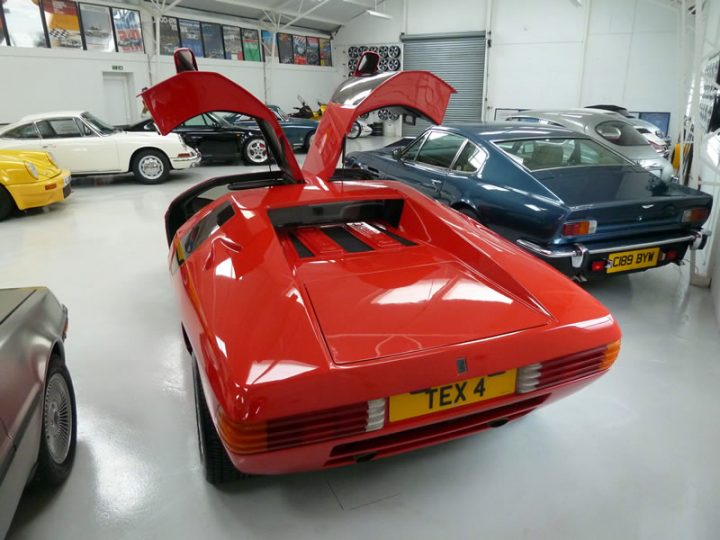 At a little under 14ft long, this is not one of those massive and unwieldy cars; (I’ve included a photo next to the Delorean for size comparison) nor is it a heavy weight, being just 1350 kgs. Power from this 5.0 Litre V8 32 valve unit is 330 bhp which is transferred via the tried and tested ZF 5 Speed gearbox to immense 345/35×15 BBS alloys; we’re talkng sub 5 seconds for the 0-60 dash and something approaching a 180 mph top speed, so propelling this car into real super car performance league…now remember this was 32 years ago, quite phenomenal! 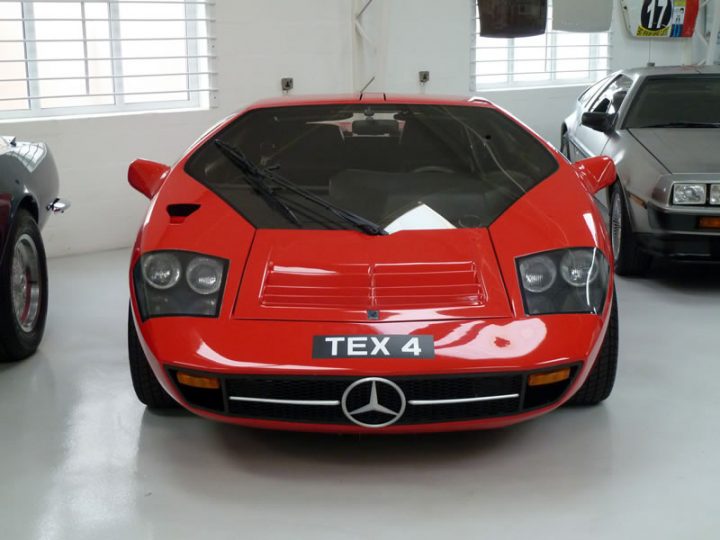 Our red car here, TEX 4, was the 17th Imperator built and the first to adopt the 32-valve 5 Litre V8 Mercedes Benz engine. Interestingly, from this first batch, only 3 went for export, one each to Japan and USA and this actual car, being the sole UK market example. After a six month build, # 02017 was delivered and registered in January 1991 to the evidently patient Ex-Formula One Driver Mike Thackwell. 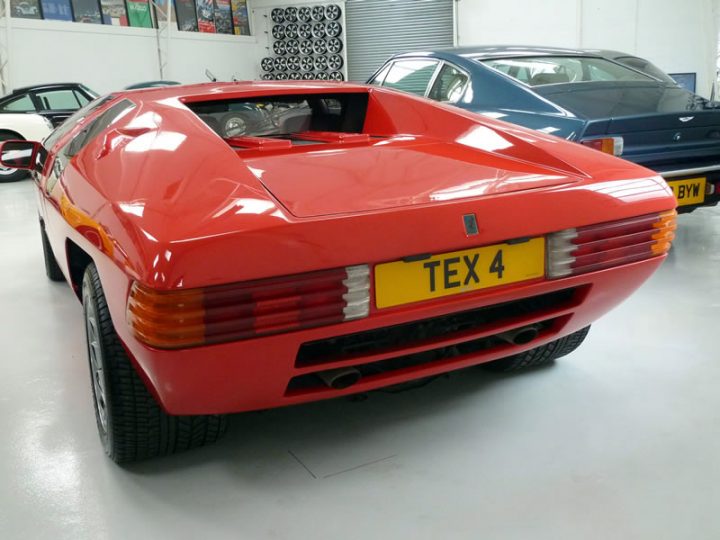 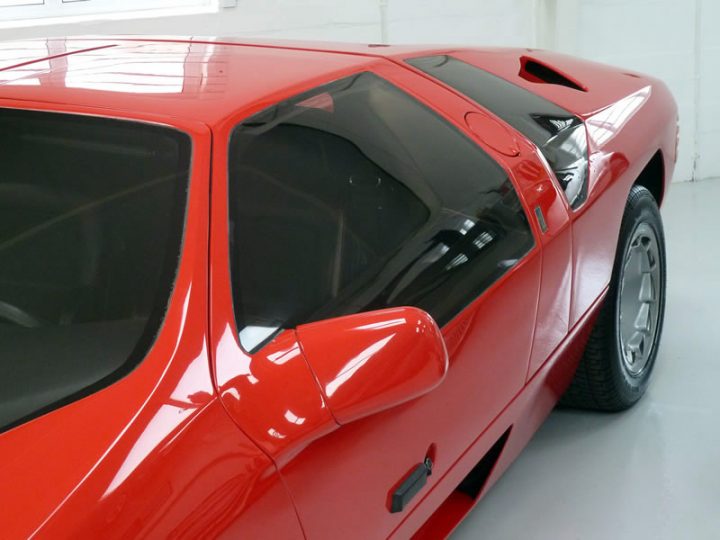 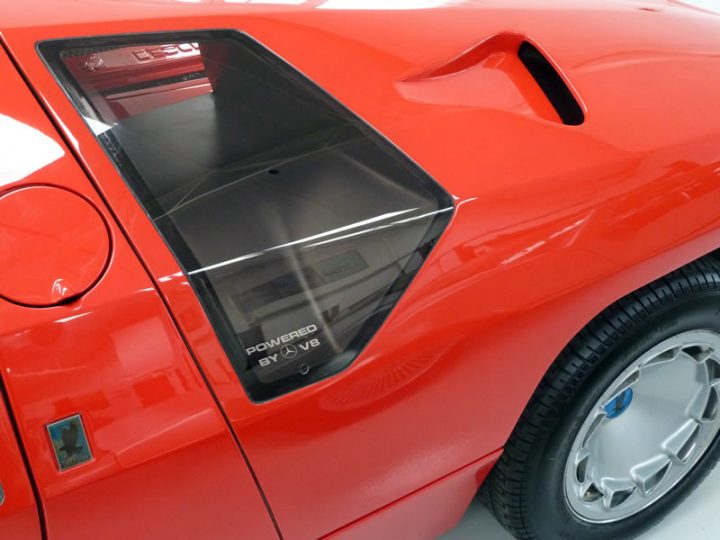 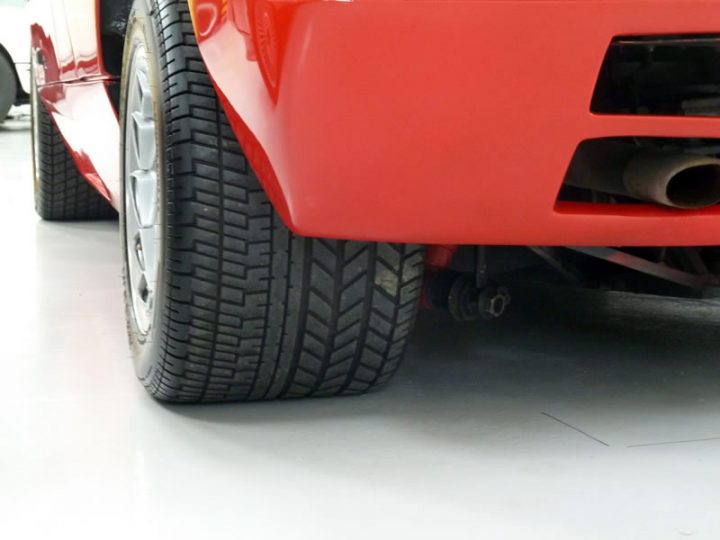 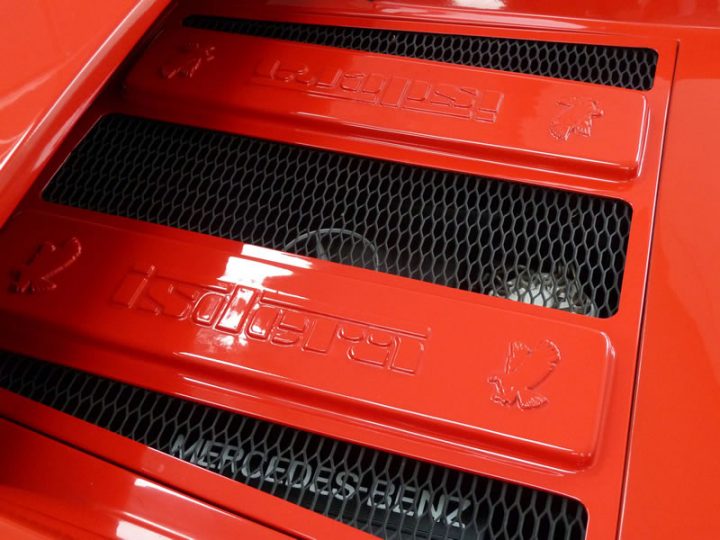 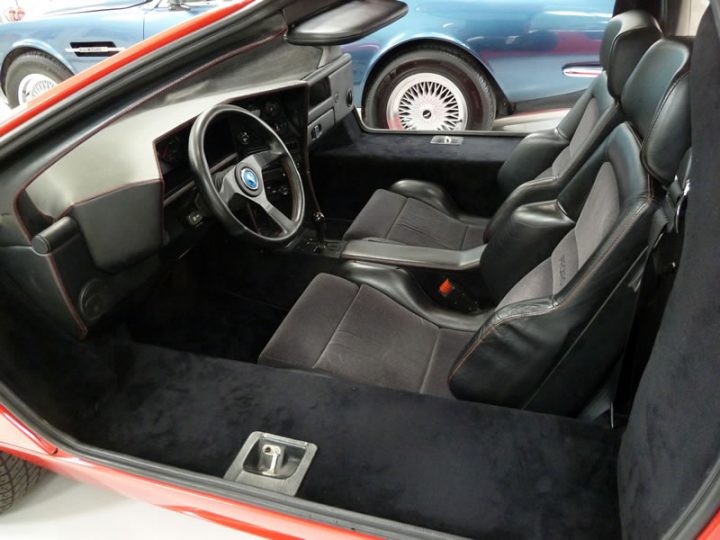 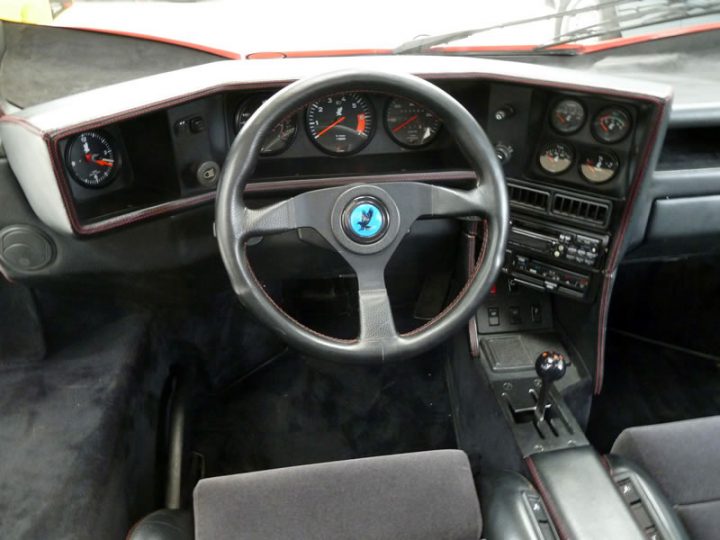 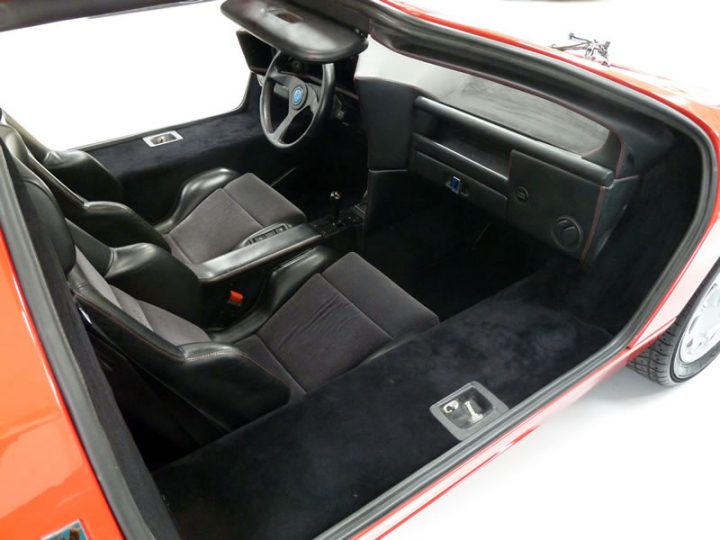 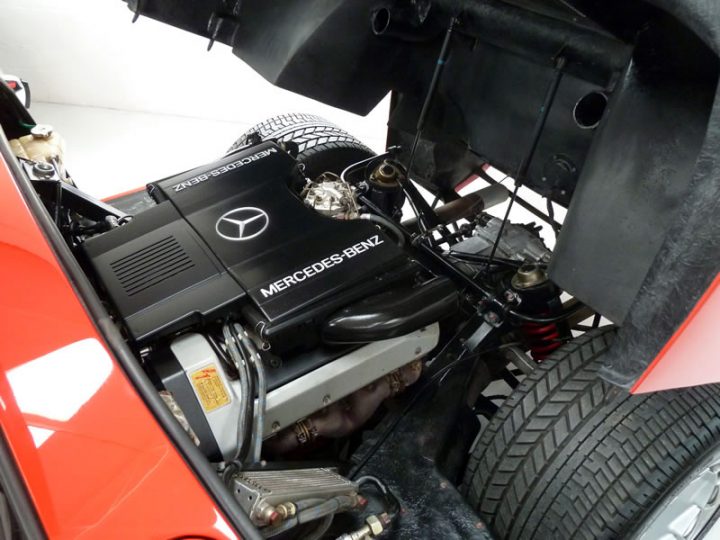 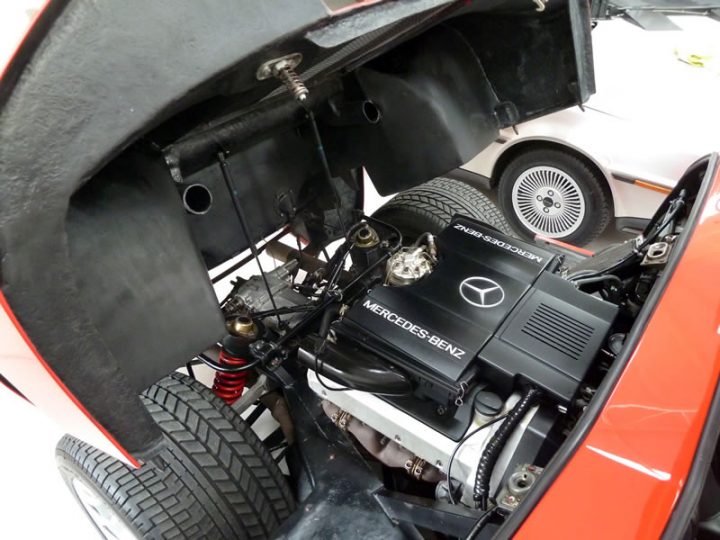