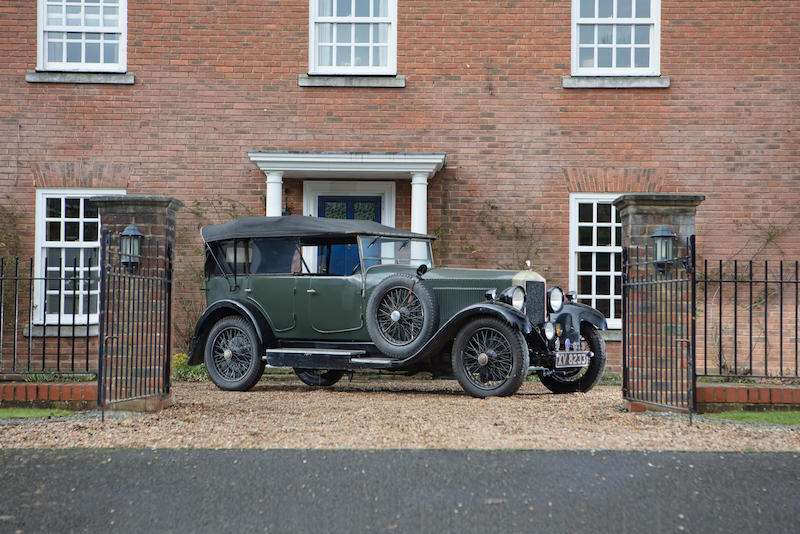 In 1928, Invicta introduced a new 30hp model powered by the ubiquitous Meadows 4½-litre six, which was first shown to the public at the Olympia Motor Show in October. This was substantially the same as the existing 3-Litre chassis, though the gearbox and rear axle were strengthened and a pressed channel-section cross member fitted behind the gearbox, replacing the previous small-diameter tube. Finished to Rolls-Royce standards, the 4½-Litre chassis cost a staggering £985 at a time when the average UK house price was £590! It would go on to form the basis of the successor NLC and famous S-Type ‘low chassis’ sports model.

Like most low-speed engines, the Meadows six produced ample torque in the lower and middle speed ranges. Indeed, the Invicta can be throttled down to 6-8mph in top gear and will then accelerate rapidly and without fuss, still in top gear, when the accelerator is depressed. The acceleration figures given by the contemporary motoring press speak for themselves on this subject. Indeed, in 1930 the Cordery sisters drove their ‘30,000 miles in 30,000 minutes’ high chassis tourer from London to Edinburgh in top gear. This same car was then driven by Donald Healey in that year’s Alpine Trial, winning its class.
The 4½-litre Invicta had few equals as a very fast but comfortable high-speed touring car, its greatest appeal being an ability to cover big mileages at high average speeds with no strain, either to driver or the machinery. These Invictas are also about as indestructible in normal use as a car can be.

A long-chassis model, the early Invicta 4½-Litre offered here carries four-seat open tourer coachwork by the London-based coachbuilder Cadogan, which during the mid-to-late 1920s specialised in producing sporting bodies for quality makes including Bentley, Packard and, of course, Invicta. Remarkably, ‘XV 8233’ has been owned from new by the same family and comes with the original sales receipt showing that the car was purchased on 16th January 1929. Almost certainly manufactured towards the end of 1928, it was bought from the Connaught Motor & Carriage Co Ltd of London, the sole concessionaires.

In 1964 the original owner died and the Invicta passed to his son, from whose estate it is offered for sale. Sympathetically restored, yet in outstandingly original condition, this magnificent motor car will require re-commissioning before returning to the road.