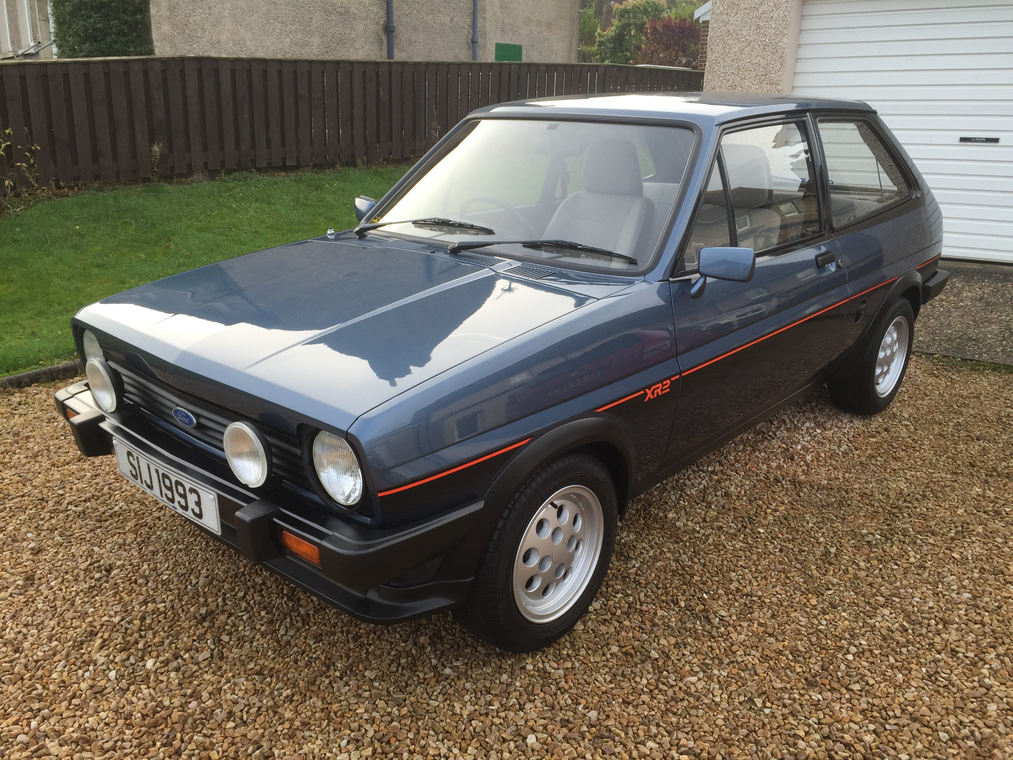 Ford finally entered the mini-car market in 1976 with the launch of the Fiesta. The model proved an unqualified success right from the word go but surprisingly, it took nearly six years before a genuine performance version was added to the range, in the neat & tidy form of the XR2.

This sporting model may well have been inspired by the famous success of the two Ford Fiestas in the 1979 Monte Carlo Rally with the British entry driven by Roger Clark and aided by co-driver Jim Porter, and a German entry piloted by Ari Vatanen and co-driven by David Richards. Both cars were highly modified and were powered by competition tuned versions of the 1600cc Kent ‘crossflow’ engine – a later version of which was fitted in the Fiesta XR2, launched in 1981.

Visually, the XR2 popped into the limelight in a range of new colours, with alloy wheels, large circular driving lamps and black plastic trim decorating the interior and exterior. With a quoted performance of 0-60 mph in 9.3 seconds and 105 mph top speed, the XR2 hot hatch became a cult car beloved of boy racers throughout the 1980s.